Fear & Politics: The Obstacles To Higher Education In Prison 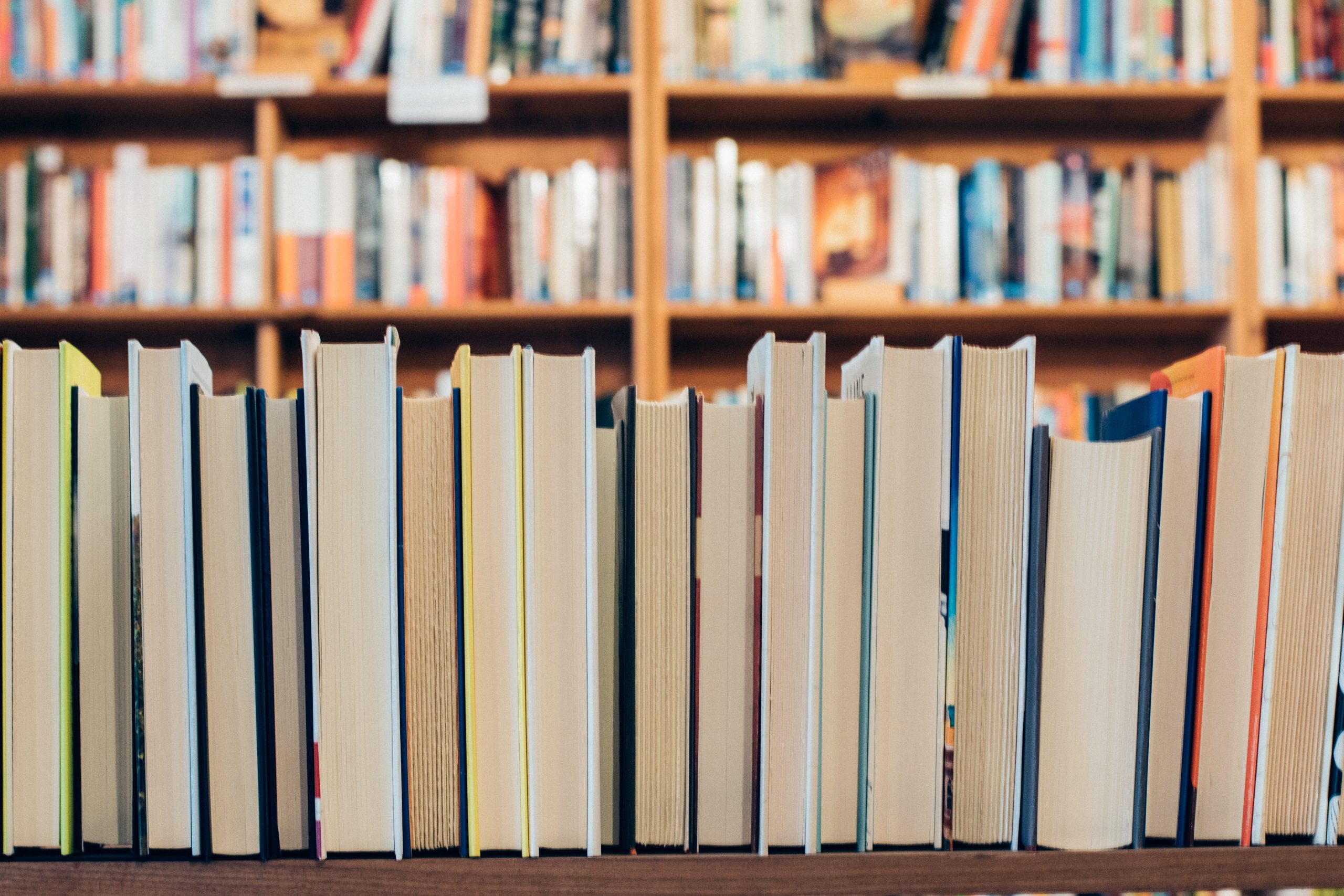 18 Jan Fear & Politics: The Obstacles To Higher Education In Prison

In my last article, we explored some of the major challenges to successful higher education programs in prison as Pell Grant funding returns for incarcerated people this year. In this installation, we will take a more in-depth look at how fear and political maneuvering can prevent academic integrity and dictatorial policies can preclude core objectives of higher education such as critical thinking, adaptation and autonomy.

Starting a HEP program is not for the faint of heart. And with a significant lack of community support, best-practice policies and wide variation state-to-state and prison-to-prison, it is easy to understand why academic integrity can be challenging. The lack of understanding in the field between various stakeholders contributes greatly to the barrage of inequality, biased program implementation and conflicting goals.

Educators can feel tempted to sacrifice their ethical convictions to maintain “credibility” with prison officials. Because access to prison spaces is dependent solely on DOC approval, fear often drives educational programs. These fears are real in that the DOC can literally remove anyone or any program for any reason at any time in the name of “security.” Prison rules are subjective, based on antiquated policies and are often changed as seen fit to maintain control. When educators intersect with such a stringent system, accountability remains low and advocacy near to impossible.

Higher education programs in prison also often compete for limited resources in program implementation. As a result, competition drives progress rather than relationality. Educators that teach methodically on campus may feel forced to adapt curriculum and teaching style in ways that interfere with adult learning needs. Often, prison officials require these adaptations to meet prison “needs.”

Instructors often lose valuable classroom instruction time because of prison “security” requirements. Instructors must make constant modifications due to pedagogical restrictions. And, as a result, prison officials can severely limit students’ educational supply needs. The lack of program resources and constant battle between educators and prison officials diminishes educational objectives that are vital for students to be successful.

One of the worst examples of this is the struggle educators face when, after empowering students toward lives of flourishing, prison officials retaliate against students for exercising free-thinking, challenging oppressive norms and applying critical thinking. It violates one’s code of ethics as an educator when required to participate in or standby helpless as officials employ dehumanizing measures to maintain “control.” When dehumanization becomes normative, education does not occur.

Reducing violence or recidivism are nebulous goals with almost no valid metrics that one thing works to the exclusion of others. By and large, executing a prison educational program is like throwing darts blindfolded and hoping one hits the bullseye except no one is really measuring adequate distance, speed ratios or individual muscle tone. So, prison officials can become tempted to swing from program to program, desperately hoping to “produce” results, and programs become easily dispensable if there are little to no results that align with “rehabilitative” rationales.

Limited motivations are revealed through the excessive approval processes by DOC for HEP programs that often include syllabus, book, resource, instructor prior authorizations. Often, prison educators adapt curriculum for relevancy in prison spaces to better align student learning objectives. For example, an educator may add readings from Michelle Alexander’s The New Jim Crow or Sun Tsu’s The Art of War. But officials can reject them because they already blacklist titles such as these in most states.

In this way, prison officials prioritize control, conformity and rule adherence over true educational growth. Censorship imposed by prison officials not only restrict learning but give more power than necessary to systems and endanger programs who push back against decisions made outside the appropriate educational scope.

Partnerships with the DOC require careful consideration and navigation because motives and goals are often vastly different. When educators make programmatic decisions because of pressure from the DOC, the possibilities for greater educational inequity, including racial, sexual and gender bias, and sacrifice of educational objectives abound. Educators become complicit in system injustice when they play the political games of a bureaucracy to maintain funding or access.

Other times, educators may be witness to myriad unethical decisions made by DOC and fail to report these violations from fear or coercion. When a prison official makes jokes about a student’s mental capabilities, it is unethical. When a prison official mocks someone’s gender identity or refuses trans people admittance to a program, it is unethical. And when correctional officers retaliate against students or plant “evidence” on a student to have them removed from a program, it is unethical. Yet these types of experiences are common, along with others like HIPAA, ADA, prison policy or human rights violations when officials limit educational opportunities based on subjective judgments. To maintain appearances of educational progress, both prison officials and educators feel tempted to employ harmful tactics or, even worse, neglect student’s felt needs, favoring politically motivated measures of “student success” such as completion or retention rates.

Statistics vary widely regarding the impact of educational programs in prisons. And we have little to no research to identify students’ motivations, student goals or the impact of educational providers who fail to provide the same types of accommodations for incarcerated students as people attending college on campus. With Pell Grant funding returning and very few assessment guidelines, educational programs may need to rely on misdirected assessment objectives to “prove” a program’s validity to the DOC.

Concern #4: Education as a Panacea to “Crime” or Violence

Though the field of higher education in prison is largely focused on advocacy, abolition and equitable access, many programs still view education as the panacea to “crime” or violence. The problem with this aim is that it propagates negative models of “rehabilitation” that focus on individualistic reasons for “crime” and is largely influenced by capitalist systems that ignore systemic harms. There are numerous prison educational programs that emphasize desistence from crime, psychological or sociological transformation or “moral rehabilitation” and only further the false narratives about criminogenic behaviors.

Burl Cain’s famous Prison Seminary Model is a growing trend in prison education programs, especially in the south where “Christian Nationalism” runs rampant. The purpose of prison “seminaries” or “field minister” programs tends to focus on religious transformation, replication and multiplication to “solve” crime and change prisons from the inside out. Most of these educational programs rely on DOC contracts to operate their program and walk dangerously close to mixing religion and state affairs.

Another example is the NC Field Minister program whose mission is to equip incarcerated people of any faith tradition as cultural assets to reduce prison violence. The program has graduated two classes of “field ministers” and flaunts impressive retention rates and amazing “ministry” opportunities. However, contractually the program must adhere to anti-discrimination laws for admission and maintain inclusivity in the classroom even though the core curriculum is explicitly “Christian.

When NC DAC reports publicly on the program, they do not hide the fact that the ultimate goal of the program by educators is widespread “Christian evangelism.” There have been no impact studies to date on the effectiveness of the field ministers serving throughout the state on prison culture, and studies that do exist on similar programs rely on quantitative data and outsider assessment mechanisms.

“Most of these educational programs rely on DOC contracts to operate their program and walk dangerously close to mixing religion and state affairs.”

If programs such as these receive Pell Grant funding, not only is there a clear conflict of interest between state and religion; most schools that offer “Christian” programming receive Title IX discrimination exemptions. The school that offers the NC program is Southeastern Baptist Theological Seminary, which actively screens on-campus student admission and enrollment based on “Christian” testimony, policies that discriminate against certain people and a signed commitment to abstain from premarital sex, abortion and divorce. Students found in violation of these discriminatory practices are required to undergo pastoral counseling toward “repentance” or “conversion” or they are dismissed from the school. The risks of widespread abuse by programs receiving Pell Grant funding outweigh the benefits of increased implementation if strict guidelines for approval and funding are not applied widely to HEP programs.

This is the second part of a multi-part series on Pell Grant funding and higher education in prison. In the next instillation, we will take a look at some of the positive applications of Pell Grant funding through the Second Chance Pell sites from 2019 to 2022. We will also look at the possibilities of increased education in prison can play toward ending mass incarceration. Click here for the other articles in this series.