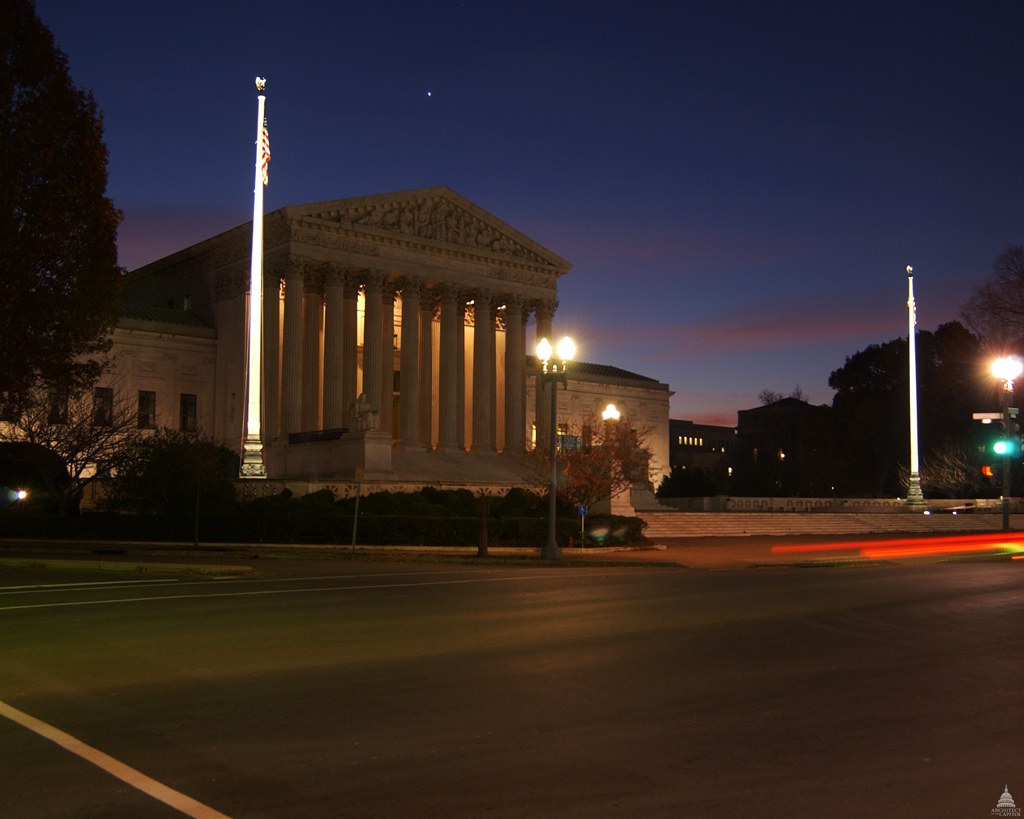 In the United States, it’s pretty clear that the government should tread lightly when it comes to religious beliefs. The First Amendment, for example, states that “Congress shall make no law respecting an establishment of a religion, or prohibiting the free exercise thereof….” Similarly, Title VII of the Civil Rights Act of 1964 prohibits federal agencies from discriminating based on their religious beliefs. In fact, Title VII even requires that federal agencies reasonably accommodate religious beliefs unless doing so would impose undue hardship on the agency.

But these requirements to tread lightly don’t guarantee that politicians won’t eventually find themselves wading around in your religious beliefs. The potential for such government intervention reared its ugly head last week in an opinion from the United States Supreme Court in a case called Ramirez v. Collier. That case involved a request for a preliminary injunction by someone on death row named John Ramirez. Ramirez wanted his pastor to “pray over” him and “lay hands” on him during his execution. This meant that a court must decide whether such requests were, as the Supreme Court put it, “sincerely based on a religious belief.”

Almost every judge to consider Ramirez’s requests didn’t doubt the sincerity of his beliefs. As Chief Justice John Roberts recognized in the Supreme Court’s majority opinion, “neither the District Court nor the Court of Appeals doubted that Ramirez had a sincere religious basis for his requested accommodations.” Eight of the nine Supreme Court Justices didn’t doubt the sincerity of the religious basis for Ramirez’s requests either. In total, that’s 12 out of 13 judges — one U.S. District Court Judge, three U.S. Court of Appeals Judges and eight Supreme Court Justices — who didn’t doubt Ramirez’s religious beliefs. The 13th? Justice Clarence Thomas.

From the beginning, Justice Thomas’s time on the Supreme Court has been a roller coaster.

Justice Thomas’s legacy will be interesting. He came to the Supreme Court with virtually no judicial experience. “As a 43-year-old with barely one year of experience on the judiciary under his belt,” his Oyez profile explains, “Clarence Thomas was quite young and inexperienced when George H. W. Bush nominated him to the Supreme Court in 1991.” But his value to Republicans was obvious: “He has shown his opinions to lean farther right than any other justice on the bench today.”

The memories of Justice Thomas’s confirmation hearings could have been defined by his (lack of) experience. Instead, however, they’re often associated with Anita Hill’s testimony about his alleged sexual harassment. “In 1991,” NPR’s Terry Gross writes, “attorney Anita Hill testified that Supreme Court nominee Clarence Thomas had sexually harassed her when he was chair of the Equal Employment Opportunity Commission and she worked there as an adviser to him.” In a fashion that’s hard to imagine given today’s political climate — especially when you think about the way that some politicians have treated President Joe Biden’s current Supreme Court nominee, Judge Ketanji Brown Jackson — politicians from both sides, including President Biden (who was a senator at the time), “grilled” Hill about her allegations.

The Senate eventually confirmed Justice Thomas anyway. And, 40 years later, he still sits on the Court, enjoying his aw-shucks reputation of not asking questions. But those four decades haven’t been without controversy. Just last week, he and his wife, Virginia (“Ginni”) Thomas, made headlines after reporting revealed the steps his wife took to keep Donald Trump in power after he lost the last election. (Justice Thomas was the lone dissenter in a case that, had his view prevailed, would have hidden his wife’s efforts in this regard.)

Justice Thomas weighed Ramirez’s religious beliefs not long after discussing his own.

It’s not out of the ordinary for religion and politics to mix. But, most of the time, for politicians at least, the mix comes in the form of feel-good stories, not work. Back in 2020, for instance, Religion News Service’s Adelle M. Banks wrote on Justice Thomas’s “longtime Catholic faith” and Created Equal: Clarence Thomas in His Own Words, a documentary about his life. Banks describes Justice Thomas as having been “nurtured by his grandfather who raised him….” She discusses the the “nuns who taught him….” And she touches on the “people who prayed with him during his confirmation process to serve on the nation’s highest court.”

The article is a question-and-answer piece with Michael Pack, the producer and director of the documentary. He told Banks he was “struck” by Justice Thomas’s faith. “I’m struck by the depth of Clarence Thomas’ faith,” Pack told Banks. “It was strong when he first had it, but when you have a faith, lose your faith and come back to your faith, in some ways it’s stronger then.” Pack also praised Justice Thomas’s reliance on his religious beliefs during tough times. “I’m also impressed at how Justice Thomas relies on his faith to get him through the difficult and dark moments of his life, especially his contentious confirmation hearing,” he said.

Neither Pack nor Banks seemed to push back on the sincerity of Justice Thomas’s beliefs. After all, why would they? In general, surveys suggest that most Americans try to avoid discussing religion altogether. Roughly half of U.S. adults seldom (33%) or never (16%) talk about religion outside of their family. And a similar percentage (26% and 13%, respectively) don’t discuss it with their immediate family either. So, pushing back on someone’s religious beliefs would certainly be uncomfortable.

The decision to push back on someone’s religious beliefs for an article or a documentary is a heck of a lot different than the decision for a judge to push back on someone’s religious beliefs when considering a request for a preliminary injunction. But it doesn’t necessarily feel less uncomfortable. Yet, in his dissent in Ramirez v. Collier, Justice Thomas did just that. He called Ramirez’s requests that his long-time pastor “pray over” him and “lay hands” on him “a demonstrably abusive and insincere claim….” According to Justice Thomas, Ramirez’s “wielded” his religious-freedom rights under the First Amendment and the Religious Land Use and Institutionalized Persons Act of 2000 “abusively.”

Justice Thomas didn’t have much to support these bold accusations. After all, proving (or disproving) the sincerity of someone’s religious briefs isn’t easy. Ramirez had made his Christianity known in court filings for years by the time the Supreme Court heard his case. Ramirez had also been a member of the Second Baptist Church in Corpus Christi, Texas. And that’s the church that his pastor, Dana Moore, was from. According to Ramirez’s complaint, Moore had provided him religious guidance since 2016, more than half a decade. And, as the Supreme Court recognized, both of Ramirez’s requests “are traditional forms of religious exercise.”

Beyond that, it’s hard to imagine what a person, especially a person who has been locked behind bars for 20 years, could come up with to prove the sincerity of their religious beliefs. But this wasn’t enough evidence for Justice Thomas. According to Justice Thomas, the fact that Ramirez had stated in a court filing that his pastor “need not touch” him two years earlier (when that wasn’t an issue) trumped his other evidence.

Justice Thomas didn’t do anything wrong in judging Ramirez’s religious reliefs. But it still feels uncomfortable.

Judge Thomas didn’t do anything wrong in weighing, and then criticizing, Ramirez’s religious beliefs. Just like him, 12 other judges weighed the same — they just reached a different conclusion. But Justice Thomas’s dissent is a tangible example of how courts are often tasked with judging the religious beliefs of others — especially those held by people on death row. For Ramirez v. Collier, the issue was whether Ramirez’s requests that his pastor “pray over” him and “lay hands” on him were “sincerely based on a religious belief.” Ultimately, 12 judges said yes; one said no. There is nothing improper about that.

But Justice Thomas’s distaste for Ramirez was pretty obvious. He starts his dissent by saying “Ramirez has manufactured more than a decade of delay to evade the capital sentence lawfully imposed by the State of Texas.” Then he goes all the way back to 2004 to justify his accusation that Ramirez’s requests were “but the latest iteration in an 18-year pattern of evasion.” “First consider the night of the murder,” Justice Thomas wrote. “Rather than surrender and face justice, Ramirez sped away from police before abandoning his confederates and fleeing on foot.”

It’s impossible to know with certainty whether Ramirez’s requests for his pastor to “pray over” him and “lay hands” on him are “sincerely based on a religious belief.” So, when judges don’t doubt the sincerity of those beliefs — like one U.S. District Court Judge, three U.S. Court of Appeals Judges and eight Supreme Court Justices did — it’s easy to move past the idea of courts judging people’s religious beliefs. But when a judge discounts someone’s religious beliefs, especially when they do so while blaming the person for fleeing the scene of a crime almost two decades ago, it feels different. It feels uncomfortable.