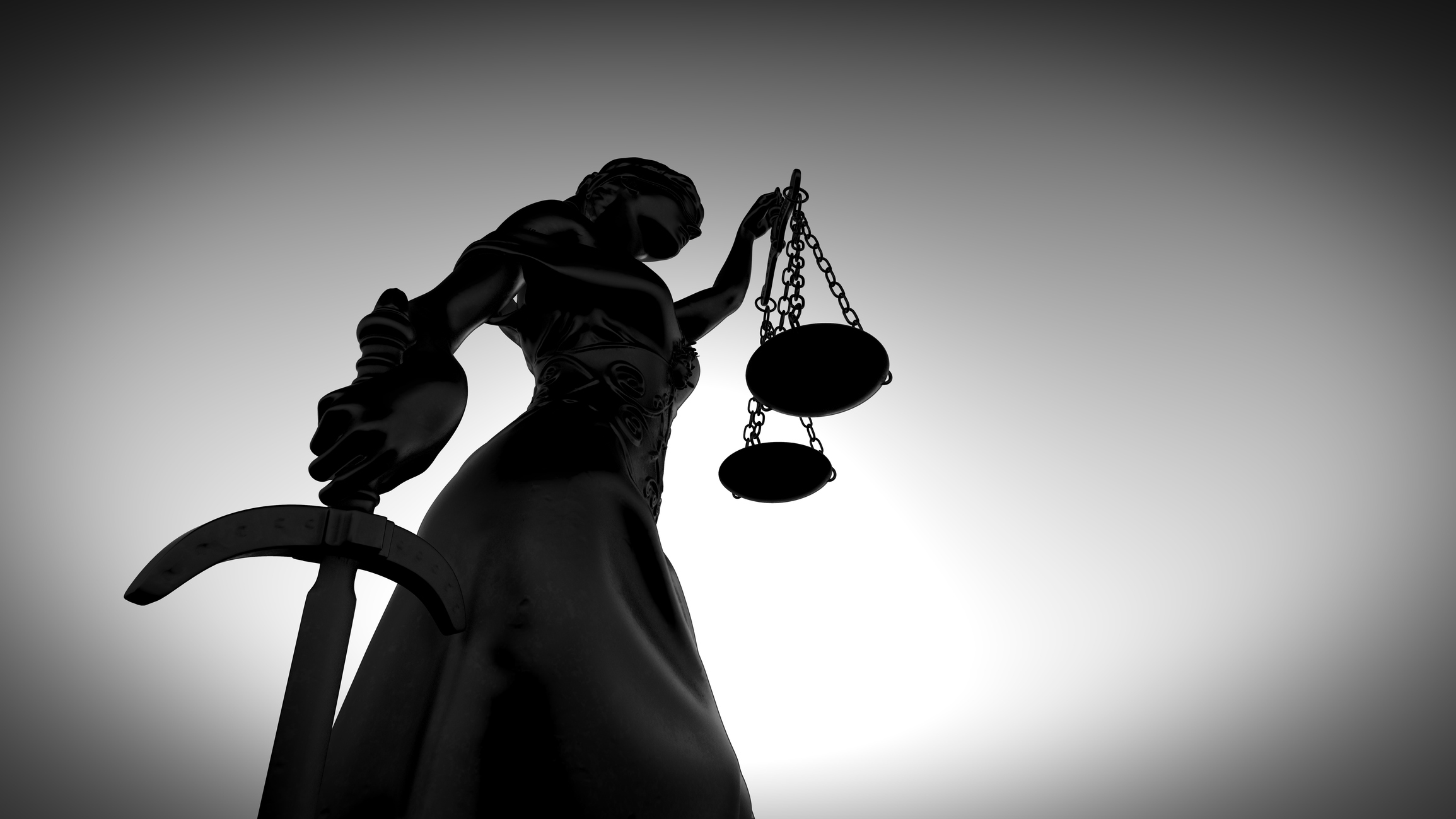 When most people think about the interaction of the justice system and mental illness, they turn to Hollywood. They think of an altar boy (like one played by Edward Norton). They imagine him tricking a charismatic lawyer (like one played by Richard Gere) into believing he suffers from multiple-personality disorder. And they see a dramatic not-guilty verdict.

Like most movies and television shows, Primal Fear is entertaining but inaccurate. It also gives folks an impossible-to-meet understanding of the relationship between the justice system and mental health. As a result, people serving on a jury in a case involving a diminished-capacity defense may not understand.

A man robbed a convenience store and shot the store’s clerk but claimed he suffered from a mental illness.

In July 2015, Dmarlo Levonne Faulk Johnson robbed a convenience store. During the robbery, he fatally shot the store’s clerk and assaulted a police officer while leaving the store. No one disputed that defendant did, in fact, commit the acts at issue. Instead, the criminal prosecution came down to whether or not he was “legally sane” at the time. According to Johnson, “he acted with diminished capacity.”

Johnson was known to have “below-average intelligence” and “suffered from bipolar disorder and depression” before the robbery and shooting. However, it wasn’t until approximately six months after the events that his capacity at the time became an issue.

Around that time, a physician met with Johnson and originally opined that he suffered from a form of personality disorder. Later, however, the doctor changed course and diagnosed Johnson with bipolar disorder. In light of his bipolar disorder, the physician asserted that Johnson acted “with diminished capacity when [he] killed [the clerk].”

Bipolar disorder is a serious and complex mental health disorder that brings many common misconceptions.

According to the National Institute of Mental Health, “[b]ipolar disorder (formerly called manic-depressive illness or manic depression) is a mental disorder that causes unusual shifts in mood, energy, activity levels, concentration, and the ability to carry out day-to-day tasks.”

One of the common misconceptions about bipolar disorder is that it’s completely rare. The truth is quite the opposite. In the early 2000s, the NIMH reported that “[a]n estimated 2.8% of U.S. adults had bipolar disorder in the past year.”

It also reported that “[a]n estimated 4.4% of U.S. adults experience bipolar disorder at some time in their lives.” And, even more alarmingly, nearly 83% of those cases are considered “serious” (as opposed to “moderate”).

Despite its seriousness and prevalence, people have numerous misconceptions about bipolar disorder. For some, it’s the belief that the disorder is rare. For others, it’s the assumption that it’s nothing more than ordinary mood swings. Others might believe that manic episodes actually help with productivity. Many still drastically underestimate the seriousness and complexity of bipolar disorder.

Unfortunately, our country’s justice system isn’t immune from these misconceptions either. Last year, The Atlantic published a piece about a Colorado man incarcerated with bipolar disorder. The story painted a heartbreaking picture of a disabled man missing his opportunity for much-needed mental health treatment while he sat in jail waiting for a competency evaluation.

While Johnson presented his mental illness defense, three appellate judges couldn’t agree if his trial was a fair one.

In his case, Johnson got the chance to present his bipolar disorder to the jury. And the jury convicted him of first-degree felony murder and robbery with a dangerous weapon anyway. To some, that might mark the end of the story. For others, though, there’s more to it.

On appeal, Johnson took issue with a Durham County Superior Court Judge Rebecca W. Holt’s decision. Judge Holt allowed the prosecution to present jail calls involving Johnson from around the time he first met with the physician who diagnosed him with bipolar disorder. According to the defendant, that decision violated his constitutional rights. At a minimum, Johnson sought an adjournment so his lawyer could have a chance to review those specific jail calls.

But Judge Holt rejected that argument, and two North Carolina Court of Appeals judges agreed with that decision. In a 2-1 divided opinion, Judge Chris Dillon, writing on behalf of himself and Judge Phil Berger, Jr., concluded that more time wasn’t necessary. Judge Dillon emphasized that Johnson’s trial attorney “knew for quite a while that recordings of these calls existed.”

That contention is accurate, but context is important. The prosecution waited until the very last minute — the day before trial — to announce its decision to play recordings of nine of the jail calls. Was Johnson’s attorney aware of these calls? Sure. However, the prosecution originally and repeatedly told Johnson’s attorney that they would not present any of the more than 800 such calls during the trial.

This was one of several factors that Judge Donna Stroud focused on in her dissenting opinion. She wrote, “The majority glosses over the actual timing of the production of the phone calls and the State’s repeated assurances it did not intend to use any of the phone calls.” One email from the prosecution that Judge Stroud emphasized stands out: “I do not intend to introduce any of the jail calls….”

Finally, Judge Stroud pointed out the seemingly impossible nature of the suggestion that Johnson’s attorney should have “listen[ed] to the approximately three and a half hours of phone calls” — much less the “90 to 140 hours of calls” total — during a 15-day trial.

Johnson got a chance to present a diminished-capacity defense to a jury. That’s more than some criminal defendants get to say. But, between the Hollywood-created expectations, the common misconceptions about bipolar disorder, and the last-minute nature of the prosecution’s decision to present evidence rebutting the diminished-capacity defense, it’s hard not to wonder whether Johnson’s trial actually reflected the complex and serious nature of his bipolar disorder.

Unfortunately, Johnson’s case is just one of many where justice reform and mental health advocates are left wanting more.

Because of the complex nature of mental health, some states, including North Carolina, impose legal requirements on court proceedings involving someone with a mental health disorder. In North Carolina, for example, lawmakers imposed requirements to ensure that court proceedings include a record to show that the court at least considered mental illnesses. But what happens when courts don’t meet those requirements? A recent Court of Appeals opinion illustrates that the answer to that question is never clear.

Amber suffered from several mental illnesses, and a Gaston County judge placed her in a detention facility.

At the time of the case, “Amber” (a pseudonym used by the North Carolina Court of Appeals) was 15 years old and suffered from PTSD, depressive disorder and unspecified disruptive, impulse-control and conduct disorders. Amber’s father kicked her out of the home after several instances of domestic violence and alcohol abuse. Amber moved to her mother’s home, but her mother eventually turned Amber over to the Gaston County Department of Social Services after dealing with her own mental-health issues.

After six escapes from youth foster and group homes, five vehicle thefts and a removal of an ankle monitoring device, a hearing was scheduled before Gaston County District Court Judge Michael K. Lands about Amber’s placement.

In the case, the government asked Judge Lands to place Amber into a youth detention center. Amber’s counsel, on the other hand, wanted her placed in a psychiatric residential treatment facility due to her mental illnesses. Ultimately, Judge Lands accepted the government’s argument. As a result, he placed Amber in the juvenile division of an adult correction youth development center.

Before Judge Lands placed Amber in the detention facility, though, NC law required a referral to mental-health services.

Specifically, NC Gen. Stat. § 7B-2502(c) requires that, “[i]f … there is evidence presented to the effect that the juvenile is mentally ill or is developmentally disabled, the court shall refer the juvenile to the area mental health, developmental disabilities, and substance abuse services director for appropriate action….”

The statute then requires the area’s mental health, developmental disabilities and substance abuse services director to “arrang[e] an interdisciplinary evaluation of the juvenile and mobilizing resources to meet the juvenile’s needs.” Judge Lands did not do that.

In a divided opinion, the NC Court of Appeals vacated the placement based on the judge’s failure to comply with the statute

In a 2-1 opinion, the North Carolina Court of Appeals reversed Judge Lands’ placement decision. Judge Lucy Inman, writing for the majority, emphasized the statute’s use of the word “shall.” “[T]he word ‘shall’ indicates a statutory mandate that the trial court refer the juvenile to the area mental health services director for appropriate action,” she explained.

One Court of Appeals judge disagreed, asserting that the failure to address Amber’s mental illness didn’t make a difference

Judge Philip Berger, Jr., disagreed. According to him, “the juvenile … failed to show that she was prejudiced by” the statutory violation. In his view, the fact that Judge Lands violated NC Gen. Stat. § 7B-2502(c) was largely inconsequential to the outcome of the case.

According to him, the majority’s decision will merely “send this case back” for Judge Lands for the same decision. And, in Judge Burger’s view, there were only two options: place Amber in “a secure YDC facility” or “an in-patient treatment facility” with “lax security.”

For the majority, though, the record didn’t support this criticism. “[W]e are unconvinced that remand would simply have the trial court ‘receive and consider the same information it has already heard’ based on a close examination of the record below, Judge Inman wrote.”

Judge Inman also pointed out “that there was no testimony as to whether the ‘interdisciplinary evaluation . . . and mobiliz[ation of] resources’ required by the statute is the same as or equivalent to the coordinated care assessment Amber had received” so far. Therefore, she wrote, “any conclusion to that effect [is] conjecture.”

With hundreds of thousands of people with mental illnesses behind bars, court compliance with mental-health laws is crucial

The numbers are even more staggering for juveniles. Some studies indicate that more than half — between 50% and 75% — of juveniles who encounter the justice system meet the criteria for a diagnosable mental illness.

Laws like NC Gen. Stat. § 7B-2502(c) create necessary steps to help keep the justice system from sweeping mental illnesses under the rug. And North Carolina’s courts make it clear that the statute applies if there is “any evidence” of a mental illness. But that step is only effective when taken. The majority opinion in this case made sure that no judge skipped that step.