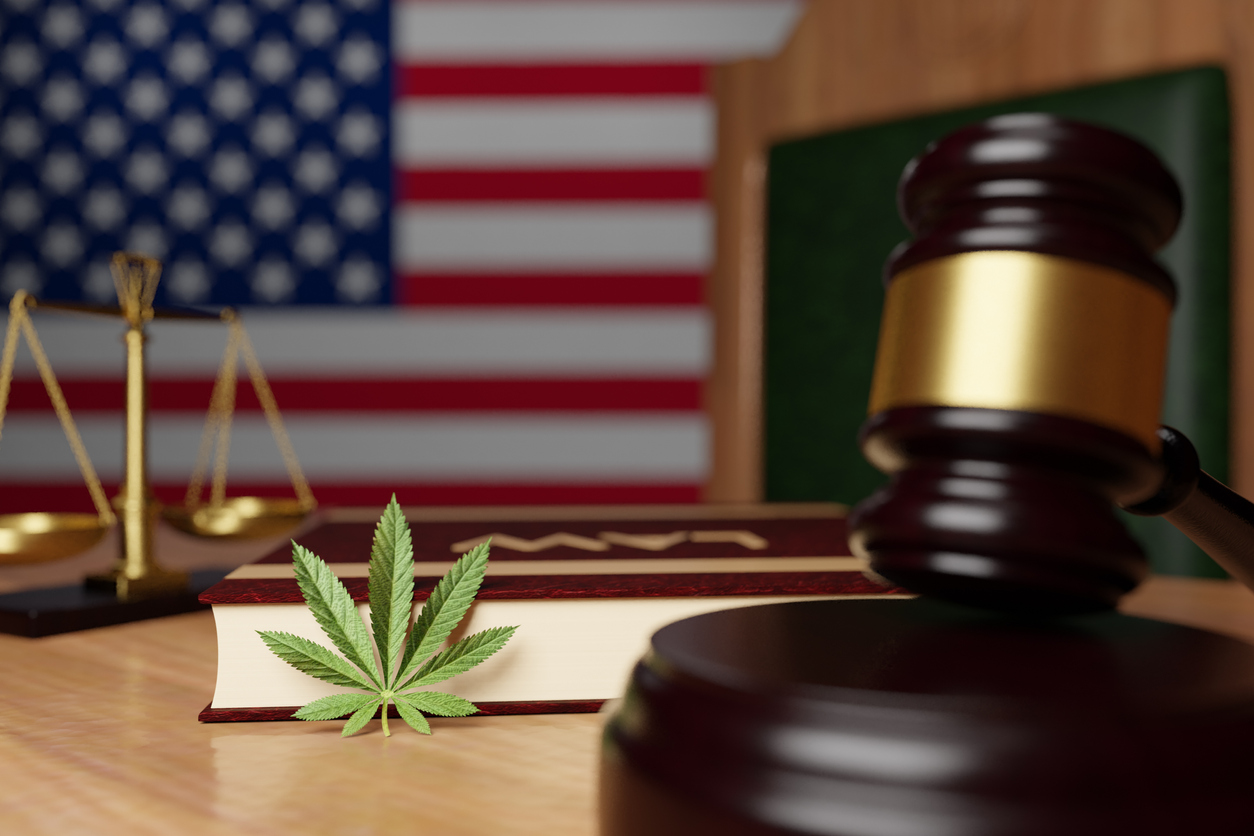 How Cannabis Went From Common To Criminal

Cannabis was once common throughout the United States. For example, in 1619, the Virginia General Assembly required farmers to grow “hemp,” and hemp was a legal tender in Virginia, Pennsylvania and Maryland. “Hemp” is the term for cannabis use in industrial or commercial industries, such as textiles or animal feed. Hemp generally has a lower THC content than cannabis, but that’s the only difference between the two terms. Cannabis sold in pharmacies during in the late nineteenth century.

The first large movement against cannabis was the Mexican Revolution in the early 20th century. When people sought refuge in the United States, they brought over cannabis. At that time, cannabis was a legal cross-border import. Racist sentiments US citizens had towards those coming into the country extended to their cannabis. Propaganda often connected heavy cannabis use to Mexicans in order to deter individuals from using it. Such sentiment grew to a point where the Marihuana Tax Act of 1937 was born, which ended up regulating and restricting both cannabis and hemp, according to the U.S. Customs and Borders Protection.

How The War On Drugs Impacts Mass Incarceration Today

Today, many argue that cannabis does not fit the definition of a Schedule I substance based on plenty of clinical studies. The reason it was Schedule I is because of the party and racial politics that came along with the War on Drugs. Watergate co-conspirator John Ehrlichman explains, “The Nixon campaign in 1968, and the Nixon White House after that, had two enemies: the antiwar left and black people… by getting the public to associate hippies with cannabis and blacks with heroin, and then criminalizing both heavily, we could disrupt those communities. Did we know we were lying about the drugs? Of course, we did.”

The purpose Ehrlichman reveals was successful with regards to targeting certain communities over others — particularly racial minorities. In 2010, the ACLU highlighted that 52 percent of arrests in the U.S. were for cannabis, but Black Americans are four times more likely to be arrested for possession than their White counterparts. The Drug Policy Alliance reported that Black Americans made up 27% of arrests for drug law violations, despite comprising 13.4% of the U.S. population in 2017. In 2018, the New York Times showed that, in 2018, New York state reported that, out of 75,897 arrests for drug felonies and misdemeanors, 37% were Black and 25% were Hispanic. Yet, Black residents made up just 18% of the population, and Hispanics comprised just 19%. It is also important to note that drug use was statistically equal among all races.

Essentially, the War on Drugs either was intended to be, or turned into, a political strategy to imprison minorities. When considering the issues behind mass incarceration and racist policies, the criminalization of cannabis puts those two issues hand in hand.

What Would Decriminalizing Cannabis Mean For Cannabis Reform?

It is important to note the differences between decriminalization and legalization when it comes to cannabis reform. According to the Marijuana Policy Project, decriminalization is when a state does not give someone jail time for small amounts of cannabis on a first offense. Instead, one may have to pay a fine or face a civil offense or minor misdemeanor. Decriminalization does not mean that one can legally use, possess and grow without any consequence—that requires legalization.

States have taken notice of how cannabis impacts the criminal justice system, and many have stepped forward with decriminalizing the substance. As of now, 26 states and the District of Columbia have decriminalized cannabis. Because cannabis is not decriminalized at the federal level, it leaves a tension between state and federal policy. Further, having any charges involving cannabis can impact an individual’s work and living opportunities after incarceration.

What Steps May Be Coming Next For Cannabis Reform?

Popular opinion shows that Americans accept cannabis now more than ever. According to a recent Gallup poll, 68% of Americans approve of legalization. Yet President Joe Biden’s campaign promoted decriminalizing cannabis and expunging current convictions for cannabis charges only. Thus, at the federal level, it would remain a crime to use marijuana recreationally. But President Biden’s goals to legalize it for medicinal use, leave recreational use to the states and reschedule the substance to the Schedule II category can have a positive impact when it comes to fairness in sentencing.

Several states are looking to reform their current cannabis laws as well. In the Virginia General Assembly of 2021, bills related to decriminalizing cannabis passed through the house and senate. Delaware is also proposing another cannabis decriminalization bill, with hopes that it will pass this year based on switched seats in their general assembly. Rhode Island is following a similar path as Delaware’s, and so is Connecticut.

With President Biden’s plans and state trends, there is hope for decriminalizing cannabis across the country in the next four years. With decriminalization comes better focus on rehabilitation, and criminal justice reform advocates will have yet another victory.