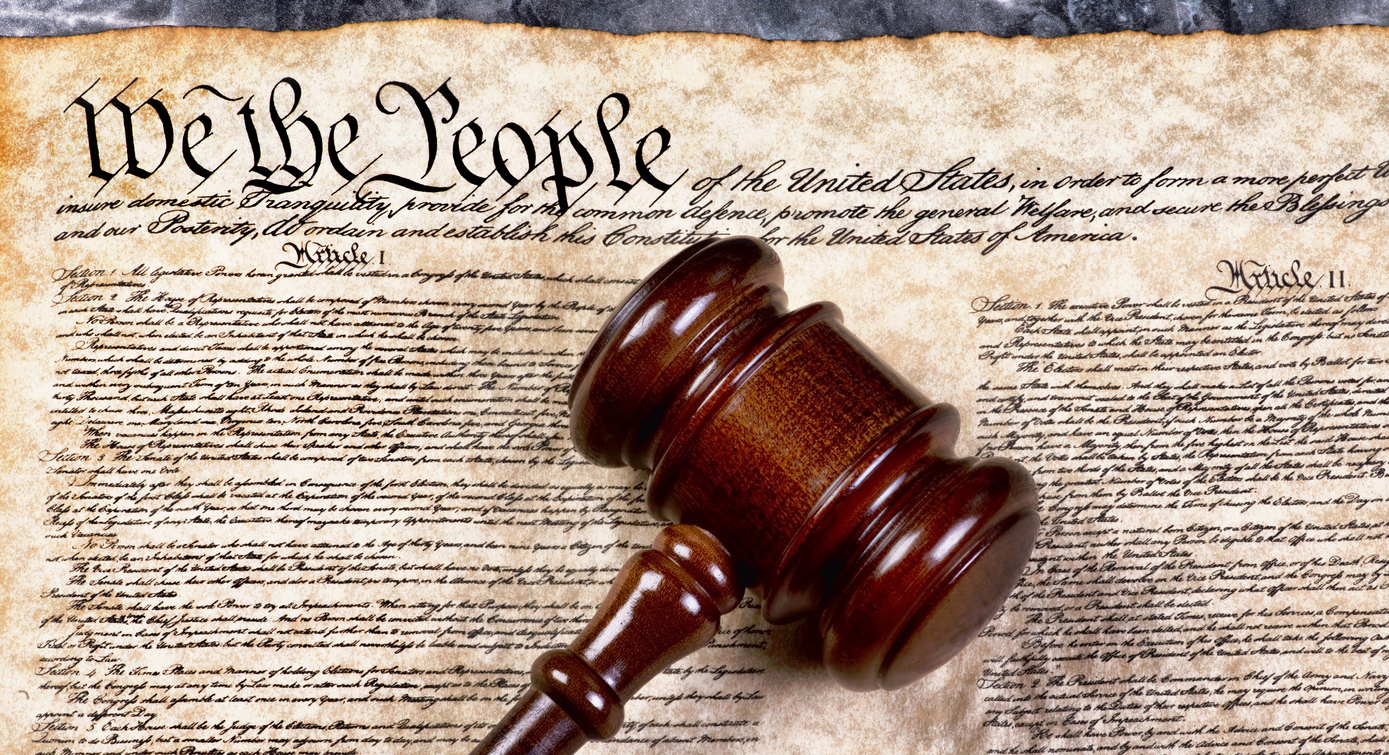 The Sixth Amendment to the U.S. Constitution guarantees anyone accused of a crime “the right to a speedy and public trial, by an impartial jury” “[i]n all criminal prosecutions….” The Fifth and 14th Amendments’ due-process protections also guarantee that no one will be deprived of their liberty by the government without proof beyond a reasonable doubt. So, when the government accuses you of something that could land you in prison, these rights apply. Or at least they should. In a divided decision called United States v Haymond, the Supreme Court ensured that they, in fact, did.

The Factual and Procedural Background of United States v Haymond

A jury found Andre Ralph Haymond guilty of possessing child pornography. Federal law authorized the district court judge to sentence him to prison for between zero and 10 years in prison. It also enabled the court to sentence him to supervised release for between five years and life. The district court judge recognized that Mr. Haymond had no criminal history. The judge also emphasized that he worked to support his mother.

For these reasons, the judge believed that he was “not going to get much out of being in prison” for a lengthy time. So he sentenced him to 38 months in prison and 1o years of supervised release.

The district court originally sentenced Mr. Haymond to 38 months in prison and 10 years of supervised release.

After a hearing, the district court judge determined that it was more likely than not that Mr. Haymond knowingly downloaded and possessed 13 child pornography images. Consistent with federal law, the judge did so without using a jury or the beyond-a-reasonable-doubt burden of proof.

Under 18 U.S.C. § 3583(e)(3), the district court judge could impose a new prison term of up to two years. But a second statutory provision, 18 U.S.C. § 3583(k), made things more complicated. It provided if a judge who found, by a preponderance of evidence, that a defendant on supervised release committed one of several specific offenses, the judge must impose a minimum of an additional five years in prison.

For Mr. Haymond, this meant that the district court judge — without a jury or beyond-a-reasonable-doubt proof — must impose an additional five-year prison sentence. Even the judge found it “repugnant” that he had to do so. In fact, the judge said, were it not for the mandatory five-year term, he “probably would have sentenced in the range of two years or less.”

Mr. Haymond appealed his sentence to the U.S. Court of Appeals for the 10th Circuit. On appeal, he argued that the new and higher mandatory minimum prison term required by 18 U.S.C. § 3583(k) was unconstitutional. First, he took issue with the fact that it only required the government to prove that it was more likely than not that he violated the terms of his supervised release. He argued that this standard (i.e., one consistent with the preponderance-of-the-evidence level) should be elevated to the constitutionally required beyond-a-reasonable-doubt standard. He also took issue with the fact that a judge, not a jury, made the decision.

The 10th Circuit Court of Appeals agreed with Mr. Haymond. In doing so, it held that the last two sentences of 18 U.S.C. § 3583(k), i.e., the provisions requiring the five-year minimum, were “unconstitutional and unenforceable.”

Based on the 10th Circuit’s decision, the district court judge resentenced Mr. Haywood to 28 months on the violation, which reflected the amount of time Mr. Haymond already served at that point.

In 2019, the United States Supreme Court decided to review the case.

The United States Supreme Court generally agreed with Mr. Haymond and the 10th Circuit. Justice Neil Gorsuch, writing on behalf of himself, the late Justice Ruth Bader Ginsburg, Justice Sonia Sotomayor, and Justice Elana Kagan, began by emphasizing how important our constitutional rights to a jury trial and due process are. Then, after surveying longstanding legal principles, Justice Gorsuch didn’t hold back: “By now, the lesson for our case is clear.”

He began his analysis by recognizing that, “[b]ased on the facts reflected in the jury’s verdict, Mr. Haymond faced a law prison term of between zero and 10 years….” “But,” he continued, “then a judge — acting without a jury and based only on a preponderance of the evidence — found that Mr. Haymond had engaged in additional conduct in violation of the terms of his supervised release.” As a result, 18 U.S.C. § 3583(k) required “a new punishment in the form of a prison term of at least five years and up to life.”

Because of the constitutional prohibitions against depriving individuals of their liberty without both a jury trial and proof beyond a reasonable, Justice Gorsuch, on behalf of the majority of the nine-justice court, ruled that this portion of 18 U.S.C. § 3583(k) was, in fact, unconstitutional.

The U.S. Supreme Court did not, however, address the question of remedy.

The High Court passed, however, on the issue of remedy. The government wanted the Supreme Court to send the case back to have a jury re-decide whether Mr. Haymond violated the conditions of his supervised release. If a jury did so, the government’s position went, then the district court judge who had already sentenced Mr. Haymond to time served would have to resentence him to another five-year (or more) term.

But Mr. Haymond already completed the sentence imposed by the district court judge after the 10th Circuit’s decision. So he obviously contested the idea of giving the government yet another chance at a longer sentence.

The Concurring and Dissenting Justices’ Views

Justice Breyer agreed with Justice Gorsuch’s ultimate decision — to declare 18 U.S.C. § 3583(k) unconstitutional and send the case back to the 10th Circuit to address the question of remedy. Because 18 U.S.C. § 3583(k) essentially created punishments for new criminal offenses, Justice Breyer opined that someone like (and including) Mr. Haymond maintained various rights, including the right to a jury trial.

But Justice Breyer also agreed with his dissenting colleagues in one respect. Specifically, he agreed about the role of a judge in a supervised-release proceeding. This brings us to the dissent.

Justice Alito, writing on behalf of himself, Justice Clarence Thomas, and Justice Brett Kavanaugh, began by expressing his worry that Justice Gorsuch’s decision was “laying the groundwork for later decisions of much broader scope.” According to Justice Alito, Justice Gorsuch’s opinion “suggest[s] that the entire system of supervised release … is fundamentally flawed in ways that cannot be fixed.”

Throughout the lengthy dissent, Justice Alito continues using small snippets from Justice Gorsuch’s opinion to foreshadow what he describes as a “thinly veiled” attempt at “ending supervised release.” In his view, judges are constitutionally permitted to put someone in jail for a violation of their supervised release without a jury or proof beyond a reasonable doubt. Simply one person (a judge) believing a violation more than likely happened, he asserts, is sufficient protection before someone is deprived of their liberty.

What United States v Haymond Means for the Future

Like most Supreme Court decisions, it’s easy to read United States S v Haymond and wonder what it means for you, about or what’s coming next. To Justice Alito, for example, United States v Haymond means that the constitutional rights to a jury trial and due process may apply in situations where they haven’t necessarily applied before. According to him, it’s “dangerous” to have those constitutional protections apply in situations like when someone is accused by the government of violating a condition of their supervised release.

For others, though, United States v Haymond serves as a sign, albeit a small one, of reassurance. It shows that at least some of the constitutional protections to ensure fairness in sentencing will be preserved.

The Sixth Amendment to the U.S. Constitution guarantees anyone accused of a crime “the right to a speedy and public trial, by an impartial jury” “[i]n all criminal prosecutions….” The Fifth and 14th Amendments’ due-process protections also guarantee that no one will be deprived of their liberty by the government without proof beyond a reasonable doubt. The importance of these constitutional protections cannot be overstated. For Mr. Haymond, the Supreme Court made sure that they had an impact.

Constitutional Rights, Right to a Jury Trial, Right to Due Process