In The Judiciary, Even A Seat Belt Is A Double-Edged Sword 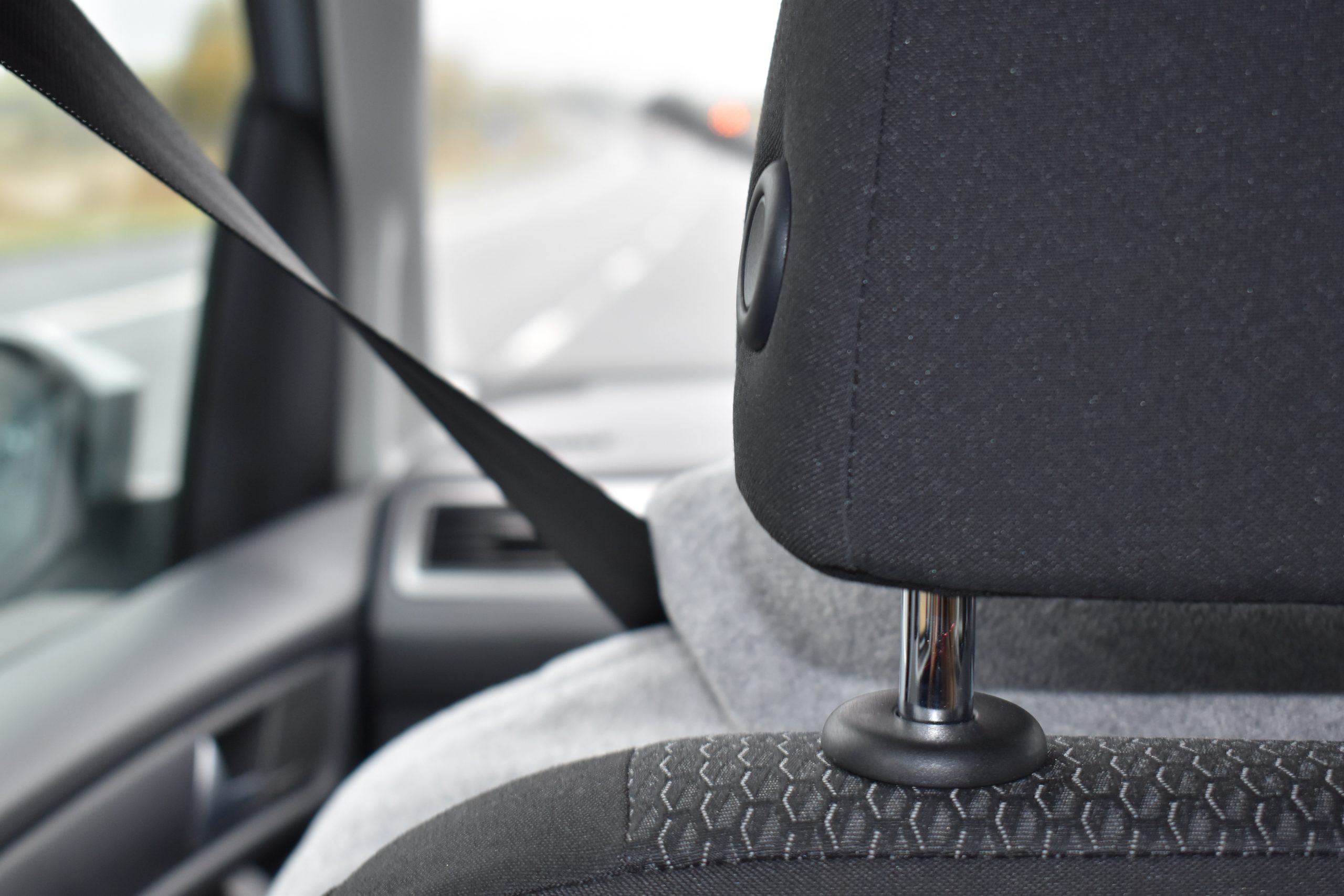 21 Jan In The Judiciary, Even A Seat Belt Is A Double-Edged Sword

There has been a lot of talk about the independence and public perception of the judiciary over the past few years. A few years ago, for example, Americans watched the technicalities of judicial nominations play out as U.S. Senator Mitch McConnell used the timing of Justice Antonin Scalia’s death to thwart a U.S. Supreme Court nomination by President Barack Obama to score Republicans a huge political win on our country’s highest court.

Now with a 6-3 majority on the Supreme Court that’s posed to stay in place for decades, Republican-nominated justices have made it easier for people to have and carry guns in public, reversed Roe v. Wade to give government officials more of a hands-on role in pregnancies, allowed a football coach at a public school to publicly lead football players in prayer and made countless headlines (like this one) about the kind of access political donors have at the Court.

These are the kinds of stories that have become commonplace on a national scale. But judicial independence is a conversation that’s happening at the local level more than ever before, too. For me, an attorney who spent time in a state appellate court as both a research attorney and a law clerk, it’s hard to imagine a better example of the way the judiciary is changing than how judges now view the media.

A decade or so ago, the judge I clerked for didn’t even want anyone to know what news channel she and her husband had on in the morning before she left for the office. Now, one of her colleagues is a regular on Newsmax, a 25-year-old right-wing media outlet that successfully used its pro-Trump bias to gain a new following in recent years.

So, what does the judiciary and politics have to do with a seat belt?

What’s fascinating about the conversation around judicial independence, though, is that politics don’t have to be a part of it. Sure, things like guns, abortion, religion and money are often involved. But they don’t have to be. And it’s hard to imagine a better example of something that doesn’t have an easy-to-find political hot button than wearing a seat belt. Give me a few paragraphs, and I’ll prove it.

Until the late 1950s, automobiles only had two-point seat belts that went across your abdomen. But in 1958, Volvo hired Nils Bohlin, a Swedish engineer and inventor, as its first safety engineer. And Bohlin, the man who designed ejector seats for Saab a few years earlier, designed the three-point seat belt that you’re almost certain to use when you get in your car later today. Of course minor details have changed over the past 65 years. But, for the most part, Bohlin’s basic design remains.

It turns out I didn’t need a few paragraphs. After just one, you’re bored out of your mind. I don’t care if you’re a MAGA-’til-I-die Baby Boomer, a Gen Z or Millennial who isn’t scared of the word “socialism” or someone who yearns for the days of the Clinton and Bush families, you don’t have strong political views on seat belts. Maybe you wear them. Maybe you don’t. But, either way, you don’t feel strongly about it.

Yet something as simple as a seat belt is the kind of thing that has Americans asking more questions about how their justice system works. And the reason why is as straightforward as it is unsurprising: No matter what courts decide, it feels like we lose and the government wins — even when it comes to seat belts.

When you don’t want to wear a seat belt but can, the government wins.

If you’ve ever been pulled over for not wearing a seat belt, you know it’s usually not cheap. Back in 2015 when Tennessee doubled its fine for not wearing a seat belt, this article in The Tennessean praised Tennessee for its low fines, which jumped from $10 to $25 for first-time offenses, compared to other states at the time like California ($162), Oregon ($130), Iowa ($127.50), Washington ($124) and Hawaii ($112).

That article was published in November of 2015, and Tennessee Highway Patrol troopers had already issued 103,733 seat-belt citations that year, giving Tennessee’s budget more than an extra $1 million before the change and $2.5 million after the change to play with every year. “Aggressive seat belt enforcement is always a priority for our department,” Tennessee Highway Patrol Colonel Tracy Trott said at the time. “We know that seat belts save lives, and we are hopeful that the fine increase will help change behavior across the state.”

This life-saving perspective is abundant in court decisions as well. In a case called Nabors Well Services, Ltd. v. Romero, for example, the Texas Supreme Court bluntly stated that “[a] wealth of research has established that seat belts reduce injuries and save lives,” citing a National Highway Traffic Safety Administration study finding that seat belts had prevent more than 11,000 deaths every year.

“A wealth of research has established that seat belts reduce injuries and save lives.”

And as Kenneth Prazak learned the hard way when he fought a $25 seat belt ticket in Illinois, it took a jury just seven minutes to find him guilty and hit him with a fine. In this article on Prazak’s case from The Chicago Tribune, we get a good glimpse into how the government and the public viewed Prazak and, perhaps more importantly, seat belts.

“All this for $25,” Steve Greeley, the Algonquin village attorney who prosecuted Prazak, said at the time, telling people that it’s better for everyone if you fasten your seat belt and pledging to do what he could to get Prazak to also pay the costs of his own prosecution.

John Ulczycki, the managing director of the non-profit Airbag and Seat Belt Safety Campaign at the time, echoed those sentiments. According to him, the burden on government budgets is simply too much to pay for the care of those severely injured in car accidents who don’t have insurance and don’t wear seat belts.

Additionally, he said, bystanders are put at risk when you don’t buckle up because you could be thrown from a vehicle and hit them. Ultimately, at least for Ulczycki, the safety rewards of seat belts were worth the risk of governmental involvement in our lives: “Protecting human life is too much government?”

Yet when you want to wear a seat belt but can’t, the government wins too.

For most of us, this rhetoric around seat belts by judges, police officers and the media isn’t that remarkable. After all, more than nine out of every ten Americans use their seat belts, according to recent polling by the National Highway Traffic Safety Administration. In other words, for most Americans, wearing a seat belt is simply something you do when you get into a car. Ironically, that’s not how the government sees it.

Thomas U. Gage, a contributor for Interrogating Justice, wrote about his “rough riding” experience in this article last year. The term “rough riding” is slang for the transportation of people in custody to and from jails and prisons. For Gage, his “rough ride” was about 45 minutes long in a van more comparable to a vehicle a dog kennel might use to transport animals rather than one designed for transporting people (especially since the equipment was literally manufactured by a dog kennel company).

As you might have guessed from the name “rough riding,” rides in a custodial transport van are often rough. In addition to his own experience, Gage wrote about Randy Cox, a man left paralyzed after “rough riding” threw him from a bench in the back of a van and yelled at, dragged out of the van and dropped into a wheelchair like a rag doll and, eventually, dumped into a cell with additional leg restraints.

You can watch the encounter in this YouTube video. But as Cox’s sister, Layota Boomer, made clear after she watched the video herself, it’s tough to watch. “It made me sick to my stomach. I couldn’t actually finish the whole video,” she said. “They should be ashamed of themselves. At some point in time, somebody should have said, ‘Something is not right.’ ”

“It made me sick to my stomach. I couldn’t actually finish the whole video.”

What’s obvious from Gage’s, Cox’s and almost everyone else’s experiences in transport vans is that seat belts are few and far between. It’s not that the handcuffed individuals placed in these vehicles have the option to buckle up and don’t. It’s that the government literally won’t let them. And, unable to break their falls with their hands stuck in handcuffs, arrested folks find themselves literally thrown around the backs of vehicles as a matter of course.

Yet when police, prosecutors, judges, corrections officials and pretty much anyone else who collects a government paycheck talk about seat belts in these situations, the rhetoric about how important seat belts are and how many lives they save every year seems almost impossible to find. It’s hard to imagine a better example of that than the opinion issued by the U.S. Court of Appeals for the Seventh Circuit in a case called Thompson v. Bukowski last week.

In that lawsuit filed by a prisoner in Illinois who suffered injuries in a “rough riding” incident, the Seventh Circuit ruled that the officers behind the wheel of the transport van could not face liability as a matter of law because of “qualified immunity.” In a general sense, the judge-created concept of qualified immunity protects government officials who don’t have any other legal protections by actual lawmakers.

As a result of qualified immunity, lawsuits against police officers, prison officials and other government actors almost always fail. So, it’s not a big surprise that qualified immunity shielded the officers from any liability in this case too. What makes the Seventh Circuit’s decision in Thompson v. Bukowski remarkable, however, is the lengths the appellate judges went to downplay the fact that officials prohibited the prisoner from wearing a seatbelt.

According to the Seventh Circuit, prohibiting seat belt use isn’t all that risky.

“With regard to the conditions of [the prisoner’s] transport,” the Seventh Circuit explained, “we agree with the [lower court] judge that [the prisoner] did not have a clearly established right to a seat belt.” In fact, according to the Seventh Circuit, “[n]either the Supreme Court nor this court has ruled that transporting an inmate without a seat belt creates an intolerable risk of harm.”

Is it weird for one part of our judicial system to say that transporting someone without a seat belt does not create an intolerable risk of harm while another part of the same system is saying that “[a] wealth of research has established that seat belts reduce injuries and save lives” somewhere else? Of course it is. And while it’s true that these cases involved very different legal issues, the manner in which each decision talks about seat belt use has a trickle-down impact.

It has an impact in how we view seat belts and in how we view the judiciary. And when that judiciary is willing to say that “[a] wealth of research has established that seat belts reduce injuries and save lives” in one breath and that “[n]either the Supreme Court nor this court has ruled that transporting an inmate without a seat belt creates an intolerable risk of harm,” it’s hard not to wonder whether those words really having any meaning at all.