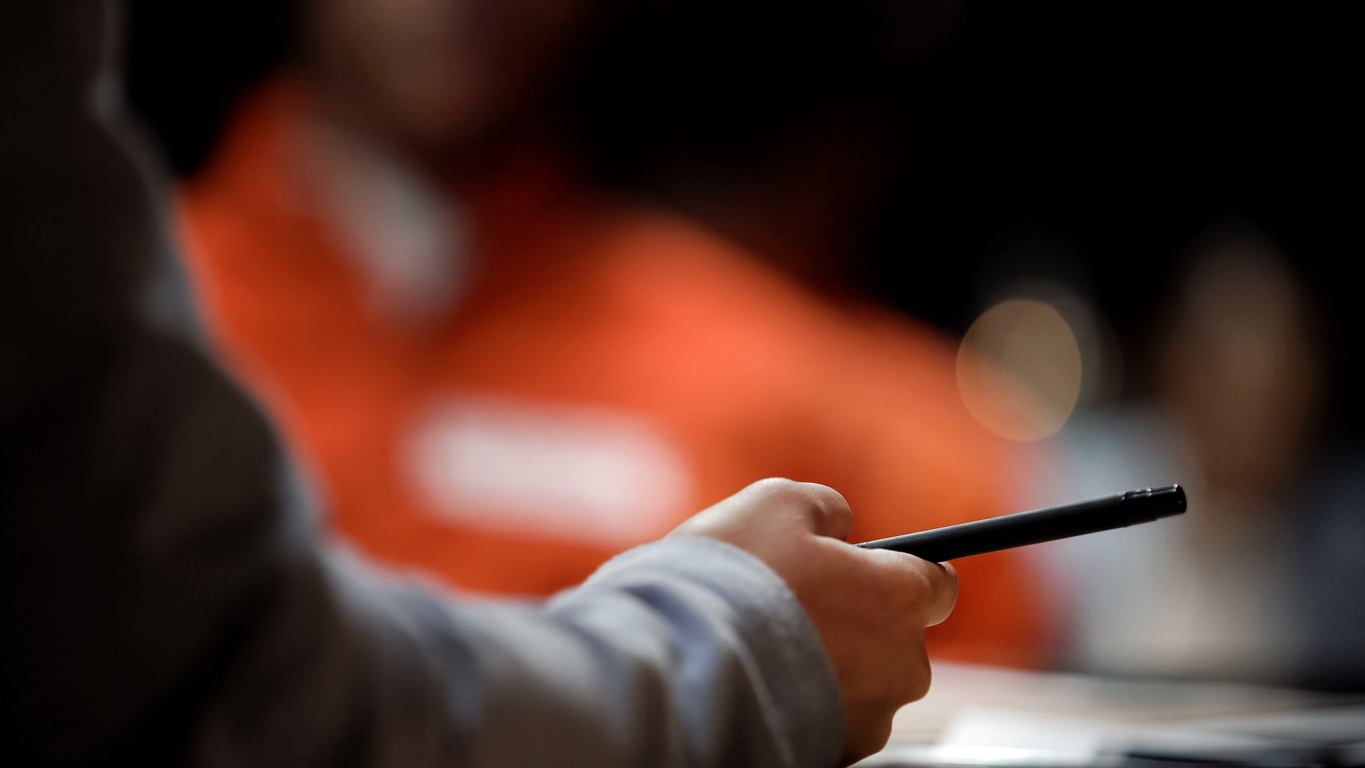 You don’t have to take my word for it. Read the words of U.S. Magistrate Judge Mark Lane, a federal judge in the Western District of Texas, from a case called Mansfield v. Williamson County instead.

According to Judge Lane, there is no “case holding that prosecutors violate the due process clause when they lie or misrepresent the evidence during plea negotiations.” Or, put another (semantically different but substantively identical) way, there is “no case that holds a prosecutor cannot lie or misrepresent inculpatory evidence during plea bargaining.”

According to the U.S. Sentencing Commission, federal judges sentenced at least 57,377 people in 2021. And that’s just in federal court. When you factor in state court convictions, you’re looking at hundreds of thousands—or, more likely, millions—of convictions every year. Multiply that by the 97% and 94% figures, and you have a heck of a lot of guilty pleas. And, in practically every one of those hundreds of thousands or millions of cases that ended in a guilty plea, prosecutors were authorized to “lie or misrepresent the evidence during plea negotiations.”

This article is going to show you what those lies and misrepresentations look like in a typical criminal case.

In Mansfield v. Williamson County, prosecutors lied to a defendant to get a guilty plea.

It’s hard to imagine a better example of a prosecutor lying and misrepresenting evidence to get a guilty plea than what the Williamson County prosecutors did when they prosecuted a man named Troy Mansfield in the early 90s.

On Aug. 13, 1992, a state grand jury in Williamson County, Texas, indicted Mansfield on three counts of sexual misconduct against a child. A couple of months after he was indicted, on Oct. 26, 1992, Mansfield’s attorney filed a motion asking the court to order the prosecutor to disclose all exculpatory evidence consistent with the U.S. Supreme Court’s decision in Brady v. Maryland.

With the requirement that they disclose all evidence favorable to Mansfield hanging over their heads, the Williamson County prosecutors were left with two choices: disclose that evidence or lie and misrepresent the evidence against Mansfield to get him to accept a plea deal first. The prosecutors chose the second option, offering Mansfield, who faced a sentence ranging from 99 years to life, 120 days in county jail in exchange for a a guilty plea to a lesser offense. Mansfield took the deal.

Mansfield has always maintained his innocence. But, when faced with the option to spend 120 days in jail or roll the dice and potentially spend the rest of his life behind bars, Mansfield made the practical choice. As a federal appellate court judge would put it in a later case, “[t]he benefit of pleading—180 days in jail plus probation versus the risk of a life sentence with a trial—was too great to pass up.”

The prosecutors never disclosed this evidence consistent with the court’s order and Brady. Instead, they lied about it, telling Mansfield and his attorney, as the U.S. Circuit Court of Appeals for the Fifth Circuit would later put it, “that the victim would be a strong witness at trial and that they had a doctor’s statement and physical evidence corroborating the victim’s identification of Mansfield.” Of course, the Fifth Circuit said, “[t]hey did not.”

But it worked, and Mansfield pleaded guilty just four days before trial in exchange for what prosecutors would later describe as an “unusually light” plea deal. Obviously, we now know why the offer was “unusually light.” Prosecutors knew that an alleged victim who said “nothing happened” and that someone else “might have done it” isn’t believable.

Mansfield’s conviction was overturned, but prosecutors all over the U.S. still do this.

Eventually, Mansfield learned about the prosecutors’ conduct. And, in 2016, a state court in Texas vacated his conviction, holding that the prosecutors violated Mansfield’s due process rights by lying to avoid disclosing exculpatory evidence as required by the court order and Brady.

Then Mansfield sued Williamson County under 42 U.S.C. § 1983, alleging that the county’s “closed-file” policy—a policy that allows prosecutors to withhold exculpatory evidence all the way up until trial in hopes of getting the defendant to plead guilty—violated his due process rights. In other words, as the Fifth Circuit described it, “prosecutors, faced with a[n] extant Brady order, lied to Mansfield and his counsel about the specific contents of a file that the prosecutors would have been compelled to disclose if the case went to trial.”

There are reasons that Mansfield’s § 1983 claim may fail that have nothing to do with the issue of whether prosecutors are permitted to lie and misrepresent evidence during plea negotiations. For example, an argument could be made that he cannot demonstrate that the Williamson County prosecutors’ “closed-file” policy was the “moving force” behind the alleged constitutional violation.

But this article isn’t about those issues. This article is about the fact that prosecutors are expressly allowed to lie and misrepresent evidence to get a guilty plea. In Mansfield’s § 1983 case, both courts to review the case so far, Judge Lane of the Western District of Texas and three appellate judges on the Fifth Circuit, have specifically recognized this reality.

In the Fifth Circuit, prosecutors can lie and misrepresent evidence to get guilty pleas.

First, Judge Lane, the U.S. Magistrate Judge who presided over Mansfield’s § 1983 case in the Western District of Texas, explained that “Mansfield has not presented the court with a case holding that prosecutors violate the due process clause when they lie or misrepresent the evidence during plea negotiations.” Later in his opinion, Judge Lane reiterated the fact that “Mansfield [could] point to no case that holds a prosecutor cannot lie or misrepresent inculpatory evidence during plea bargaining.”

The reason why Mansfield couldn’t point to such a case? In the Fifth Circuit, they don’t exist. As the Fifth Circuit would later explain in the appeal in Mansfield’s § 1983 case, “this Court’s precedent has consistently held that Brady focuses on the integrity of trials and does not reach pre-trial guilty pleas.” In other words, in the Fifth Circuit, “there is no constitutional right to exculpatory evidence during plea bargaining.”

These decisions, of course, do not mean that the prosecutors’ conduct in Mansfield’s case was acceptable. Judge Lane called it “disgraceful.” Judge Patrick E. Higginbotham, one of the Fifth Circuit judges assigned to Mansfield’s § 1983 case, was even more blunt about the state of the law on this issue: “The law’s toleration of the conduct of these prosecutors is to these eyes inexplicable.” Additionally, Judge Higginbothm continued, “[l]imiting Brady‘s reach to trial ignores the reality of the excesses of an unchecked adversary system.”

We’re about to learn if prosecutors must share exculpatory evidence in plea negotiations.

The good news is that things could change. And they could change soon. Mansfield’s § 1983 case is now pending before the U.S. Supreme Court. And Mansfield is asking our country’s highest court to resolve a straightforward issue: “Whether the due process right recognized in Brady requires the disclosure of exculpatory evidence (or at the very least, evidence of factual innocence) during pretrial plea negotiations.”

If the Supreme Court says that the due process right recognized in Brady does, in fact, require that disclosure, what happened to Mansfield won’t happen anymore. Or, if it does—a likelihood that feels almost inevitable given how common prosecutorial misconduct is—the victim of that misconduct may at least get his or her day in court in a § 1983 case.

(I’d regret it, though, if I didn’t take this opportunity to point out how drastically the Supreme Court has undermined § 1983 cases in the past couple of years.)

And there’s actually reason for optimism. Recall that, in the original Brady decision, the Supreme Court specifically held “that the suppression by the prosecution of evidence favorable to an accused upon request violates due process where the evidence is material either to guilt or the punishment, irrespective of the good faith or bad faith of the prosecution.”

Nothing in that holding suggested that the due process rights at issue in Brady only applied in cases that went to trial. If anything, the Supreme Court’s decision suggest the opposite. As Mansfield argued and Judge Gregg Costa, another Fifth Circuit judge assigned to Mansfield’s case, Brady relied in part on the Supreme Court’s decision in Wilde v. Wyoming, a case involving the suppression of exculpatory evidence before a defendant pleaded guilty to murder.

Who benefits from the way things currently stand? It’s not victims. And it’s not the public.

As things currently stand, who is winning? Victims aren’t. Let’s assume Mansfield really did sexually assault the alleged victim in his case. He only spent 120 days in jail for a crime that would have ordinarily landed him behind bars for the rest of his life. And now, years later, that “unusually light” sentence isn’t even on his record.

I guess the prosecutors won—sort of. They got their conviction, at least for a while, which might seem like a success in what Mansfield described as Williamson County’s “see what you can get” policy in cases where the prosecution thinks it might lose. But District Attorney Ken Anderson, the lead prosecutor in the county at the time, eventually spent time in jail himself and lost his law license. So, calling that a win doesn’t make a lot of sense either.

And wrongful convictions aren’t cheap. According to a 2021 study on the cost of wrongful convictions, taxpayers spend around $6.1 million (roughly $1334 per day of incarceration) on every wrongful conviction. That’s a lot. And with approximately 20,000 wrongfully convicted people currently behind bars in the U.S., that number goes up everyday. No one wins in that sense either. In fact, it seems like no one wins at all.