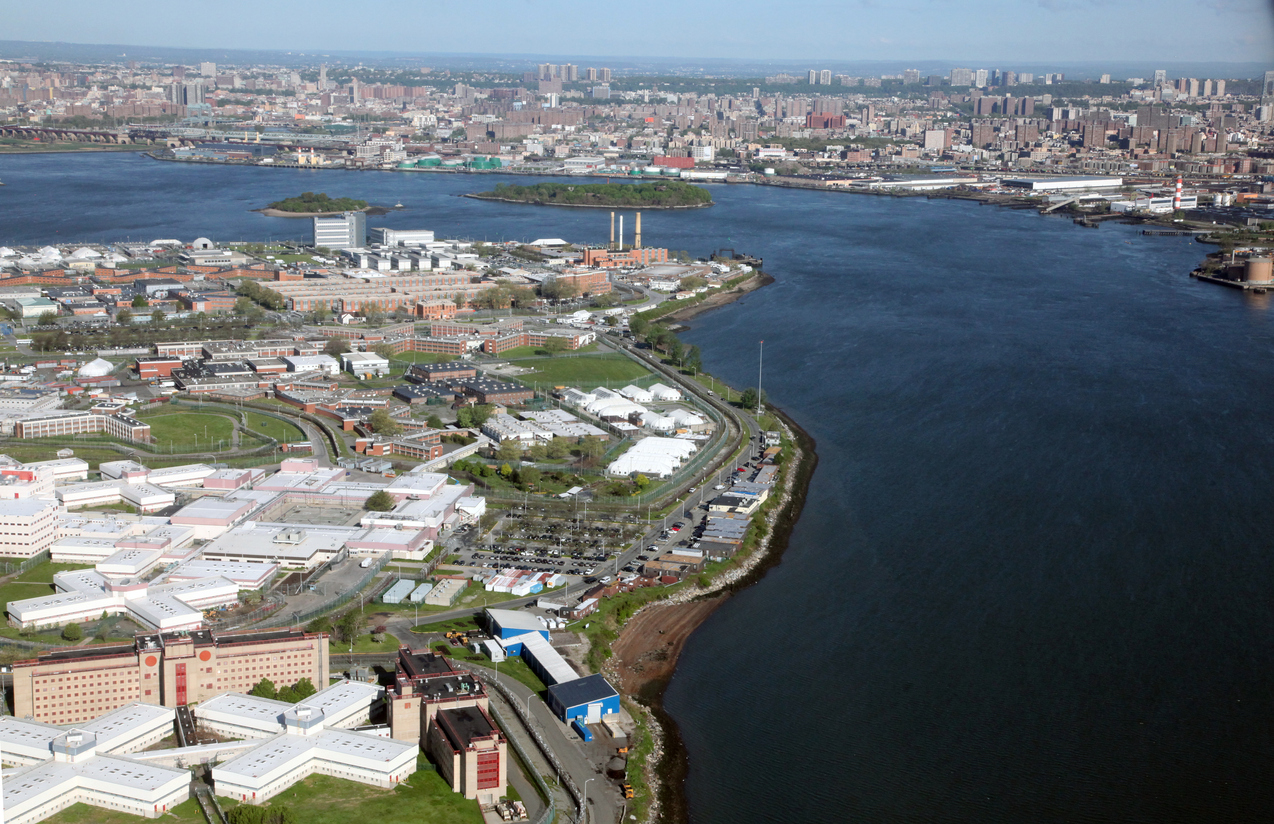 While isolation and incarceration have always been heavily intertwined, New York City has recently taken it to the next level. In Oct. 2021, New York officials transferred nearly all the women and transgender individuals detained in the city’s main jail to state prisons nearly an hour’s drive away.

According to New York Governor Kathy Hochul, the decision aimed to protect the detainees and place them in “safer state facilities” in the state. This is because the conditions at Rikers Island have spiraled into a humanitarian crisis. But how is transferring an already vulnerable population away from their legal resources and support systems a viable solution?

Rikers Island is the second largest jail complex in the United States with around 6,000 detainees. Most of them are pre-trial detainees. This means they haven’t been convicted and are only at Rikers because they can’t post bail.

The jail has been plagued by issues since its inception in the 1930s: design flaws like inadequate cell ventilation, jail managers placing inexperienced officers in charge of dormitories, guards using excessive force and mayoral administrations ignoring recommendations from criminal justice advisors.

In 2019, the NYC Council approved then-Mayor Bill DeBlasio’s plan to close Rikers by 2026 and replace it with four new jails in Manhattan, Queens, Brooklyn and the Bronx. But with the sudden onset of the COVID-19 Pandemic, Rikers’ problems spiraled out of control.

By Sept, 2021, there was a “complete breakdown” in Rikers’ operations. Lawmakers reported inhumane conditions, including overflowing toilets and floors covered in feces, rotting food and cockroaches.

One detainee likened the jail to a slave ship. Officials kept detainees in the intake areas for days, when the standard is no more than 24 hours, without access to medical care or the ability to make phone calls. Violence erupted both among the detainees and between them and the guards. In one of the more egregious incidents, gangs like the Trinitarios seized control of one of the housing units without interference. Then they forced other detainees to duel in an organized fight club.

Ultimately, these deteriorating conditions resulted in the deaths of 16 detainees over the course of 2021, breaking a record last set in 2013.

Why the “Complete Breakdown” Happened

The primary reason for the “complete breakdown” at Rikers is the lack of available guards. However, this is not because of a staffing shortage. After all, New York employs more guards per detainee than any other major American jail.

Instead, in the summer of 2021, one-third of NYC’s guards were either on sick leave or deemed medically unfit to work with inmates. The guards who did show up to work then had to work double or triple shifts. These vacancies were able to occur because every NYC mayoral administration since the 1970s has signed union contracts allowing guards to have unlimited sick leave.

The union contracts also permit guards to remain indefinitely in light duty assignments if their doctors request it. In turn, there can be a significant delay in the NYCDOC disciplining guards for abusing these privileges.

Officials have implemented various solutions in an attempt to fix the Rikers crisis. Former Mayor Bill DeBlasio required guards to provide a doctor’s note if they were absent for more than a day. Former Manhattan District Attorney Cy Vance suspended bail for certain low level crimes. And Governor Hochul stopped incarceration for minor non-criminal offenses with the Less Is More Act and accelerated sentencing to reduce the pre-trial detainee population.

Rikers also faces the threat of receivership. In that instance, a federal court would transfer control of Rikers from NYC to a nonpartisan expert with a wide range of powers. However, there is one implemented solution that is particularly excessive and unwarranted.

The purpose of the transfer is to free up 400 guards so they can work in other areas of Rikers. But the decision generates more problems than it actually solves.

First, the transfer makes it harder both for relatives to visit and for the detainees to rehabilitate and reintegrate upon release. The NYCDOC provides daily transportation to the prisons. But there are only four pickup locations and the pickups occur just twice a day.

Additionally, the prisons’ visitation hours are from 8:30 AM to 3:30 PM. This is unrealistic for relatives who work the traditional 9:00 AM to 5:00 PM schedule. The detainees have access to videoconferencing and free phone calls but that isn’t equivalent to in-person visits.

The change puts transgender detainees at even more risk.

Second, the transfer puts the transgender detainees at risk. More than 40 women’s and LGBTQ organizations slammed the decision. In doing so, they cited the New York state prisons’ insufficient and discriminatory policies surrounding transgender housing. More specifically, the Legal Aid Society expressed concern that transgender detainees would be placed in the wrong units.

These fears aren’t unfounded. A transgender inmate at Bedford reported that the staff refuses to recognize his gender identity. At Rikers, transgender inmates had access to gender affirming care and benefitted from staff who had been trained on LGBTQ  issues.

New York’s other prisons aren’t necessarily much safer than Rikers.

Third, the conditions of the state prisons are not necessarily better than Rikers. In 2019, the Correctional Association of New York found that 74% of the inmates at Bedford had witnessed abuse by the staff and 53% had experienced it themselves. Bedford and Taconic may also have issues with water contamination from a recent hurricane. The people detained there described the water smelling like sulfur and tasting like chemicals.

Anisah Sabur, a member of the #HALTSolitary Campaign who spent time in both Rikers and Bedford remarked that “you can’t take people from one hellhole and put them in another.”

Finally, the transfer might be illegal. The Close Rosie’s campaign, one of the movements dedicated to closing Rikers, filed for a restraining order against the transfer. They argued that separating only the women and transgender detainees from their local support symptoms violates the the Equal Protection Clause of the Fourteenth Amendment and Title IX of the Education Amendments of 1972.

The transfer might also violate the Due Process clause of the Fourteenth Amendment. This is because state prisons exclusively house individuals who have been tried and convicted. But many of the Rikers detainees have not even had their trial.

The Pushback from Women and Transgender Detainees at Rikers

As for the women and transgender detainees themselves, many didn’t accept the decision passively. Around 70 individuals signed a petition protesting the transfer as purely a political maneuver that closes Rikers “in name only.”

Ultimately, making it even harder to access crucial legal resources and support systems does nothing to fix the Rikers crisis. As these detainees put it, if the government declares an emergency, then the government should shoulder that burden.

When the transfer was first announced, former State Chief Judge Jonathan Lippmann urged NYC to immediately review the detainees’ cases and keep the transfer temporary. But now, nearly seven months late, there is no indication of when these detainees will leave Bedford or Taconic.

As long as the crisis at Rikers continues, the futures of these women and transgender individuals hangs in the balance.