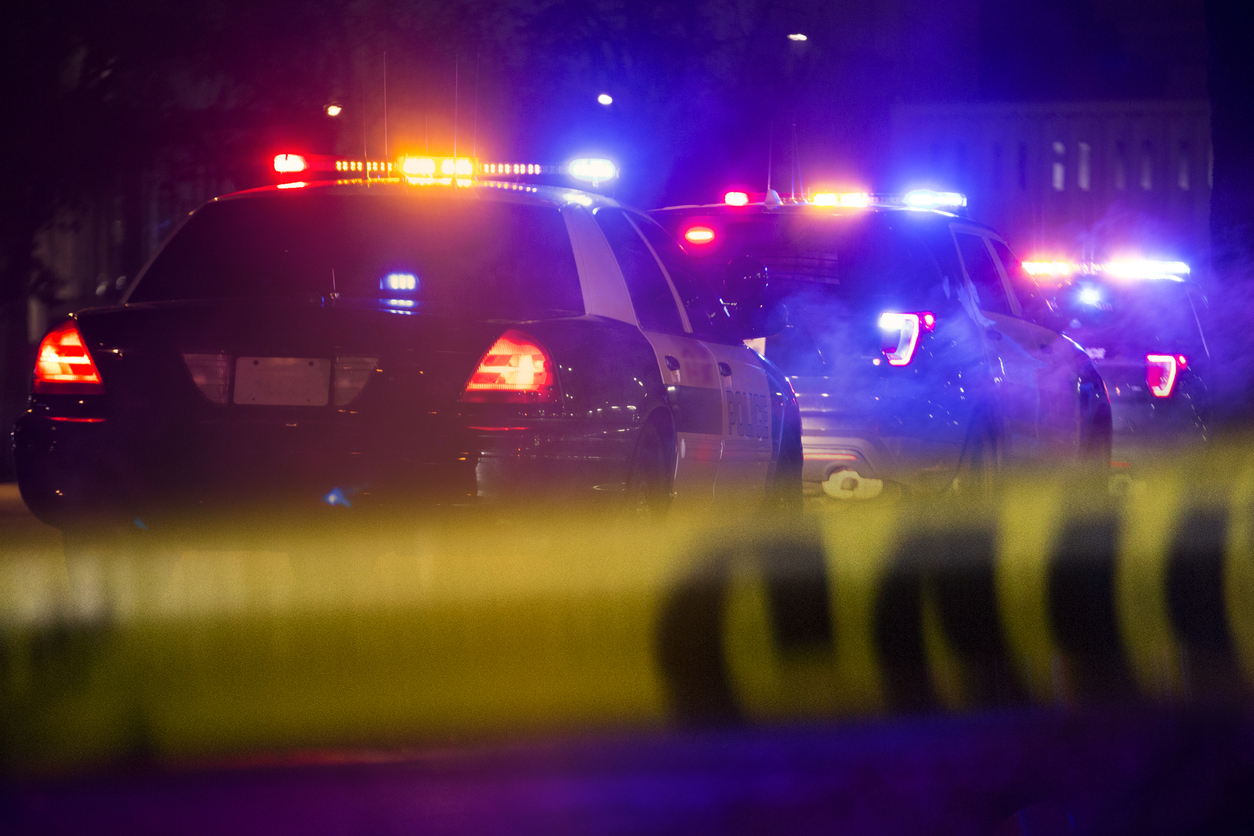 The Fifth Amendment provides, in relevant part, that “[n]o person … shall be compelled in any criminal case to be a witness against himself[.]” Another federal law, 42 U.S.C. § 1983, creates a civil cause of action for “the deprivation of any rights, privileges, or immunities secured by the Constitution….” So, in theory, if you are compelled in a criminal case to be a witness against yourself in violation of the Fifth Amendment, you should be able to bring a Section 1983 claim against the person or people responsible for the deprivation of your constitutional right.

In 1966, the United States Supreme Court issued arguably its most significant decision on the Fifth Amendment’s Self-Incrimination Clause. In a case called Miranda v. Arizona, the U.S. Supreme Court reemphasized that “the prosecution may not use statements, whether exculpatory or inculpatory, stemming from custodial interrogation of the defendant unless it demonstrates the use of procedural safeguards effective to secure the privilege against self-incrimination.”

What procedural safeguards? “Prior to any questioning, the Supreme Court explained, “the person must be warned that he has a right to remain silent, that any statement he does make may be used as evidence against him, and that he has a right to the presence of an attorney, either retained or appointed.” These warnings have come to be known as “Miranda rights” or “Miranda warnings.”

But what happens when a police officer questions someone without providing a Miranda warning? And what happens if the prosecution later uses the answers to those questions against the person in a criminal case? Can the police officer who violated someone’s Fifth Amendment right to remain silent face a Section 1983 claim? In a case called Tekoh v. Vega, SCOTUS appears poised to address Section 1983 claims and Miranda.

In Tekoh v. Vega, a police officer violated Miranda to obtain a confession, and a lawsuit aims to hold him accountable.

Tekoh v. Vega is a California case arising out of police questioning of a medical center employee. According to Terence Tekoh, the employee, Los Angeles Sheriff’s Department Deputy Carlos Vega asked to question him, refused to allow anyone else to be present, blocked him from leaving the room for more than 35 or 40 minutes, lied to him, ignored his requests for a lawyer, held him at gun point when he tried to leave, used a variety of racial slurs and, ultimately, forced him at gun point to admit to sexually assaulted one of the medical center’s patients. According to Deputy Vega and one of his colleagues, Tekoh asked to talk and confessed to a crime without issue.

After a mistrial during his first criminal trial, a jury eventually found Tekoh not guilty. The jury reached this verdict even after the prosecution presented Tekoh’s alleged confession obtained without Miranda warnings. After the jury acquitted him, Tekoh filed a Section 1983 claim against Deputy Vega and others. In the suit, Tekoh alleged that Deputy Vega violated his Fifth Amendment right by questioning him without Miranda warnings.

That case has now reached its way all the way to the U.S. Supreme Court. The problem? The parties disagree as to whether the use of a statement given without Miranda warnings against someone in a criminal case alone is sufficient to support a Section 1983 claim based on a violation of the Fifth Amendment’s Self-Incrimination Clause. As it turns out, so do several U.S. Courts of Appeal all over the country.

There is a growing circuit split over the relationship between Section 1983 claims and Miranda that SCOTUS aims to resolve.

The most recent court in that case to address the issue was the U.S. Court of Appeals for the Ninth Circuit. Relying heavily on the U.S. Supreme Court’s decision in Dickerson v. United States, the Ninth Circuit held “that where the un-Mirandized statement has been used against the defendant in the prosecution’s case in chief in a prior criminal proceeding, the defendant has been deprived of his Fifth Amendment right against self-incrimination, and he may assert a claim against the state official who deprived him of that right under § 1983.”

In doing so, the Ninth Circuit joined several other circuits. Those circuits permit plaintiffs to bring Section 1983 claims based on a police officer’s failure to give Miranda warnings. In a case called Sornberger v. Knoxville, for example, the Seventh Circuit held that a police officer’s failure to provide Miranda warnings can create Section 1983 liability in certain circumstances. The Third and Fourth Circuits have reached similar outcomes. Both have indicated that they would allow a person to bring a Section 1983 claim against a police officer who obtains a statement that the prosecutor then uses at trial in violation of Miranda.

On the other hand, the Fifth, Sixth, Eighth and Tenth Circuits have went the other way. Those circuits have held that police officers cannot face liability under Section 1983 based on a statement obtained in violation of Miranda, even if the prosecution uses that statement at a criminal trial in violation of the Fifth Amendment’s Self-Incrimination Clause. For instance, in a case called Hannon v. Sanner, the Eighth Circuit specifically held that “a litigant cannot maintain an action under § 1983 based on a violation of the Miranda safeguards.”

With a conservative-heavy court and decades of skepticism over Section 1983 claims, SCOTUS is likely to side with the deputy.

On Jan. 14, 2022, SCOTUS granted Deputy Vega’s petition for writ of certiorari and appears poised to resolve the issue of whether a litigant like Tekoh can, in fact, bring a civil lawsuit under Section 1983 against a police officer like Deputy Vega if the officer violates Miranda.

It is expected that the Republican-dominant court will rule in Deputy Vega’s favor. In doing so, it will reach the same conclusion as the Fifth, Sixth, Eighth and Tenth Circuits have. Specifically, it would hold that people cannot bring Section 1983 claims against police officers who violate Miranda, even if the prosecution uses the unconstitutionally obtained statement in a criminal case in violation of the Fifth Amendment’s Self-Incrimination Clause.

For years, Republican-appointed justices on the country’s high court have been skeptical of Section 1983 claims in general. In Lozman v. Riviera Beach, Justice Clarence Thomas openly stated that he was “skeptical that 42 U.S.C. § 1983 recognizes a claim for retaliatory arrests under the First Amendment.”

Likewise, in Crawford-El v. Britton, the late Justice Antonin Scalia bemoaned that the Supreme Court’s “treatment of qualified immunity under 42 U.S.C. § 1983 has not purported to be faithful to the common-law immunities that existed when § 1983 was enacted, and that the statute presumably intended to subsume.”

Who does Miranda help if the police officers who violate it can’t face any consequences for doing so?

With a 6-3 majority, the conservatives on SCOTUS are likely to end Section 1983 claims based on Miranda violations. On paper, the decision doesn’t sound all that alarming. After all, the Fifth Amendment still prevents the use of statements obtained in violation of Miranda in criminal cases. And Section 1983 still allows litigants to file civil lawsuits based on violations of their constitutional rights.

But, if SCOTUS takes the consequence of Section 1983 claims off the table, it’s hard to imagine what incentives police officers have to maintain a strict adherence with Miranda. Think about the circumstances in Tekoh v. Vega. Deputy Vega didn’t provide Tekoh with Miranda warnings before obtaining a confession. Then prosecutors used that confession against Tekoh at trial without issue. Put differently, in that case, the police and prosecutors experienced no consequences at all for the Miranda violation.

Moreover, while we all know (or at least should know) that a confession doesn’t prove guilt, it’s not hard to imagine a world where Tekoh’s inculpatory statements were true. But Deputy Vega’s conduct also could have caused a court to exclude the confession and, as a result, acquit Tekoh.