State Incarceration Trends: Where Do These People Come From? 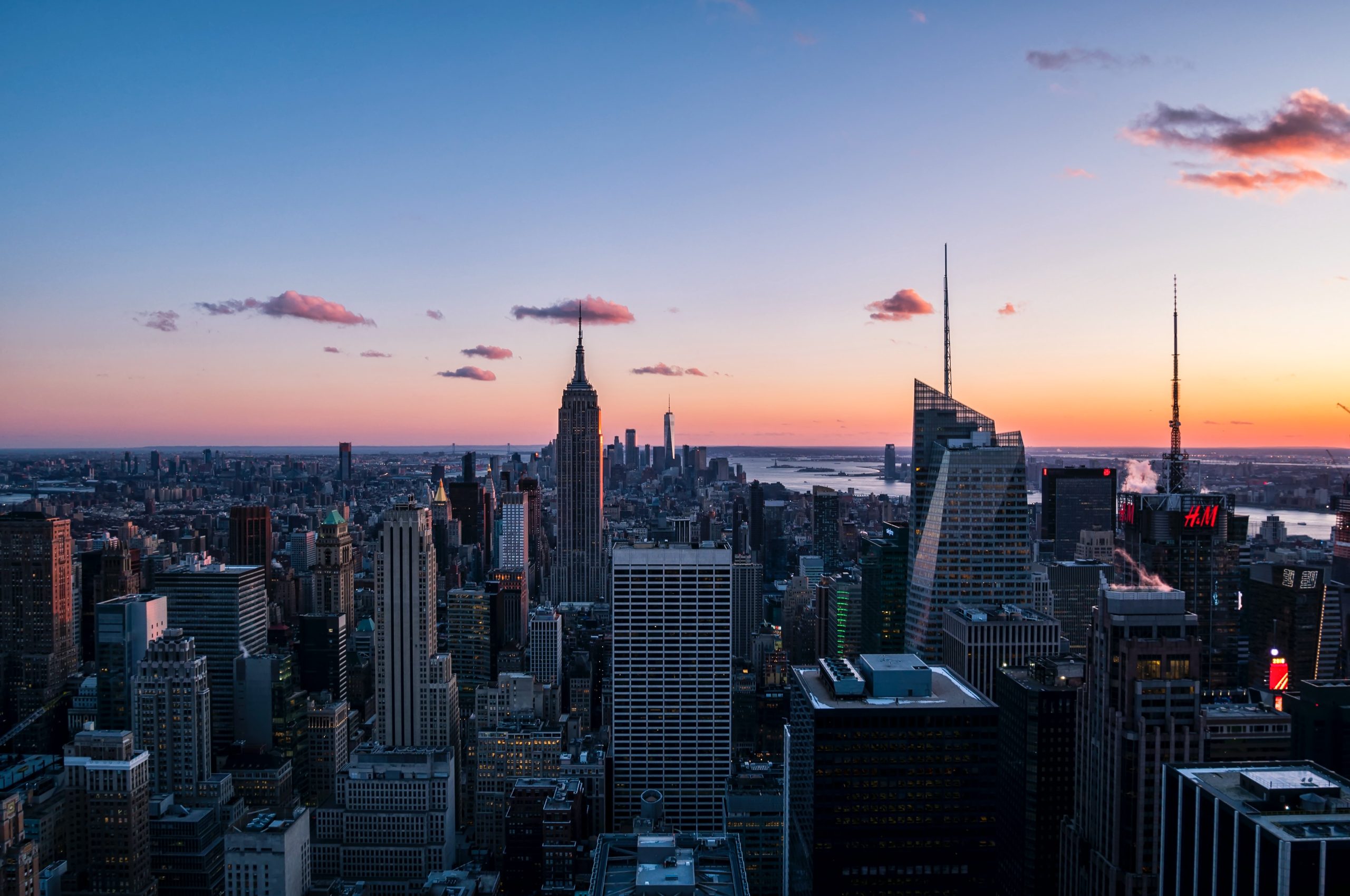 15 Jul State Incarceration Trends: Where Do These People Come From?

A factoid appeared last week on “My Twin Tiers,” the web page of WETM, Channel 18, a local NBC affiliate in Elmira, New York, that casts a new light on state incarceration trends, including where state prisoners are coming from. The site reported that the leading counties sending prisoners into the New York state correctional system were not the boroughs of New York City. In fact, they aren’t even downstate. The biggest contributors are Schenectady, Albany, Monroe (Rochester), Oneida (as in Utica, home of Cornell University) and Onondaga (Syracuse) counties.

This report is a small but needed boost for the image of New York City (aka “Fear City”). New York City local news usually bleeds when it leads. Someone’s been shot, assaulted, robbed or (heaven help them) run over by a car. (There are thousands of miles of streets in the city. But the cars just seem unable to stay between the curbs!)

Here’s the funny thing. People in one office at city hall promite Broadway, the Statue of Liberty, Times Square and the World Trade Center. At the same time and in the next office, the TV and film bureau tries to get yet another crime drama produced in the city. Which New York is for real? Is it the Great White Way and Project Runway or Law & Order and NYPD Blue?

Obviously, it’s both. As a good friend who has lived in Brooklyn for most of his adult life, and even raised his family there, once commented to me, “in this city you can live the most decent, strait-laced life or the most depraved and disgusting, either way is there for you.”

The City Has Everything

It is a testament to the size of the place. On Apr. 12, a gunman shot and wounded 23 people on an “N” train in the New York subway. Less than two weeks later, during a fight, one man shot and killed another right in the middle of the Jamaica Center subway station in Queens.

Local news outlets widely reported these incidents. They interviewed subway riders decrying the violence, going so far as to say they will never ride the subway again. Someone randomly shot another person to death a month later, becoming the fourth person killed in the system in 2022.

Yet the numerical, statistical fact demonstrates that if you are a rider, your chance of being at the scene of either incident or anything like it remains negligible. Even with increased crime in the last few years, there are less than two felonies committed in the subway daily for every million riders, and daily ridership is in the millions. The system and the city it serves are just that huge.

Another statistical fact, as the “Twin Tiers” article reports, when the Jamaica Center shooter enters the state system (Mr. James won’t, he’s now “federalized”) his first cellmate is more likely to be from Schenectady than Sunset Park (Brooklyn). I get a chuckle out of that, because on my first night behind bars in Concord, New Hampshire, my first Bunkie was Billy (name changed to protect the guilty) from … of all places … the Borough Hall section of Brooklyn. We developed a weird symbiotic relationship in our several weeks together. I think of him fondly, from time to time. If you’re reading this, Billy, big up to you!

Are We Seeing a Pattern?

New York is not alone in this demographic curiosity when it comes to state incarceration trends. In quite a few states, the largest per capita contributors to the incarcerated population, by county, are not the ones you’d expect. In California, the top counties are, in order, Mendocino, Del Norte and Siskiyou. These are all in northern California, far away from Los Angeles and not that close to San Francisco. In Illinois, the top three are Alexander, where Cairo is located, Union and Pulaski. All three are part of the area known as “Little Egypt” and as far as you can get within Illinois from Chicago.

Texas, one of the top incarcerators in the nation, has similar statistics. It’s top three per capita contributors are Kenedy, Carson and Eastland counties. Statisticians would probably throw Kenedy out, as the county has a population of only 350. It is in South Texas and has a predominately Hispanic population. Much of the land is, or was, a part of the King ranch. It is likely that cows exceed humans in its population. A county that small certainly relies heavily on the state for correctional services. Carson and Eastland are both sparsely populated. You’d probably know Carson, in North Texas, as the home of the Pandex ordinance factory where American builds nuclear weapons. Eastland is a cattle county located between Abilene and Fort Worth. Both are in the heart and soul of old-fashioned Texas.

Part of the Old South

The top three in Florida include Glades, Baker and Gulf counties. These all have their own unique state incarceration trends, too. Only one of them is close to a major metropolis of the state, that being Baker, just west of Jacksonville. Baker County is, in fact, a slice of the old South. It was even named after a Confederate senator. Glades is on the western shore of Lake Okeechobee and includes a Native American reservation. Otherwise, it looks quite old South in its demographics as well. Gulf is in the panhandle, just east of Panama City. And, while favored by lovely beaches, it is principally a center for the wood pulp industry.

Most of these statistics come from the Vera Institute for Justice. The New York state population figures come from the 2020 census. Under a law adopted in New York prior to that count, the state is now required to count prisoners as residents of their hometown, not where they are incarcerated. Many states are moving in that direction because place-of-incarceration was proving a windfall for small communities where prisons are located when divvying up state funds based on population.

Vera’s survey took place around 2015 to honestly show where incarcerated people originated. The institute concluded that “[i]ncarceration is not only an urban phenomenon. In fact, on a per capita basis, the most rural places in the state often lock up the most people in jail and send the most people to [state} prison.”

The liveliest issue in the somnolent area of state incarceration trends has been the wide disproportion between white people and people of color in jurisdictional incarceration rates. Activists argue that the racial disparity is the result of inherent racism in policing. Conversely, (some) law enforcement advocates have argued that it is an unfortunate byproduct of poverty in communities of color. It is likely that both factors have a hand in the problem.

The matter of where our prisoners come from is a vital aspect of race and economic issues in incarceration. The mishmash of counties listed as “top contributors” in this article look, at first, to be awfully different. Little Egypt in Illinois is almost on a different planet than Mendocino in California. Most of the New York counties listed, though not megalopolitan like the five boroughs of New York City, would hardly be called bucolic. These counties have certain economic conditions which may lead to higher crime rates. Most of them are areas that have been losing jobs and population for year. Little Egypt is a prime example of this.

Resources for diversion programs and alternatives to incarceration in such areas are lacking. Mendocino in California and Gulf in Florida are both tourism venues. Tourism activities have a recognized attraction to criminal enterprise. They attract people with money who may engage in risky behavior, such as drug use, that needs to be “supplied.” These can fill a small county jail quickly.

Race, however, plainly takes part. Most of these counties are predominantly white but have significant proportions of minorities. This means that the governance and law enforcement structures face influence from past prejudices. In many of America’s largest cities, including New York, Chicago and Los Angeles, increased influence from people of color have positively affected local justice issues in ways not yet felt in less populous places.

There is perhaps no more poignant example of the political evolution in a large city than the election of Eric Adams as mayor of New York. Adams, as a Black youth in the 1970s, has recalled police beating him as a child. He went on to become a captain in the NYPD, a state senator and Brooklyn borough president before his election as mayor last year. In his current role, he will ultimately play a large part in any resolution of the Rikers Island problem and other justice reforms (for better or for worse).

The curious difference in state incarceration trends between large and smaller cities and rural areas has differing root causes. Any criminal in Schenectady who looks at this and feels they may have better luck in Brooklyn may be “rewarded” with a bunk at Rikers, not a good trade.

As more states begin to adopt hometown-count laws like New York’s and begin enumerating incarcerated people as residents of their place of origin rather than their place of incarceration, a deeper drive into the causes and affects is sure to follow.