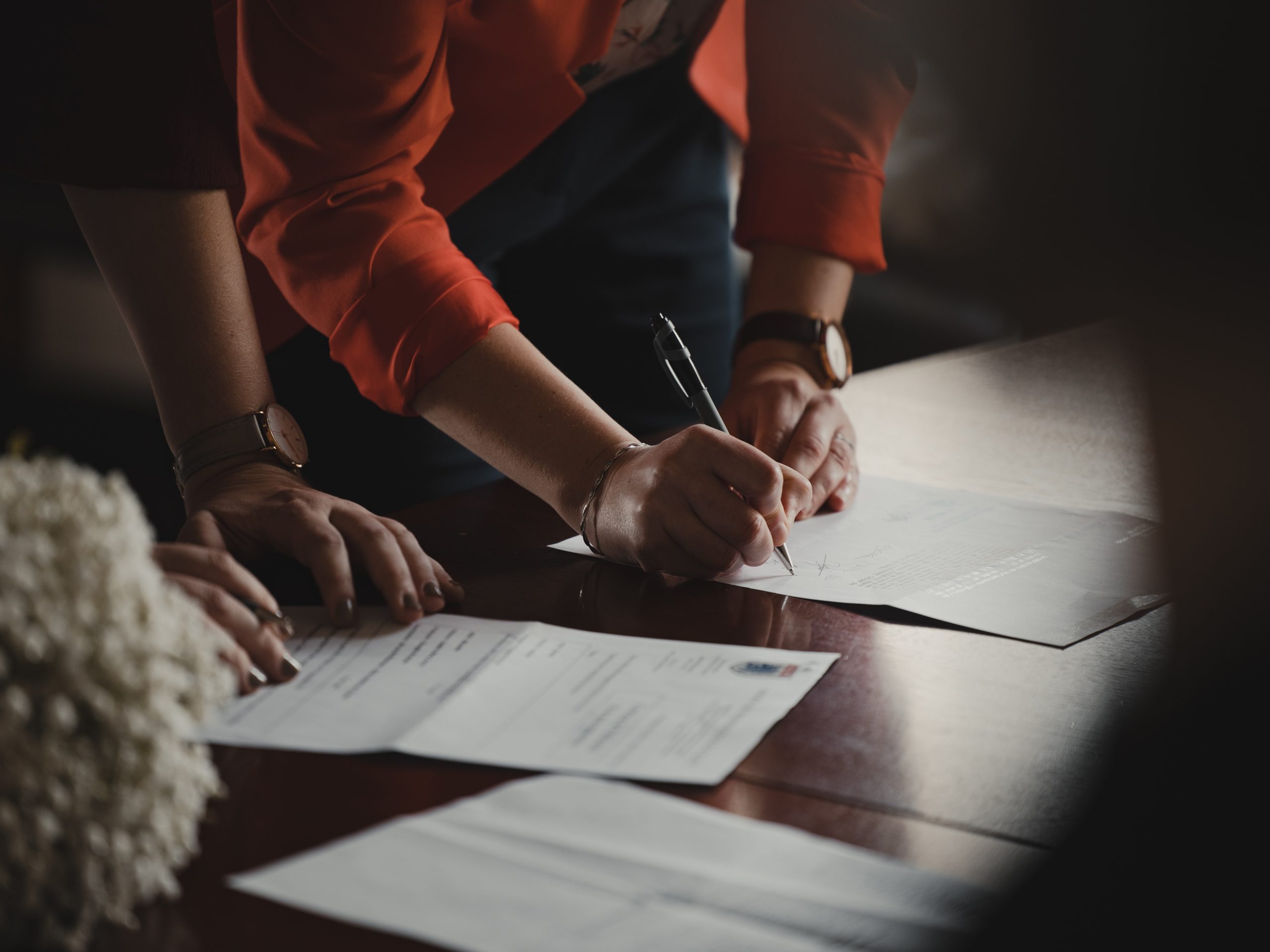 In the romantic comedy movie As Good As It Gets, Jack Nicholson plays the role of Melvin Udall, a famous fiction author who is also a caustic misanthrope. At one point, someone asks him how he comes up with women characters. Melvin replies, “I think of a man, and I take away reason and accountability.” This line is an exaggeration suitably played for laughs. It also sets up the romantic situation where Melvin actually falls in love. However, if you take the line and change it just a bit, you can get an accurate situation. “How do you conceive of a prosecutor? I think of a lawyer, and take away reason and accountability.”

According to the National Registry of Exonerations, courts have exonerated 3,358 men and women for crimes they did not commit since 1989. In a large number of these cases, the conviction came as the result of law enforcement or prosecutorial misconduct. Sometimes, it is a seemingly innocent mistake, such as confirmation bias. This is where law enforcement becomes so focused on one suspect that it amplifies any incriminating evidence while discounting or ignoring potentially exculpatory evidence. But other times, it involves actual misconduct on the part of law enforcement in general and prosecutors in particular.

Yet, in almost every case, prosecutorial misconduct has gone largely unpunished.

Every state bar association maintains offices that hear grievances from the public and mete out discipline to attorneys who engage in professional misconduct. The violations can involve minor matters that are resolved with a letter to the file or pubic censure. They can also involve major violations that lead to suspensions and, in some cases, disbarment. The proceedings are usually kept confidential unless there is a public aspect to the punishment.

In 2003, the Center for Public Integrity issued a report on prosecutorial misconduct. The report looked at cases since 1970 where a state bar investigated a local prosecutor for alleged misconduct. It then eliminated all except those that involved the fairness of a criminal trial. This yielded a total of only 44 disciplinary cases, with only two leading to disbarment for the prosecutor and 12 involving a license suspension. Except for one five-year suspension, none of the suspensions lasted longer than six months. This is important since the rules for reinstatement are harsher for suspensions that are longer than six months.

The disbarments involved a prosecutor who dismissed a case in exchange for sex and a prosecutor who wrongly convinced a defendant in a trial to plead the fifth rather than testify on behalf of a codefendant. The remaining 30 cases yielded minor disciplinary results, with seven of these being dismissed without imposition of punishment. As you can see, that is just three bad disciplinary outcomes for prosecutors in cases dating back over 30 years.

This raises the question of whether there is any price to be paid for a prosecutor who lacks reason? There appears to be a decided lack of accountability for prosecutors who engage in misconduct. Two fairly recent examples of exonerations show this to be the case.

The Case of Martin Tankleff

One of the highest profile murder cases on Long Island involved the murder of Seymour and Arlene Tankleff. On the morning of Sept. 7, 1988, 17-year-old Martin Tankleff awoke in his family home to find his mother Arlene murdered and his father Seymour barely clinging to life. Martin called the police and emergency services.

After they left, Detective James McCready took Martin in for questioning. During the course of a two-hour interrogation, McCready lied and said that Seymour had awakened and implicated Martin in the murder. The detective then tried to coerce a confession from Martin that he refused to sign. Martin also told the detective that he believed his dad’s business partner, Jerry Steuerman, was behind the attack. Rather than investigate Steuerman, the police ruled him out as a suspect and made him a witness for the prosecution.

Suffolk County District Attorney James M. Catterson Jr. successfully prosecuted Martin for the murder of his parents. The court sentenced Martin to an astonishing 50 years to life for a crime — a crime he did not commit. Evidence would later emerge that Jerry Steuerman and his son were drug dealers who hired hit men to murder Martin’s parents. Evidence also showed that they successfully bribed Detective McCready.

Justice Denied for Tankleff (and His Parents)

Despite this obvious travesty of justice, Martin Tankleff languished in prison for 20 years. DA Catterson refused to reopen the case. His successor, Thomas Spota, also fought to keep Tankleff in prison. It was only when Martin got his case transferred to Brooklyn that he finally received justice. A Brooklyn court exonerated Martin and released him in 2008.

What happened to the law enforcement officers who engaged in this misconduct? Pretty much nothing. Detective McCready retired with a full pension to South Carolina where he died of lung cancer in 2015. James M. Catterson Jr. retired as well with a pension, passing away in 2007. Thomas Spota is currently serving a five-year federal prison sentence for violating the civil rights of a defendant in an unrelated case.

No one has ever been punished for the crime of murdering Arlene and Seymour Tankleff despite ample evidence that Jerry and Todd Steuerman were behind it, paying hit men Joe Creedon and Peter Kent to commit the crime and Glenn Harris to act as lookout and driver.

The Case of Kristine Bunch

Sometimes, law enforcement and prosecutorial misconduct can involve turning an accident into a crime. This is what happened to Interrogating Justice’s Kristine Bunch. Kristine was a single mom living in a trailer home in Indiana with her three-year-old son Anthony. She awoke one morning to find her trailer ablaze. In a parent’s worst nightmare, Kristine was unable to save her son in the conflagration. To make matters worse, the state arson investigator Brian Frank immediately began pointing a finger at Kristine.

At trial, Frank and ATF analyst William Kinard argued that there was an accelerant used in the fire, pointing to arson. A defense witness, independent arson investigator Tom Hulse, argued that it should have been ruled of unknown origin. What Hulse, Kristine and her defense team didn’t know is that the prosecutor failed to turnover ATF files showing that there was no evidence of an accelerant as both Frank and Kinard had falsely testified. As a result, Kristine was convicted of arson and murder. She was concurrently sentenced to 60 years for murder and 50 years for arson.

Kristine’s family hired attorney Hilary Bowe Riks who filed a petition for post-conviction relief. She was able to subpoena the ATF files, which revealed that the prosecution had violated Kristine’s right to potentially exculpatory evidence under Brady v. Maryland. It still took another six years to get Kristine fully exonerated. She was released on Christmas Day 2012 after serving 17 years, one month and 16 days for a crime she did not commit.

One of the most infamous cases of false arrest involved the Duke lacrosse team. In 2007, two women filed a police report that claimed they were raped at an off-campus party thrown by the lacrosse team. Eventually, the p0lice arrested three team members of the team and charged them with rape and kidnapping, even though the charges had already started to fall apart. District Attorney Mike Nifong eventually dropped the charges. However, he had committed a series of ethics violations in the case. This led to his disbarment.

So what was different between the Duke lacrosse case and those of Martin Tankleff and Kristine Bunch? For one thing, the three lacrosse team members all came from affluent families. This meant that they could afford to hire top criminal defense attorneys. It also helped them get their story into the press, which was able to expose Nifong for lying under oath about a material fact to a judge and withholding exculpatory DNA evidence. It also helped that the Duke lacrosse case happened during the era of cable news and social media. Still, what happened to DA Nifong is more the exception than the rule.

In 2021, the Innocence Project succeeded in getting Dennis Allen and Stanley Mozee released from prison for a crime they did not commit. Dallas County prosecutor Richard E. Jackson had targeted the two Black men for the murder of a local pastor and withheld a great deal of exculpatory evidence that could have led to their acquittal.

Instead, both men spent over 14 years in prison after the court sentenced them to life. However, in a rare turn, the Supreme Court of Texas revoked Jackson’s license to practice law. Jackson is only the fourth prosecutor disbarred for misconduct that led to a wrongful conviction, according to the Innocence Project.

The majority of wrongful convictions are the result of prosecutorial misconduct. Fully 54% according to a study by the National Registry of Exonerations. Nevertheless, “police and prosecutors are rarely disciplined for actions that lead to a wrongful conviction.” As a result, there is no incentive for prosecutors to conduct themselves in an ethical manner since they face few consequences for their misconduct. So as long as this occurs, prosecutors will continue to be just lawyers without reason and accountability.