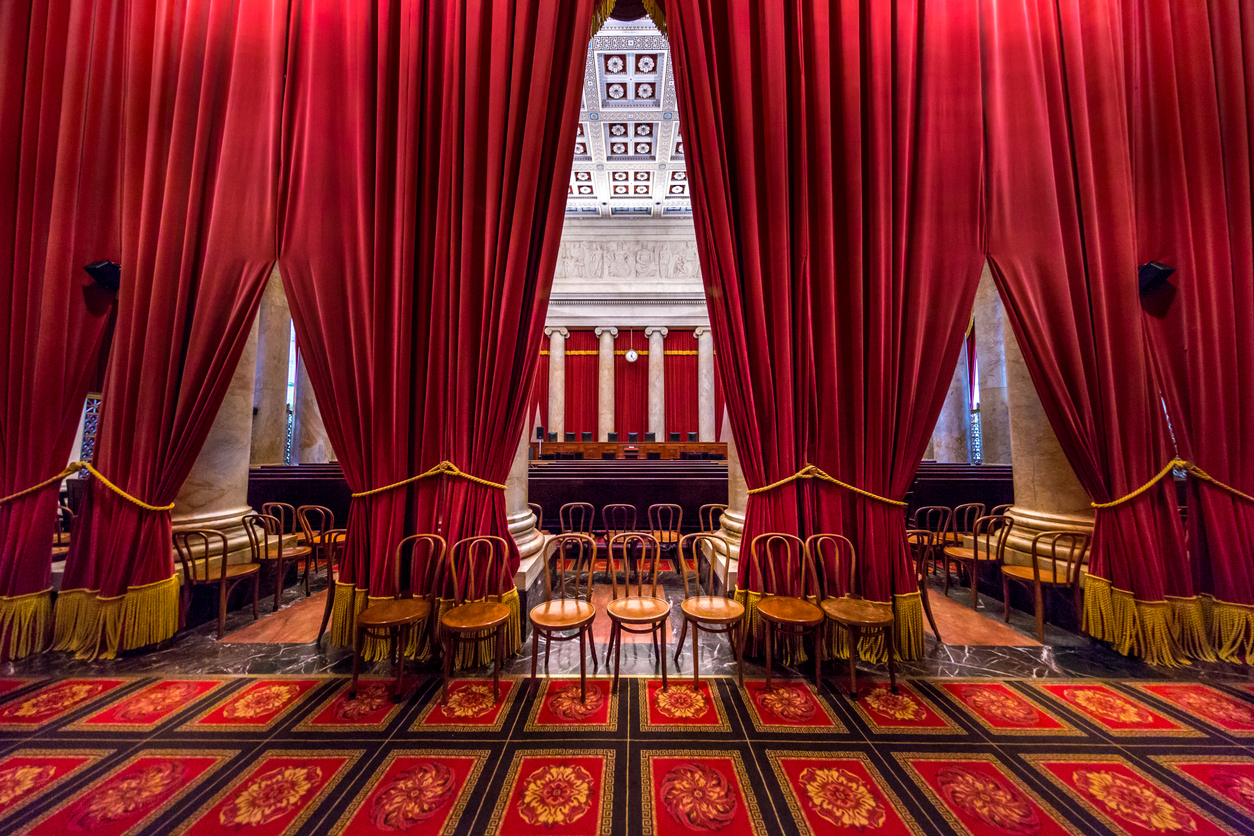 Yesterday, the U.S. Supreme Court issued its opinion in a case called Wooden v United States. The question in that case was as straightforward as the decision’s impact is important. For purposes of the Armed Career Criminal Act, the Supreme Court asked, do offenses occurring on the same night in the same location that are part of the same event constitute “different” “occasions” because they include separate acts?

The Supreme Court could have answered that question in the affirmative like the U.S. Court of Appeals for the Sixth Circuit did. Had it done so, those with just one day of criminal activity in their past could face a “career criminal” enhancement at sentencing. That’d mean, at least in some cases, adding more than a decade to someone’s sentence.

But, in a 9-0 decision, the Supreme Court went the other way: “The answer is no. Convictions arising from a single criminal episode … can count only once” for purposes of the Armed Career Criminal Act. For skeptics of mandatory minimums (and judicial activism), the Supreme Court’s decision is a positive one.

The History of the Armed Career Criminal Act

In the 1980s, there was what the editors of Crime and Social Justice have labeled a “decisive shift to the right in criminal justice policies and practices in the 1980s.” As those editors recognized, by the 1980s, “there ha[d] been a steady increase in the imprisoned and legally supervised population, an increase in the severity of punishment and of mandatory sentences, the proliferation of ‘law and order’ legislation, and a rapid deterioration of social conditions within prisons.”

The Armed Career Criminal Act is an example of that decisive shift becoming a reality. Under 18 U.S.C. § 922(g), it became “unlawful for any person” “who has been convicted in any court of, a crime punishable by imprisonment for a term exceeding one year” “to … possess in or affecting commerce, any firearm or ammunition[] or to receive any firearm or ammunition which has been shipped or transported in interstate or foreign commerce” in the U.S. Put more simply, it’s against the law to be a felon in possession of a firearm.

The Armed Career Criminal Act, specifically 18 U.S.C. § 922(e)(1), imposes a 15-year mandatory-minimum sentence for someone convicted under 18 U.S.C. § 922(g) if they “violate[] section 922(g) of this title and ha[ve] three previous convictions by any court … for a violent felony or a serious drug offense, or both, committed on occasions different from one another….”

The interpretation of that italicized phrase — “occasions different from one another” — found itself before the Supreme Court in Wooden v United States.

In the 1990s, William Dale Wooden and three others broke into a one-building storage facility in Georgia. The four burglars would eventually break into ten separate storage units. To move between units, they crushed the interior walls between them. The men eventually faced ten counts of burglary (a charge for each unit). But those charges came in a single indictment as required by Georgia law. Specifically, Ga. Code Ann. § 16-1-7(b) states that prosecutors must charge all “crimes arising from the same conduct” in the same indictment.

Fast forward 20 years, and prosecutors charged Wooden with felon in possession of a firearm under 18 U.S.C. § 922(g). In general, the maximum sentence for a violation of 18 U.S.C. § 922(g) is ten years. But, for those with three prior convictions on “occasions different from one another,” the minimum jumps to 15 years. It does so solely because of the Armed Career Criminal Act.

And, as the Supreme Court explained in Wooden’s case, the Armed Career Criminal Act-caused disparity is an “especially stark” one. “Before the Government decided to seek an ACCA enhancement, its Probation Office recommended a sentence of 21 to 27 months,” Justice Elena Kagan wrote in the majority opinion. But after it decided to seek the enhancement, “[t]he ACCA minimum sentence is about 13 years longer.”

But the government needed to prove one thing to get that extra 13 or so years. It needed to show that one night at one storage facility in the 1990s constituted “occasions different from one another….” That’s where the Supreme Court weighed in.

Interpreting the Phrase “Occasions Different From One Another”

In Wooden v United States, both the U.S. District Court and the U.S. Court of Appeals for the Sixth Circuit accepted the government’s position that the break-ins, while all on the same night and at the same location, were “occasions different from one another.” According to the District Court, “[e]ach separate [unit] provides a discrete point at which the first offense was completed and the second began and so on.”

The Sixth Circuit Court of Appeals extended that logic. “It is possible,” the Sixth Circuit ruled, “to discern the point at which Wooden’s first offense” was “completed and the subsequent point at which his second offense began.” According to the appellate court, “Wooden could not be in two (let alone ten) of [the storage units] at once.” Therefore, the Sixth Circuit said, the burglaries must all be “occasions different from one another….”

These two lower-level courts aren’t alone in interpreting the phrase “occasions different from one another” in this manner. As the Supreme Court would note, “[s]ome Circuits, like the Sixth, deem the clause satisfied whenever crimes take place at different moments in time—that is, sequentially rather than simultaneously.” But “[o]ther Circuits undertake a more holistic inquiry, considering not merely the precise timing but also other circumstances of the crime.”

In Wooden v United States, the Supreme Court brought that circuit split to its much-needed end.

Addressing “whether Wooten committed his crimes on a single occasion or on ten separate ones,” the Supreme Court ultimately agreed with Wooden and held that “Wooden’s ten burglary convictions were for offenses committed on a single occasions.” Therefore, the Court concluded, “[t]hey … count only once under the ACCA.” As a result, Wooden’s sentence should return to the 21-to-27-month recommendation the government started with.

According to the Supreme Court, this decision had support in both the statute’s plain language and its purpose. First, “[t]he ordinary meaning of the word ‘occasion’—essentially an episode or event—refutes the Government’s single-minded focus on whether a crime’s elements were established at a discrete moment in time.” Additionally, “[t]he origin of the ‘occasions’ clause confirms that multiple crimes may occur on one occasion even if not at the same moment.”

The Armed Career Criminal Act’s focus is obvious from its name: armed career criminals. Wooden became “armed” when police found firearms in his home after a felony conviction. But was he a “career criminal”? One night of break-ins at one location (that happened to have multiple units) seems to suggest that he was not.