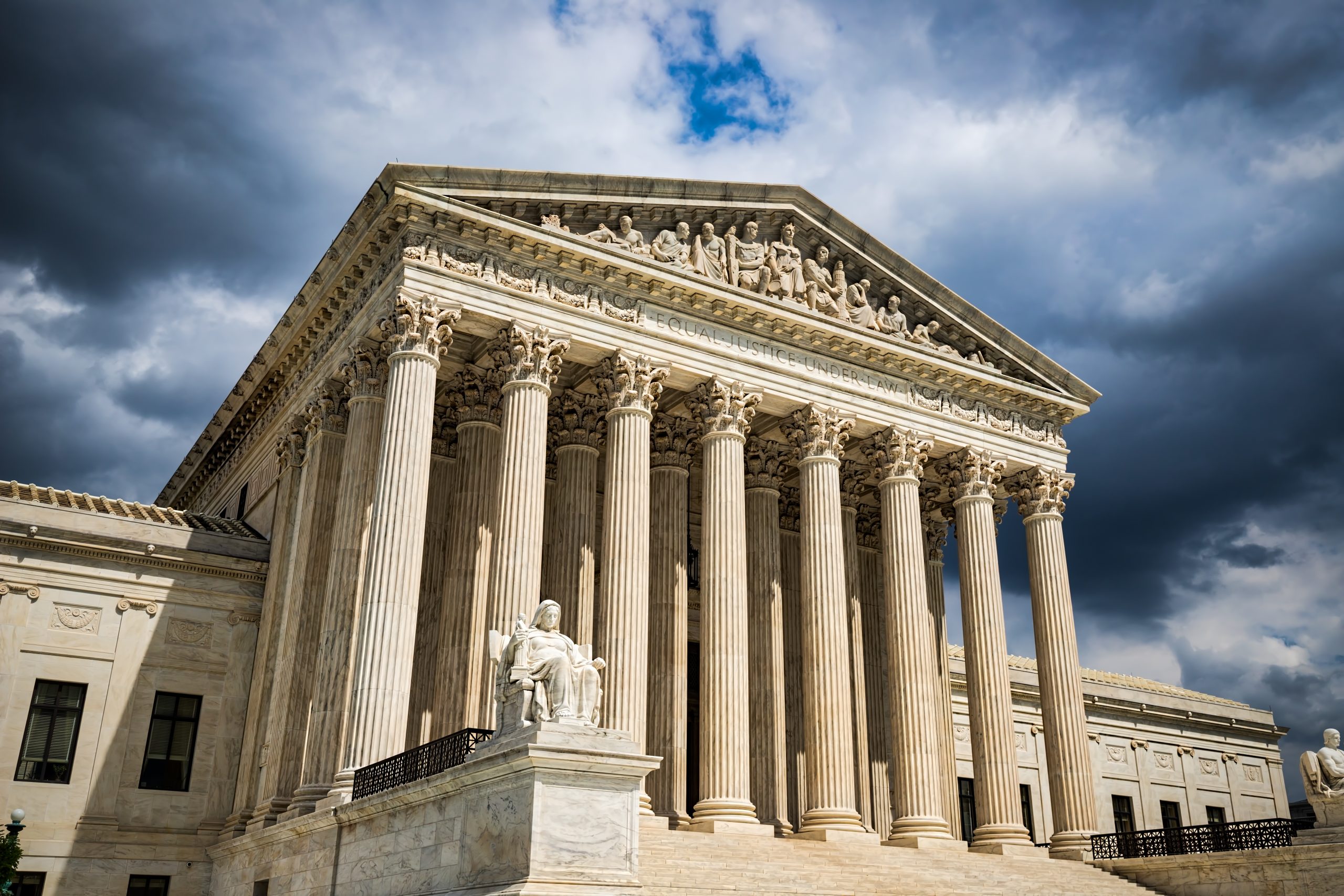 Congress passed, and President Trump signed into law, the First Step Act of 2018 in December 2018. Despite the hyperpartisan nature of politics these days, the First Step Act was a bipartisan project several years in the making. The goal of the bipartisan effort was simple but important. It aimed to reduce the number of people in federal prisons while maintaining public safety.

In general, the First Step Act includes three major components. First, it requires the Department of Justice to establish a risk and needs assessment system for the Bureau of Prisons (BOP). Second, it modifies several sentencing provisions for drug-related federal offenses. And third, it reauthorizes the Second Chance Act of 2007 to expand important prison programming. In addition to these three major components, the First Step Act includes a series of other important justice reform measures.

Risk and Needs Assessment under the First Step Act

Once the BOP determines a prisoner’s risk, it then must assign the prisoner to “evidence-based recidivism reduction programs” and “productive activities” to reduce their risk. The First Step Act tasks prison officials with determining both the type and amount of programming that every prisoner requires, based on the prisoner’s “criminogenic needs.”

As prisoners participate in recidivism reduction programs and productive activities, the BOP is also tasked with reassessing their recidivism risk. If that risk changes — which, assuming the BOP’s programming is worthwhile, should be inevitable — the BOP then must reassign prisoners to new programming based on their updated risk and needs.

Part of the goal behind the First Step Act was to reduce the number of prisoners in federal prisons. According to the BOP, there are more than 150,000 individuals in federal prisons today. The vast majority of that figure (nearly 125,000) are in BOP custody. The remaining amount (roughly 30,000) is split relatively evenly between private facilities and other types of detention centers.

Time credits aren’t available for all prisoners, however. In general, prisoners serving sentences for violent crimes, terrorism, espionage, human trafficking, sexual assault and exploitation, repeat felony in possession of a firearm, fraud, or high-level drug offenses can’t earn these time credits. Likewise, prisoners subject to a final order of removal by a U.S. Immigration Court also aren’t eligible. These prisons may be, however, eligible for other incentives under the First Step Act.

The First Step Act also incentivizes prisoner participation with other rewards. These include additional phone privileges, including an extra 30 minutes per day. They also include additional visitation time and the possibility of a transfer to a facility closer to home. Other examples include increased spending limits and product offerings for commissary as well as greater email access. Prisoners could also earn placement in preferred housing units. Finally, the act even allows for other rewards that prisoners propose — so long as the BOP approves.

Time credits, in turn, translate to an earlier release from prison into prerelease custody. Prisoners become eligible for prerelease custody once they earn the number of time credits that equals their remaining prison sentence. They must have also demonstrated a reduced risk of recidivism or maintained a minimum- or low-risk recidivism during their time in prison. Finally, BOP personnel must determine that the prisoner presents a minimum or low risk based on their last two assessments.

Some prisoners may not be able to meet this final requirement. They can, however, be transferred to prerelease custody if the warden determines that they are not a danger to society. The warden must also believe that they have made good faith attempts to lower their recidivism risk and are unlikely to reoffend.

Prisoners ordered to serve time on supervised release after their incarceration, who have also earned the time credits equal to their remaining sentence length, can be transferred directly into supervised release (rather than prerelease custody) if their latest risk reassessment determined them to present a minimum or low risk of recidivism. However, the BOP is prohibited from allowing prisoners to start serving a period of supervised release more than 12 months before they would otherwise be able to do so. So, if a prisoner has earned more than 12 months in time credits, the additional amount can be served in prerelease custody.

Prerelease custody ordinarily includes home confinement with 24-hour electronic monitoring and a variety of other conditions. In general, individuals in prerelease custody must remain in their home with some limited exceptions:

The First Step Act also included a number of much needed sentencing reform measures at the federal level.

The First Step Act also changed the criteria that courts use to determine whether a prior conviction triggers these mandatory minimum sentence rules. Rather than simply requiring a felony drug offense, the First Step Act requires that a prior conviction constitute a “serious drug felony” or “serious violent felony.” Serious drug felonies must carry a maximum of 10 years or more, and the individual must have served more than 12 months on that conviction within the past 15 years.

This is a significant change from the prior standard, which merely required a drug felony, because that only required a prior conviction of a drug offense with a maximum term of one year or more. Serious violent felonies similarly require that the individual must have served at least 12 months in prison.

Before the First Step Act, someone convicted of two or more drug-trafficking offenses involving a firearm in the same case could be subject to the “stacking” provision. This means that they would face a 25-year minimum for two or more convictions. This was true even though those convictions were the product of charges in the same case. Under the First Step Act, however, the “stacking” provision applies only when the individual has a prior conviction.

Originally, someone convicted of possessing 50 grams of crack cocaine faced the same 10-year minimum that someone convicted of possessing 5,000 grams of powder cocaine did. The same disparity existed with five-year minimums, too: Five grams of crack cocaine got you the same sentence as 500 grams of powder cocaine. With the Fair Sentencing Act, the crack-to-power ratio went from five to 500 (or 50 to 5,000) to 28 to 500 (or 280 to 5,000).

The Second Chance Reauthorization Act of 2018

Treatment, grant programming and research provided for under the Second Chance Reauthorization Act of 2018 aims to improve the quality of life for prisoners both in and out of prison. Whether the act achieves this goal is a subjective question. But the act also includes provisions requiring the National Institute of Justice to evaluate its effectiveness within five years.

The First Step Act also contains several other provisions aimed at reforming the criminal justice system as well. Perhaps the best example is the act’s amendment to 18 U.S.C. § 3624(b). Now, prisoners can now earn up to 54 days of good time credit for every year of their sentence imposed. Under the law’s previous version, good time credit was based on time served.

Other examples include a prohibition on the use of restraints on pregnant prisoners, the placement of prisoners closer to their primary residence, and the placement of low-risk prisoners in home confinement. They also include more flexibility and transparency when it comes to compassionate release, the expansion of prisoner employment, de-escalation training for prison officials, and more.

The First Step Act undoubtedly includes many positive measures aimed at reforming the criminal justice and prison systems. But the provisions in the bill are only an improvement to the extent that they impact BOP’s practices. And, so far, the First Step Act’s major reforms are getting mixed reviews at best.

Frequency and Length of Programming for 30-15 Time Credits

Perhaps the most significant criticism so far centers on the First Step Act’s provision providing for 15 days of time credits for every 30 days of programming. On the surface, the 30-15 provision makes it sound relatively straightforward to earn time credits. Your mind automatically breaks it down into months: do 12 months of programming, and you get out six months early. Undoubtedly it won’t be that simple, we think, but it’s something to aim for.

But a recent report from the Federal Bureau of Prisons gives a different impression. The report reflects some programs provide an opportunity for a significant amount of hours on a somewhat regular basis. For example, the “Bureau Literacy Program” is 240 hours and one and a half hours per day.

Other programs, however, are shorter and less frequent. Two female-only programs, “Assert Yourself for Female Offenders” and “Understanding Your Feelings: Shame and Low Self Esteem,” are only eight- and seven-week programs. And they are also only available on a one-hour-per-week basis, meaning you’d only earn eight or seven hours over the course of roughly two months.

It isn’t just the frequency and length of the programs in the report that raise questions. There are numerous other questions advocates have been asking since the Bureau released it.

For example, how many “hours” constitutes a day under the First Step Act? If it’s eight hours per day, you’d complete one day of programming once you completed the eight-week “Assert Yourself for Female Offenders.” Only 29 more programs just like it, and you’d have 15 days worth of “time credits.” If you were only allowed to participate in one program at a time — something else that isn’t perfectly clear — it would take you 232 weeks to earn 15 days with one-hour-a-week programs like “Assert Yourself for Female Offenders.”

And this is just one potential issue with the First Step Act as implemented by the Bureau of Prisons. Other problems include how the Bureau has applied the law’s exclusions with respect to some prisoners. Some advocates contend that the Bureau has applied the exclusions too broadly. In doing so, the BOP disqualifies a much larger portion of the prison population than ever intended. Advocates also fear that the availability of programming is much spottier than the law requires.

As indicated above, the First Step Act implements risk assessment tools. Throughout U.S. history, discretionary assessment tools used in the criminal justice system have routinely relied on racially-biased factors. The fear is that the risk assessment tools for the 30-15 program won’t be any different. Rather than using “tools” like algorithms, critics recommend systems that required individualized assessments. These present a better chance of accurately determining one’s recidivism risk.

Critics also point out that the First Step Act penalizes prisoners based on their immigration status. Several provisions in the act expressly exclude non-citizen immigrants, including ones that help prisoners earn an early release. Yet immigration-related cases make up more than 50% of all federal criminal prosecutions.

The First Step Act also appears to encourage participation in religious programming in prison. The First Amendment to the U.S. Constitution prohibits Congress from making “law[s] respecting an establishment of religion, or prohibiting the free exercise thereof….” Yet the First Step Act expressly includes “faith-based classes or services” in the definition of evidence-based recidivism reduction program. This means that participation in faith-based classes or services can earn prisoners an early release. In light of the inadequate availability of programming, prisoners may feel pressured to participate in programming for faiths they don’t believe in just to earn time credits. This pressure is both constitutionally problematic and simply immoral.

The First Step Act of 2018 is significant. It marks one of the most notable steps at reforming the criminal justice system in recent memory. But the act itself is — as its name suggests — just a first step. And even that first step was far from perfect. Moving forward, it is incumbent on lawmakers to amend the First Step Act. They need to address the problems laid out above as well as many, many more. But it’s also incumbent on them to take additional steps, too. But, as Senator Cory Book (D-NJ) likes to say, lawmakers must be able to “walk and chew bubble gum at the same time.”