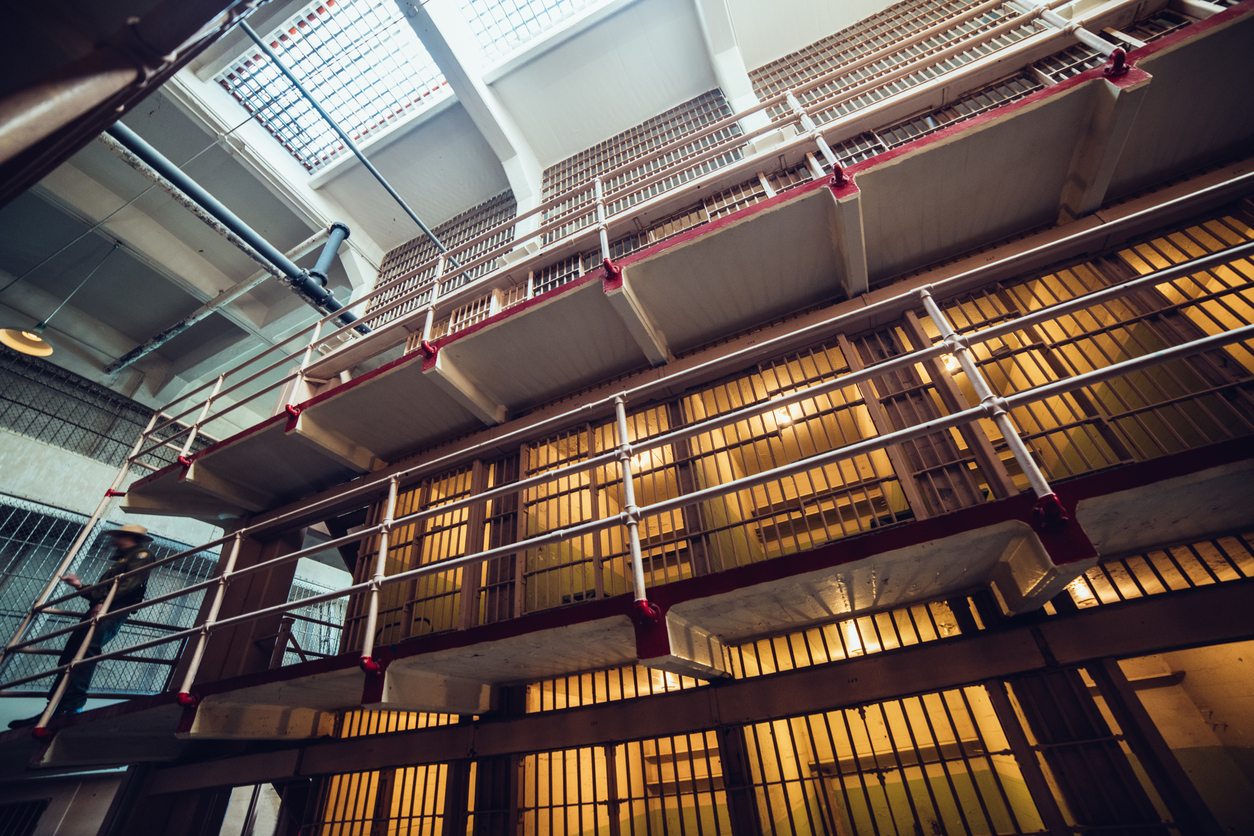 You can’t go long without a story about prison guards having sex with incarcerated people.

Reports about prison guards having sex with incarcerated people show up way too often. Yesterday, for instance, we saw a report that “[a] North Carolina prison guard has been charged with sexual activity with an inmate[.]” According to that report, Ashley Danielle Hubbard, a prison guard at the Lincoln Correctional Center, “admitted to having a relationship with the inmate and engaging in sexual activities.”

Yesterday, we also saw a report that “[a] Yazoo County Regional Correctional Facility correctional officer has been arrested for allegedly having sex with an inmate.” As another report explained, “Tiffany Simmons was charged with having sex with an inmate by an officer today after an investigation uncovered their relationship.” The Chief Deputy with the Yazoo County Sheriff’s Department said that they would be able “to prove that Simmons and [the incarcerated person] were having a sexual relationship.”

Last week, we saw another report that “[a] Rhode Island correctional officer has been charged with having sexual relations with an inmate,” too. That prison guard, Justin M. Toye, faced three charges for “sexual relations” with one incarcerated person.

It was also last week when we saw a report that “[a]n officer at the Miami Correctional Facility who was accused of engaging in multiple sexual acts with an inmate at the prison has been sentenced to three years probation for her role in the case.” According to that report, Alicia Baker “admitted she had kissed, fondled and engaged in oral sex with an inmate four or five times in the laundry room of his unit[.]”

Media outlets choose to describe nonconsensual sex as anything but rape and abuse.

There are words we use to describe nonconsensual sex. Those words apply to nonconsensual sex between prison guards and incarcerated people, too. We could call it rape. If that’s too scary, we could call it sexual assault, sexual abuse, sexual misconduct or pretty much anything else. As long as we don’t lose sight of the fact that prisoners can’t legally consent, there isn’t a problem.

But that’s not what most media outlets choose to do. Instead, as these reports demonstrate, outlets regularly choose to do something else. They describe prison guards’ sexual abuse against incarcerated people in ways that minimize it. And they lose sight of the wrongness and criminal nature of the prison guards’ actions along the way. They’ll call it “sexual activity” or “sexual activities.” They’ll call it “having sex with,” “having a sexual relationship” or “having sexual relations with.” Or they’ll call it “engaging in multiple sex acts” and describe them as “kiss[ing],” “fond[ing]” and “engage[ing] in oral sex.”

But, for whatever reason, words like rape, sexual assault, sexual abuse and sexual misconduct are often impossible to find. In fact, rather than describe the prison guards’ conduct, media outlets often give details about the victim instead.

For example, one of the Mississippi reports let us know that the victim was “charged with several counts of possession of contraband,” as well as that he was “currently being held at the facility as a suspect in [a] homicide case.” That’s more details than we learn about his abuser, who is only described as someone who had “been arrested for allegedly having sex with an inmate” and “fired.” That’s it.

Again, incarcerated people can’t consent to sex with prison guards as a matter of law.

As indicated above, federal law makes it illegal for prison guards to have sex with incarcerated people. Specifically, 18 U.S.C. § 2243 prohibits “[w]hoever … in a Federal prison, or in any prison, institution, or facility in which persons are held in custody” from “knowingly engag[ing] in a sexual act with another person who is” “in official detention; and” “under the custodial, supervisory, or disciplinary authority of the person so engaging; or attempt[ing] to do” the same. Anyone who violates the statute faces a fine, a prison sentence of “not more than 15 years, or both.”

Congress also passed the Prison Rape Elimination Act ( also known as “PREA”). PREA prohibits sexual abuse by a prison guard against an incarcerated person with or without their consent. This is because, as USA Today’s Devon Link explained, [f]ederal law criminalizes any sexual relationship between officials and inmates because inmates cannot legally give consent.” Similarly, as Jim Harvey, the Executive Director, and Kelly Shelton, the PREA Advocate, for the Rape Crisis Center of Central New Mexico, wrote for the Albuquerque Journal, “[t]he power difference between inmates and correctional officers is so extreme that it negates any ability for an inmate to consent to sex with a guard or other prison staff….”

“The very nature of incarceration is that inmates cannot make the minutest of decisions, like when or if to take a shower, what or when to eat, whether the lights are on or off, and when or whom they can call,” Harvey and Shelton explained. “If an inmate [can’t] even … make these basic decisions for him/herself, how can he/she possibly consent to sex with the persons in charge of making all these decisions?”

Even when media outlets report on sexual abuse by prison guards, they downplay it.

Even in a report about how “[a]lmost half — 48% — of substantiated incidents of sexual victimization involved guards and inmates,” the media couldn’t help but downplay the wrongful and criminal nature of the prison guards’ conduct. To begin, the article’s headline makes it sound closer to a love story than rape. “Sexual Relationships Between Inmates and Prison Employees Fairly Common, Statistics Show,” it reads.

This language — “appeared to be willing” and no “abuse of power” — is a problem. Recall Harvey’s and Shelton’s words from their piece in the Albuquerque Journal. “The power difference between inmates and correctional officers is so extreme that it negates any ability for an inmate to consent to sex with a guard or other prison staff,” they wrote. So, you can’t really say that some incarcerated people “appeared to be willing” like this. Nor can you say that an interaction didn’t involve an “abuse of power” in the guard-inmate context.

Even the Department of Justice does a better job of describing sexual abuse than most media outlets. For example, in October, the DOJ issued a press release about Eric Todd Ellis’s sexual abuse against a prisoner. “Former Bureau of Prisons Corrections Officer Sentenced for Sexually Abusing an Inmate and Witness Tampering,” it wrote in the title. The media? “Ex-Alabama federal prison guard gets 18 months for sex with inmate in laundry room,” Alabama.com’s Carol Robinson wrote. “Ex-Alabama federal prison guard gets 18 months for sexually abusing inmate in laundry room.” That headline would have worked. But, apparently, that was too much.