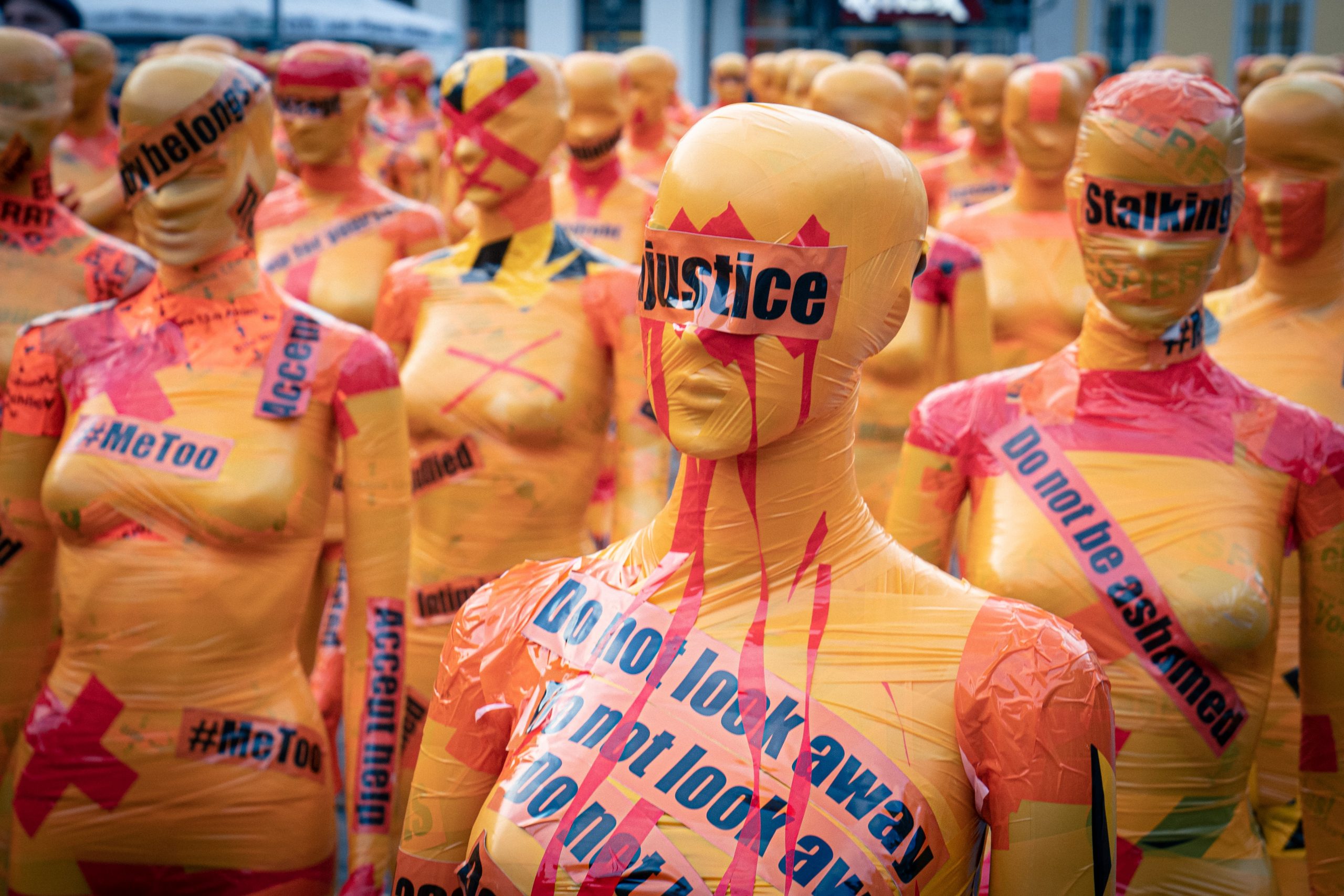 Sexual assault remains one of the biggest problems in American prisons. But the offenders are rarely other prisoners. Instead, most rape and sexual assault allegations point the finger at staff. To make matters worse, prisoners are subjected to strip-frisk searches sometimes daily. This procedure, while technically legal, would inevitably be surrounded by assault and harassment allegations anywhere but prison. For most, the experience is not just an invasion of privacy; it’s traumatizing and triggering.

Sexual Assault in Prison Affects Thousands of Prisoners, and the Offenders are Often Staff

The tension between correctional officers and prisoners is well documented. And it makes sense. Power dynamics are constantly shifting in jail, and leaving oneself vulnerable could be a deadly mistake. Correctional officers use shakedowns and lockdowns to exert authority. Prisoners push back by subverting prison rules whenever possible.

According to the Bureau of Justice Statistics, there were less than 8.800 reported sexual assaults in prison during 2011. However, almost 10% of male prisoners say they’ve faced sexual assault while in prison; that’s almost 200,000 individuals. Female prisoners are significantly more likely to be sexually assaulted behind bars. Both male and female prisoners are twice as likely to be assaulted by staff as by fellow prisoners. This could explain why so few prisoners report rape. When the offenders are also the ones in power, victims may fear retaliation for reporting the offenses.

That’s why the Department of Justice put together national standards for reporting sexual assault in 2012. Within just four years, reports rose more than 180% with over 24,000 recorded allegations. According to investigations into the reports, less than 10% are substantiated. While this may seem to imply that prisoners routinely make false allegations, experts believe the opposite is true. Lovissa Stannow, executive director for Just Detention International, thinks that many of the allegations are against staff, and correctional officers are hesitant to implicate their colleagues.

With so many violent encounters between staff and prisoners, it’s no wonder that many prisoners feel violated by strip-and-frisk procedures.

As with any human interaction, both correctional officers and prisoners bring a lot of baggage into each encounter. And once there’s bad blood between two individuals, chances are slim that they can peacefully interact. This explains why routine strip-frisk searches can escalate into physical conflicts. Correctional officers still have a job to do, though. The most important part of that job is keeping prisoners safe. To keep them safe, staff have to constantly monitor the movement of contraband inside the prison.

While correctional officers pride themselves on finding contraband, prisoners often pride themselves on finding ways around staff. One of the most common ways to sneak illicit items into the prison is through body cavities. The assumption is that hiding things in the anus or vaginal canal makes it hard for correctional officers to see or feel during a pat down. As the practice became more popular, staff had to adapt. The obvious result is that prison staff now conduct body cavity searches. Since courts allow many invasive practices inside prisons under the guise of safety, these searches are legal.

The practice makes perfect logical sense, but that doesn’t make it any less traumatizing. Consider the accounts of several female prisoners at a Michigan prison:

My stomach and heart drops, when it’s close to my visitor’s time to go, because I know that I have to get strip-searched in this horrible manner.

The procedure is dehumanizing in every way. Upon completion of the shakedown that felt close to a forced self-rape act.

Numerous prisoners report that refusing to comply with correctional officers can be dangerous.

One of the key issues with strip and frisk searches is that prisoners do not consent to the searches. This may seem obvious, but it instantly highlights how violating the practice really is. During the entire encounter, prisoners are keenly aware that they cannot refuse. And if they do, correctional officers will make it worse for them. For many, just the threat of consequences is enough to scare them into submission.

Corey Devon Arthur says that prison officials have strip-frisked him more than 1,000 times, beginning when was just 14 years old. When he was just 16, Arthur describes his first strip-frisk search inside prison. Correctional officers lined up almost two dozen prisoners and forced them all to strip down. During the instructions, Arthur recounts on officer telling them, “If any of you [mess] this up, my stick is gonna get some action. Bend over at the waist and spread ‘em.”

He says that he and the other prisoners complied out of fear. Arthur found the practice so degrading that he initially told loved ones not to visit so that staff wouldn’t strip-frisk him after they left. Of course, he soon realized that correctional officers would perform these searches anyway. But when family members pushed back, he began to internalize that what staff did to him constituted sexual assault. Eventually, he stood up to the correctional officers and refused to comply. This resulted in multiple staff holding him down while one used gloved fingers to probe every orifice for contraband.

The order further explains that staff can conduct strip-frisk searches if they have reason to believe that a prisoner is hiding something on their person. This includes information passed to staff by other prisoners. In effect, a prisoner could falsely accuse another of hiding contraband specifically to initiate a strip-frisk of the individual. This seems an awful lot like rape by proxy. It also puts prisoners in a constant state of anxiety because they may be subject to an invasive search at any point with little provocation.

Strip-frisk searches are not limited to prisons, either. Across the United States, the U.S. Supreme Court has upheld that officers can conduct strip searches during any arrest. This includes traffic violations and nonviolent crimes. It even includes arrests that do not result in conviction. Because these statutes apply to the safety of the facility, not to one’s status as a convicted criminal, any prisoner or correctional officer can be searched if staff have probable cause. Some women have even reported staff strip-searching them during routine visits to see their loved ones.

Strip-Frisk Searches May Border on Torture

Penal Reform International prepared a brief on appropriate methods for conducting body cavity searches without violating human rights. The group notes that “body searches represent a high-risk situation for abuse, ill-treatment or even torture, and may also be misused to intimidate, harass, retaliate or discriminate.” To help mitigate the potential risks, they propose several standards for conducting strip searches:

With so much at stake, it’s hard to understand why more prisons don’t make use of imaging technologies when searching prisoners. Almost all airports in the United States feature specialized devices that security agents can use to check for smuggled weapons or contraband. Prisons could utilize the same technologies. Yes, the cost of this technology is high, but it’s difficult to put a price on safeguards to prevent traumatizing prisoners. For this reason, groups like Penal Reform International are pushing for more prisons to make use of imaging technologies for routine body cavity searches. Only those who appear to have concealed contraband would be subject to strip-frisk searches.

Even if these technologies are not cost-effective for most prisons, Penal Reform International recommends other safeguards that could help ensure that strip-frisks are less traumatic. The use of a permanent, neutral site for body cavity searches would reduce feelings of victimization in other areas of the prison. Including trained medical staff in these procedures would also alter the power dynamics and help prisoners feel safer during the search.

Whatever the solution, it’s clear that current regulations around strip-frisk searches are not working to hold the government accountable. They give correctional officers permission to continually victimize prisoners despite growing evidence that staff sexually assault prisoners at alarming rates. By international standards, they violate human rights and border on torture. It’s time to restore humanity and dignity to prisoners, to revisit the line between prison safety and abuse of power.