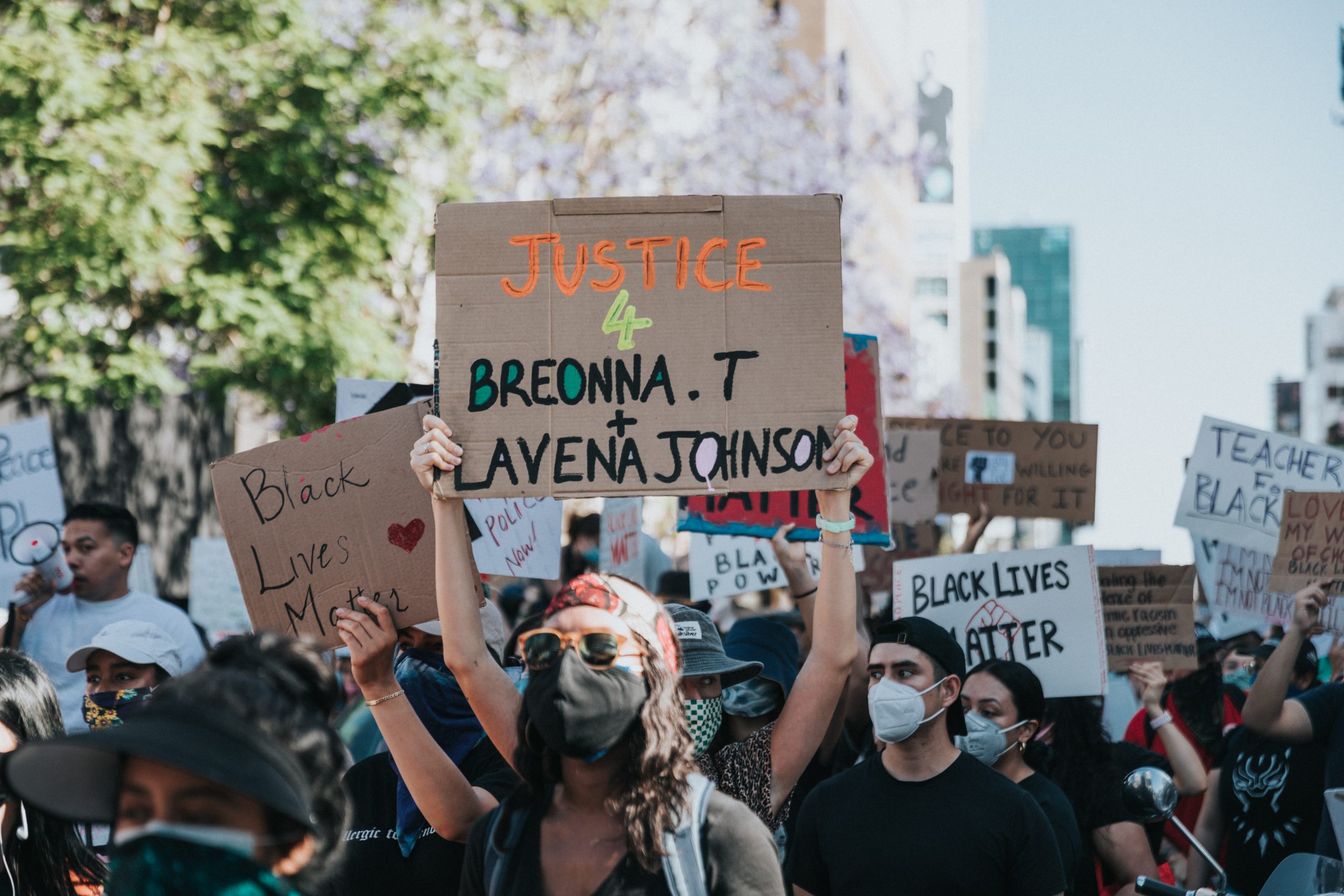 Police brutality and accountability are at the forefront of national conversations around criminal justice reform, and for good reason. There are dozens of high-profile cases every year where video shows police officers clearly violating a person’s rights. Yet district attorneys choose not to indict officers. In almost every instance, victims have little recourse because they cannot sue individual officers under the “qualified immunity” defense. In essence, qualified immunity protects government workers from accountability for violations performed as part of their work. For police officers, courts have essentially granted immunity for violations of civil liberties. Unless the victim is able to establish precedent specific to their situation, they can’t bring their case before a judge. Eliminating qualified immunity will pave the way for more police accountability, even when cities refuse to file criminal charges.

It is important to understand that the qualified immunity defense does not apply to criminal charges. The protections granted are specific to civil cases brought forth by victims who allege police misconduct or assault. Government officials are still solely responsible for determining whether or not they will indict individual officers for a crime. For that reason, most opposition to eliminating qualified immunity centers on the financial burden to cities and individual officers.

What the U.S. Supreme Court Says About Qualified Immunity

The Civil Rights Act of 1871 granted citizens the right to sue government workers who violate their rights; some of the violations this law addressed include police brutality, illegal search and seizure and unlawful arrest. Civilians had the power to ask for monetary compensation for a violation of their constitutional rights, even when those violations occurred while the government worker was performing the duties of their position.

For nearly a century, the U.S. Supreme Court protected civil rights by upholding the spirit of this law. In Monroe v. Pape, the Court expressed that the purpose of the Civil Rights Act of 1871 was “to give a remedy to parties deprived of constitutional rights, privileges, and immunities by an official’s abuse of his position.” Justices sided with Monroe, which allowed Monroe to sue several Chicago officers for illegally raiding the Monroe home, stripping the family and unlawfully detaining James Monroe.

During the Civil Rights era of the 1960s, the Supreme Court began to adjust its stance. The result would include expanded protections for government workers.

The Court created qualified immunity, which it described as an exception that protected government officials who acted in good faith. The Court was just getting started, though. By 1982, the Supreme Court had broadened the protection of qualified immunity to include any government official. Victims could only sue an official if they could prove that their right was clearly established. This clause basically requires victims to show previous precedent that identifies their right in that specific circumstance.

The only exception to qualified immunity so far is Hope v. Pelzer. In that one instance, officers bound a prisoner to a post and proceeded to torture him over several hours. Despite a lack of precedent, the judge ruled that violations of the prisoner’s rights were so obvious that the officers didn’t need previous precedent. They should have known that they were violating the prisoner’s rights on principle.

Accountability is the central tenet of police reform; all other efforts to improve police department practices are irrelevant if officers are protected from violating a person’s fundamental rights. This is obvious when one remembers that most high-profile cases involving police brutality over the past decade include video evidence; even when video leaves no doubt that officers violated victims’ rights, they are rarely charged. Video provides an indisputable account of an event. But under qualified immunity, officers are still protected unless a victim can identify a previous case with nearly identical circumstances. That’s why eliminating qualified immunity is viewed as controversial by so many.

“To some observers, qualified immunity smacks of unqualified impunity, letting public officials duck consequences for bad behavior — no matter how palpably unreasonable — as long as they were the first to behave badly,” explains Federal Judge Don Willet. Such was the case of 12-year-old Tamir Rice, gunned down on a neighborhood playground. Of Breonna Taylor, shot and killed by police as she slept in her own bed. Examples abound, but the outcome is the same. Victims have no recourse whatsoever, so long as those precise conditions are new to the courts.

In each instance, members of Congress recognized the issues inherent to qualified immunity and sought to permanently address the practice. However, police reform remains remarkably polarized in American politics, and none of the bills had enough support to receive a full vote by House members. Because qualified immunity was first described by the U.S. Supreme Court, only federal officials can legally overturn or amend the use of qualified immunity. For some states, the federal process is just too slow. Some states are tired of waiting and have taken control of the conversation. That’s where Colorado comes in.

Police accountability and reform may be on the horizon, but Colorado may have just taken several steps ahead of the proverbial curve by passing legislation that would effectively disallow police officers from using the qualified immunity defense. Senate Bill 20-217 addresses numerous issues related to police reform, including the use of body cameras and mandates about the release of information to the public in cases where officer misconduct is in question. But it’s the section on civil action and the deprivation of rights that has garnered national attention.

“Qualified immunity is not a defense to liability pursuant to this section,” the bill reads. It also explicitly states that government officials are liable to injured parties if they show evidence that their constitutional rights have been violated. “These laws are changing the status quo as to when there are consequences for bad behavior,” said Robert McNamara, attorney at the Institute of Justice. Many legal experts and police reform advocates have offered praise for the new legislation; others are skeptical about whether or not these changes will deter officer misconduct.

“Bad cops are bad cops. They already have policies that they don’t follow, they already have training that they are not willing to follow. They don’t give a hoot,” said Cory Christensen, president of Colorado’ Association of Chiefs of Police. One reason is because individual officers may still not feel the consequences of monetary judgments. The court may decide to award victims compensation for officer misconduct. Local leaders can still pay those damages out of city budgets if they believe the officer was acting in good faith.

While civilians can sue police officers for violating their rights, taxpayers and local governments will probably still foot the bill.

Because it is easier to sue officers for misconduct, they argue that it will be harder to recruit new officers. They also say complaints about police misconduct will overwhelm the city. Though there is little evidence to suggest that police departments will struggle to find and train new officers, the law does give some cause for concern. If local leaders find that an officer has not acted in good faith, they could revoke the officer’s certification and terminate employment.

“Essentially, they lose their job if we take it to trial and lose,” explained Denver Assistant City Attorney Wendy Shea. If a police department believes that an officer’s conduct does not warrant termination, avoiding a court judgment allows them to sidestep these provisions in the bill. That doesn’t mean that police unions and organizations support protecting officers who violate an individual’s civil rights, though. The Fraternal Order of Police supports firing bad cops and revoking their certifications.

“People think that police officers have a free reign to do whatever they want and they are not held accountable; that’s not what it means,” said Rob Pride, a police sergeant in Colorado. “It does not prevent police departments from firing officers.” Pride says that he opposes eliminating qualified immunity, but supports increased police accountability. However, evidence that police departments hold their officers accountable without outside judgment is lacking. Too often, community members must stage protests and garner national attention before police departments will investigate accusations of police brutality.

It is still too early to tell what impact Colorado’s bill will have on officer misconduct, or if the “doomsday scenarios” that police unions warn about will come to fruition. State and federal officials are watching Colorado, though; they may well use Senate Bill 20-217 as a blueprint for police reform elsewhere. The one thing that all involved can agree on is the need for more transparency and more accountability for officers. For now, Colorado is a step ahead of the nation.