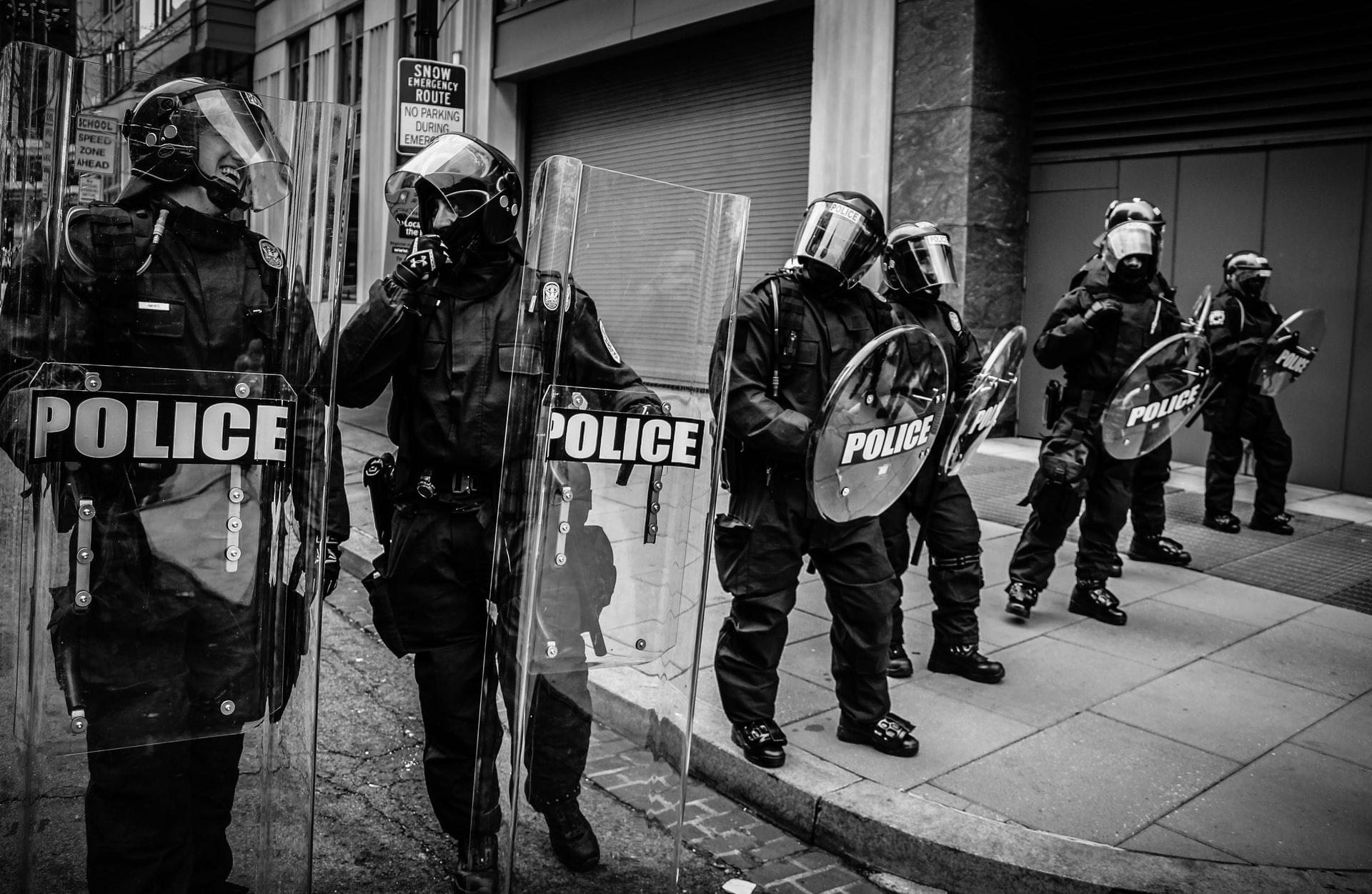 Over the summer of 2020, protesters filled the streets in cities and towns across the U.S. For some, the protests were about racial justice. For others, they were about a broken justice system. But, no matter what the point of the protests was for you, one thing was clear: many people are looking for change. While the proposed changes range all the way from “Defund the Police!” to meaningless clichés “a few bad apples,” some ideas get more media attention than others. That’s where the discussion about “qualified immunity” comes in. For two democratic lawmakers, it’s time to end qualified immunity.

The Doctrine of Qualified Immunity

“Qualified immunity” is a doctrine created by judges, not elected lawmakers like senators or representatives. In general, qualified immunity shields government officials from personal liability for money damages when they violate your constitutional rights. The catch is simple: government officials — like police officers — can only face legal responsibility if they violate “clearly established” laws.

Individuals are able to sue government officials for money damages under 42 U.S.C. § 1983, a federal statute often discussed in the context of civil-rights claims. They are also able to sue the government for money damages under Bivens v. Six Unknown Named Agents of Federal Bureau of Narcotics (1971), a 50-year-old U.S. Supreme Court decision, when those officials violate their constitutional rights. Money damages are generally the only thing available to award someone whose rights were already violated. So the ability to bring such a lawsuit is extraordinarily important.

In theory, qualified immunity shouldn’t be the death knell for governmental accountability. After all, you might be thinking, if a government official violates your constitutional rights, surely they violate clearly established laws… right?

In Harlow v Fitzgerald (1982), the Supreme Court made it clear that the answer to that question was definitely a no. Leaving past decisions about a police officer’s good (or bad) faith behind, the Supreme Court instead adopted a new, supposedly “objective” test. The Harlow Court held that plaintiffs could only overcome qualified immunity if they demonstrated that the official’s conduct “violate[d] clearly established statutory or constitutional rights of which a reasonable person would have known.”

At the time, it seemed clear that the Supreme Court’s new standard had more protections for government officials than its previous one. But even the Court seemed reluctant to go too far. It expressly rejected the idea that its decision created a “license to lawless conduct.” “If the law was clearly established,” the Court wrote, “the immunity defense ordinarily should fail, since a reasonably competent public official should know the law governing his conduct.”

But the fallout from Harlow was still significant.

Courts immediately made the “clearly established” test a challenging one for plaintiffs to pass.

As a result of Harlow, courts started refusing to let plaintiffs overcome qualified immunity in situations where other plaintiffs hadn’t already done so. According to those courts, if plaintiffs couldn’t point to a substantially similar legal decision, the law wasn’t “clearly established.”

The consequences of this “logic” are obvious. If your circumstances were new, you were out of luck.

One of the best examples of this flawed logic comes from a decision by the U.S. Court of Appeals for the Ninth Circuit. In West v City of Caldwell (2019), a SWAT team fired tear-gas grenades in the plaintiff’s home. The grenades unsurprisingly caused extensive property damage, in addition to all of the other consequences to the plaintiff and her home. The appellate-court panel assumed that the SWAT officers had, in fact, violated the plaintiff’s constitutional rights. Yet it still concluded that qualified immunity protected the officers’ actions. According to the court, the plaintiff did not clearly establish a violation with enough specificity. (It’s worth adding that the SWAT team was at the plaintiff’s house to arrest her boyfriend, too.)

Then the U.S. Supreme Court started letting courts go straight to the “clearly established” test, too.

But courts didn’t stop there. The U.S. Supreme Court has also since made it even easier for courts to dismiss lawsuits on qualified-immunity grounds by letting them go directly to that issue. In Pearson v Callahan (2009), the U.S. Supreme Court allowed courts to go directly to the issue of whether officers violated a “clearly established” law without even addressing whether a constitutional violation also occurred. In many ways, this makes these cases easy for courts. They have two options. Courts can address what are often messy constitutional issues with complicated legal or factual questions. Or they can void those issues and make the plaintiff find a case that’s practically identical to move forward.

And courts even reduced the “reasonable officer” standard to an embarrassingly low level.

As Harvard Law professor and ACLU lawyer Scott Michelman wrote in an article several years ago, we’re now essentially left in a situation where, “for a plaintiff to overcome qualified immunity, the right violated must be so clear that its violation in the plaintiff’s case would have been obvious not just to the average ‘reasonable officer’ but to the least informed, least reasonable ‘reasonable officer.’”

The Proposal to End Qualified Immunity

The arguments for and against qualified immunity can get complicated. On the one hand, everyone generally agrees that law enforcement officials need to be able to do their jobs without the fear of hindsight being used against them. On the other, everyone also generally agrees that there has to be a meaningful way for people like you and me to hold government actors accountable if they violate our constitutional rights. That’s where proposed legislation from U.S. Representative Ayanna Pressley (D-MA) and U.S. Senators Ed Markey (D-MA) and Elizabeth Warren (D-MA) comes in.

On Mar. 1, 2021, Akela Lacy with the Intercept reported on a bill drafted by the three Massachusetts lawmakers that would completely abolish qualified immunity. Given the current political climate, the proposed legislation is likely to find itself in the middle of a partisan back-and-forth. This ordinarily means its fate will be left up to Democratic lawmakers, who currently control the House, the Senate and the Oval Office.

The Fate of the Democratic Lawmakers’ Proposal

Whether that control results in the bill becoming law is anyone’s guess. But the reality is that the bill itself isn’t a partisan idea. As Lacy reported, Rep. Pressley proposed similar legislation just a year ago with former U.S. Representative Justin Amash (I-MI). Before becoming an independent, leaving Congress and trying to start a stronger Libertarian movement in the U.S., many viewed Rep. Amash as a rising star in Republican ranks. In fact, some might even argue that his views were often representative of the Republican Party itself prior to the Trump era.

But, as times change, so, too, do the political winds. And now, legislation that once could bring the political parties together — legislation literally designed with a “small government” in mind — constitutes the Democratic Party trying to score political points.