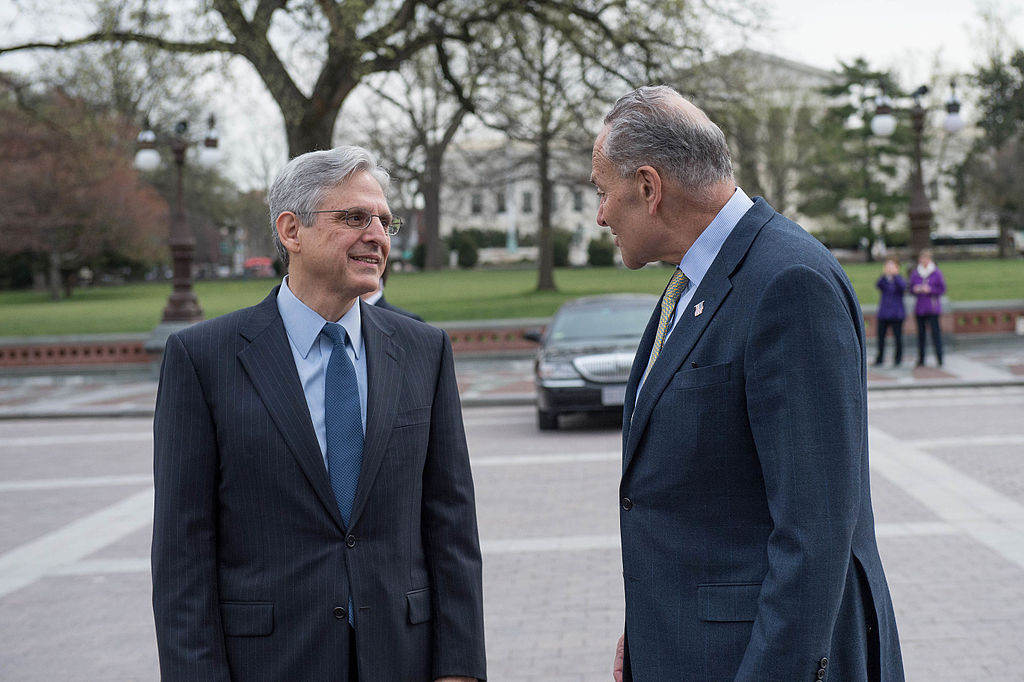 President Joe Biden nominated Judge Merrick Garland to be the next U.S. Attorney General. Judge Garland, a federal appellate-court judge, went through his first and second hearings with the Senate Judiciary Committee and is set to face the full Senate shortly. The position gives him power over the Department of Justice. Therefore, his opinions on criminal justice reform matters can change the United States’ path over the next four years. But who exactly is Merrick Garland, and what makes him stand out to be the next possible Attorney General?

Who is Judge Merrick Garland?

With regards to his work, Garland’s professional experience should not be taken lightly. First, after Garland graduated, he worked as a clerk for Judge Henry Friendly, and then for Supreme Court Justice William Brennan. From there, he performed pro bono work and worked at private law firms. After that experience, he worked under President George H.W. Bush as a federal prosecutor. Then Garland received bipartisan support for his nomination into the United States Court of Appeals’ D.C. circuit. And he became the Chief Judge of the D.C. Circuit in 2013.

The 2016 SCTOUS Nomination That Fell Through

Although people do not speak about it as much now, President Barack Obama nominated Judge Garland to the United States Supreme Court after Justice Antonin Scalia passed away. Judge Garland’s position as Chief Judge in the U.S. Court of Appeals for the District of Columbia court set him up as a qualified nominee for the Supreme Court. This is because the D.C. circuit “breeds” Supreme Court justices. Some examples of Supreme Court justices who came from the D.C. Circuit include Justice Ruth Bader Ginsburg, Justice Warren E. Burger and Justice Scalia.

However, the nomination never became a confirmation. Only hours after Justice Scalia’s death, according to NPR, then Senate Majority Leader Mitch McConnell said he would reject any appointment made by the sitting president. Eleven Republican members of the Senate Judiciary Committee agreed with McConnell’s sentiment. Despite Judge Garland’s reputation as an actual moderate, the Senate did not hold any hearings related to Judge Garland’s nomination.

President Joe Biden stated he would nominate Garland on Jan. 6, 2021. He did. Since winning the presidential nomination, Biden has repeatedly expressed his desire that the DOJ function separately from the White House. President Biden selected Judge Garland over several others. The Associated Press gave the names of others considered, such as Senator Doug Jones (D-AL) and Sally Yates, the former Deputy Attorney General.

Garland wants to be different than last administration.

One of the most blatant highlights of the hearing regarded President Trump’s previous relationship with the DOJ. The New York Times explained the relationship between President Trump and previous Attorney General William P. Barr as largely inappropriate. Their relationship blurred lines between professional and personal at times, which some contend is improper. Perhaps the most high-profile example was Barr’s willingness to intervene in cases involving Trump affiliates, which was often followed by Barr’s public guidance to President Trump to stop tweeting about it.

Both President Biden and Judge Garland have been clear that they will not be working together to push any personal agenda. During the hearing, U.S. News reported Garland saying, “I am not the President’s lawyer; I am the United States’ lawyer.”  President Biden echoed those sentiments when first revealing Judge Garland’s nomination. As reported by NBC News, Biden made clear that the Attorney General should “enforce the law as the law is written, not guided by me.” The sentiments are a departure from the Trump Administration, which was criticized for its hands-on approach to DOJ work.

On Feb. 22, 2021, Judge Garland had his first confirmation hearing with the Senate Judiciary Committee. The hearing covered several different issues, ranging from the DOJ’s relationship with the President to “defund the police” movements. But the committee also got into detail about some of the key justice reform issues being discussed today.

Judge Garland also made it clear that he does not endorse “defunding” the police. And he likewise emphasized that President Biden does not either. “We saw how difficult the lives of police officers were in the body cam videos we saw when they were defending the Capitol,” said Judge Garland at the hearing, referring to the Jan. 6 riots at the Capitol. Rather than cutting funds from the police, he expressed a desire to reallocate funding for other purposes, such as increasing funding for mental health professionals.

If confirmed, Judge Garland also wants to change discriminatory components of the criminal justice system. Cannabis reform came up during the second hearing, and Judge Garland recognizes a need for equity in cannabis law enforcement. More specifically, he stated that low-level cannabis crimes would not be a forefront worry of the DOJ if he is the next Attorney General. He also recognizes that cannabis laws target People of Color more than White Americans and aims for restorative justice in that regard.

Lastly, Judge Garland openly recognized the bias in the criminal justice system. According to the New York Times, Judge Garland explained his position like this: “I regard my responsibilities with respect to the civil rights division at the top of my major priorities list.” A few days before the hearing, the ACLU sent a letter to Garland requesting his support on an array of issues as Attorney General. The list included reforms such as ending mandatory minimums and dismantling the war on drugs. His response at the hearing seems to give advocates optimism.