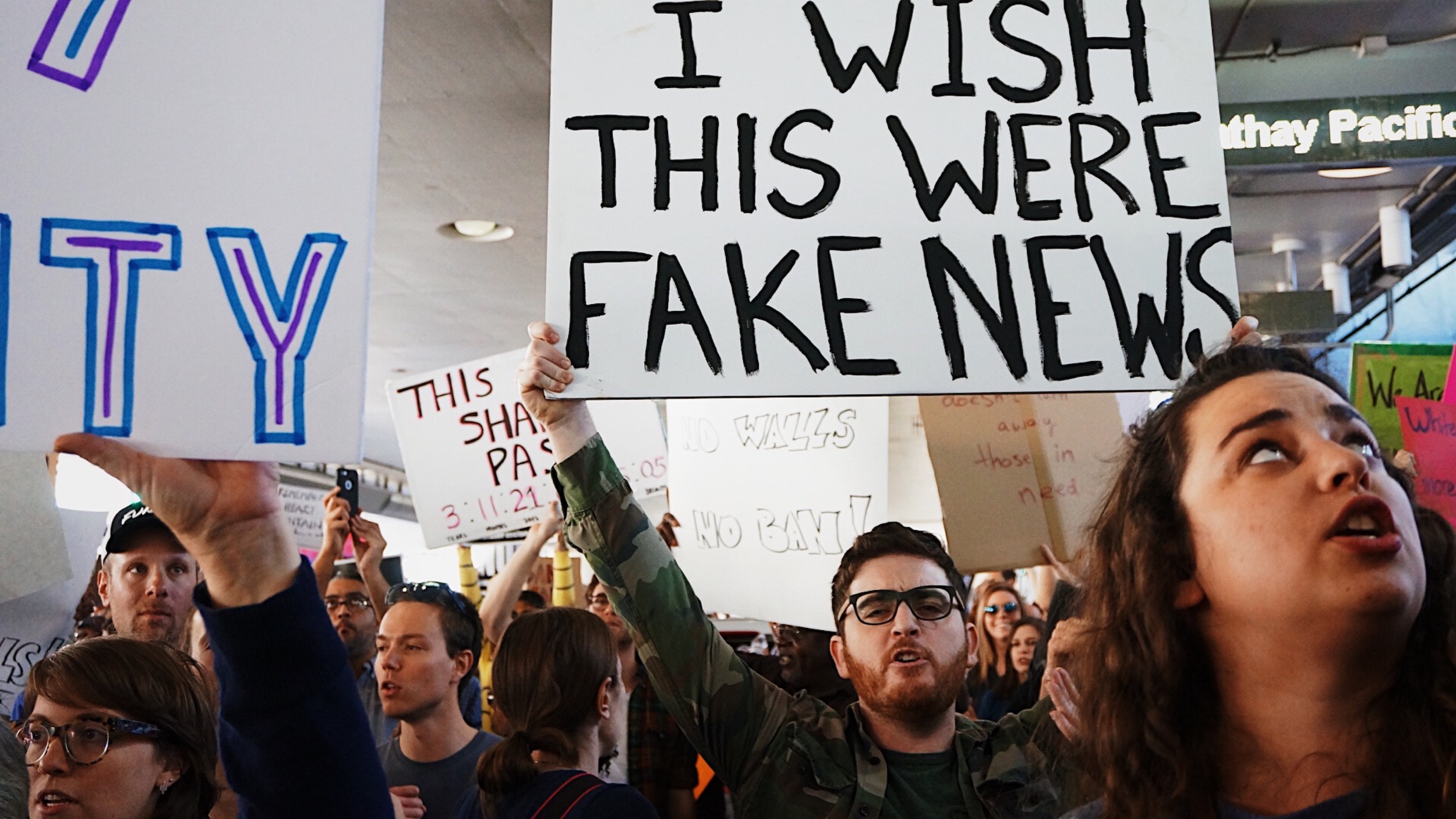 Police arrested Andrea May Sahouri, a reporter for the Des Moines Register, in May 2020. She was covering a Black Lives Matter protest at the time of the arrest. Despite documentation showing that Sahouri was a member of the press, Des Moines officers arrested her. Months later, the city doubled down, refusing to drop the charges. Many see Sahouri’s arrest and trial as a significant test of free press laws. With more journalists arrested at protests in 2020 than ever before, some question whether or not cities are actively trying to suppress freedom of the press.

Video surfaced of yet another Black man killed by police in May 2020. While it was not the first or the most egregious case of police misconduct since COVID-19 forced a nationwide lockdown, it was a breaking point for many. Amid questions of public safety and worries of super-spreader events, Americans flooded the streets. Protests erupted around the country. Protesters armed themselves with cameras and protection against riot tactics like pepper spray.

It was one of the most significant and unified protests in recent memory. Coast to coast, people called for justice. Pictures of George Floyd proliferated the marches. Organizers gave speeches calling to defund the police. They also demanded the arrest of Floyd’s killers and ban the tactics used against him during the arrest. The world watched as Trump mobilized the National Guard, cities responded to protestors with increasingly militarized riot police and protestors refused to back down. They watched, in large part, because reporters put themselves on the front lines of the protests.

From the beginning, the protests around George Floyd’s murder felt historic. In many ways, they signaled the beginning of the end for the Trump Administration. The protests were widespread, organized and communicated a unified message. They were also effective. Almost immediately, some cities mobilized task forces to address public concerns and change the way the police interacted, both with protestors and citizens as a whole. Journalists were a consistent presence at protests. With former President Donald Trump spreading misinformation and characterizing protestors as violent terrorists, many journalists found themselves in direct opposition to the White House.

Less than a week after George Floyd’s death, the Des Moines Register assigned Sahouri to cover a protest near the city center in Des Moines, IA. Police officers wore full riot gear and used tear gas to disperse the peaceful crowd. An officer charged Sahouri, prompting her to stop and throw her hands in the air. She repeatedly called out to the officer that she was a member of the press and she was there on assignment. Despite her pleas and compliance, the officer used pepper spray at close range. The officer, Luke Wilson, then took Sahouri into custody.

Two witnesses documented the arrest, both explaining to officers that Sahouri was a reporter on assignment. Officers also pepper-sprayed one of the witnesses. This prompted him to record most of Sahouri’s encounter with police. Despite Officer Wilson’s claims that he did not know Sahouri was a member of the press, video evidence from multiple sources shows that Sahouri identified herself, and witnesses clearly corroborated her story. Nonetheless, police booked her into custody with charges of “failure to disperse” and “interference with official acts.”

According to the Polk County Attorney’s Office, officers arrested Sahouri because she failed to comply with police orders. When officers approached her, they claim, Sahouri tried to pull away from them. They blame Sahouri’s actions for her treatment and subsequent arrest. Even after video evidence surfaced showing a different version of events, the city refused to drop the charges against Sahouri. Ten months after her initial arrest, Sahouri stood trial. If convicted, she faced heavy fines and 30 days of incarceration.

Sahouri wasn’t the only journalist arrested during the George Floyd protests, but she was one of few to stand trial.

The Trump Administration made no secret of their ongoing battle with members of the press. Former President Trump coined the phrases “Fake News Media” and “Enemy of the People” early in his 2016 campaign. And he continuously accused the press of lying throughout his term in the White House. All this came to a head in 2020, when protestors challenged former President Trump’s authority, and journalists were there to document his lies about the events taking place. Despite constitutional protections that allow journalists to cover protests, police arrested more than a hundred journalists in 2020 alone. This was more than double the amount of journalists arrested over the first three years of former President Trump’s term.

In most cases, cities dropped charges against reporters. For about 14 journalists, though, the charges didn’t go away. Sahouri’s case garnered national attention, and news outlets around the world watched her trial closely. The fear, of course, was that a conviction would open the door for future arrests and make it more difficult for reporters to cover events. It also exacerbates an already tenuous relationship between police officers and journalists at a time when public faith in policing is at an all time low.

Bruce Brown, the executive director of Reporters Committee for Freedom of the Press, called on Polk County to drop charges against Sahouri. “Law enforcement should never have arrested Andrea Sahouri in the first place simply for doing her job as a reporter, and the decision to move forward with her prosecution flies in the face of the first amendment,” he argued. When they refused, Sahouri’s employer covered the costs for her defense and prepared for trial.

Sahouri Defends Herself and Freedom of the Press During Trial

Sahouri noted that other reporters, including one of her co-workers, did not get arrested during the Des Moines protest. Though she stopped short of calling the decision racially-motivated, she does question whether or not her Palestinian American identity came into play. “I am left to wonder that as well,” Sahouri said. “It’s hard for me to speculate someone’s motives, but it’s been brought to people’s attention that I was the only journalist of color at the scene and I was the only journalist arrested at the scene. I’m just gonna let the facts speak for itself. I couldn’t tell you what someone’s motives are.”

Sergeant Natale Chiodo, one of the officers present when Sahouri was arrested, fueld speculation that racial bias influenced Officer Wilson’s actions. While Officer Wilson failed to activate his body cam, Sgt. Chiodo kept hers on throughout the encounter. She defended the decision not to arrest Sahouri’s colleague, Katie Akin. “[Akin] just seemed very scared to me,” says Chiodo. “She wasn’t a threat. She wasn’t disobeying orders.”

Akin is a white woman, and it’s difficult to ignore the long history of police protecting white femininity. That Akin, who was present on scene and actively pleading with officers to let Sahouri go, was perceived as scared, while Sahouri, who was pepper-sprayed and put in zip cuffs, was perceived as defiant, speaks to underlying issues between police officers and non-white citizens. Sahouri even told officers that she had the same badge Akin had, but they refused to listen or let her go.

The jury took just two hours to find Sahouri not guilty on all charges.

“I’m just feeling really powerful,” said Sahouri after hearing the verdict. “And relieved … I just received a lot of support from every corner of the globe so that was just a super surreal feeling. At one point, Amnesty [International] had launched a school-level campaign and there were these students in Sweden who had signs that said ‘we stand with Andrea.’ They sent me pictures of them holding up the signs.” Sahouri further said that she was motivated to continue reporting at protests and on issues of injustice.

Denise Bell, who works with Amnesty International, celebrated the victory. “Journalists must be able to report on scenes of protest without fear of retribution. The right of the media to do their work is essential to the right of freedom of expression and the right to peaceful assembly. Clearly, the jury saw these charges for that they are – completely ridiculous,” she said.

John Sarcone, the attorney assigned to prosecute Sahouri, maintains that his office did nothing wrong. In fact, he characterized calls to dismiss the charges as an effort to offer special treatment to members of the press. Sarcone did not see the trial as a threat to freedom of the press. Instead, he argued that Sahouri willfully disobeyed lawful orders and refused to disperse, even after a jury found Sahouri not guilty.

Though Sahouri’s acquittal is a positive step toward restoring faith in a free press at home, journalists in other countries have not fared as well. According to Reports Without Borders, the global pandemic set a dangerous tone for freedom of the press across the world. In their most recent rankings, the organization called 2020 “a decisive decade for journalism, exacerbated by coronavirus.” They cite COVID-19 as a compounding factor, adding to several other crises which are already making it difficult for reporters in some countries to tell the truth.

Based on their rankings, just 26% of the 180 nations included are in a good or satisfactory situation with regard to free press. Their analysts describe press freedom in the United States as satisfactory, ranking the US 45 out of 180 countries. This is a slight improvement over the previous year. The biggest threat to American press freedoms, according to the group, is former President Trump’s suppression of media coverage and the spreading of misinformation. It will be interesting to see if the United States can repair public perceptions of free press during President Joe Biden’s first term in office.

Freedom of the Press, Protests