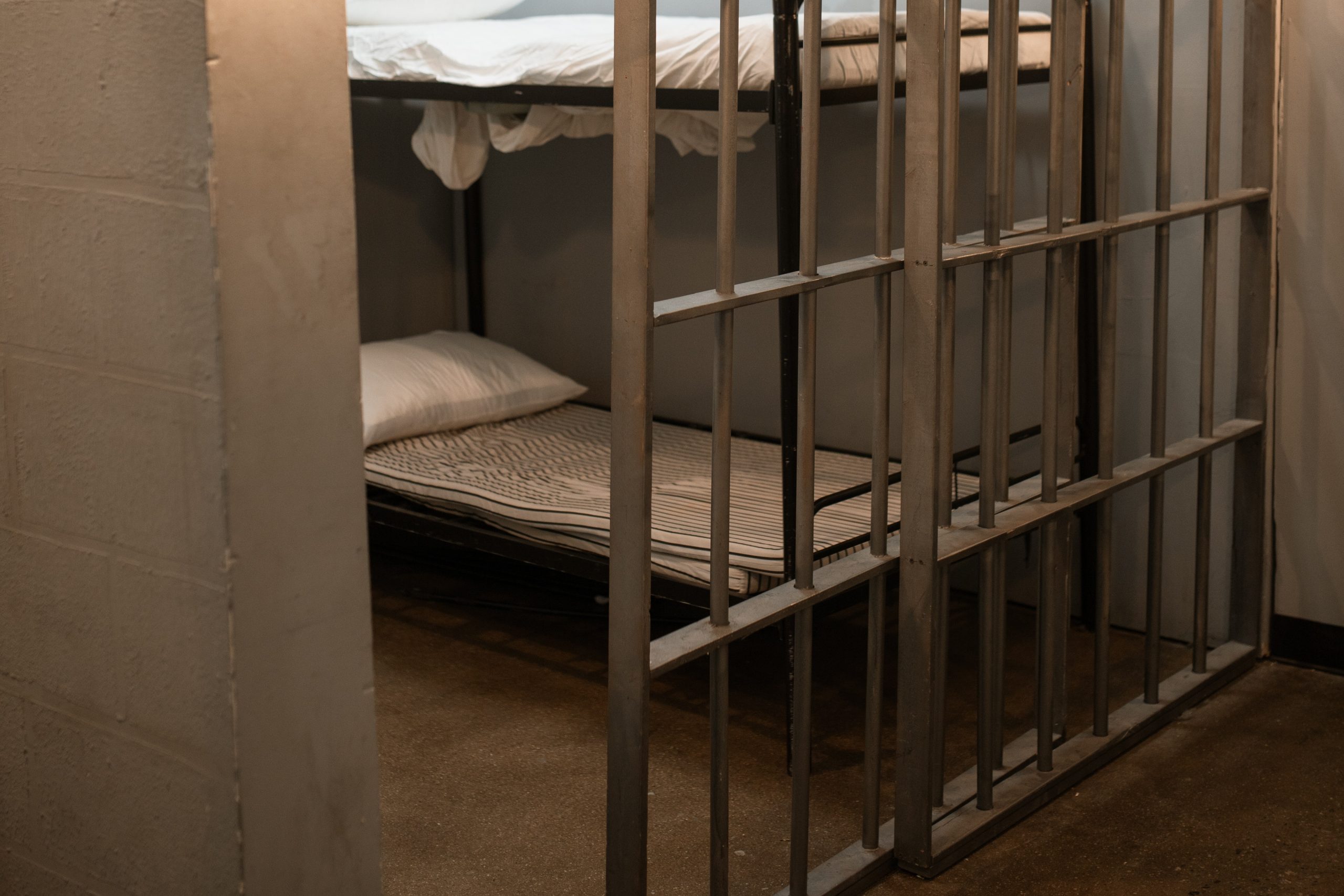 One thing that political analysts and reporters watched closely in the waning days of former President Donald Trump’s presidency was his use of the presidential pardon. Given the controversy and legal disputes that mired his term, many expected Trump to use the pardon power to reward those most loyal to him. This was amplified by reports that some petitioners tried to bribe the former president. But how does Trump’s clemency stack up to that of other modern presidents? It turns out that Trump used the presidential pardon and offered clemency less than most of his predecessors.

What the Constitution Says About the Presidential Pardon and Clemency

According to Article II, the president “shall have Power to grant Reprieves and Pardons for Offenses against the United States, except in Cases of Impeachment.” The Constitution only gives presidents this power over federal crimes. That’s what the phrase “against the United States” means. In other words, presidents cannot pardon or otherwise grant clemency for non-federal crimes. While the language seems relatively clear, questions about the reach and extent of the pardon proliferate American history.

That’s why the Department of Justice (DOJ) put together a list that outlines the various standards for determining whether the president can pardon a specific crime. This list includes five things that the Office of the Pardon considers when a petitioner requests a pardon. They are post-conviction conduct, seriousness of the offense, remorse and atonement, the need for relief, and any official recommendations. Since presidents get thousands of petitions during their terms, the Office of the Pardon uses these guidelines to screen all petitions.

Not all petitions qualify for the presidential pardon, but some may qualify for a commutation. The Office of the Pardon says that commutations do not grant forgiveness for a crime. They also do not expunge the offense from criminal records. Instead, commutations reduce the amount of time a prisoner serves. There are a lot of reasons that a president may commute a prisoner’s sentence. During former President Barack Obama’s terms, his administration encouraged prisoners to ask for commutations if they met certain criteria. This resulted in his commuting tens of thousands of sentences.

President Obama made it a point to right what he considered injustices related to unfair sentencing, and he commuted more sentences than any modern president.

While this may seem excessive, President Obama used the presidential pardon sparingly. When analysts consider the clemency granted by a particular president, they look at both pardons and commutations. They also consider how many prisoners petitioned each president during their time in office. This helps Americans understand, relative to the petitions they receive, how often presidents use their Article II powers.

Most presidents reserve the bulk of their presidential pardons for the last year of their term. This is especially true for one-term presidents. Those elected to serve a second term may choose not to issue many pardons until their final term in office. Despite the media attention surrounding pardons, data shows that modern presidents use this option less than their predecessors did. Liberal presidents are more likely to grant clemency, but both Democratic and Republican presidents are trending toward a limited use of the pardon.

The PEW Research Center compiled data for every president since the inception of Article II. What the organization found is that presidents after former President Richard Nixon have used the presidential pardon more conservatively. A few early presidents issued limited pardons or commutations; however, even those presidents granted more than 20 percent of petitioners clemency. By comparison, former President Gerald Ford was the last president to grant clemency at that high a rate.

In total, President Trump granted 143 pardons and 94 commutations. By comparison, Obama issued just 212 pardons over two terms, but an incredible 1,715 commutations. This disparity reflects a key difference between liberal and conservative priorities when it comes to criminal justice. Republican presidents are less likely to commute sentences. This may be because the Republican platform includes tougher mandatory sentences and supports increased militarization of police departments.

Based on the data, Republican presidents are more likely to grant clemency to those they believe were wrongly convicted, but less likely to show sympathy for unfair sentencing.

Of course, these numbers belie some noticeable changes in the way President Trump used the pardon power. While he issued clemency to 237 people, 140 of those occurred in the last 12 hours of his term. In comparison, Trump had only granted clemency to 38 people by the end of September 2020. It’s true that all presidents use Article II powers more at the end of their terms, but no president has granted clemency at comparable rates in the last days of their term. President Trump issued over 80 percent of his clemency decisions in his final year, as compared to 61 percent by President Obama and 19 percent by President George W. Bush.

It is also possible that Trump may have used the presidential pardon more liberally if not for a few restrictions. For example, presidents may only issue pardons when a crime has been committed. Trump was not able to or chose not to preemptively pardon family members or loyalists who had not been charged with a crime. He had numerous meetings with advisors to understand the extent of his power. According to those present in these meetings, Trump considered both preemptive pardons and a self-pardon. The Constitution prohibits both. But that doesn’t mean Trump’s pardons are free from controversy.

Most Americans expected that Trump would reward loyalty with clemency, but the extent to which President Trump reserved his power for those with personal or political ties is surprising. Trump often went around the Office of the Pardon. Though the office has existed since 1896, it is a formality. Its recommendation is not required for presidential pardons or commutations. Trump used this to his advantage, considering and granting clemency to dozens of allies without recommendations from the office. This is significant, in part because the Office of the Pardon is formally responsible for vetting petitioners. But circumventing tradition, President Trump relied on his own judgment and political advisors to decide if petitioners were eligible for clemency.

“Pardons are normally granted to people who have turned their lives around, shown remorse and want a pardon,” says Jeffrey Couch, an expert on the presidential pardon. “[President Trump’s] clemency approach is that clemency is less available to average people than it is to those with the right group connections.” Most of President Trump’s clemency decisions went to wealthy, well-connected people. President Obama, on the other hand, reserved the majority of his clemency for federal prisoners who met certain criteria. The difference in focus is stark. And some worry that President Trump has set a dangerous precedent with his use of presidential pardon powers. Future presidents may use his example and reserve their Article II powers for those who can reciprocate in some way.

Trump granted clemency to five of eight people who pleaded guilty in a 2016 investigation around Russian interference in the presidential election.

The word most often assigned to President Trump’s use of the presidential pardon is cronyism. This refers to his decision to pardon former attorneys and advisors like Roger Stone and Steve Bannon. According to a statement from the Trump Administration, some pardons were meant to “right the wrongs of what has been revealed to be perhaps the greatest witch hunt in American history.” This statement refers to President Trump’s choice to grant clemency to several of those implicated during Special Counsel Robert Mueller’s investigation.

This statement makes clear that President Trump used his power to perpetuate the same misinformation that characterized much of his presidency. Despite substantial evidence and guilty pleas from those charged, Trump continues to deny the findings of Mueller’s investigation. That’s why he decided to pardon people like Paul Erickson, who was alleged to have used his political connections to give his Russian girlfriend political access. Trump also chose to pardon Elliot Broidy, who admitted to conspiring with foreign governments to influence Trump’s administration. Several other political figures, with crimes ranging from conspiracy to bribery, received pardons.

President Trump was able use the presidential pardon power despite language in Article II that refers to impeachment. Article II includes the phrase “Except in Cases of Impeachment,” but the Supreme Court has not been clear on what exactly this means. President Trump is the only president to be impeached twice. However, Congress has not yet convicted him of anything. The ambiguity in Article II allowed Trump to move forward with his self-rewarding spree of pardons and commutations. One question that some are asking now is, can a sitting president reverse the pardons of his predecessor? If Biden has the authority, he has so far chosen not to exercise it.