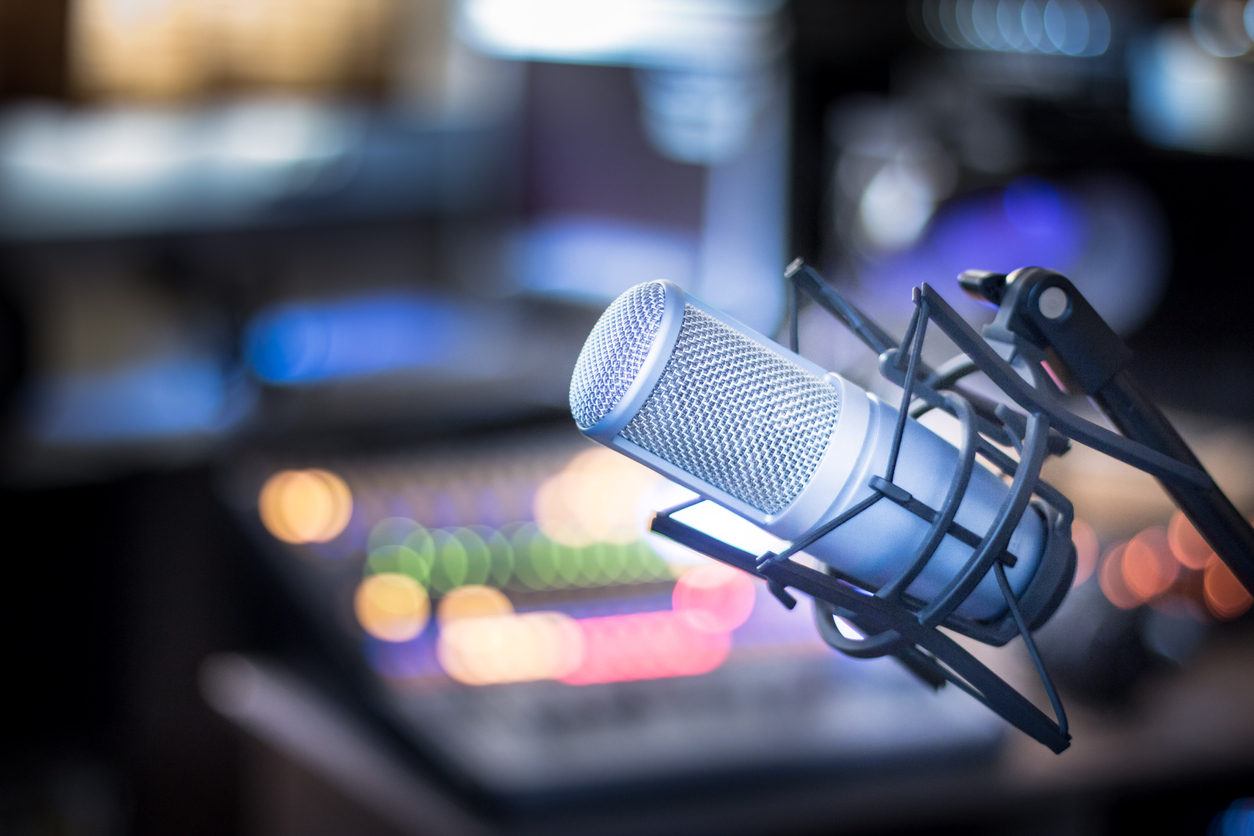 “Everyone on Death Row Gets a Lawyer. Not Everyone Gets a Kim Kardashian.” That headline from a recent Marshall Project piece by Keri Blakinger and Maurice Chammah on Rodney Reed’s efforts to get a new trial and Kardashian West’s prominent role in finally getting Reed a hearing is a good one. The article is a good one, too. But it encourages you to ask an important question: Is celebrity involvement in the justice system a good thing?

For Reed, the answer is obviously yes. For others, the answer isn’t so clear. Regardless of the answer, though, that question inevitably leads to another one: How did the justice system in the greatest country in the world become less effective at achieving justice than celebrities, social media and money?

The Case Against Rodney Reed

The case against Rodney Reed sounded good, at least in theory. A jury found Reed, a then-51-year-old Black man, guilty of abducting, raping and murdering the then-19-year-old Stacey States in Bastrop, Texas, in 1996.

At his trial, Reed claimed that he and States had a consensual sexual relationship. Prosecutors, on the other hand, claimed that they had no relationship at all. Instead, the government asserted, Stites was happily engaged to and planning to marry another man, Jimmy Fennell, a Bastrop police officer.

Despite gut-wrenching flaws in the prosecution’s case, Reed remains in prison and on death row.

Reed has maintained his innocence for almost three decades now. But, for years, his arguments fell on deaf ears in the justice system. For example, Texas courts repeatedly denied his legal team’s motions for DNA testing of the alleged murder weapon — a belt prosecutors and police claim Reed used to strangle Stites — that no one ever tested for DNA. Reed’s legal team has also pointed to the prosecution’s timeline as being flawed. In fact, some state forensic experts have seemingly admitted as much in affidavits since the original trial. Yet those arguments, too, haven’t won in court.

The prosecution’s case got even more flimsy in 2007 when Fennell was accused of raping a woman he detained while working as a police officer in Georgetown, Texas. Fennell pleaded guilty to kidnapping and improper sexual activity based on those accusations and faced a 10-year prison sentence that ended in March 2018. It was during that sentence that Fennell allegedly confessed to murdering Stites. “I had to kill my n****r-loving fiancé,” Fennell said, according to a sworn affidavit from Arthur Snow, who was in prison with Fennell. Other witnesses have signed affidavits attesting to similar comments from Fennell. Those include former Sheriff’s Deputy Jim Clampit, who testified that Fennell looked at Stites’ body at her funeral and said “you got what you deserved.”

Yet, for years, Texas courts saw this evidence and did nothing.

Reed’s case illustrates the power that outside sources can have in the United States justice system.

Things changed in late 2019. In November 2019, Reed’s legal team filed an appeal with the Texas Court of Appeals. That appeal included the affidavits described above and others, including some who refuted the idea that Stites and Fennell were a happy couple. In fact, one witness specifically asserted that Stites and Reed were having an affair at the time. Even Texas lawmakers recognized the significance of the evidence. They asked Texas Governor Greg Abbott and the Texas Board of Pardons and Parole to intervene.

Whether Reed can survive — literally and figuratively — the justice system remains to be seen. But, for now, he has a chance.

The Impact of Celebrities and Social Media on the Justice System

We’ll never know if Reed’s legal team’s in-court arguments, by themselves, would have been enough to spare Reed’s life long enough for a deeper inquiry. But it wasn’t until after the celebrity-fueled social media campaign that a Texas court finally ruled in Reed’s favor. Citing numerous Brady violations — a growingly common theme in exonerating wrongfully convicted people — the Texas Court of Appeals is, finally, giving Reed a chance to present this evidence. And it’s hard to imagine he would have that chance had it not been for celebrities, social media and money.

Whether we want these things to have that kind of power in the justice system is a complex issue.

Of course social media posts from celebrities don’t officially impact court cases. But judges are humans just like you and me. And they’re just as likely to be scrolling through Facebook or Twitter in a couple of minutes as you and I are. So celebrity posts about them come with pressure. Even governors and presidents face this kind of peer pressure from outside sources when considering clemency. The most recent example is Kardashian West’s work with then-President Donald Trump. She successfully persuaded him to free several federal prisoners who were not on death row. That’s more than most, maybe even all, defense attorneys and justice-reform advocates can say about the Trump Administration.

But that in and of itself is a bit of a problem. “Celebrity involvement is useful for raising up some of the injustices of the criminal justice system that we would not otherwise know,” Cassandra Stubbs, Director of the ACLU’s Capital Punishment Project, told the Marshall Project. “But the idea that whether you live or die may turn on whether or not you are lucky enough to have a lawyer that can get your case in front of someone with that kind of megaphone — that’s just an indication of the arbitrariness of our system.”

“[T]he idea that whether you live or die may turn on whether or not you are lucky enough to have a lawyer that can get your case in front of [a celebrity] — that’s just an indication of the arbitrariness of our system.”

The Marshall Project makes another good point, though. Not everyone in the justice system can rely on celebrities and social media to ensure they are treated fairly. Most celebrity involvement has been in cases where people claim they are innocent. But there are many guilty people in prisons, including people who admitted guilt and took responsibility for their mistakes, that need help as well. Unfortunately, they’re often ignored. And, even then, you might get social-media support, but who knows if the celebrities will reach into their pockets to pay for the legal work that needs to be done as well.

As the authors of the Marshall Project piece explain, “Defense lawyers and prisoner advocates have said that while celebrity involvement can help individuals like Reed and draw attention to the death penalty generally, it can create more disparities in a system already full of them. After all, everyone on death row is appointed a lawyer — not everyone is appointed a Kim Kardashian.”

Even Quinncy McNeal, one of Reed’s attorneys, acknowledges it might be a bad thing in general. “I am not convinced that it’s a good thing systemwide,” McNeal told the Marshall Project. “But,” he continued, “it’s a damn good thing for Rodney Reed.”

How did we get to the point where celebrities and social media are better at achieving justice than celebrities should concern everyone?

The reality is that lawmakers, judges, prosecutors and even voters need to take a hard look in the accountability mirror. The U.S. Constitution guarantees everyone accused of a crime the right to a fair trial. It also guarantees them the right to a lawyer, to present a defense and more. Over time, these rights have eroded. And now, in many cases, it often feels like those rights are only available to the highest bidder.

Sometimes, the highest bidder needs money — to hire a lawyer, pay for experts and so on. Other times, the highest bidder needs influence — with politicians, with celebrities and with social media. Regardless of who’s bidding with what, though, it’s becoming clearer and clearer that the rights to a fair trial, to a lawyer and to present a defense mean something very different depending on who you are.

Just think about Rodney Reed. One witness swore under oath that Fennell said he “had to kill my n****r-loving fiancé” to him. Another witness swore under oath that Fennell said that Stites “got what [she] deserved” at her funeral. And a third said that Reed and Stites had a consensual sexual relationship. At a minimum, these undermine the prosecutor’s claims that she and Fennell were a “happy couple.”

Our justice system came within days of killing Reed despite the evidence. So it’s probably time we start rethinking the adjective we use in front of the word “justice.”