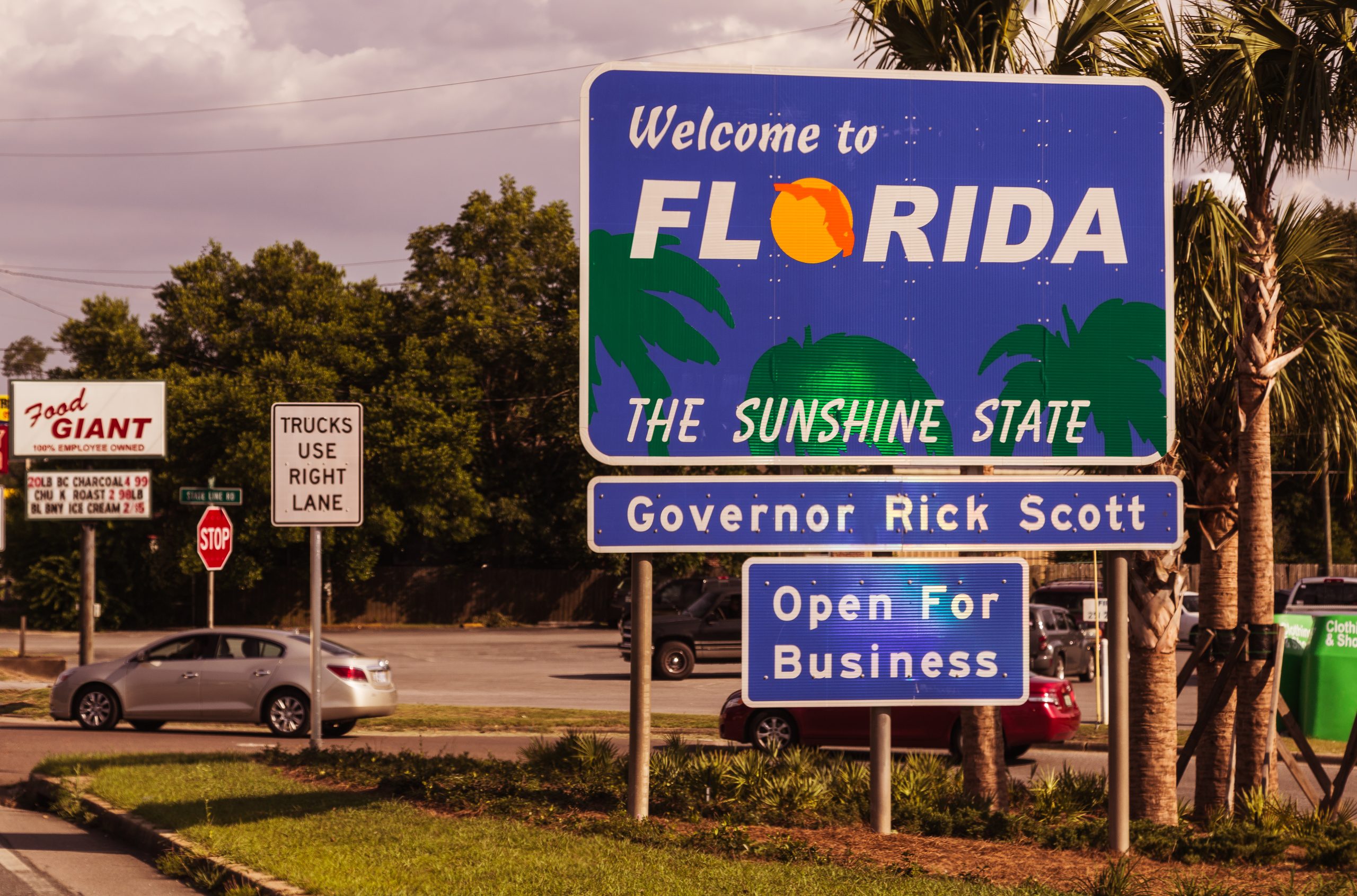 If you’ve been on social media at all this week, you’ve undoubtedly seen the videos of Florida police officers arresting people for voter fraud. For Florida Governor Ron DeSantis, the arrests were part of a political stunt aimed at incarcerating men and women who tried to vote despite being ineligible based on a prior felony conviction (and, some would argue, a strategy aimed at intimidating anyone with a criminal record from voting in the future). For everyone else, however, these heartbreaking videos of DeSantis’ voter fraud arrests are just another example of the justice system and the government doing what it normally does.

Although it’s all over social media and national networks now, the video of DeSantis’ voter fraud arrests was first published in this article by Lawrence Mower for the Tampa Bay Times. The article tells the story of a handful of Florida residents who unknowingly tried to vote in violation of Florida law and are now facing felony charges. These individuals did vote. As you’ll see, they all admit as much in the video. But they deny committing fraud. The response from Romona Oliver illustrates the point perfectly. “Oh my God,” she said. “I’m like — vote? I voted, but I didn’t commit no fraud.”

That’s a common theme throughout a lot of DeSantis’ voter fraud arrests and many of the voting-related arrests you see nationwide. Unlike the rare circumstance where someone knowingly commits voter fraud to help a candidate (like Bruce Bartman did for former President Donald Trump), most voter fraud arrests are usually the product of confusion. Tony Patterson, one of the men arrested in the video, was just as confused as Oliver. “What is wrong with this state, man?” he asked police. “Voter fraud? Y’all said anybody with a felony could vote, man.”

Another man in the video, Nathan Hart, explained how he literally told someone at “the driver’s license place” that he couldn’t vote: “I said, ‘I’m a convicted felon, I’m pretty sure I can’t.’” As Mower explains, though, the official “told him to sign up anyway.” “He said, ‘Well, just fill out this form, and if they let you vote, then you can,’” Hart said. “‘If they don’t, then you can’t.’” The police officer arresting Hart even told him it sounded like a defense. “Then there’s your defense,” the officer said. “That sounds like a loophole to me.”

It’s anyone’s guess whether prosecutors can “win” these cases. But they’ll try.

It’s impossible to predict whether prosecutors can win these cases. Broward County’s election website describes “voter fraud” like this: “Voter fraud means intentional misrepresentation, trickery, deceit, or deception, arising out of or in connection with voter registration or voting….” Based on those videos, I think it’s fair to say that a prosecutor would have a hard time demonstrating that Oliver, Patterson or Hart were intentionally misrepresenting their voter eligibility or were otherwise trying to trick or deceive voting officials. Frankly, I think a reasonable prosecutor would be embarrassed to make that kind of argument.

In reality, though, that’s not what a prosecutor will ever do. Instead, prosecutors will likely start by trying to get all of the defendants charged with voter fraud to plead guilty to avoid the third-degree felony conviction, the five-year prison sentence and the $5,000 fine they currently find themselves facing. On the one hand, the plea deal helps the prosecution and Gov. DeSantis because they get the conviction they want so badly. On the other, it also helps the prosecutor (and maybe the governor) because they don’t have to make the otherwise embarrassing arguments like this in court.

But even if prosecutors can’t get a plea deal, they still stand a good chance of getting their “win” at trial. Jury instructions, especially on subjective issues like intent, are often confusing. As long as a prosecutor can prove that these defendants intentionally voted with a felony conviction — even if they didn’t intentionally vote in violation of Florida law — it wouldn’t be a surprise for a jury to convict them anyway. And if local prosecutors don’t want to pursue these charges, Gov. DeSantis has a track record of removing Tampa-area prosecutors who use their prosecutorial discretion in ways he doesn’t like.

If prosecutors do win, the heartbreaking words in these videos will probably help.

Perhaps the saddest part of this entire situation is that the same heartbreaking video going around on social media right now is likely to be pretty powerful evidence for the prosecution down the road. As an example, when the police arrested Hart, they got the confession most police and prosecutors would die for in other cases. Hart literally admitted to police that he knew he had a felony conviction that likely disqualified him from voting: “I said, ‘I’m a convicted felon, I’m pretty sure I can’t.’” But he still voted anyway. To a prosecutor, that kind of admission is about as good as it gets when it comes to proving intent.

But what about the government official at “the driver’s license place” who, as Mower puts it, “told him to sign up anyway”? According to Hart’s version of events, this state official literally told him to try voting: “He said, ‘Well, just fill out this form, and if they let you vote, then you can,’” Hart explained. “‘If they don’t, then you can’t.’” Maybe the jury thinks that context helps Hart. Or maybe they don’t. Or maybe a judge doesn’t even let the jury consider that context and excludes it as hearsay (regardless of whether that hearsay analysis is actually correct).

Taking advantage of people explaining themselves is key to mass incarceration.

Ultimately, Hart’s actions aren’t surprising. He did what most of us would do in this situation. We think our interaction with law enforcement is a mistake. If only these officers understood, the logic goes, they would let me leave. But that didn’t happen here and rarely, if ever, does. In fact, you could argue from the video that these officers didn’t even want to arrest these Floridians in the first place. But they had to. And Hart’s good-faith explanation of his conduct could come back to bite him down the road. For better or for worse, that’s an ordinary part of our country’s justice system.

Research shows that more than four out of every five people don’t exercise their right to remain silent in interviews when they’re innocent. And the jails and prisons across the U.S. wouldn’t have more than two million people in them if they did. Yet around 70% of Americans trust law enforcement. And even more probably believe that telling the police their side of the story will help. It seems like Hart did. We’ll see if he ends up being right. But, even though the police officer who arrested him told Hart that this was a “defense” and “a loophole,” you can bet that police officer won’t be saying the same thing at trial.