Lessons From The Sentencing Hearing For Jussie Smollett 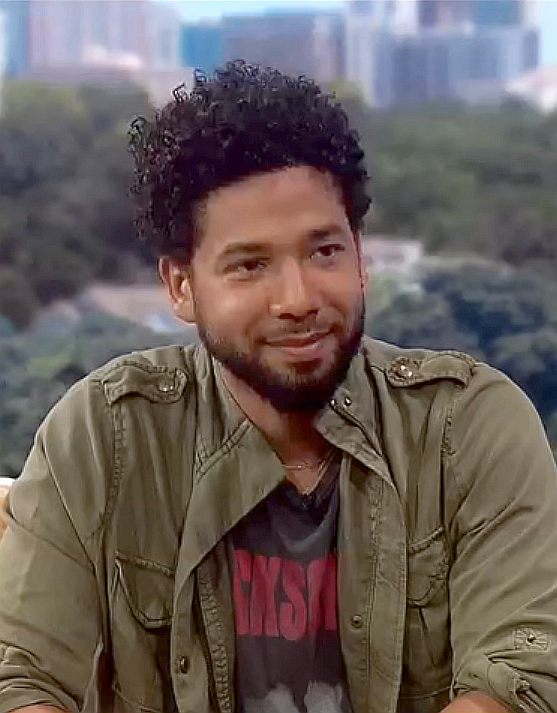 31 Mar Lessons From The Sentencing Hearing For Jussie Smollett

Recently, the publicly aired and much-publicized sentencing hearing for Jussie Smollett gave the world a window into what happens with hundreds of criminal defendants each day across the country when they face a sentencing judge.

Judge James Linn spent approximately 40 minutes delivering his sentencing opinion and order. Judge Linn’s statement was detailed and specific, allowing Smollett, the public and an appellate court to fully understand the reasons underlying the sentence. Specifically, he shared his understanding of the facts as adjudicated by the court and what he considered mitigating and aggravating factors. In the end, the judge performed the requisite balancing of all relevant factors to deliver the sentence.

What was the outcome of the sentencing hearing for Jussie Smollett?

The crime of conviction here (a Class 4 felony) presumptively results in probation and no jail time, but Judge Linn departed upwards in Smollett’s case.

What were the mitigating and aggravating factors in Smollett’s case?

As mentioned above, criminal sentencing requires a weighing of mitigating and aggravating factors in reaching a fair and just result under the law. This work, when done deliberately and properly, is not always easy.

On the mitigation side, Smollett’s team highlighted his strong family ties and solid upbringing. Many family members appeared in person and also submitted character reference letters. Smollett’s prior good deeds were also a mitigating factor, as Smollett has a history of activism and dedication to social justice.

Judge Linn highlighted the aggravating factors operative in this case, including the

For all these reasons, Smollett did not fare as well as he might have, as Judge Linn was deeply offended by Smollett’s conduct in the case and his brazen lying in his courtroom. In fact, Judge Linn remanded Smollett into immediate custody, a rare measure in a case where the presumptive sentence is probation. (Subsequently, the state court of appeals released Smollett from county jail pending appeal.)

Many sentencing judges are quite vocal about wanting to hear from the person they are about to sentence. It becomes yet another data point in their sentencing calculus. Allocution statements, when properly handled, can have a positive impact.

The allocution statement is a unique opportunity for the defendant to personally request leniency. It also provides the defendant the chance to remind the judge of their humanity.

At Smollett’s sentencing, Judge Linn noted his obligation to consider the person, not just the crime, and figure out who the defendant is and how they ended up in that spot. Indeed, even judges who take the bench at sentencing knowing what they want to do acknowledge that a personal plea from the defendant can move the needle in some cases.

What do judges want to hear? They expect the defendant to accept responsibility, show remorse, apologize to victims and the community and give solid and reliable indications that they will not reoffend. Judges want to see if the offender understands what they did wrong and whether, therefore, they deserve a break.

This would have been a tall task for Smollett, who maintains his innocence and considers himself a victim of the original hate crime and the system. To be fair, when an appeal is also on the horizon, the defendant faces a challenging choice. Can they address the court at sentencing? And, if so, what can they say to help their sentencing prospects without compromising their arguments on appeal? That is especially true if they intend to proclaim innocence on appeal.

This inherent tension is not easy to resolve for the defendant and the legal team. And Smollett considers himself both innocent and victimized.

Why would an attorney advise a client not to address the court directly at sentencing?

There are myriad reasons why an attorney might advise a defendant not to speak directly to the judge at sentencing. One of them is when their statements might contradict a position the client intends to take on appeal. No doubt that was part of the reasoning why Smollett did not make an allocution statement at his sentencing.

Smollett was also dealing with many aggravating circumstances that would have been difficult to explain. Part of his calculus had to include the fact that he took the witness stand and testified. He made his denials in that context. Unless a person is prepared to retract part of their testimony, the situation becomes untenable. If the Judge did not believe a person’s denials during the trial, repeating them at sentencing would further aggravate the court. For that reason, it was probably for the best that Smollett said nothing further before being sentenced.

Even if you don’t address the court at sentencing, you can still present mitigating factors.

That is not to say that Smollett’s legal team did not present mitigating factors. In fact, they presented substantial mitigation arguments at sentencing. For example, they pointed to the toll on the defendant from the media storm and social media backlash against Smollett.

People making this argument at sentencing must be careful. It is often used and rarely moves the needle alone. Judges already know there are substantial collateral consequences to a criminal conviction.

While some observers argue that Smollett should have addressed the court to apologize and show humility without compromising his appellate standing, that is easier said than done.

The sentencing hearing for Jussie Smollett was unique and can raise awareness for other criminal defendants.

Smollett’s case is unique. Perhaps there was nothing else Smollett could do to convince Judge Linn for leniency. But he failed at his goal to receive no more than a term of probation and community service. He fought against restitution for the City of Chicago and, incarceration or fines and lost.

Given his position on all of the major sentencing issues judges evaluate, Smollett’s legal team took a safe route counseling him not to address the court. Smollett’s sentencing presented some very thorny issues, including significant aggravating factors.

Criminal sentencing is never a cookie-cutter process. Defendants and their lawyers always have to adapt their sentencing strategy to the unique facts and circumstances in their case. The goal here is to raise awareness after the fact to help defendants and their counsel think about their own sentencing issues and strategy. The key takeaway is that a defendant facing sentencing can appreciate the issues that went wrong for Smollett and understand that obtaining leniency at sentencing requires strategy and effort.