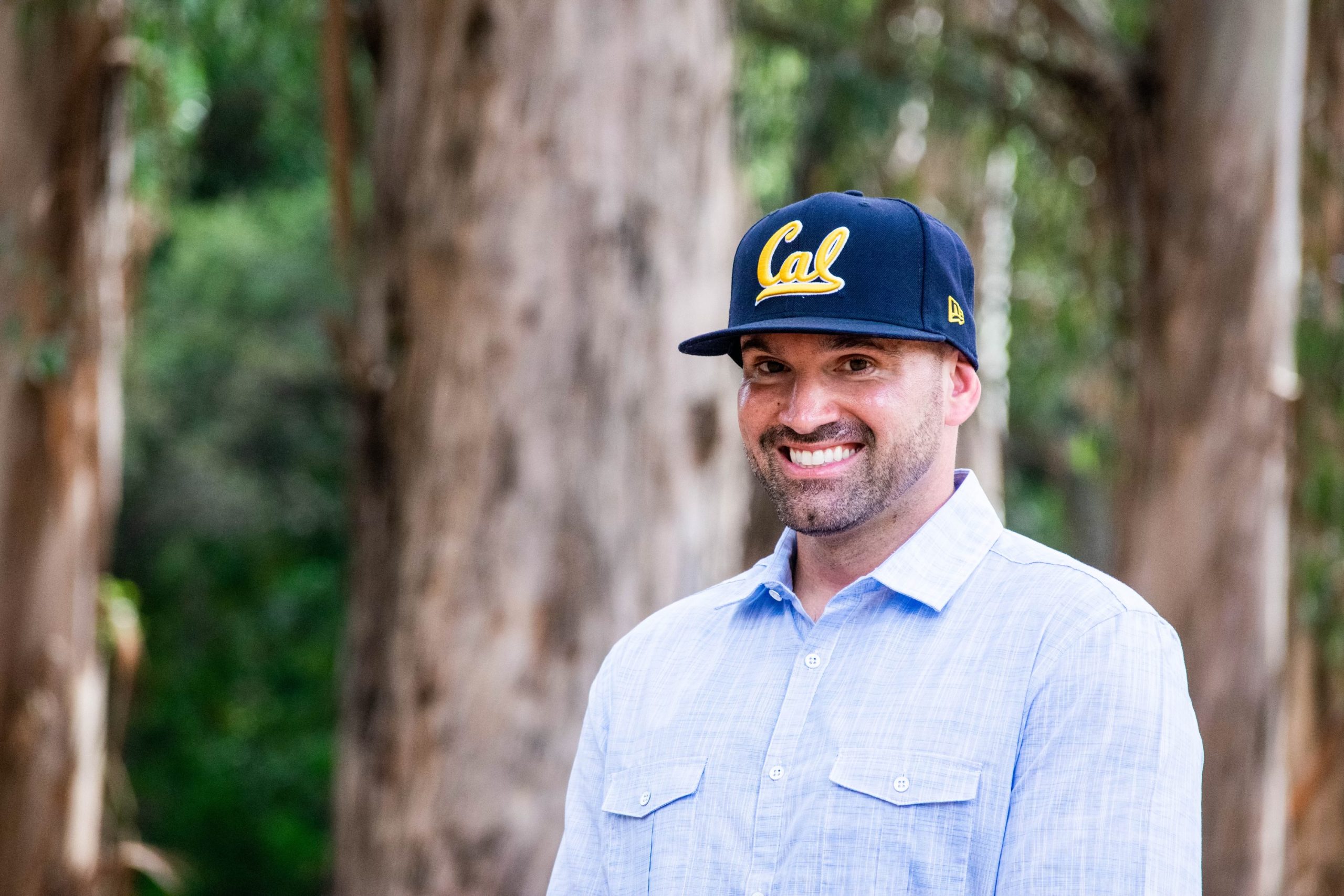 Maybe it was Fate. It could have just been dumb luck. I guess it all depends on how you view the World. Are things predetermined with everything meant to happen? Or is it just a series of chaotic events with no real connection? Whatever the reason, Kevin McCarthy found a brochure on his bunk that someone had sent to his celly at Calipatria from his pen pal. His celly planned to throw it away. But, instead, Kevin asked to take a look at it. That action, whether preordained or a happy accident, would prove to change Kevin’s life forever. That brochure came from a group called the Berkeley Underground Scholars.

Who Are The Berkeley Underground Scholars?

The Berkeley Underground Scholars was started at UC Berkeley in 2013 by a group of justice-impacted students at the university, many of whom had spent years in California’s extensive prison system. They worked hard to secure funding from the University to develop an academic support program for formerly incarcerated students.

Eventually, this movement spread to other UC campuses, providing assistance to other justice-impacted students at these schools. Today, there are nine different chapters at such UC schools as UCLA, UC Davis and UC Santa Cruz.

The organization has thee key components: recruitment, retention and advocacy. Recruitment consists of helping currently and formerly incarcerated individuals obtain community college credits and transfer them to a UC school.

Retention is all about providing tutors and advisors for these students. This is because they recognize that the transition from an incarcerated person at a California prison to student at UC university can often be an arduous journey, requiring the support of people who have been there before.

Finally, advocacy entails working through legislation, lawsuits and direct action to “build a prison to university pipeline by increasing the number of formerly incarcerated people in higher education.” This last component recognizes the existence of structural and systemic barriers to incarcerated people getting an education. It is also how Kevin ended up with the brochure from the Berkeley Underground Scholars that would change his life.

Impediments To Higher Education In Prison

Education can be a pathway out of recidivism. California’s Legislative Analyst’s Office makes this clear, noting that “various studies show that correctional education potentially offers many benefits and, when good programs are implemented, can offer benefits that more than offset these costs.”

Education programs give incarcerated people something positive to work for during their term of incarceration, provide them with the skills they need to re-enter society and can even help breakdown the racial and ethnic barriers that segregate those in the penal system, going far to reduce some of the tensions that can lead to prison violence.

Nevertheless, despite having a requirement for educational programs in the California Department of Corrections and Rehabilitation, few students are able to enroll and there are barriers to effective implementation of these programs. The Legislative Analyst’s Office “found low student enrollment levels compared to the number of inmates who could benefit from these programs, inadequate participation rates by inmates, a flawed funding allocation methodology, ineffective case management, and lack of regular program evaluation.”

It’s true that this reveals some of the issues facing those seeking a college education while incarcerated. But it’s equally true that it ignores some of the bigger problems.

When it comes down to it, California treats educational programs as a privilege, not a right.

At the heart of the matter is the view of the CDCR that most educational programs are a privilege and not a right. This ignores federal statutes such as 20 U.S.C. § 3423a. This federal law created an Office of Correctional Education to support states providing education in prisons. Moreover, the lack of access to key educational resources like computers and textbooks, coupled with the use by correctional authorities of denial of educational access as a form of punishment, help to make obtaining the necessary college credits almost impossible for most inmates.

Kevin McCarthy found many of these obstacles when he began to take college classes in 2015 after finding the Underground Scholars brochure. He had no access to a computer for his classes. He also could not do any class work when officials placed him in solitary for status reasons despite his record being clear of misconduct. Frequent lockdowns at Calipatria often disrupted his class schedule. And the proctors provided by Calipatria often delayed his testing by several weeks.

And, because it’s only a privilege, prison officials are quick to deny it as a punishment.

As Jody Lewen, the executive director of the Prison University Project at San Quentin State Prison points out, “Prison punishment generally entails the denial of privileges such as yard time, packages, phone calls, visits, or recreational activities. One may also be confined to one’s cell or dorm for days or weeks, or on successive weekends, allowed to leave only for work, or for critical appointments or activities. Because any program not operated directly by the CDCR … is generally treated as ‘recreation,’ people punished with denial of ‘privileges’ are routinely prohibited from attending their college classes, or other self-help or recovery programs.” This was certainly the case with Kevin when he was working to get his community college credits to enable him to enroll at UC Berkeley upon his release.

CDCR does provide some programming for inmates at San Quentin, Donovan, and Lancaster. Kevin had actually applied for transfer to San Quentin to take advantage of these educational opportunities. However, according to Kevin, prison officials had made it quite clear that he would have to “debrief” in order to get a transfer.

For those who don’t know, this means that he would have to snitch about all things he had seen and heard from other inmates over the years of his incarceration. When Kevin refused to do so, he had to find his own way to get an education. This is where Ilene Abrams and the Berkeley Underground Scholars began to provide Kevin with the assistance he needed.

When Kevin McCarthy ran into these issues at Calipatria, he found that he had a support network working outside to help him get the college credits he needed. Having an outside supporter can often be the key to overcoming barriers encountered by inmates who are trying to enforce their rights, like the right to an education.

An attorney put him in touch with a mentor, retired college counselor Ilene Abrams, who was able to take care of the paperwork Kevin couldn’t since he didn’t have access to a computer. This included sending copies of his high school transcript and GED to the community college so he could enroll. They also helped him obtain textbooks for his classes, and made sure he was able to take exams while inside.

The Berkeley Underground Scholars supported many others like Kevin McCarthy in other ways. They supported Kevin and the other inmates at Pelican Bay who launched three statewide hunger strikes between 2011 and 2014 to draw attention to the abuses of solitary confinement by the CDCR, as well as the lack of educational opportunities. This continues today with AB 2632 (also known as the Mandela Act on Solitary Confinement). This bill aims to reduce the amount of time officials may place someone in solitary. And it also bans the use of solitary for certain populations, such as people with disabilities and pregnant inmates.

A Success Story With More Work To Be Done

As the time approached for Kevin’s release, the Berkeley Underground Scholars helped him with his application and personal insight statement. They also assisted him with the transfer of his community college credits. In the fall of 2020, Kevin continued his journey by enrolling as a student at UC Berkeley, the first incarcerated person to do so under the program started by the Underground Scholars.

There is still more work that needs to be done. Kevin testified before the California Legislature on SB 416. That bill expanded access to college instruction for CDCR detainees. It directs the CDCR to prioritize colleges and universities that provide face-to-face, classroom-based instruction that provides transferrable college credits.

This should help many overcome the barriers that Kevin encountered while in the custody of CDCR. Governor Gavin Newsom signed SB 416 into law on October 11, 2021. The Berkeley Underground Scholars had a leading role in SB 416’s success.

Still, California needs to address CDCR abuses of solitary confinement under the Mandela Act. It also needs to do more to provide funding for these programs, and take steps to get recalcitrant prison administrators on board with these education initiatives.

“Education is transformative. It dismantles prejudice and ignorance. It builds a future of hope.”

Kevin will graduate from UC Berkeley in the spring of 2023 with a degree in legal studies. He has taken the LSAT and plans to go to law school in the fall of 2023.

“Education is transformative,” Kevin points out. “It dismantles prejudice and ignorance. It builds a future of hope.”