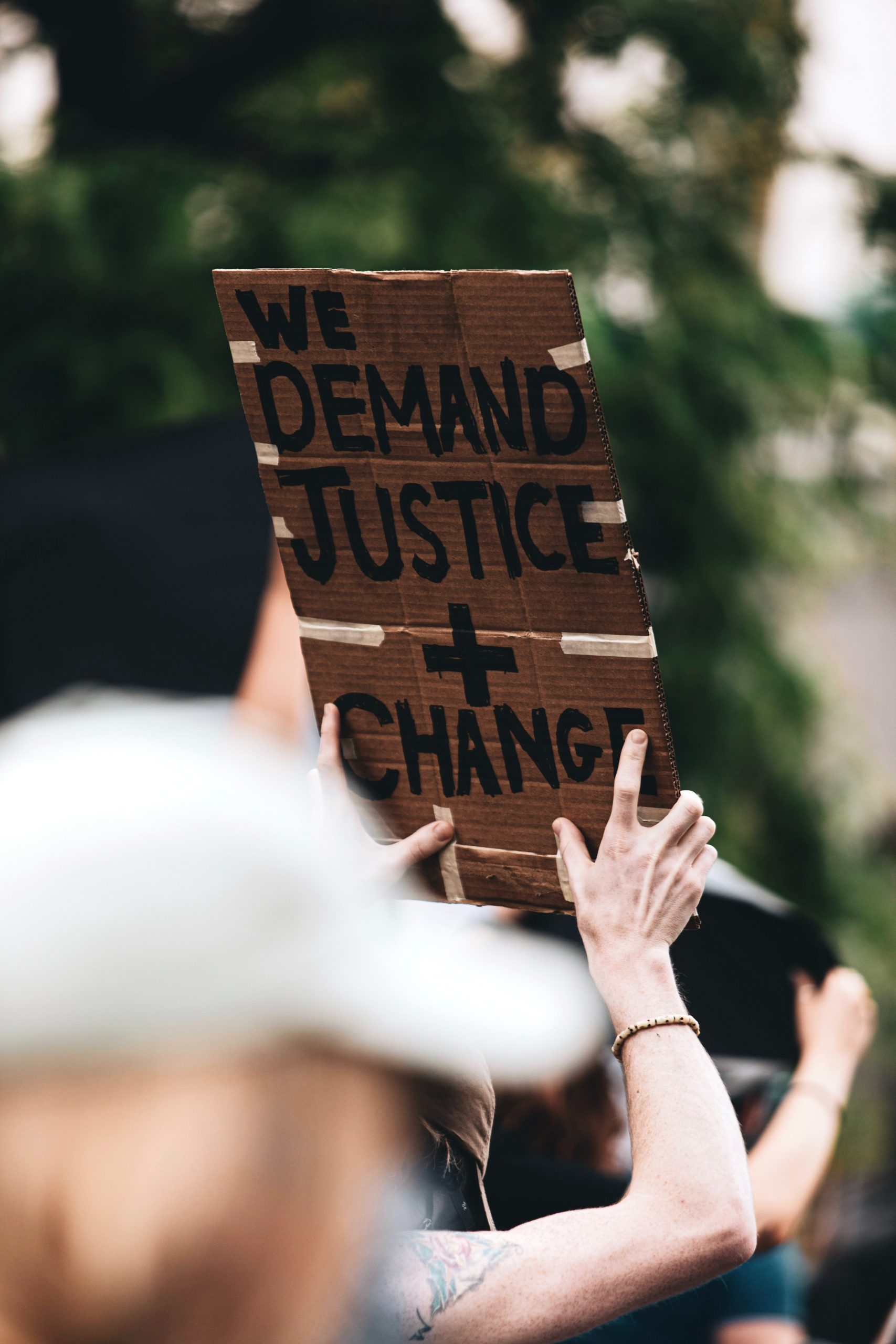 Eli Savit is the first new prosecutor for Washtenaw County, Michigan, in almost 30 years. He ran on a platform of equity and accountability. One of his signature promises throughout the campaign was a no cash bail policy. He called the use of cash bail unjust and discriminatory. And, only a few days into 2021, Savit is already living up to his word.

The U.S. justice system is centered on the principle of criminal defendants being “innocent until proven guilty.” That doesn’t stop jails and prisons from holding defendants for long periods, though. When a defendant is arraigned, the judge sets a bail amount. If the defendant can’t pay it, they remain in custody until their trial. Sometimes, this can stretch to months or years behind bars — even for innocent people.

People who live in poverty make up a disproportionate percentage of the prison population. Requiring cash bail discriminates against defendants on the basis of wealth. Because wealth is inherently tied to race, people of color are much more likely to remain in jail until they stand trial. According to Savit, this effectively turns local and state penitentiaries into debtors’ prisons.

“Poorer defendants are sitting behind bars pending trial, while wealthier defendants are allowed to walk free. That’s unjust … And we all pay for that,” Savit explained. By eliminating cash bail, he believes that Washtenaw County jails will be less crowded. This will cost taxpayers less money and can help prevent pretrial discrimination.

Moreover, he notes that pretrial incarceration places heavy burdens on families. Those held pending a hearing are unable to work. This prevents them from raising funds to post bail and puts them at risk of losing their jobs. Because most defendants who fail to post bail are from low-income households, it’s clear that keeping them locked up puts their families at risk.

Savit understands the safety concerns with his no cash bail policy, but he argues that reality completely undermines the argument.

With a no cash bail policy, it’s understandable that the public has concerns. If courts release defendants back into the community, some worry that crime will go up. Savit notes that “we’ve seen in Washtenaw we need not hold people on bail to keep our community safe. We thinned out our jail in response to COVID — and didn’t see a resulting surge in crime.”

The policy directive released by his office details several other concerns about public safety. Most importantly, while he will not seek cash bail, Savit is not eliminating all pretrial conditions for release. This can be tricky. Voters rejected a no cash bail policy in California after advocates argued that allowing judges to set pretrial conditions could increase racial and gender discrimination.

To counteract this, Savit plans to establish equitable standards for pretrial release. In other words, prosecutors determine conditions based on the criminal charges, not the defendant’s socioeconomic background. “The Washtenaw County Prosecutor’s Office … is committed to dispensing justice evenhandedly … [and] will no longer seek to impose upfront monetary conditions as a term of pretrial release.” That doesn’t mean that defendants won’t face other conditions, of course.

The directive makes clear that the prosecutor’s office has compiled extensive research regarding pretrial release. In addressing public safety, the policy prioritizes recidivism and the potential for violent crime while the defendant awaits trial. Savit lists escalating gang violence and domestic abuse as charges that may disqualify defendants from pretrial release. Abusers with access to firearms are 400 percent more likely to commit femicide. The directive suggests restricting access to firearms as one example of a pretrial condition that those charged with domestic abuse may have to honor.

Specified crimes that may lead to a denial of pretrial release include murder, treason, sexual assault in the first degree, armed robbery, or kidnapping. Any violent felony may also prevent a defendant from gaining pretrial release. For all other offenses, the directive recommends that prosecutors “seek the least restrictive release conditions that will ensure public safety.” The hope is that the directive will help solve issues where Michigan judges impose non-monetary conditions that are difficult or impossible for defendants to meet. The more restrictive the conditions, the more likely a defendant violates the terms of their release and ends up behind bars until trial. Thus, restrictions should specifically address public safety without placing undue burden on defendants or their families.

What Others Are Saying About No Cash Bail Policies

Kimberly Buddin, spokesperson for the American Civil Liberties Union (ACLU) in Michigan, supports Savit’s commitment to eliminating cash bail. “The longer people are behind bars when they don’t need to be, the more likely they are to actually commit crimes in the future … cash bail really has a negative effect on the entire economy, the human lives of people, and on Michigan as a whole.”

Buddin acknowledges that such a systemic overhaul is complicated. Prosecutors are not just working to fix issues of injustice; they are also working to change the way the general public thinks about crime management. Perhaps that is why the California chapter of the ACLU was so critical of SB-10. While they support the eradication of cash bail, SB-10 gave California judges too much leeway. The ACLU feared that the bill would exacerbate racial prejudice, rather than reduce it.

Prosecutors around the country are adopting no cash bail policies. Tackling the issues of risk assessment and conditions for pretrial release is a challenge everywhere. The general public wants to know that this shift will not put them in danger or increase crime in their respective cities. Prison reform and justice advocates are working to help states understand both what is at stake and how to design policies that ensure equity.

The Bail Project is vocally supportive of Savit’s efforts. First established to raise funds for defendants who could not post bail in New York City, the nonprofit has expanded its efforts. The group continues to raise funds and help people afford bail, but it is also working with policy makers to change the pretrial system.

Taking a multifaceted approach, The Bail Project has outlined a vision to help prosecutors like Savit convince the public that change is necessary.

“Most Americans recognize that our current pretrial system must change. But while there is growing consensus that we need reform, a shared vision for what this look like is less clear,” the project acknowledges on its website. It’s clear that Savit has internalized those ideas. His policy directive closely mirrors the step-by-step approach to reform presented by The Bail Project.

Of course, not everyone supports the elimination of cash bail. Arianna Slay, who ran against Savit for Washtenaw County Prosecutor, called cash bail a legislative issue. Slay argued that prosecutors uphold the law, but they are not change makers. Savit’s policy directive establishes that prosecutors can make a difference. They can address inequity in meaningful ways.

Slay suggested that the answer to racial inequity could be a more diverse jury. In contrast, Savit understands that issues of racial and gender discrimination are not rooted in personal prejudice, and are not perpetuated solely by jurors. Inequity is systemic. He is working toward a fundamental shift in the way Washtenaw County approaches those who have not been convicted.

House Bill 3653, authored by the Illinois Legislative Black Caucus and recently signed into law, illustrates just how controversial cash bail remains. Playing on public fears, opponents of the bill suggest that it puts cities at risk. Rep. Tom Weber lamented that “many violent felons will be able to walk free before trial.” This mispresents the bill, which prohibits monetary bail but allows for risk assessment in much the same way that Savit’s directive does.

Rep. Justin Slaughter, a cosponsor of the bill, reinforces that the purpose of the bill is to protect people’s rights. “What we do know is that it is inhumane to subject anyone to pretrial detention before their hearing. In this country you are innocent before proven guilty.” This echoes Savit’s defense of the no cash bail policy in Washtenaw County.

For now, the issue of cash bail is more or less partisan. Most Democrats agree that cash bail is unjust and contributes to racial inequity in the prison system. They also argue that pretrial incarceration increases recidivism. Republicans, on the other hand, oppose the elimination of cash bail. They suggest that cash bail helps to protect the public by getting offenders off the streets. This mentality is steeped in the assumption that everyone arrested for a crime is both guilty and a danger to society.

Inequity plagues the justice system. Our jails and prisons are overwhelmed by mass incarceration. Prosecutors like Savit are working, one county at a time, to change that. No cash bail policies may not solve everything, but they are a clear and actionable place to start.