Traveling Abroad With A Criminal Conviction  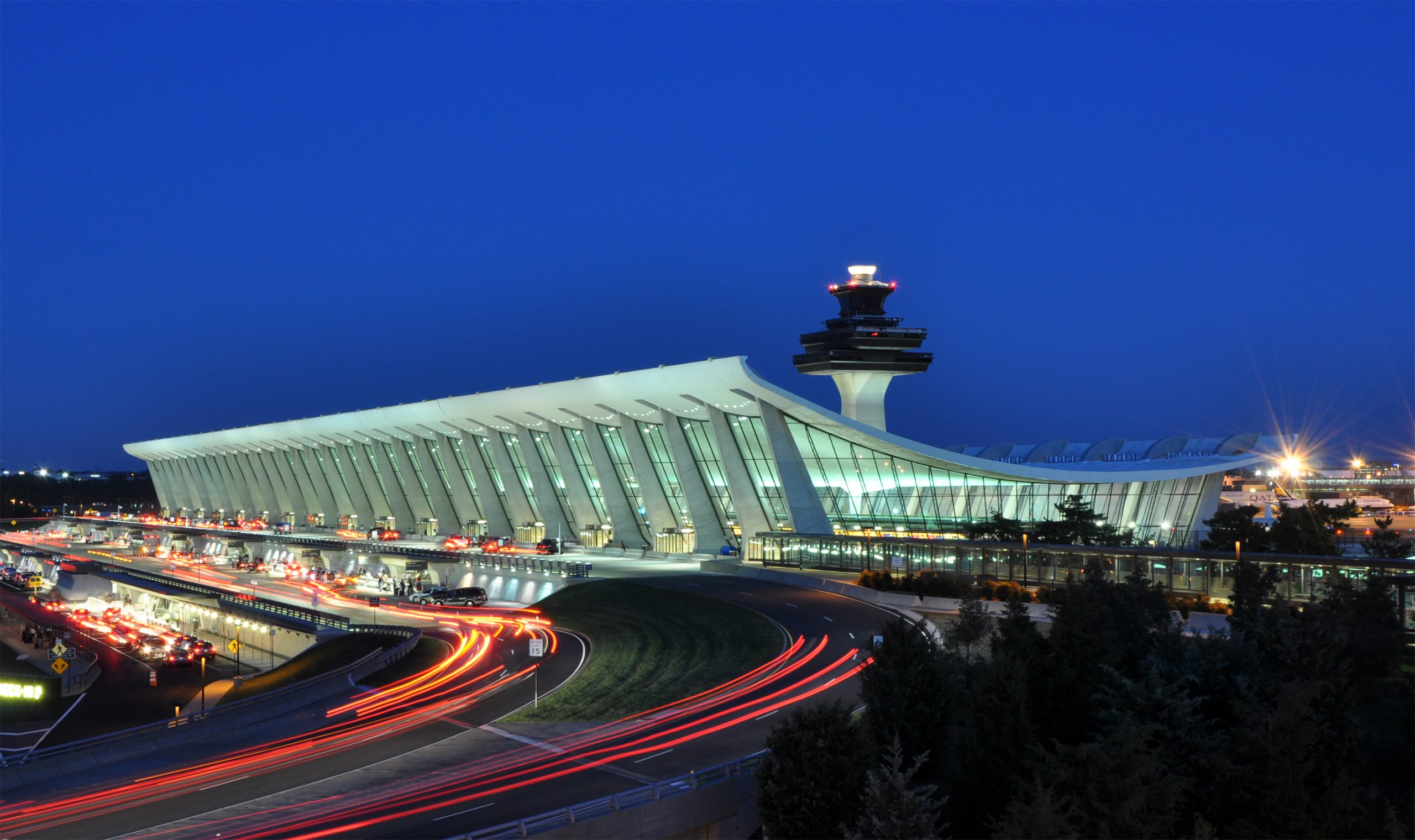 You’ve completed your period of supervised release, and your parole officer has just handed you a slip of paper along with your passport. It has been a hard road — from the arrest to all the pretrial activity, pleading and sentencing to the incarceration. Now here you are, several years older but still alive with a US passport in your hands. And you’d like nothing more than to celebrate your newfound freedom by taking a trip to a foreign country. This is especially important for many justice-impacted people who had to surrender their passports upon arrest and have had restrictions on their movement since that day, often even within the United States.

So, you go online, find a foreign destination you like and book plane tickets and a hotel room. The day arrives and you catch your flight to the foreign country of your choice. All seems good in the world, until you arrive at passport control in your destination. The officer takes your passport, examines it and then calls for a supervisor.

After a few anxious minutes, you hear the words everyone with a criminal conviction record dreads: “I’m sorry, we cannot admit you to our country because you have a criminal record. Please come with us so we can secure your luggage and get you on the next plane back to America. We apologize for the inconvenience. But our nation does not admit people who have a criminal conviction. You will have to pay for your return plane ticket.”

And that’s it. You have been refused entry on the basis of your conviction. Unfortunately, this story is a far too common one when it comes to traveling abroad with a criminal conviction.

Before the terrorist attacks of 9/11 and the advent of criminal records availability on the Internet, the issue of crossing international borders as a justice-impacted person was largely theoretical. Unless there was an outstanding warrant for your arrest that had been filed with INTERPOL, it was highly unlikely that the folks at passport control at your foreign destination would even know that you were traveling abroad with a criminal conviction. The only time this might come up is if you decided to change your status in the country from tourist to nonresident alien or immigrant. This move would likely trigger the need for a criminal background check.

All of this changed with 9/11. Suddenly, the United States got serious about criminal background checks on foreign nationals entering the country. This was in conjunction with the increasing enforcement of the No Fly List, as well as the sharing of intelligence between the USA and a number of allies. And, as expected, many nations reciprocated by starting to look into the backgrounds of Americans entering their countries, often turning away many justice-impacted people who would have been able to enter without too much hassle just a few years earlier. As a result, there are now a number of countries that justice-impacted people will find it difficult to enter.

Each nation has the absolute right to determine who can and cannot enter its country for any reason or no reason at all. However, most try not to limit entry since it is bad for business, both tourism and trade. As a result, most countries allow foreigners in as simple tourists with little or no hassle, as long as they aren’t a threat either to commit crimes, import drugs or stay there illegally. However, if you have a criminal conviction in your record, there are some countries that make traveling abroad difficult if not impossible.

Europe and the United Kingdom

The United Kingdom is one of the few European nations that restrict entry for justice-impacted individuals. In general, if you were convicted of a crime punishable by 23 months or more under British law or served more than 12 months in prison, you will likely be denied entry. While entry clearance officers at UK airports and other points of entry don’t have access to criminal records from foreign governments like the United States, it does seem like an unusually big risk to take, especially considering the cost of airfare to the UK and the length of flight.

Still, there are ways around this. If your sentence was less than 12 months long, then it will not be taken into consideration if five years have passed since your sentencing. Similarly, if you served four years or less, then the waiting period is ten years from the date of sentence. If you served longer than four years, then your only option is to apply for a standard visitor’s visa to the UK. While American citizens normally don’t have to apply for a visa to visit the UK as a tourist, those with convictions may have to take this step to ensure entry.

For the rest of Europe, you shouldn’t have any trouble gaining entry, especially for those nations that are members of the European Union and signatories to the Schengen Agreement, which created open borders across most of the continent. There are some small exceptions. Italy will allow entry, but requires that you obtain a dichiarazione di presenza (“declaration of presence”) upon arrival. Germany specifically excludes anyone with a conviction for crimes involving drugs or human trafficking. Also, Sweden requires that you obtain an entry visa before arrival.

Canada takes a similar approach to the UK. If you have a felony or misdemeanor conviction, then Canada can deny you entry. The Great White North is especially strict about driving while intoxicated. DWIs became an issue during the 2000 Presidential Campaign, since George W. Bush has an arrest record for DWI. However, Canada gave President Bush a special entry waiver. This allowed him to attend international conferences in Canada while serving as US President. In addition, Canada and the US share arrest information. So, the Canadians at the border entry post will get any criminal conviction records simply by checking your passport.

Still, Canada does provide some relief for justice-impacted individuals. If your crime is punishable by less than 10 years of incarceration under Canadian law, then you will be deemed rehabilitated under Canadian law with the passage of five or ten years, depending on the circumstances of your conviction. In addition, if you would like to visit Canada before then, you can apply for a Temporary Resident Permit. This will set you back several hundred dollars. But it is still less expensive than the amount you will pay on gas or airfare only to find out that you are not welcome in our northern neighbor.

Caribbean and the Americas

If you like sun and sand, then you will be happy to know that most Caribbean nations have no restrictions for justice-impacted people who have completed their sentence, including any period of community supervision, such as probation, parole or supervised release. The only exception is Jamaica, which specifically excludes anyone with a felony conviction. However, officials do not enforce this restriction if five years have passed since your date of last conviction.

The other nations of Central and South America have similar policies, allowing people in regardless of having a criminal conviction record. The only countries where this may prove a problem are Bolivia and Paraguay, which require that you obtain an entry visa before you arrive in the country. The issue may come up on the visa application. So, you should be aware ahead of time to have all of your documentation on your conviction and completion of any periods of incarceration and supervised release ready before applying.

Currently, none of the nations of Africa restrict entry for Americans with records of criminal conviction. Still, some African countries require Americans to obtain a visa before arrival. So, you should check on the embassy website for the country you plan to visit before you leave on your trip.

Some of the nations of Asia have the most restrictive entry criteria for visitors, even those planning to arrive as tourists. For example, Russia requires an entry visa and will bar entry on the basis of a felony conviction. The visa application includes a question about felony convictions. And Russia can and will punish visitors who have lied on their applications. The People’s Republic of China also follows the same procedure as Russia, barring entry to those who have a criminal conviction record.

Japan is a little more lenient than Russia or China. Like those countries, it asks if you have ever been convicted of a crime. But it will permit entry if you were sentenced to less than one year for a crime that doesn’t involve drugs. If you served longer than one year, you may need to contact the Japanese Consulate to get an entry visa waiver.

A similar situation exists with India, which does not specially exclude justice-impacted people. But India does require Americans to obtain an entry visa before arriving in the country.

Australia requires entrants to pass a character test. This denies entry to people who are determined to have a “substantial criminal record” under the test. Unfortunately, this has been defined as anyone who has ever been sentenced to at least 12 months in prison.

Israel states quite clearly that its border control has the absolute authority to deny entry to anyone convicted of a crime in any country, as well as anyone who is a suspect or accused of committing a crime, and those whom border control thinks will endanger public safety. However, the Israeli border authority has limited access to public arrest and conviction records from other countries. As a practical matter, the main concern of Israel is terrorism. So, anyone on a No Fly List or who has an open warrant with INTERPOL will be denied entry.

I recently returned from a vacation in Israel, and noticed that they do have a little quirk in their system. Unlike other countries that stamp your passport upon entry, Israel issues a temporary visa card for tourists with a clear statement that the entrant may not work. It gives you three months to stay in the country. This is a little slip of paper that you must keep with your passport at all times. The reason why Israel doesn’t stamp passports goes back to the illegal boycott of the Jewish State instituted by the Arab League in 1948. Historically, holders of passports with Israeli entry stamps can run into problems entering countries that participate in the boycott. So, by giving a slip of paper instead, there is no record of the passport holder ever entering Israel.

Welcome to the World!

As you can see, having a criminal conviction record can keep you from traveling abroad to a number of countries. Entry into the UK, Canada, Australia, Jamaica, Japan and Israel is not guaranteed. Yet there are steps you can take to visit these nations as a tourist. It may just entail a little more legwork, and an additional cost or expense. Other countries like China and Russia may be more difficult; although, in the case of Russia, entry right now is restricted because of the ongoing war in Ukraine. Unfortunately, the record of a criminal conviction can continue to have an impact on your life long after you have paid your debt to society, including the ability to freely travel around the world.