U.S. Has First Execution of Woman since 1953 Though Mental Competency Questions Persisted 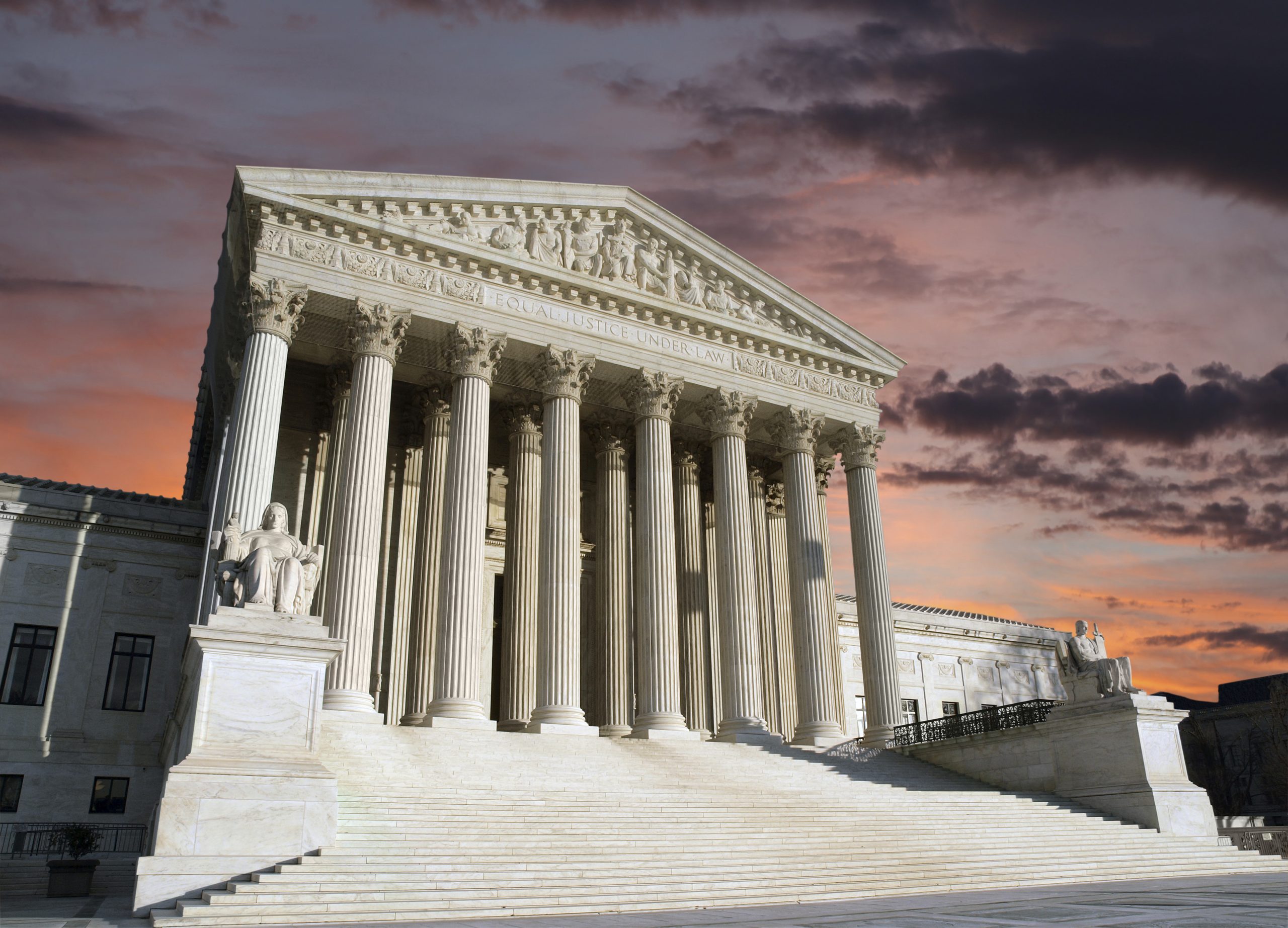 20 Jan U.S. Has First Execution of Woman since 1953 Though Mental Competency Questions Persisted

The Trump administration prevailed in its efforts to execute Lisa Maria Montgomery without a mental competency hearing. At the time of her execution, she was the only woman on federal death row. Despite a history of physical and sexual trauma, officials denied Montgomery’s request for a stay of execution pending a mental competency assessment. Officials executed Montgomery on Jan. 13, 2021. Her execution sparked renewed debate about Eighth Amendment protections for the mentally ill. It also renewed calls for fairness in sentencing and abolition of the death penalty.

How the U.S. Supreme Court Has Kept Executions Alive

But more specific questions — about the execution of those suffering from mental illness without a mental competency hearing — also plague the justice system.

Alvin Ford, a convicted murderer who developed paranoid psychotic disorder while on death row, was granted a judicial hearing to determine whether or not he was mentally competent enough to be executed. This was based on the court’s declaration that the Eighth and 14th Amendments protect the insane from being executed. In Atkins v. Virginia, they further prohibited the execution of the “mentally retarded.”

These rulings have followed a pattern of reasoning, namely that prisoners who cannot comprehend the reason for their execution are not mentally competent enough to receive the death penalty. Though the U.S. Supreme Court has not explicitly ruled on the execution of the mentally ill, advocates against that practice argue that mental illness alters one’s perception of reality. This alteration, in turn, prevents the mentally ill from fully comprehending the nature of their crimes and subsequent punishments.

Capital trials happen in two phases: the trial phase and the sentencing phase. Courts consider mental competency during both phases.

The U.S. Supreme Court, in Panetti v. Quarterman, specified that those who do not have “a rational understanding” of the reason for their execution are protected under the Eighth Amendment. As with other rulings, the justices did not specifically state that mental illness prohibits the execution of those on death row. However, they did dictate that death row prisoners have the right to prove mental incompetence in court.

While this decision upheld previous rulings that protect the mentally impaired, the margin was 5-4, with all four conservative justices dissenting. The narrow margin reflects a persistent divide in America. Organizations like the ACLU and Mental Health America seek to highlight injustices around the death penalty.

Mental competency is not clearly defined by the justice system, and issues of definition arise at every stage of the process. During police interrogations, the mentally impaired may prove more easily manipulated. As a result, coerced confessions happen more often. Suspects may not comprehend the gravity of the situation, or they may be misled intentionally by police.

The Innocence Project found that false confessions occur at disproportionately high rates among the mentally ill.

The U.S. Constitution requires that defendants must be “competent” to stand trial. But legal definitions of mental competency, even for executions, are problematic. The government requires only that the defendant is capable of being rational and expressing themselves. This remarkably flexible definition renders even severely mentally ill defendants competent in the eyes of some courts. Those with paranoid schizophrenia, for example, have periods of lucidity that a judge can point to for mental competency.

This definition also ignores the potential for defendants to have committed murder during a delusion or psychotic break, because those same defendants may appear entirely rational during a competency hearing.

This discrepancy speaks to another virulently-contested decision in which the U.S. Supreme Court ruled that mentally ill defendants do not have the right to present evidence that proves their mental illness prohibited them from having criminal intent. Capital cases require that the prosecution prove criminal intent beyond a reasonable doubt. Yet courts often deny or limit defendants’ ability to show that they are incapable of such reasoning.

Several states do not have protections that prohibit the execution of prisoners with mental impairments. And the U.S. Supreme Court continues to avoid language that would guarantee Eighth Amendment protections to all mentally ill prisoners on death row. Just in the past several years, Texas executed a man with diagnosed paranoid schizophrenia, while California executed a veteran suffering from Post-Traumatic Stress Disorder.

It is against this backdrop that Lisa Maria Montgomery was sentenced to die. If courts permitted defendants to prove their mental incompetency, her first lawyer could have presented evidence describing the trauma and delusions that preceded her crime. Had a judge considered Montgomery’s mental state in sentencing, perhaps she would have received life in prison rather than execution.

Dianne Mattingly, the half-sister of Lisa Maria Montgomery, was separated from her sister when they were just children. Child Protective Services removed Mattingly from the family’s home after reports of abuse. Montgomery, four years younger than Mattingly, remained in the home. The two reunited during Montgomery’s trial, during which Mattingly served as a witness for the defense. She was there to affirm the horrific abuses Montgomery suffered as a child, a key part of the defense.

In an interview ahead of Montgomery’s execution, her half-sister said that Montgomery’s crime was “the most awful thing a person can do…but she shouldn’t have to die. Because maybe if she hadn’t been failed by the people she needed most in society, she could have been a part of it.” She pleaded publicly that Montgomery’s life be spared, hoping that commuting her sentence to life in prison would break a long history of evil actions in Montgomery’s life.

The evil actions to which Mattingly alluded began early in Montgomery’s life. Already the victim of repeated sexual abuse from her stepfather and his friends, Montgomery’s nightmare grew even more terrifying when she turned 13. Her stepfather built a special room in their home where he could abuse her. At one point her mother entered the room during an attack and, instead of protecting Montgomery, she held her at gunpoint.

By her adulthood, Montgomery suffered from florid psychosis, bipolar disorder and post-traumatic stress disorder. She disassociated when stressed, a defense mechanism she developed as a direct result of her abuse. She also had permanent brain damage from the many physical assaults she suffered. In the months leading up to her crime, Montgomery also suffered from a rare condition called pseudocyesis, or phantom pregnancy.

Unfortunately, her attorney did not present her mental illness or her history of abuse during her trial. In the legal world, an attorney’s failure to present such a defense could be considered “ineffective assistance of counsel.”

During the appeals process, these conditions came to light. But, by that point, it was not enough to overturn her sentence.

Montgomery initially received a stay of execution for a mental competency hearing from a federal district court on Jan. 11, 2020, just two days before her death. But the U.S. Court of Appeals dismissed the stay, a decision the U.S. Supreme Court upheld. Ultimately, the majority ruled that Montgomery did not have the right to a judicial hearing assessing her mental competence.

Two Democratic legislators, Dick Durbin and Ayanna Pressley, spoke to the Trump administration’s determination to execute Montgomery when they introduced legislation to end federal capital punishment just two days before Montgomery’s death. “There are three lives that hang in the balance this week alone,” said Pressley. “And this is why we reintroduced this bill this week and are urging Congress to act immediately to pass it. State-sanctioned murder is not justice.”

The question of capital punishment continues to rage in Washington, almost entirely along party lines. The Biden-Harris administration has made clear that they oppose the death penalty and intend to halt all federal executions. Durbin and Pressley argue that an executive order is not enough, and that it is time to pass a law prohibiting federal executions so that future presidents cannot reinstate it. For Montgomery, the effort came too late as the U.S. Supreme Court ultimately upheld her sentence.

Durbin expressed frustration at how many federal executions have taken place in the last weeks of Trump’s presidency. “Here we are in the closing hours of the Trump administration, when they are in a mad dash…to execute these people who have been on death row for years, if not decades.”

The government acknowledged Montgomery’s mental illness but argued that her conditions did not affect her mental competency.

Montgomery’s case illustrates just how flawed the legislation around mental competency is. Despite a well-documented history of sexual torture, physical abuse, mental disorders, and delusions, the government maintained Montgomery’s competency on the basis that she could comprehend the reason for her execution.

What the government failed to understand, or chose to ignore, is that a lifetime of abuse fundamentally altered Montgomery’s brain. She believed that God communicated with her through connect-the-dot pictures. When her husband decided to leave her and seek custody of their children, she created a delusion that she was carrying a new baby. All of this affected her actions.

The use of capital punishment and injustice go hand in hand. And the practice of executing mentally ill prisoners is arguably a violation of their constitutional rights. The U.S. Supreme Court has ruled that those with mental illnesses have a right to a judicial hearing regarding their mental competency. Yet the judges who preside over these hearings are legal experts, not psychologists.

Legal definitions and technicalities continue to determine whether mentally impaired prisoners will live or die. Legislators make arguments for and against the death penalty. And they pass and strike down laws on the basis of rhetoric and party affiliation.

But mental competency is not a question of legal or political maneuvering. It’s a question of human rights. And, unfortunately, courts struggle with it every day.