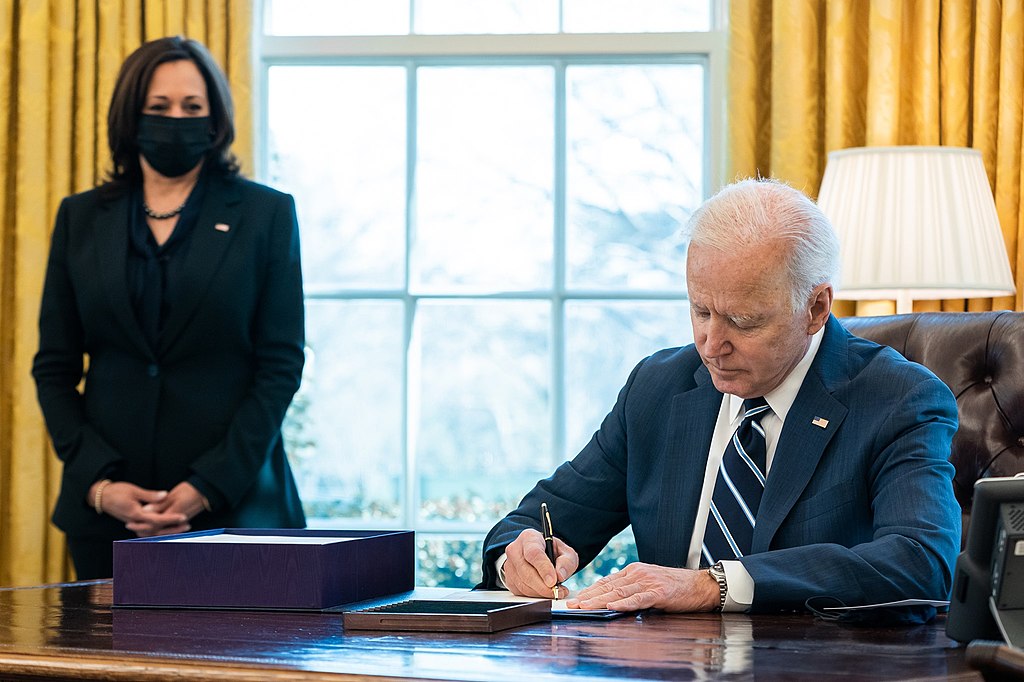 On Jan. 18, 2021, roughly 48 hours before he left the White House for Mar-a-Lago, former President Donald Trump signed Executive Order 13980. This executive order was President Trump’s final move to leave a lasting impression on the criminal justice system. Earlier this month, however, President Joe Biden rescinded a series of Trump orders, including EO 13980. Almost immediately, right-wing groups like The Heritage Foundation called the move “unwise.” But was it really?

“In the interest of fairness,” EO 13980’s “purpose” section begins, “Federal criminal law should be clearly written so that all Americans can understand what is prohibited and act accordingly.” “The purpose of this order,” it continues, “is to alleviate regulatory burdens on Americans by ensuring that they have notice of potential criminal liability for violations of regulations and by focusing criminal enforcement of regulatory offenses on the most culpable individuals.”

On the surface, this purpose sounds admirable. Frankly, there is no valid reason why criminal laws need to be confusing. If you’re committing a crime, you should know it—or at least be able to figure it out in a reasonable amount of time.

But an executive order reflecting a good purpose isn’t worth much more than the paper it’s written on. How does EO 13980 actually make the criminal justice system more fair? How does it make criminal laws easier to understand?

But the text of Trump’s executive order on criminal justice reform only identified a few things federal agencies “should” do.

Although EO 13980 was an executive order, the text of Trump’s justice reform measure reads more like guidance than anything else. In describing “the policy of the Federal Government,” the executive order states that agencies “should be explicit about what conduct is subject to criminal penalties and the mens rea standard applicable to those offenses.”

The order also states that “agencies should consider administrative or civil enforcement of strict liability regulatory offenses, rather than criminal enforcement of such offenses….” Finally, the “policy” section of the order states that “[c]riminal prosecutions based on regulatory offenses should focus on matters where a putative defendant had actual or constructive knowledge that conduct was prohibited.”

Again, on the surface, these “should” goals are admirable. But they only have value if they result in some tangible benefit. Whether EO 13980 would have achieved those results is anyone’s guess.

Despite the “should” nature of EO 13980, right-wing groups immediately criticized President Biden’s rescission of the executive order. And they did so without any meaningful discussion of the order’s substance, too. “President Joe Biden has been moving at breakneck speed to undo every policy of his predecessor that he can,” The Heritage Foundation wrote, “but he seems not to be giving any thought to whether the underlying policy is good.”

But even if you can ignore these groups’ heavy-handed political biases, you still need to decide whether their criticisms are helping or hurting the many good-faith efforts toward criminal justice reform that are happening across our country. In many cases, these criticisms hurt more than they help.

For example, The Heritage Foundation claimed that EO 13980 “required agencies that issue regulations with criminal penalties to ‘be explicit about what conduct is subject to criminal penalties and the ‘mens rea’ standard applicable to those offenses.’”

But EO 13980 didn’t require that. Instead, it stated that federal agencies “should be explicit about what conduct is subject to criminal penalties and the mens rea standard applicable to those offenses.”

The require-versus-should distinction is a huge one. As federal courts often say, ‘should” is not a mandatory term of expression; “require” is.

This criticism comes as the partisan divide grows across the country, including on the once-bipartisan issue of criminal justice reform.

Did The Heritage Foundation make the require-for-should swap to overstate the value of the Trump-era executive action? Only they will know. But it didn’t stop them from painting the decision as the end of criminal justice reform in this country.

“The goal was to spare Americans from unknowingly and unintentionally violating arcane laws and suddenly finding themselves branded as criminals and landing in federal prison,” the foundation wrote. “Unfortunately, with a stroke of his pen but not a word of explanation, Biden—who campaigned as a criminal justice reformer—just ended this long-overdue criminal justice reform that Trump delivered.”

But EO 13980 wasn’t part of the criminal justice reform that President Trump delivered. It was a last-minute executive order filled with “should” guidance. And overstating the value of “should” guidance from the Executive Branch takes public attention away from key legislation proposals — like the bipartisan First Step Act that President Trump signed into law — that can really make a difference.

Even if you believe EO 13980 had a chance to make a difference, President Biden gave it more of a chance than President Trump did.

What makes the criticism even more harmful is that it ignores crucial context. President Trump signed EO 13980 on Jan. 18, 2021, just two days before he left office. This means that he waited almost four years — three years and 363 days — to sign what The Heritage Foundation claims was “long-overdue criminal justice reform” that President Biden “ended.”

At a minimum, this drastic time disparity makes it clear that, “with a stroke of his pen,” Biden did not unwind any meaningful criminal justice reform. Indeed, there does not appear to be a single meaningful example of EO 13980 making a difference. But that doesn’t mean the ideas behind it aren’t incredibly important.

Making federal criminal laws easier to understand is incredibly important, and bipartisan pressure on lawmakers can make it a reality.

Despite having support from both sides of the aisle, criminal justice reform isn’t easy. This makes it incredibly important for reform advocates to aim their criticism carefully. The First Step Act illustrates the difficulty perfectly. When President Donald Trump signed it into law, politicians, advocates and the public almost unanimously praised it. But its implementation hasn’t been perfect. And follow-up legislation like the Next Step Act stumbled almost immediately out of the gate.

It’s also incredibly important to emphasize areas where bipartisanship does, in fact, exist. Making federal criminal laws easier to understand is one of them. As The Heritage Foundation points out, groups from all over the political spectrum support the ideas behind EO 13980. And these are ideas that are more important now than ever.

The American Bar Association published a brief piece praising EO 13980 earlier this year that shows why. The two lawyers who authored the ABA’s post emphasize two real-life examples of over criminalization: John Yates and Lawrence Lewis. Yates faced up to 20 years in prison for a fishing violation. Lewis was convicted for unknowingly violating the Clean Water Act.

Cases like those involving Yates and Lewis are why the ideas behind EO 13980 need to become law, not just “should” guidance from the White House. Advocacy groups—Trump critics, Biden critics and everyone in between—have an opportunity to work together to make that a reality. And The Heritage Foundation got that right. “In the meantime, Congress can and should fix this problem by passing permanent reforms….”