Even Sesame Street Is Cashing In On Mass Incarceration 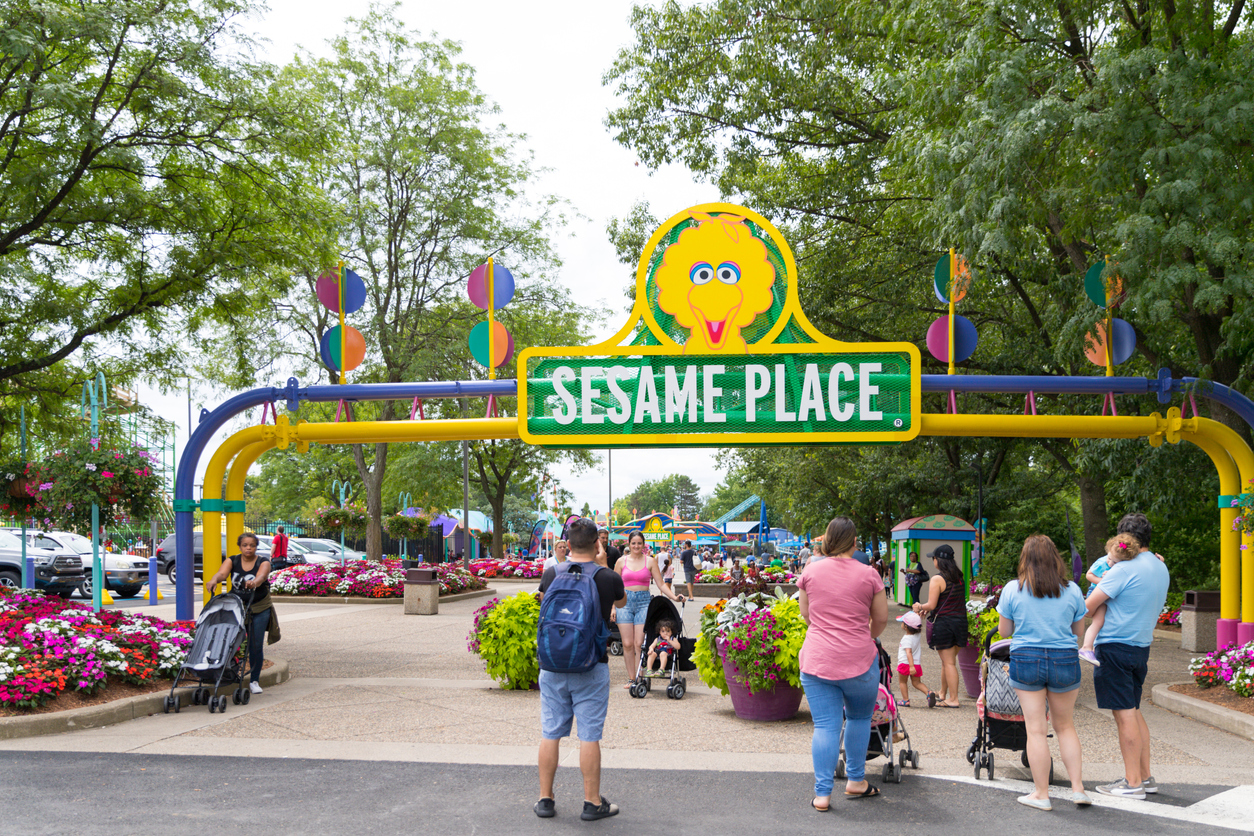 16 Oct Even Sesame Street Is Cashing In On Mass Incarceration

On Nov. 10, 1969, the first episode of Sesame Street appeared on TVs across the country. This TV show gets credit for teaching generations of kids the alphabet, how to count and more. In the decades since, Sesame Street has become the most widely viewed children’s TV program in the world. Among other record-breaking achievements, the show has aired in more than 120 countries worldwide. Over this half-century-plus timeline, Sesame Street has unsurprisingly made some criticism-worthy moves. But joining forces with Global Tel Link, one of the telecommunications companies profiting off mass incarceration, is arguably the worst. Yet that’s where Sesame Street currently finds itself: cashing in on mass incarceration just like so many others.

To Sesame Street’s credit, the show has tried to address the difficulties kids face while growing up with an incarcerated parent (like in this segment). It has also tried to address these difficulties with the Sesame Street in Communities program. The Sesame Street in Communities program provides learning materials to children facing everything from struggles with math to racial injustice. To an extent, segments and programs like these can help the struggles families face when a parent goes to prison. And they ask for nothing in return from the kids. That’s what makes Sesame Street’s decision to team up with Global Tel Link, a company making hundreds of millions off of mass incarceration, so perplexing.

Sesame Street’s ask-for-nothing-in-return approach to helping children deal with parental incarceration is the complete opposite of Global Tel Link’s approach. Global Tel Link’s entire business model exploits the very families and children that Sesame Street purportedly aims to help. Global Tel Link, joined by Securus Technologies and CenturyLink, have raked in billions from families who have loved ones in prison. At one point, Congress worked to set caps on the charges that these corporations could charge these struggling families. But corporations like Global Tel Link fought back. And, for the most part, they won. They have now created a system where states choose contracts with the most kickbacks (rather than, for example, the lowest charges or best service).

“Incarceration of family members can be difficult and overwhelming for both children and their caregivers,” Global Tel Link said in the press release announcing the partnership. “According to a 2015 study, one in 14 children in the U.S., over five million total, have had a parent who was incarcerated at one point in their lives. It is important for families and caregivers to provide space and support to help children understand and process the anxiety, sadness, and confusion they may feel,” it says. The press release is right on that point at least. Research shows that a child’s bond with their parents plays a huge role in their success later in life.

The best way to help kids deal with parental incarceration is helping families stay in touch.

Despite the crystal-clear nature of research on this topic, the problem continues getting worse, not better. In the 1970s, approximately 340,000 Americans were incarcerated. Today, that number is greater than two million. Unsurprisingly, this means more mothers and fathers are in prison. And it means that more children will now look for care from other relatives, the foster care system or worse. According to recent data, the rate of children with incarcerated fathers has increased by 75% since the 1980s. For incarcerated mothers, the increase — by 100% — is even more dramatic. Together, some research predicts that approximately 11% of all children will experience parental incarceration at some point in their lives.

But studies (like this one) routinely show a correlation between strong family ties during incarceration and reduced recidivism rates. Even Minnesota Department of Corrections research found that people who had visitors while incarcerated had a five-year recidivism rate that was 25% lower than those without visitors. The benefits extend to phone calls as well. That’s something that researchers focused on when Connecticut made phone calls free for incarcerated people earlier this year. “Vera has found there is a correlation with lower drug use. There’s a greater likelihood of finding jobs. There’s less run-ins with the law when people are maintaining these relationships,” Dr. John Hart, a senior research associate with the Vera Institute of Justice, told Connecticut Public Radio at the time.

With hundreds of millions in profits, Global Tel Link seems happy to praise itself.

Global Tel Link now brings in hundreds of millions in profits from families dealing with parental incarceration. Yet it wants everyone to believe it’s just here to help. “It is a tremendous honor to partner with Sesame Workshop to expand the resources provided for children of incarcerated parents,” Deb Alderson, Global Tel Link’s President & CEO, said in her company’s press release. “A national treasure, Sesame Street has been a childhood staple for over 50 years, dedicated to assisting in the healthy development of children across the world. Sesame Street in Communities: Coping with Incarceration extends help and guidance to a population that is often overlooked when someone is incarcerated.”

Global Tel Link is just trying to help, Alderson claims. “The resources that will be created through this partnership will focus on children’s emotional needs, helping them understand what is happening and, when possible, continuing a strong parent-child bond that will last through incarceration and reentry.” “At GTL, we have been working to truly make a difference in the lives of incarcerated individuals, and at Sesame Workshop, they have been truly making a difference in the lives of children,” she continued. “By combining our efforts, we can provide more well-rounded, family-focused resources that are a benefit to everyone affected by incarceration.”

So what is it that Global Tel Link is going to do that it wants so much praise for?

Ultimately, what’s happening here is simple. Global Tel Link will fund “new materials … to strengthen connections for the whole family,” according to the press release. It lists the following examples:

“In addition to printed materials and activities that will be available for free at www.sesamestreetincommunities.org,” the release continues, “Sesame Workshop and GTL will work together to create comforting and safe spaces for children and families within correctional facilities across the country.” According to Global Tel Link, “[v]isitation is important in strengthening bonds between children and their incarcerated parent, and these designated child-friendly spaces will be designed to reduce the fear and anxiety children may feel when visiting a facility, while providing resources for families.”

Children with incarcerated parents might not be able to afford to talk to their mothers and fathers in prison. But, thanks to Sesame Street and Global Tel Link, kids suffering from the consequences of mass incarceration will have “materials” and “spaces” at least. For a telecommunications company, it’s interesting that Global Tel Link couldn’t come up with a way to help that actually involved telecommunications.