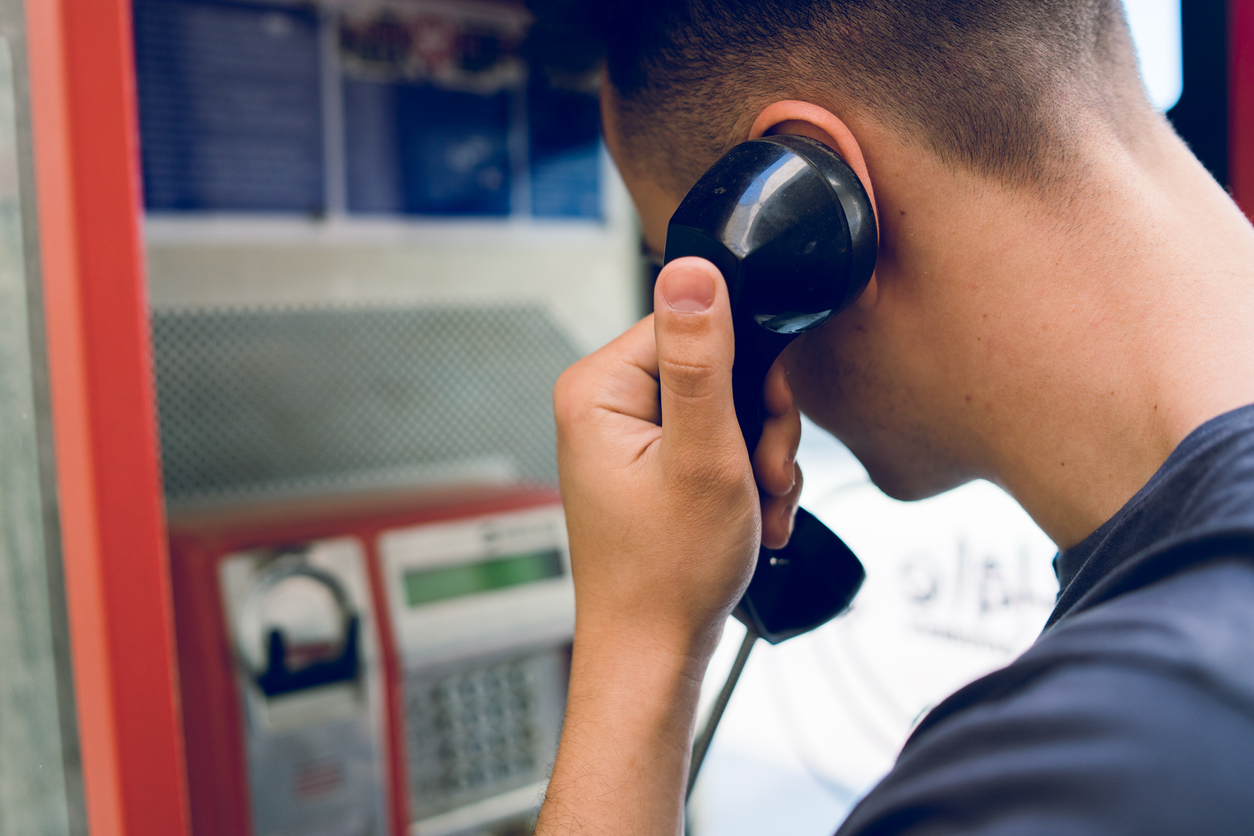 For the friends and families of millions of incarcerated people across the country, staying in touch can be expensive—often prohibitively so. In many cases, people can spend hundreds of dollars each month talking to their loved ones in prison. But that’s about to change in Connecticut, where Governor Ned Lamont just signed a new law that makes all phone calls from prison free.

A new law guarantees free phone calls to people in jails and prisons.

Earlier this year, Reps. Josh Elliot (D-88) and Martin Looney (D-11) introduced SB 972. The bill provides free phone services to people housed by the Connecticut Department of Corrections. It passed the Senate with by a 29-6 vote, then the House by a 94-51 vote. And on June 16, Gov. Lamont signed the bill into law.

The provisions of the new law will take effect on Oct. 22, 2022 for adult facilities and Oct. 1, 2022 for juvenile facilities. Once they do, they’ll provide substantial relief to the friends and families of the nearly 9,000 people incarcerated in Connecticut.

Rep. Elliot says this is a significant step. “We’re on the right side of history,” said Elliot. “Corporations can no longer be allowed to exploit the love between incarcerated people and their families–not in our state, not on our watch.”

Connecticut’s DOC has been served by Securus Technologies.

The Connecticut DOC, like many, contracted its services through a private vendor. Like many states, it chose to go through Securus Technologies. In fact, Connecticut was just one of 35 states that contracted Securus to manage its prison phone calls.

Securus has grown tremendously since it began in 2001. The company started out by providing a money-sending service for incarcerated people known as JPay. It has since grown and expanded its offerings. Securus now offers digital communications, like phone calls. But it also provides tablets for incarcerated people, complete with movies, email service and video chat—all, of course, at steep fees.

This ever-expanding business model has made Securus incredibly profitable. So much so that it attracted the attention of Detroit Pistons owner Tom Gores, whose private equity firm Platinum Equity acquired the company in 2017. According to Incfact, the company reports over $500 million in annual revenue.

However, it’s not entirely clear if the new law will cut into Securus’ profits at all. The law does not say who will supply communications services to the system. Securus also released a statement praising the decision that seems to indicate that they will still be contracted to provide service, only now at the expense of the taxpayer.

States and cities profit from private communications contracts too.

It’s not just Securus that makes money from these services. The systems that use these services also get a cut of the revenue. That can complicate efforts to cut them, as these revenues become a more regular part of state and local budgets.

Securus gives the state of Connecticut a 68% commission on in-state prison calls. That can lead to huge payoffs. The state collected around $7 million from phone call commissions in 2019 alone.

These commissions appear to be part of the company’s marketing push. In 2014, Securus touted its commission program in a press release it published. The release brags that “over the last ten (10) years, it has collected and remitted to jails, prisons, and state, county, and local governments over $1.3 billion in the form of commissions.”

Phone calls and other communications are a major expense for justice-impacted people.

Communication services might be a big boon to both private corporations and prison systems, but they’re also a significant burden on the friends and families of incarcerated people.

In many cases, families lose an entire income stream when someone goes to jail or prison. That, combined with the high cost of communications, can lead people who want to stay in touch with an incarcerated partner or family member to have to make difficult decisions.

One such person is Diane Lewis of Hartford, Connecticut. In an interview with NPR, she described how she dealt with the cost of staying in touch with her son while he was incarcerated. “I made these phone calls priority over everything, before any bill in this house,” she said. “He didn’t know there were times that I talked to him with no lights on in the house ’cause the lights went off. He didn’t ever know that.”

That’s the kind of thing Bianca Tylek, executive director of Worth Rises, has been trying to end. She and the organization worked with local advocates to address the cost of phone calls in prison. Many of the people Tylek worked with have been impacted by the justice system themselves. She says that the potential impact of the new law should not be underestimated

“This historic legislation will change lives,” said Tylek. “It will keep food on the table for struggling families, children in contact with their parents, and our communities safer.”

Other states and the federal government could do the same if they wanted to.

Connecticut is the first state to make phone calls from prison free. But several cities have also made the same decision. Phone calls are now free in jails and prisons in Los Angeles, San Francisco, San Diego and New York City. That means, if nothing else, it’s not impossible.

And it makes a tremendous difference. Correctional systems repeatedly claim to focus on rehabilitation as their central role. They also often point to staying in touch with families as one of the key factors in reducing recidivism risk. In the case of the Bureau of Prisons, it’s right there on their website.

Yet, by allowing communications to become prohibitively expensive, they discourage following their own advice. And in doing so, they are encouraging recidivism—all while placing yet another burden on the friends and families of incarcerated people.