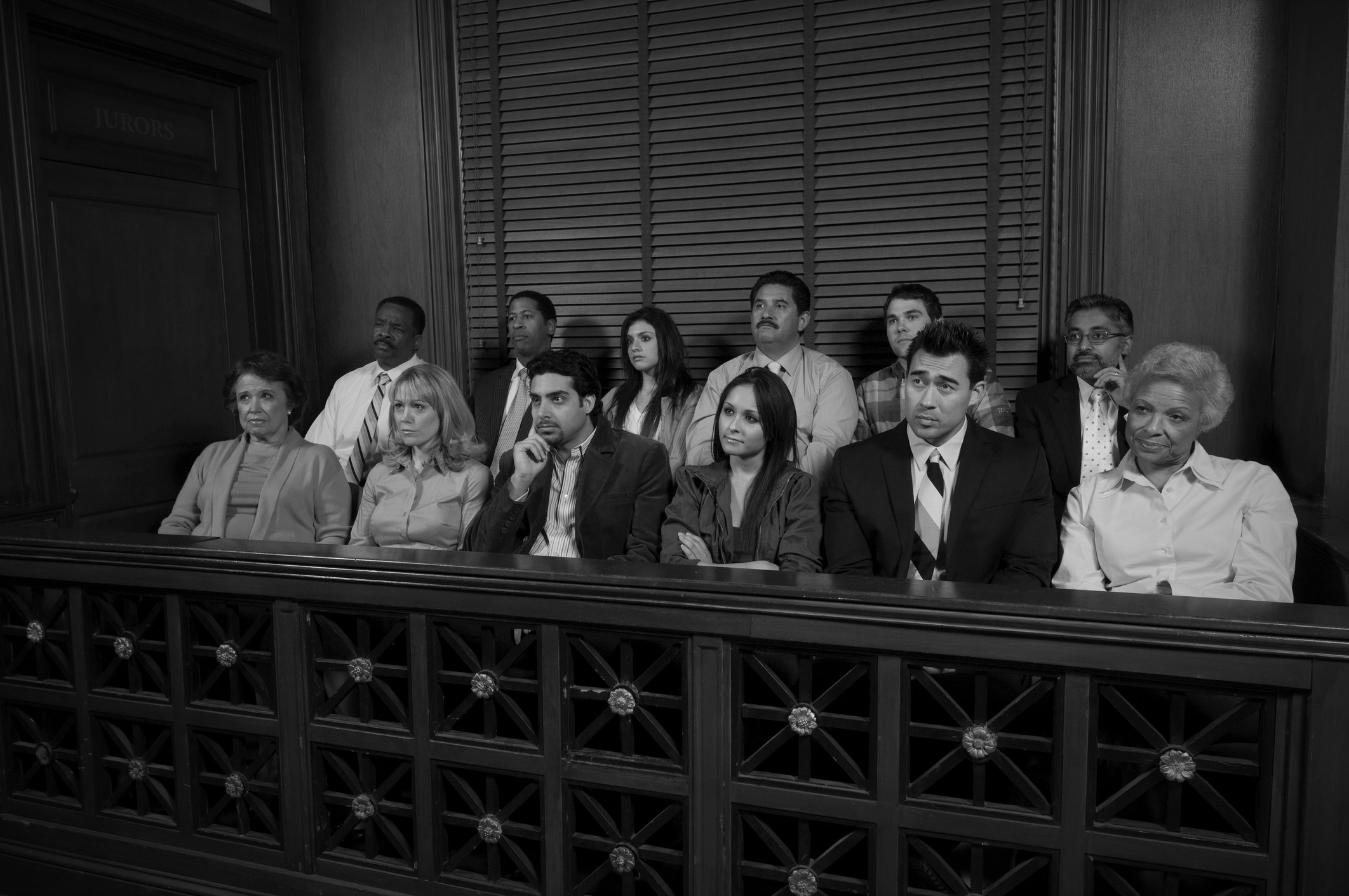 Until last year, 48 states in the United States required that 12 out of 12 jury members vote to convict someone of a felony. Oregon and Louisiana are the other two states. In those states, a prosecutor did not need a unanimous jury. This meant that even if multiple jurors in a case were not convinced of a defendant’s guilt beyond a reasonable doubt, the defendant could still be convicted. The United States Supreme Court has declared this practice unconstitutional. But countless people convicted by nonunanimous juries currently sit in Oregon prisons anyway. And, according to Oregon officials, it’s going to stay that way.

The Origins of Nonunanimous Jury Rules

The origins of the nonunanimous jury rules in Oregon and Louisiana are damning in and of themselves. Louisiana’s nonunanimous jury rule dates back to the late 1800s. As Justice Neil Gorsuch of the United States Supreme Court has explained, the constitutional convention in 1898 had one avowed purpose: to “establish the supremacy of the white race.”

To achieve their goal, lawmakers composed a document that reeks of the Jim Crow era. It imposed a poll tax and imposed literacy and property-ownership requirements. And it even included a provision relieving certain white residents from its requirements.

With this backdrop in mind, Louisiana lawmakers also sought to fix another purported problem: Black residents being on juries. Their original intent was to simply prevent African-American residents from serving on juries at all. But they eventually settled on an alternative plan instead. They put together a proposal that, on its surface, doesn’t appear to discriminate against Black people: a 10-to-2 jury rule. Under this provision, there would never be a requirement for unanimous juries. This, in turn, would “ensure that African-American juror service would be meaningless.”

Despite not having the same historical makeup as southern states, Oregon’s history on the nonunanimous jury rule isn’t any better. Oregon’s rule can be traced back to the 1930s and, to use Justice Gorsuch’s words, the Ku Klux Klan’s “efforts to dilute ‘the influence of racial, ethnic, and religious minorities on Oregon juries.’ “

In short, for both Oregon and Louisiana, the origins of their non-unanimous jury rules don’t go back to anything other than plain old racism.

Both state’s rules lasted for roughly a century. But they came to a slow but inevitable end last year thanks to the United States Supreme Court. In a decision called Ramos v. Louisiana, the Supreme Court held that the Sixth Amendment to the U.S. Constitution requires that all jury verdicts — state and federal — be unanimous.

The Sixth Amendment to the U.S. Constitution provides that, “[i]n all criminal prosecutions, the accused shall enjoy the right to a speedy and public trial, by an impartial jury of the State and district wherein the crime shall have been committed, which district shall have been previously ascertained by law.” And, according to the Supreme Court, no matter where we look — “whether it’s common law, state practices in the founding era, or opinions and treatises written soon afterward” — “the answer is unmistakable”: “A jury must reach a unanimous verdict in order to convict.”

The requirement of juror unanimity has been around for centuries. It emerged in 14th-century England and became a vital right under common law almost immediately. The United States adopted this England rule of law, too. Six states expressly required unanimity in jury trials in their constitutions. And others did the same through common law.

“It was against this backdrop,” Justice Gorsuch writes, “that James Madison drafted and the States ratified the Sixth Amendment in 1791.” By then, he notes, the requirement for unanimous verdicts was an unremarkable, yet extraordinarily important, 400-year-old legal principle. And, in both public debate and Supreme Court precedent, the United States has universally accepted the juror-unanimity requirement.

If there was any doubt about that universally accepted rule of law, the Supreme Court ended it in Ramos v. Louisiana: “There can be no question … that the Sixth Amendment’s unanimity requirement applies to state and federal criminal trials equally.” So, for Mr. Ramos, the outcome was straightforward despite being hard to achieve. A prison sentence premised on a nonunanimous jury verdict of guilty — past, present or future — violates the Sixth Amendment.

Any argument to the contrary doesn’t have a leg to stand on. Yet Oregon officials still decline to unwind nonunanimous convictions in their state. And this is true despite the fact that Oregon is ordinarily one of the more progressive states on criminal justice issues.

The success of the KKK’s efforts is hard to overlook.

Yet, in Oregon, defendants remain behind bars because of unconstitutional, nonunanimous verdicts. While its “efforts to dilute ‘the influence of racial, ethnic, and religious minorities on Oregon juries’ ” no longer carry the day, the KKK’s success in doing so in the 1930s carries on anyway. And, to make matters worse, these racist efforts succeeded in achieving their very purpose.

Consider Mutnomah County, Oregon’s most populated county. Black people face incarceration at a rate more than six times greater than that of their white counterparts. These racial disparities extend to Native Americans as well, who the government locks up at a rate almost twice that of white people. These disparities are true on a statewide level, too. Despite making up roughly two percent of the state’s population, Black people make up 16% of those convicted by nonunanimous juries.

While it’s not reasonable to point to nonunanimous juries as the sole cause of racial disparities in Oregon — after all, these disparities exist across the United States in states with or without the practice — it’s inexcusable that Oregon remains steadfast in its unwillingness to unwind its unconstitutional history.

The only explanation Oregon officials have provided so far for their refusal to retroactively apply Ramos v. Louisiana centers around the state’s purported interest in the “finality” of its verdicts. In a pending United States Supreme Court case, Oregon Attorney General Ellen Rosenblum acknowledged that nonunanimous verdicts are “an embarrassment to our otherwise progressive state.”

Yet even AG Rosenblum asked the Court to keep these “embarrassments” in place. According to her brief, Oregon “has a compelling interest in the finality of its convictions.” She also fears that unwinding these past unconstitutional verdicts would have “a significant impact on crime victims and require[] retrials years after the fact when key evidence may be gone.”

But that rationale is provided by government officials in practically every constitutional challenge to criminal convictions. The fact that unconstitutional sentences stayed in place for so long is not a reason to keep the victim of those constitutional violations subject to them; in fact, it is a reason to do the opposite and, finally, right the wrong.

And, even if Oregon was willing to right the wrong, there are doubts whether it would even be able to do so in a practical sense. Aliza Kaplan, a professor at Lewis & Clark Law School, made that point a discussion with PBS. According to Kaplan, Oregon doesn’t maintain records of who was convicted by unanimous or nonunanimous juries. So the state might not be able to accurately right that wrong in a practical sense anyway.

Further, even if Oregon had those records, they wouldn’t reflect all of the defendants that likely pleaded guilty rather than going to trial where a nonunanimous and unconstitutional jury could render a guilty verdict, meaning even more people continue to sit behind bars because of a KKK-influenced, unconstitutional rule.