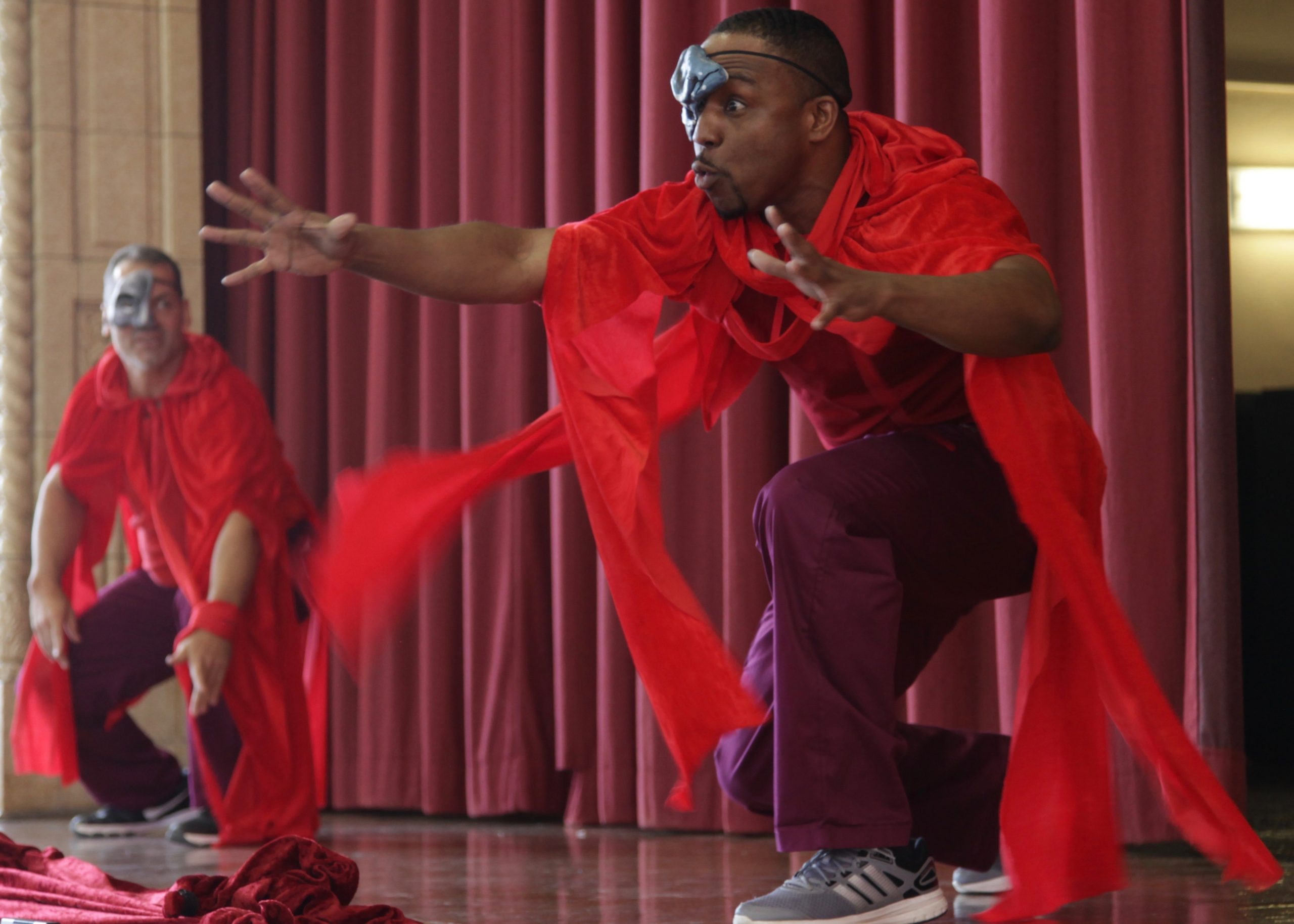 Charles Moore is the Director of Operations at the New York-based Rehabilitation Through the Arts (RTA). But before that, he was a participant in the program.

Since 1996, RTA has developed theater and dance programs in correctional facilities within the New York state DOC. Participants in the program work together to put on plays and other performances. These performances provide a rare opportunity for people housed in the New York correctional system to showcase artistic skills and talents to friends and family members on the outside.

But they also provide a much more quantifiable and practical benefit. While national recidivism rates are estimated to be as high as 83% in state prison systems, that rate is less than 5% for RTA alumni.

On the eve of its 25th anniversary and shortly after releasing a short documentary about the program entitled ‘Unlocked,’ available for free online, Moore and RTA Founder Katherine Vockins took the time to talk to Interrogating Justice about the program and its success.

RTA began just as funding for education for people in prison was cut off.

In 1994, President Bill Clinton signed the Violent Crime Control and Law Enforcement Act, known more commonly as “the crime bill,” into law. The law did many things. But among those was revoking incarcerated people’s access to Pell Grants, the largest source of federal aid for post-secondary education in the country. This led to a major decline in college and university courses offered to people in prison. One study found that in the early 90s, there were 772 programs operating in 1,287 correctional facilities across the country. By 1997, there were only eight college-in-prison programs left in the United States.

But one of the programs that remained was the New York Theological Seminary. It was an NYTS graduation that Vockins was attending when the idea for RTA struck. She said she was sitting next to a teaching assistant during the ceremony when something motivated her to speak to him.

“I said to him, is there any theater going on in Sing Sing?,” she said. “He said, ‘Not for the last decade.’ And I said, ‘Do you think there would be any interest?’ To this day, I have no idea why I said that.”

It wasn’t long after that conversation that RTA began its work.

“Three weeks later, I’m sitting in a room with eight men who wanted to write a play. And they wanted me to help put it on by convincing Sing Sing and the New York state’s Department of Corrections, that there should be a theater program at Sing Sing.”

Moore also shares a connection to NYTS. After entering Sing Sing at age 34 without a high school diploma, he worked his way to getting his Master’s of Professional Studies from NYTS over the course of his sentence.

“The way we use the arts to transform our folks like skills, is we build areas, where they can be more holistic, in how they return,” said Vockins. “If they don’t have a college degree, then what they have is the ability to manage their time, present who they are on their feet, communicate better than they did before, recognize critical thinking and nonviolent conflict resolution as part of their lifestyle. And therefore, those particular skill sets, prepare them better to return. In improving their communication, they are more apt to return to family, and communities to get a job and maintain a job because they know how to communicate better.”

Vockins says that RTA leans heavily on its skill wheel, which breaks down how different skills learned in dance and theater translate to different areas of life. For example, it lists “visual arts” under the “community” section. The corresponding inner circle cites skills like “cultivate self-expression” and “build visual memory” as ones that participants learn through visual arts.

Moore said that these skills are central to RTA’s education and its mission—and to reducing recidivism rates.

Moore first heard about the program in 2001 when he attended one of RTA’s plays. But he wasn’t able to join the program until 2004, due to an extensive waiting list. He made his debut in the August Wilson play ‘Jitney.’ The director of the play tapped him to play a telephone which, according to her, was the most important role in the play. That’s something that Moore took seriously.

“My whole presence was off stage. All I had to do was ring the phone when he came. And [the director] explained that the telephone was actually a character. It gave cue lines to other people and everything. I was like, ‘Oh my God! This is great! I’m the most important person in this play!’ I got to go to rehearsal. I got to make sure I was there because people were depending on me. So, it really, really did change my life to make me come out of the little funk that I was in as a result of being incarcerated.”

The recidivism rates of RTA alumni versus national averages has a lot to teach about how and why people rehabilitate.

As it closes in on its 25th anniversary, the organization has established a tremendous record of keeping people from going back to prison. Such low rates of recidivism over such a long time suggests that there is something to what RTA does. Perhaps it’s the practical skills people learn through arts education. Or maybe it’s the self-esteem boost that comes from working together to accomplish goals and embrace one’s vulnerability. But according to Moore, at least some of that success is due to the fact that the program reminds people that they are more than their ID number, or the crime that sent them to prison—an acknowledgment of a person’s humanity.

“It made me think that I wasn’t the worst thing that I ever did in my life,” said Moore. “There is life after and the bottom line is just because you’re incarcerated doesn’t mean that you’re less than a human being. It resolidifies that there is life after incarceration.”