Should Police Officers be The Ones to Enforce Traffic Laws? 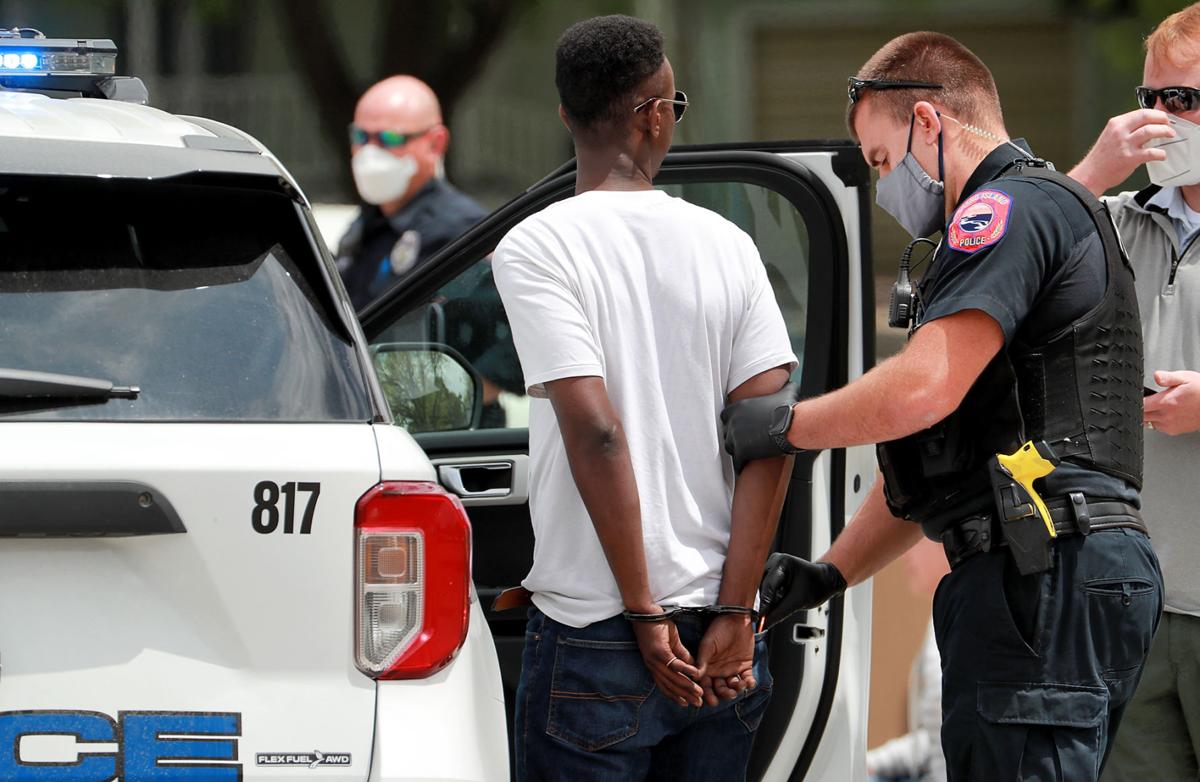 31 May Should Police Officers be The Ones to Enforce Traffic Laws?

Traffic stops are too often dangerous experiences. This is especially true for people of color. When a police officer fatally shot Daunte Wright during a traffic stop near Minneapolis this year, he joined a long list of people who have died at the hands of the police after being pulled over for a routine traffic violation. Such highly publicized incidents have left some asking the question: Should police enforce traffic laws?

Automobile crashes are a leading cause of death for Americans. It is a problem that requires the enforcement of laws and regulations. Police across the US pull over 50,000 drivers on a typical day. That’s more than 20 million motorists a year. It makes the traffic stop the most common interaction among citizens and police in the country.

How can we reduce traffic stops without undermining public safety?

One way to address this problem is to reduce the number of encounters police officers have with drivers. Having police officers implement traffic laws is not the only way to promote road safety.

Automated speed and red-light cameras, for example, have proved to be effective in decreasing traffic accidents, injuries and fatalities. They are more consistent than human oversight. They also don’t selectively or discriminatorily choose to pull over violators. Automating speeding citations, which is a major cause of accidents, could significantly reduce police encounters. Speeding accounted for over one-quarter of all traffic fatalities in the US in 2018.

Technology is available to decrease reliance on human enforcement.

Towns and cities could use technology to check for expired licenses and registrations. These are common infractions that disproportionately impact people of color and people with low incomes. An expired registration was the reason the police gave for stopping Daunte Wright. Instead of having human officers issue citations for this violation, license-plate readers could use that information to send notice by mail that a license or registration has expired.

As with the use of any technology, being mindful of an individual’s privacy rights is important. Otherwise, the police could misuse myriad information ascertained from license-plate scanners and traffic cameras.

Solutions for decreasing reliance on human enforcement don’t always require switching to automation. Better design of streets and highways can protect lives, too. Raised medians can help keep bikers safe from cars. Speed bumps can be an effective method to slow down speedy drivers.

Human enforcement of traffic laws isn’t going away any time soon..But perhaps the best method isn’t weaponized officers trained to approach stops with a heightened expectation of conflict. Advocates for police reform suggest unarmed traffic monitors could handle routine violations. The police would provide assistance when requested and still pursue criminal violations. But an armed response would be a last resort, not routine.

Evidence shows that only a tiny percentage of routine traffic stops result in serious injury or death to officers. That number is just a fraction of a percent in Florida. A bill is pending in that state which would create a public safety department with traffic monitors who would enforce moving infractions. Proponents of the bill claim transferring enforcement of civil traffic laws to a nonpolice agency would decrease police encounters on the road and still protect drivers and pedestrians.

Are traffic stops just a pretext for random criminal investigations?

In North Carolina, police make about a million traffic stops per year. According to Frank Baumgartner, a political science professor at the University of North Carolina, about half of those stops are not related to safety.

He said that he thinks stopping a driver because of an equipment violation or broken taillight or equipment does little for safety. And it comes with a cost in terms of public trust and confidence in the police.

Baumgartner, co-author of “Suspect Citizens: What 20 Million Traffic Stops Tell Us About Policing and Race,” says another concern is the use of traffic stops as a pretext for further investigations.

“The difficulty people are having is that a traffic stop is not really a traffic stop. It’s an opportunity for the police to do an informal criminal investigation,” he said. An analysis by Baumgartner and his colleagues shows that out of 20 million traffic stops in the state, only 2% led to arrests.

With those percentages, experts suggest, “police might as well be fishing.”

The strategy of investigatory stops has not affected crime rates, according to a recent study by the Policing Project at New York University’s School of Law. But it has served to alienate and harm those unjustifiably targeted for inspection. In fact, armed police enforcement of traffic laws may very well undermine the primary purpose of traffic stops: public safety.

Police and activists agree that these stops are fraught with danger for both police and citizens. Perhaps the solution is as easy as getting police out of the habit of pulling over people unless they needed to do so to protect the safety of others on the road.

Fayetteville, NC is one example where policy shift has lead to positive outcomes.

In 2013, Fayetteville Police Chief Harold Medlock made sweeping policy changes. The new policy minimized or avoided altogether stopping drivers for nonmoving violations such as equipment failures or expired registration. Chief Medlock said he believed the focus regarding motor vehicles should be on speeding, stop sign and stoplight violations, DWI and reckless driving — moving violations of immediate concern to public safety.

Less than two months before he took over as chief, a Fayetteville officer shot a man to death after an investigative traffic stop.

From 2013 to 2016, the effects of Medlock’s enforcement directions were easily measurable. Stops for non-moving violations went way down. Investigative stops went to zero all four years. Stops for speeding increased dramatically. In the preceding four years, 5,980 Black drivers had been searched. That number went down to 3,059 during Medlock’s four years as chief.

Meanwhile, traffic enforcement for moving violations such as speed or stop sign and red light violations jumped from 13,000 a year to 46,000 a year in four years.

Traffic fatalities decreased. So did uses of force, injuries to citizens and officers, and complaints against officers, proving wrong the predictions of critics that traffic safety would decline.

People of color are disproportionally stopped and searched.

Numerous studies have shown that Black and Hispanic drivers are disproportionately targeted for traffic stops, and once stopped are more likely to have their cars searched during the stop.

Black and brown drivers in America have long reported how often they get stopped for petty traffic or equipment violations: broken license plate lights, failure to signal, or other technical violations, all of which have little to do with traffic safety. Policies like the ones implemented in Fayetteville that enforce safety-related violations instead of non-moving violations could go a long way toward building trust between the police and citizens. Perhaps the police should be removed from enforcing traffic laws, altogether.