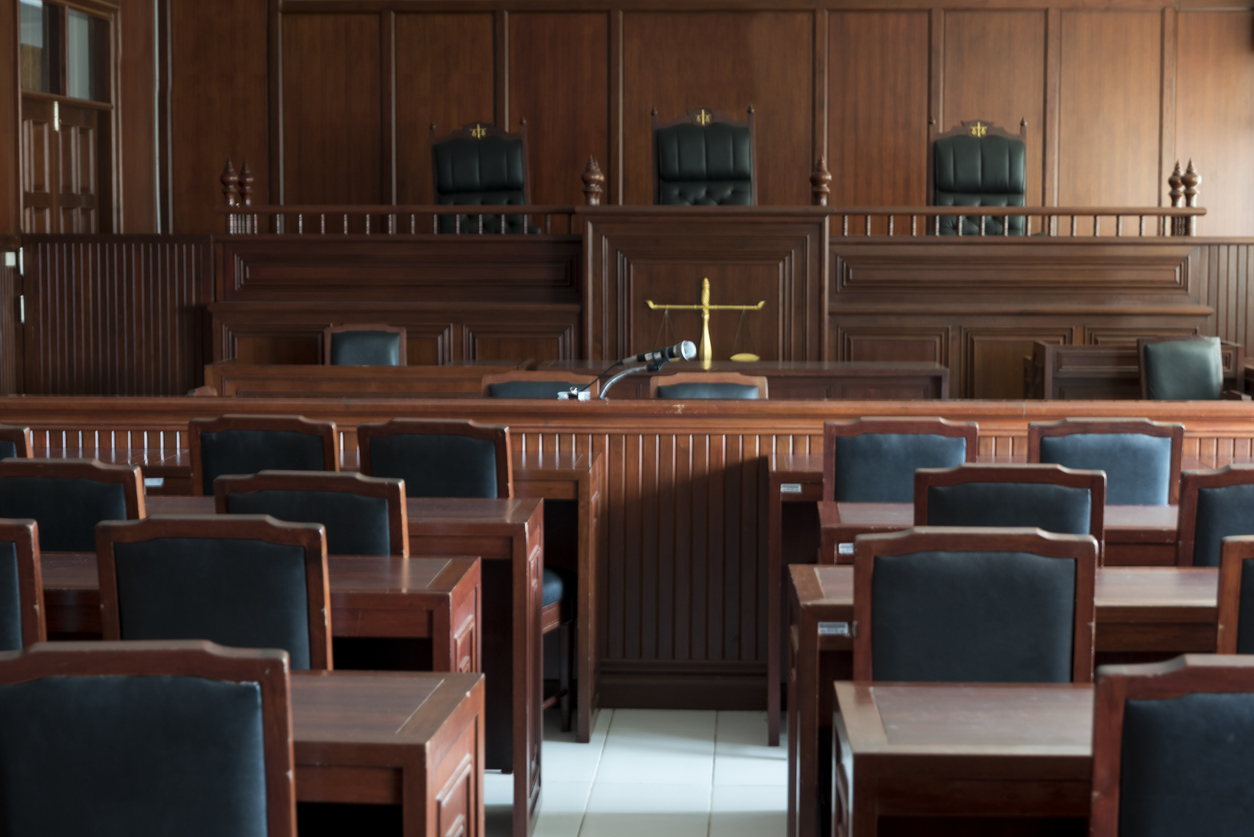 In Ramos v Louisiana, the United States Supreme Court addressed a straightforward but remarkably important issue: “[W]hether the Sixth Amendment right to a jury trial—as incorporated against the States by way of the Fourteenth Amendment—requires a unanimous verdict to convict a defendant of a serious offense.” The Ramos Court answered that question in the affirmative: “A jury must reach a unanimous verdict in order to convict.” Yet, according to the Supreme Court’s decision in Edwards v Vannoy earlier this month, people sitting behind bars because of unconstitutional nonunanimous jury verdicts should stay put. The reason why? Precisely the reason why nonunanimous juries are unconstitutional in the first place.

The Supreme Court issued its decision in Ramos v Louisiana on Apr. 20, 202o. That case arose out of a relatively unremarkable fact scenario. Prosecutors charged Evangelisto Ramos with a serious crime. He maintained his innocence, and his case eventually went to trial. Ramos could have gone to trial in any one of 48 states in the United States or even the federal court system. There, Ramos wouldn’t face punishment unless the jury reached a 12-0 guilty verdict. But Ramos’ case wasn’t in any of those 48 states or the federal system. It was in Louisiana, one of just two states that allows guilty 10-2 guilty verdicts to stand. (Oregon is the other. You can read more about the racist origins of both states’ laws here.)

And Ramos, like so many others, was found guilty by 10 of the 12 jurors. Stated differently, almost 20% of the jurors in Ramos’ case did not believe he was guilty beyond a reasonable doubt. Yet a jury convicted him anyway. As a result of the 10-2 conviction, a court sentenced Ramos to life in prison without the possibility of parole. As indicated above, however, the Supreme Court didn’t let Ramos’ nonunanimous jury verdict stand.

This was because, the majority opinion reads, “[a] jury must reach a unanimous verdict in order to convict.” In fact, during a time period where almost everyone disagrees about everything, this decision was one in which all nine judges completely agreed. Justice Neil Gorsuch, writing the majority opinion, recognized as much: “Not a single Member of this Court is prepared to say Louisiana secured his conviction constitutionally under the Sixth Amendment.”

One line in particular stands out from Justice Gorsuch’s majority opinion. “A verdict, taken from eleven, was no verdict at all.” (Citation and internal quotation marks omitted.)

Fast forward just one year and Ramos v Louisiana‘s landmark nature has ran directly into a roadblock. Edwards v Vannoy arises out of a practically identical fact scenario to the one in Ramos v Louisiana. Prosecutors charged Thedrick Edwards with serious crimes. He maintained his innocence, and his case eventually went to trial. Edwards could went to trial in any one of 48 states in the United States or even the federal court system. There, Edwards wouldn’t face punishment unless the jury reached a 12-0 guilty verdict. But, like Ramos’ case, Edwards’ case wasn’t in any of those 48 states or the federal system. It was in Louisiana.

In Edwards’ case, a jury found him guilty by an 11-1 vote on four counts. They also found him guilty by a 10-2 vote on four other counts. Like Ramos, Edwards faced a life-in-prison-without-parole sentence as a result of the nonunanimous jury verdict. As the Supreme Court had made clear in Ramos v Louisiana just one year earlier, however, such a nonunanimous verdict is unconstitutional. In fact, to use Justice Gorsuch’s phrase of choice, “[a] verdict, taken from eleven, was no verdict at all.” (Citation and internal quotation marks omitted.)

Yet this time around, the Supreme Court left Edwards behind bars anyway. According to the majority opinion, Ramos v Louisiana announced a new rule of criminal procedure. “And,” the Court held, “new rules of criminal procedure ordinarily do not apply retroactively on federal collateral review.”

The legal merit of the Supreme Court’s decision not to retroactively apply Ramos v Louisiana‘s rule of law prohibiting nonunanimous jury verdicts is complicated and debatable. Legal minds might disagree whether the requirement of an unanimous jury is a new procedural rule or a longstanding legal principle. They might also disagree whether the now-rejected “watershed” exception should apply to the right to an unanimous jury. These legal debates seem interesting. But other legal minds fully developed them elsewhere — including in the majority, concurring and dissenting opinions in Edwards v Vannoy.

The Court’s majority opinion is more troublesome than that, though. Justice Brett Kavanaugh, writing for the majority, emphasized a number of factors he believed would “seriously undermine[] the principle of finality which is essential to the operation of our criminal justice system.” (Citation and internal quotation marks omitted.)

For example, Justice Kavanaugh emphasized that “applying Ramos retroactively would potentially overturn decades of convictions….” He also emphasized that “conducting scores of retrials years after the crimes occurred would require significant state resources.” Finally, the Court’s second-newest justice emphasized the fact that retrying some defendants may be difficult or impossible “because of lost evidence, faulty memory, and missing witnesses.” (Citation and internal quotation marks omitted.)

Whether it’s appropriate to leave unconstitutional convictions in place solely because the costs outweigh the benefits (at least in the minds of six Supreme Court justices) is a debatable issue. It may well be that there is not a practical way in which all constitutional violations can lead to new trials. But, even giving the majority opinion the benefit of the doubt in that regard, Justice Kavanaugh’s additional explanation shows precisely why allowing nonunanimous jury verdicts to stand is so dangerous.

Justice Kavanaugh also emphasized one other reason: public safety. “When previously convicted perpetrators of violent crimes go free merely because the evidence needed to conduct a retrial has become stale or is no longer available,” he wrote, “the public suffers, as do the victims.” “Even when the evidence can be reassembled,” Justice Kavanaugh continued, “conducting retrials years later inflicts substantial pain on crime victims who must testify again and endure new trials.”

In fact, Justice Kavanaugh continued, that would be a problem in Edwards v Vannoy. “In this case,” he said, “the victims of robberies, kidnappings, and rapes would have to relive their trauma and testify again, 15 years after the crime occurred.” Indeed, Justice Kavanaugh goes to great lengths to unnecessarily describe the robberies, kidnappings, and rapes Edwards allegedly committed in his opinion.

But, to date, a jury has not constitutionally convicted anyone for those alleged robberies, kidnappings and rapes. Sure, a jury considered the charges against Edwards for those alleges crimes. Yet at least one member of that jury did not believe beyond a reasonable doubt that Edwards committed them. And, as the Supreme Court held in Ramos v Louisiana, “[a] jury must reach a unanimous verdict in order to convict.”

The Ultimate Result: Life in prison as a result of an unconstitutional trial.

When boiled down, the outcome reached by Justice Kavanaugh—and five other justices—is as alarming as it is simple.

The outcome? Edwards spends the rest of his life in prison. That’s where he stays despite the fact that no jury ever constitutionally convicted him of any of the charged crimes. That is the outcome that the Supreme Court has reached on the issue of nonunanimous juries. Are we okay with that?