The Unexpected Impact of Dobbs on Criminal Justice: Part I 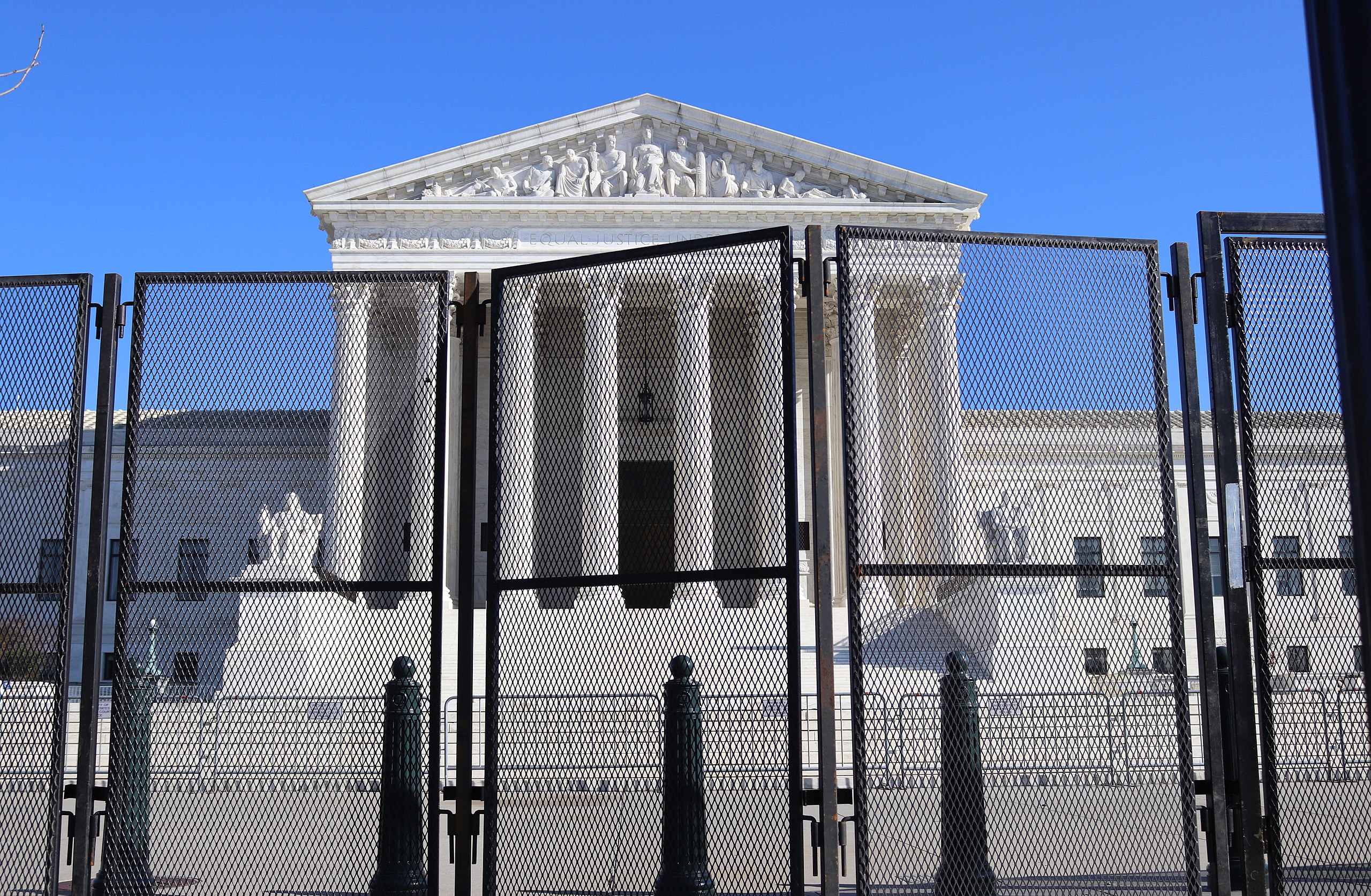 15 Aug The Unexpected Impact of Dobbs on Criminal Justice: Part I

A legal precedent is something that has the force of settled law. It is a court decision that has gained such wide-ranging acceptance that the legal community views it as foundational. That is why it was a major shock when the Supreme Court in Dobbs v Jackson Women’s Health Organization not only deemed the Mississippi law limiting women’s access to abortion constitutional but also overturned the 50-year precedent established in Roe v Wade, allowing states to now outlaw abortion completely in the process.

In fact, 14 states have laws banning or restricting abortions that immediately came into effect as soon as Roe v Wade was overturned. These so-called trigger provisions stripped women of their abortion rights in the blink of an eye. While the impact on women’s healthcare from the Dobbs ruling has been well known, what has not been reported is the far-reaching implications of Dobbs for justice-impacted people and the effect of Dobbs on the criminal justice system.

Now that the Supreme Court has overturned Roe v Wade by the slimmest of margins (5-4 with Chief Justice John Roberts concurring only in allowing the Mississippi law to stand but dissenting on the issue of overturning Roe), what is the future of other legal precedents? Keep in mind that four of the five justices in question stated under oath during their Senate confirmation hearings that Roe v Wade remained settled law, while noting the doctrine of stare decisis that gives significant weight to prior Supreme Court decisions.

For example, Justice Samuel Alito, who wrote the opinion in Dobbs, stated during his confirmation that “Roe v Wade is an important precedent of the Supreme Court. It was decided in 1973, so it has been on the books for a long time.” Justice Alito wasn’t alone in these sentiments.

Justice Brett Kavanaugh made a similar comment, describing Roe v Wade as “settled as a precedent of the Supreme Court, entitled to respect under principles of stare decisis.”

Justice Amy Coney Barrett made analogous comments as well, while noting that Roe is not a super-precedent like Marbury v Madison, which dates from the earliest days of the U.S.

Four of the five justices who voted to overturn Roe v. Wade called the case “important precedent,” “precedent” that has been “reaffirmed,” “settled as precedent” and “entitled to respect under principles of stare decisis.”

Overturning precedent is nothing new. For example, the Supreme Court overturned the racist decision in Plessy v Ferguson, which had held that creating separate facilities for the races didn’t violate the Constitution. However, when the Supreme Court overturned Plessy in Brown v Board of Education of Topeka in 1954, Chief Justice Earl Warren made sure that he got a 9-0 majority.

This was crucial because it made clear that precedent should only change in very rare instances. Chief Justice Roberts himself said, “I do think that it is a jolt to the legal system when you overrule a precedent. Precedent plays an important role in promoting stability and evenhandedness.” This is probably why he voted against overturning Roe. The Supreme Court in Dobbs seems to have turned things on their head.

A great deal of procedural protections for criminal defendants come from precedent-setting Supreme Court decisions, many of them dating back to the Warren Court. For example, the right to counsel in all criminal cases dates to 1963 from the precedent in Gideon v Wainwright. Miranda warnings also come from a Warren Court decision in 1966, Miranda v Arizona.

These have become such a part of the fabric of criminal procedure that they are second nature. We can’t watch a cop show on television or a crime drama in the movie theater without seeing at least one character hear his Miranda rights. But what happens if the Supreme Court decides that it can just overturn precedents by slim margins like in Dobbs?

In fact, we are already seeing this happen. In Vega v Tekoh, the Supreme Court under Justice Alito (again) limited Miranda rights by ruling that a police officer who fails to inform a suspect of their rights cannot face personal liability for this violation.

Similarly, the Supreme Court undermined the Fourth Amendment protection from unreasonable searches and seizures in Bivens v Six Unknown Fed. Narcotics Agents, holding that such officers cannot cannot face personal liability for their misconduct that is violative of the Fourth Amendment.

The Supreme Court in Shoop v. Twyford limited the right to rely on the All Writs Act to enforce constitutional rights when filing petitions from inside jails and prisons. This was another 5-4 decision.

Finally in Andrus v Texas, the Supreme Court refused to grant relief to a defendant who cited his Sixth Amendment Right to effective counsel in a criminal case, undermining the Gideon precedent. These cases call into question whether the current Court will respect any criminal justice precedent set by prior Supreme Court decisions.

Women in the 14 states that have already outlawed or severely restricted the right to an abortion are feeling the immediate impact of Dobbs. It is now illegal for women in South Dakota, Wisconsin, Texas, Oklahoma, Missouri, Arkansas, Louisiana, Mississippi, Alabama and Kentucky to get an abortion, in many cases even if they are the victim of rape or incest, or will have their lives or health threatened if they attempt to carry the pregnancy to term. Indiana recently voted to join this list, increasing the number to 15. Four other states, Ohio, Tennessee, Georgia and South Carolina, have limited abortions to only the first six weeks of a pregnancy.

The Supreme Court’s decision in Dobbs has already forced a woman to travel from Tennessee to Georgia for a life-saving abortion and a 10-year-old rape victim to travel from Ohio to Indiana. Each faced the threat of criminal investigation.

We are already seeing the impact of these laws on women’s healthcare. The New York Times chronicled the saga of a woman in Tennessee who had to incur the cost and expense of traveling to Georgia for an abortion. In her case, she wanted to go through with the pregnancy when her doctor discovered that the fetus suffered from encephalocele and lacked a skull. It was leaking brain matter into the umbilical sac, creating the danger of the mother dying from sepsis. According to the CDC, this condition occurs in 1 out of every 10,500 pregnancies and often requires the termination of the pregnancy to save the mother’s life. This is now illegal in the 14 states that ban abortions, including Tennessee where the woman in question lives.

Another case covered by the Washington Post involved a 10-year-old rape victim in Ohio who traveled to Indiana to have an abortion. The Republican Attorney General of Ohio first claimed this case was a hoax, a claim echoed by many in the conservative media. When proven true, other conservatives doubled down by denying that a rape occurred (ignoring the fact that any sexual relations with a 10-year-old constitutes statutory rape). Finally, the Republican Attorney General of Indiana demanded an investigation into the Indiana doctor until she demonstrated that she followed all proper medical procedures for giving an abortion to a minor in her state. The doctor has filed suit against the Indiana Attorney General for defamation.

States like Texas have responded by authorizing prosecutors to prosecute Texans who seek abortions in other states or help others do the same, leaving medical professionals apprehensive to cross state lines for fear of arrest.

These two cases present numerous criminal-justice issues raised by Dobbs. Now that we have states that have banned abortions and ones that have not, we find ourselves with a patchwork quilt of laws that resembles the pre-Civil War United States with its free and slave states. While many will argue that the situation from Dobbs simply returns us to a pre-Roe world, this is simply not the case, especially when it comes to the criminal justice system.

The current laws in places like Texas allow the state extraterritorial jurisdiction over women from Texas who seek abortions in other states and those who facilitate this action. Based on the actions of the Ohio Governor, it is not inconceivable that we will see a healthcare worker in a free state facing criminal charges or civil penalties in an anti-abortion state for assisting a woman from that state in terminating her pregnancy.

What’s Next For Criminal Justice After Dobbs?

All Dobbs has done is increase the potential for criminal law cases against women and their healthcare providers. The extraterritorial aspects of many of the anti-abortion statutes have made this increasingly probable. In addition, the impact on women living in poverty cannot be understated. In future articles, we will explore how Dobbs will adversely affect the lives of justice-impacted people in very specific ways. We will also look at how Dobbs could worsen the issues facing LGBTQ individuals, including transgender healthcare and marital freedom, each of which were threatened in Justice Clarence Thomas’s concurrence in Dobbs.