What Interpreting A Statute As Written Really Looks Like 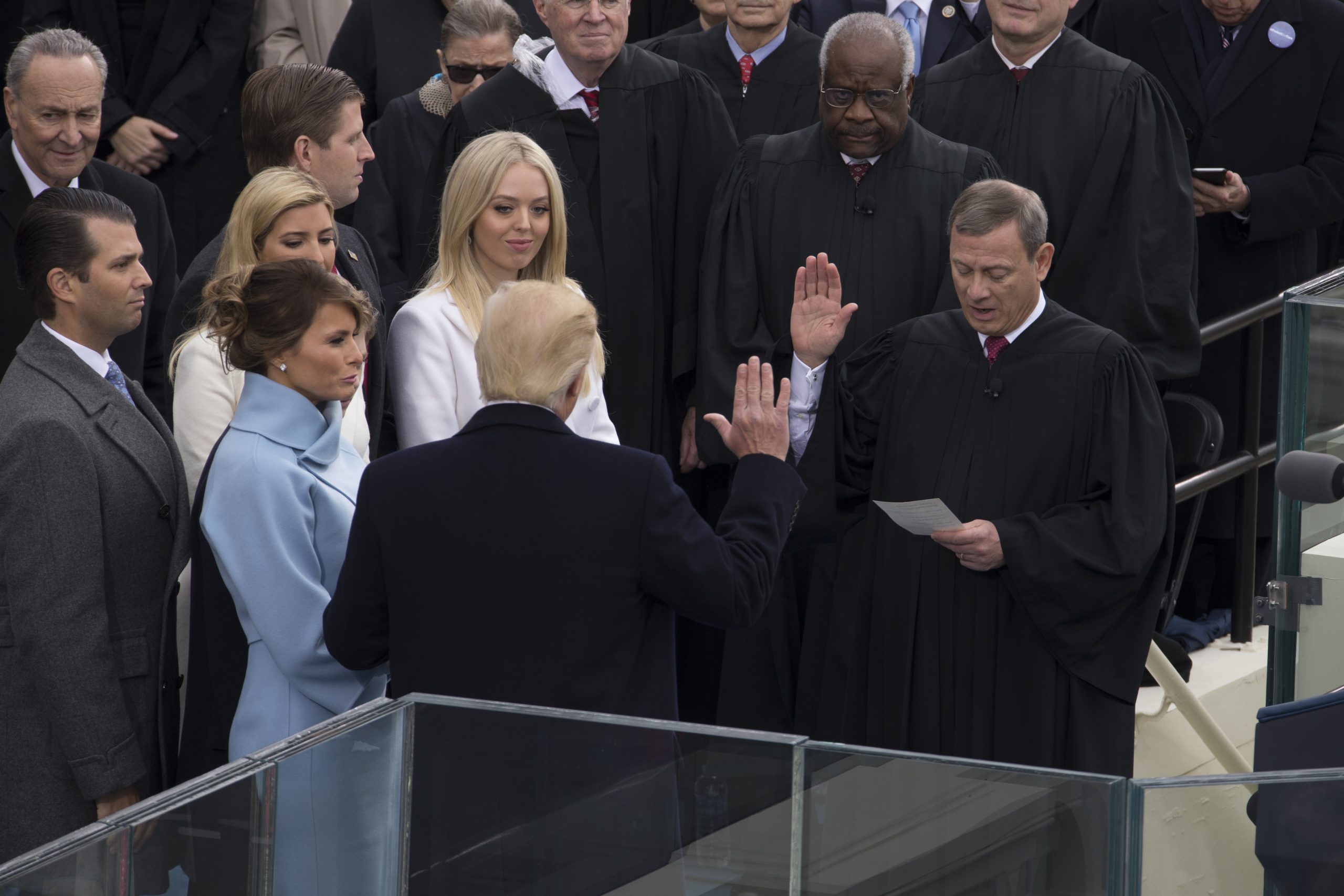 23 Jun What Interpreting A Statute As Written Really Looks Like

The Supreme Court of the United States has always maintained power with hard-to-see limits. Yet its power has made its way into more and more headlines in the days and months leading up to what most believe will be a decision (similar to the leaked draft opinion by Justice Samuel Alito) in Dobbs v Jackson Women’s Health Organization officially overruling Roe v Wade and the pro-choice protections it’s known for. (It’s arguable that the Supreme Court has already unofficially overturned Roe v Wade.) In that opinion, like so many others, the narrative will focus on the role of judiciary. Judges are responsible for interpreting the constitution or a statute as written, commenters will say. Not deciding or weighing in on policy.

The logic behind these comments isn’t bad. In fact, it’s quite good. Organizations like the right-wing Federalist Society, for example, define this as their very purpose. According to its website, the Federalist Society “is founded on the principles that the state exists to preserve freedom, that the separation of governmental powers is central to our Constitution, and that it is emphatically the province and duty of the judiciary to say what the law is, not what it should be.”

But, in reality, most judges have a hard time simply saying what the law is, not what it should be. It’s hard to imagine a better example of that than Chief Justice John Roberts’ majority opinion from earlier this week in Shoop v Twyford. Chief Justice Roberts’ roots trace back to the chambers of the late Chief Justice William Rehnquist, which has been referred to as “a Federalist Society before there was a Federalist Society.” Yet even those roots couldn’t stop him from doing more than simply saying what the law is.

The Supreme Court’s decision in Shoop v Twyford arises out of an unremarkable decision by a United States District Court. The U.S. District Court granted a prisoner’s request for transportation from prison to the official prison hospital for neurological testing. In the early 1990s, Raymond A. Twyford, III, confessed to a laundry list of crimes in Ohio. After his conviction, Twyford pursued appellate and post-conviction relief. But, like almost everyone else who challenges a criminal conviction, he was ultimately unsuccessful.

Again, like almost everyone else, Twyford turned to the federal-court system for habeas relief after his efforts in state court proved unsuccessful. As Chief Justice Roberts notes in the court’s majority opinion, Twyford’s habeas case languished in federal court for decades with little to no progress. (And you can confidently assume that had this delay been attributable to Twyford, as opposed to the federal-court system itself, Chief Justice Roberts would have certainly mentioned it. But he did not.)

In any event, Twyford eventually made a relatively common and unremarkable request. He asked that the court enter an order authorizing transportation for him. His destination? He wanted to go to what Justice Stephen Breyer describes as the “official prison hospital” for his facility. Had it been possible to do the testing at the prison itself, Twyford asserted, he would have done it there. But, because it wasn’t, Twyford needed transportation to the official prison hospital for the testing. Once the testing was done, Twyford said, he’d know whether it supported his habeas petition.

The All Writs Act is a straightforward federal law you’ve probably never heard of.

The U.S. District Court granted Twyford’s request, relying on the All Writs Act to do so. The All Writs Act is a two-sentence federal law you can find at 28 U.S.C. § 1651. It’s short and simple. The first sentence, subsection (a), couldn’t be clearer: “The Supreme Court and all courts established by Act of Congress may issue all writs necessary or appropriate in aid of their respective jurisdictions and agreeable to the usages and principles of law.” How straightforward is that?

The second sentence, subsection (b), is murkier: “An alternative writ or rule nisi may be issued by a justice or judge of a court which has jurisdiction.” That’s not as clear. But it also has nothing to do with Shoop v Twyford. So, we don’t really have to worry about that. Instead, we’re left with just one sentence of federal law: “The Supreme Court and all courts established by Act of Congress may issue all writs necessary or appropriate in aid of their respective jurisdictions and agreeable to the usages and principles of law.”

As Justice Neil Gorsuch wrote in the Supreme Court’s majority opinion in a case called Bostock v. Clayton County not too long ago, “[t]he people are entitled to rely on the law as written, without fearing that courts might disregard its plain terms based on some extratextual consideration.” So, you tell me: What does the All Writs Act mean? When you read that “all courts … may issue all writs necessary or appropriate in aid of their respective jurisdictions and agreeable to the usages and principles of law,” do you think that allows a court to issue a writ to provide transportation like the one in Twyford’s case? If your answer is yes, then that’s all a judge should do: “say what the law is….”

According to Chief Justice Roberts, there’s a lot more to the All Writs Act than its words.

With such a simple law at issue, you’d think the Supreme Court’s decision might be simple, too. It’s not. In fact, it doesn’t even address the words Congress actually used in the All Writs Act at all. Instead, it turns to the Antiterrorism and Effective Death Penalty Act of 1996, a federal law known as AEDPA. You might have heard of AEDPA before. AEDPA is one of those mid-90s “tough on crime” laws. Former President Bill Clinton signed AEDPA just a year after Timothy McVeigh blew up a federal building in Oklahoma.

On paper, AEDPA’s purposes sound great. “To deter terrorism, provide justice for victims, provide for an effective death penalty, and for other purposes,” the law says. No one in their right mind would push back against those admirable purposes. In reality, however, AEDPA’s purposes were much different. The actual purposes, originally, seemed better left unsaid. But it didn’t take long for government officials to start saying them without a second thought. In Woodford v Garceau in 2003 and again in Rhines v Weber in 2005, for example, the Supreme Court didn’t think twice before discussing how AEDPA’s aim was to “reduce delays in the execution of state and federal criminal sentences, particularly in capital cases.”

Wait, you’re thinking, what does AEDPA have to do with the All Writs Act or this case? After all, this wasn’t even a capital case, i.e., one in which the death penalty was on the table. According to Chief Justice Rehnquist and the Supreme Court’s majority, a U.S. District Court cannot issue a writ under the All Writs Act until a prisoner can satisfy AEDPA’s requirements first — even though AEDPA doesn’t even mention the All Writs Act. For Twyford, this meant that he needed “to show that the evidence he hoped to find would be useful to his habeas case” before the Court could issue a writ allowing him to test for that evidence.

It’s okay if you think the policy behind this choice is a good one. But who makes that choice?

If you think choosing to require a litigant to prove that evidence will be useful in a habeas case before authorizing them to test for it is a good policy, you’re probably not alone. In fact, you’re probably in the same boat as all the lawmakers who originally supported AEDPA. And there are likely a lot of judges and their staff with overflowing caseloads that feel the same. Indeed, prohibiting courts from exercising their authority to issue writs under the All Writs Act until litigants overcome the statutory hurdles thrown into other statutes might make a lot of sense.

But where does the law say that? You’ll recall “that it is emphatically the province and duty of the judiciary to say what the law is, not what it should be.” But where are those words in the All Writs Act? Certainly Congress knew that other laws with procedural requirements existed when it passed the All Writs Act. Yet it chose not to defer to those requirements in the statutory language it chose.

As Justice Sonia Sotomayor wrote in the Court’s majority opinion in National Association of Manufacturers v Department of Defense in 2018, the Supreme Court can’t simply rewrite Congress’s words: “Of course, those are not the words that Congress wrote, and this Court is not free to ‘rewrite the statute’ to the Government’s liking.”