The Unexpected Impact of Dobbs on Criminal Justice: Part III 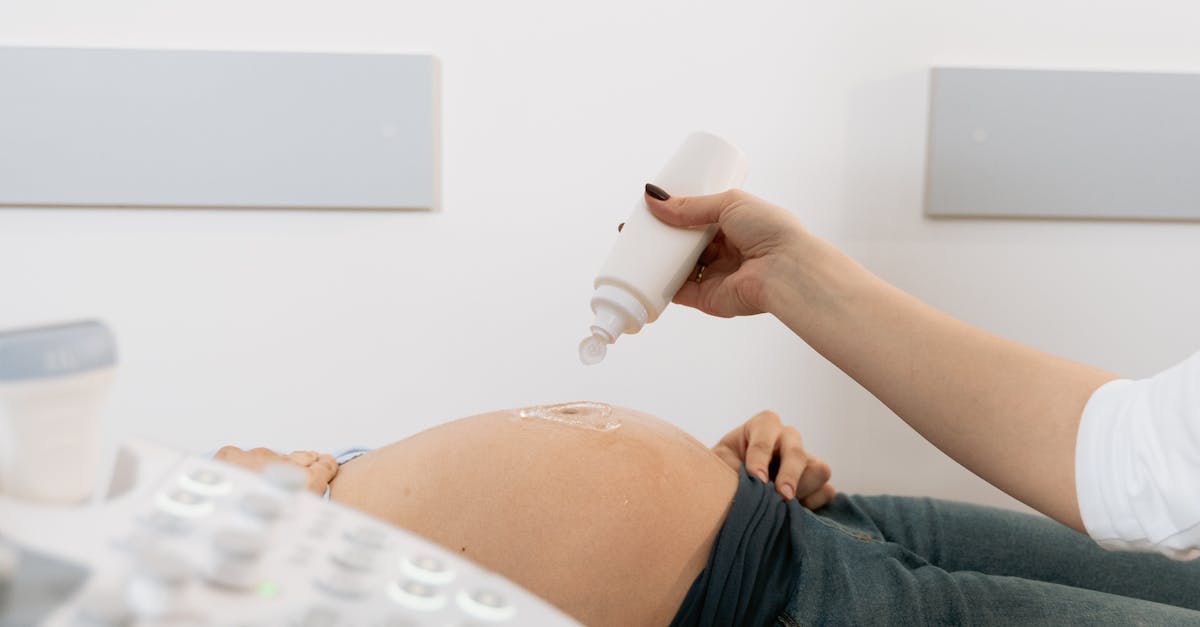 George Carlin used to joke that you can pick your friends and pick your nose but can’t pick your friend’s nose. This comedic approach to social mores seems to apply to pregnancy in America today. It is perfectly legal for a woman to get pregnant, regardless of her marital situation. It is also perfectly legal for anyone over 18 to smoke tobacco and anyone over 21 to drink alcoholic beverages. In many states, it is no longer illegal to smoke marijuana or in some cases to use other recreational drugs. However, in post-Dobbs America, many states are making it a crime for a pregnant woman to engage in many of these activities.

Many of these states are willing to prosecute and incarcerate women for child abuse based solely on substance use during pregnancy (even though prisons and jails often can’t prove adequate healthcare to pregnant women). They also require healthcare providers to act as mandatory reporters, mandated by law to inform law enforcement of substance abuse by pregnant patients. As a result, healthcare providers are concerned that women with substance abuse issues will avoid getting necessary prenatal care for fear of arrest and prosecution.

Most reasonable people want to make sure that pregnant women and their babies are healthy. But we have to ask ourselves whether criminalizing certain conduct for pregnant women will actually help. Will these moves being made by state legislatures and prosecutors emboldened by Dobbs actually do more harm to pregnant women than good?

States have increasingly liberalized marijuana laws over the past few decades.

According to the Drug Enforcement Administration (DEA), marijuana is a Schedule 1 drug under the Controlled Substances Act. The DEA considers it to have a high potential for abuse. It also means that the DEA views marijuana as having no medical use for treatment. Nevertheless, beginning in 1996 in California, more and more states have permitted the use of marijuana for medicinal purposes.

This entails a physician prescribing medical-grade marijuana to a patient for treatment of such conditions as glaucoma, nerve pain and side effects of cancer. Dispensaries provide medical marijuana in a number of ways, such as capsules, sprays, oils, lozenges, ointments, patches and even smoking.

Today, medical marijuana is legal in 39 states and the District of Columbia. Five states permit the use of CBD (cannabidiol) for medical purposes. That leaves only six states that do not permit any form of medical marijuana: Alabama, Idaho, Nebraska, North Carolina, Tennessee and Wyoming.

In addition, 20 states and the District of Columbia have even gone a step further, legalizing the sale and use of recreational marijuana. On Oct. 7, 2020, President Biden pardoned thousands of people who had been convicted of violating federal marijuana possession laws. This has all come despite the continuing opposition of the DEA to the use of marijuana in any form.

There is a relationship between substance abuse and at-risk pregnancy.

Studies that have found a nexus between the use of certain substances and an increased risk of birth defects. This has included such illegal drugs as methamphetamine, heroin, cocaine and LSD. It also includes perfectly legal things like alcohol, cigarettes and caffeinated foods and beverages.

Still, there haven’t been any studies showing that marijuana use by pregnant women increases the chances of birth defects. Nevertheless, marijuana use may increase the risk of premature birth, low birth weight, stillbirth and body size.

In general, pregnant women should try to avoid using any of these substances. While federal law prohibits the use of controlled substances, it does not prohibit pregnant women from drinking alcohol. There are no prohibitions againt the use of tobacco or the consumption of caffeinated foods and beverages by pregnant women.

A number of states have made it illegal for women to consume drugs or alcohol during their pregnancy. For example, 24 states and the District of Columbia consider proof of substance use during pregnancy to be grounds for a finding of child abuse. Of these, three states, Minnesota, South Dakota, and Wisconsin, consider such usage to be grounds for civil commitment. A woman who uses drugs during her pregnancy can be incarcerated for up to the birth of the child. She will then probably face criminal charges during or after the birth as well as losing custody of the child.

Interestingly enough, no state currently outlaws the use of tobacco products by pregnant women. This seems to ignore the science. Smoking cigarettes appears to be more detrimental to the health of the fetus than the use of many other substances. This includes marijuana. This fact may reflect the power of the tobacco lobby in American politics. It also calls into question the motives of legislators and prosecutors who are seeking to criminalize drug and alcohol usage by pregnant women.

Oklahoma is arguably one of the most aggressive states in the country on this issue.

Oklahoma does not have any such law on the books. However, in 2020, the Oklahoma Court of Criminal Appeals ruled that women can be charged with child neglect for using drugs during pregnancy. This felony carries a possible life sentence if the woman is convicted. As a result, Oklahoma has charged over 26 women with felony child neglect, most for using marijuana during their pregnancy.

One woman is facing manslaughter charges after she suffered a miscarriage. The prosecution claims this was caused by her use of methamphetamine. However, the state’s medical examiner did admit that there were complications with the placenta and the fetus had a congenital abnormality. This has happened despite the lack of any objective findings that marijuana causes birth defects.

But eight other states have pushed back against this trend. They have limited the entry into evidence of medical tests that show a fetus may have been exposed to alcohol. The eight states are concerned that allowing such evidence to be used in a prosecution will have a chilling effect on women seeking necessary prenatal and postnatal care for themselves and their children.

After Dobbs, this isn’t just between a pregnant woman and her doctor.

There was a very revealing moment in the recent Pennsylvania Senatorial Debate on this point. The moderators asked Dr. Mehmet Oz, the Republican nominee and a board certified surgeon, about his position on the rights of pregnant women after Dobbs. Dr. Oz replied, “I want women, doctors, local political leaders, letting the democracy that’s allowed our nation to thrive to put the best ideas forward so states can decide for themselves.”

This position seems to put local political leaders into the hospital alongside physicians when they are assisting pregnant women in making healthcare decisions. Unfortunately, when that occurs, we run the risk that women will avoid dealing with healthcare providers for fear that it could lead to criminal liability.

Currently, 25 states and the District of Columbia require physicians and other healthcare workers to report cases of substance use in pregnant women to local authorities. Seven of these states mandate testing for drug use during pregnancy. One more state, Indiana, also requires this testing but does not have mandatory reporting.

Some of the leading healthcare organizations have pushed back against the practice of criminalizing substance use by pregnant women. This has included the March of Dimes, the American Medical Association, and the American College of Obstetricians and Gynecologists. They view such prosecutions as counterproductive, leading to women avoiding the treatment they need for themselves and their fetuses.

The American College of Obstetricians and Gynecologists states that “clear evidence exists that criminalization and incarceration for substance use disorder during pregnancy are ineffective as behavioral deterrents and harmful to the health of the pregnant person and their infant.” This organization goes on to recommend self-reporting on the part of the mother as well as removing negative consequences. If the goal is to protect the life of the mother and child, then states should refrain from such prosecutions.

Where does Dobbs leave us on pregnancy and substance abuse?

The Supreme Court’s theory behind the Dobbs decision is that there is no constitutional right to abortion for pregnant women. As a result, states have the absolute right to regulate and even abolish such practice. So far, 13 states that have taken the step, claiming a right to protect the life of the unborn child.

This has empowered prosecutors and legislatures when it comes to substance use and pregnancy. Prosecutors in these states have taken a more aggressive stance against pregnant women who use alcohol or controlled substances. They will have refrained from prosecuting pregnant women who smoke cigarettes. This ignores the strong evidence linking tobacco to birth defects and complications. It is unlikely that politicians in these states will bite the hand that feeds them from the Tobacco Lobby. This exposes them to claims of hypocrisy in their actions.

Oklahoma has made the strongest moves to day. This state has one of the most restrictive abortion laws after Dobbs, banning the practice for pregnant women at the point of fertilization. Oklahoma also does not provide exemptions for rape, incest or the health of the mother.

Women are going to face increased scrutiny and criminal liability when they become pregnant after Dobbs. The 24 states that criminalize substance use and 20 states that criminalize alcohol use by pregnant women claim that they are doing so to protect the women and their infants. However, the arguments of groups like the American College of Obstetricians and Gynecologists and the March of Dimes seem quite persuasive. These laws and prosecutions harm the goal of protecting the health of the mother and child. If we follow Dr. Oz’s advice and put a public official in the room with a pregnant woman and her obstetrician, we run the risk of actually doing more harm than good.