Bills Born From Controversial “Back the Blue Act” Advance In Iowa 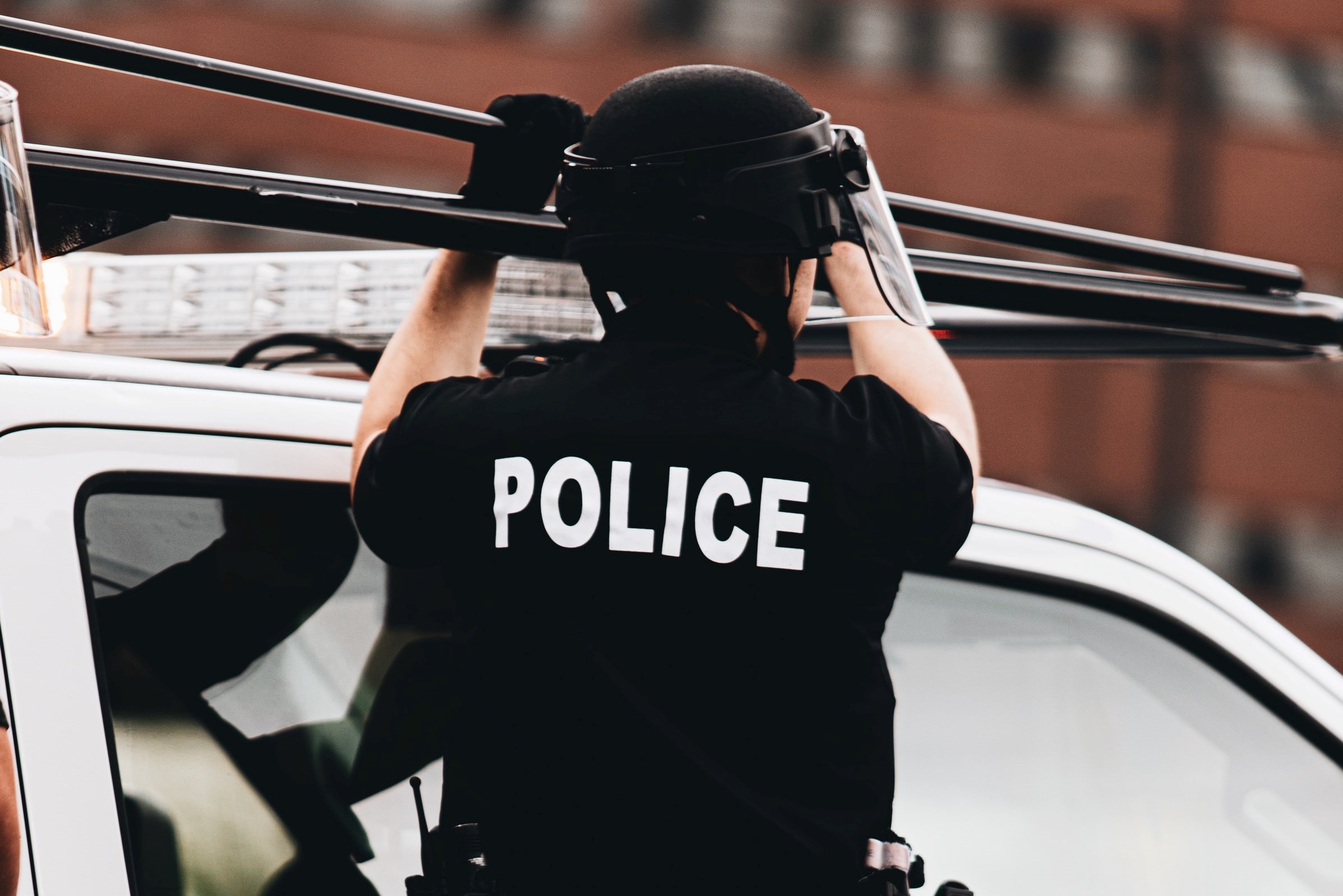 In February of this year, Iowa Governor Kim Reynolds proposed the “Back the Blue Act.” Introduced as Senate Study Bill 1140, the bill would make a number of new protections for police in the state and criminalize some forms of protest. However, the bill also included a ban on racial profiling and a new requirement to document racial data in traffic stops.

The “Back the Blue Act” received opposition from both civil rights groups and police associations. As a result, lawmakers broke the bill down into a trio of bills. These bills mirror similar police protection legislation in Georgia. Most of the legislation from SSB 1140 made it into Senate Files 479, 534 and 476. One key piece, however, did not.

One component of the “Back the Blue Act” would have denied state funds to Iowa counties and cities that decreased budgets for law enforcement. That became the basis for Senate File 479.

Under the bill, there are only a few specific reasons why a “local entity” would be able to decrease its law enforcement budget. Those include if

Each of the state’s 31 Republican senators voted in favor of the bill. Ten Democrats voted to approve the bill as well, while seven voted against it.

One of those who opposed was Senator Herman Quirmbach (D-23). “Nobody in this body wants to defund the police, but let’s take a more intelligent and thoughtful approach here,” said Quirmbach. “Don’t hamstring city governments in ways that remove the incentive for innovation.”

Republicans defended the bill on public safety grounds. “We need law enforcement to keep us safe,” said Sen. Chris Cournoyer (R-49). “We need to appreciate them and ensure that they have the resources and support they need.”

Senate File 534 increases the penalties for several forms of protest.

Another component of Reynolds’ “Back the Blue Act” was a section that increased legal penalties for several forms of protest in Iowa. It called for elevating the penalty for obstructing any “street, sidewalk, highway, or other public way” to a Class “C” Felony. Under Iowa state law, a class “C” felony is punishable by up to 10 years in prison.

These provisions all made it into Senate File 534. But Republican lawmakers also made several additions. One of those is a mandatory 24-hour hold for people arrested for any of the aforementioned crimes. “That’s why we’ve got these provisions that we’ve got in this bill … to make the penalties enough that people will think twice about them,” Garrett said. “We need people to obey the law.”

Senate File 534 would also protect drivers who hit protesters with their cars.

The bill would also create a new section of Iowa code to deal with drivers who accidentally hit protesters blocking the road. If a driver is “exercising due care” when they hit and injure a protester, that driver will be immune from civil liability for those injuries. This was not included in the “Back the Blue Act.”

During the debate process, Senate Democrats suggested an amendment to the bill that would have required someone to be arrested twice before the mandatory 24-hour hold kicked in.

Senator Kevin Kinney (D-39) proposed the amendment. “I just think we have to look and use some common sense in how we are forming this piece of legislation so we are fair to these people,” he said.

Kinney’s amendment failed by a 17-31 vote. Then, the Senate voted to pass the bill by that same 31-17 margin. In offering his support for the bill, Senator Julian Garrett (R-13) said the “reasonable penalties” could serve as a useful tool for law enforcement. He said the new laws could “discourage people from the kind of activity that we saw here and all over the country last summer.”

One provision in the “Back the Blue Act” would have given police officers in Iowa the right to file a civil suit against any person who filed a false report against an officer. This provision became the foundation for Senate File 476.

However, lawmakers attached several other important provisions to the bill. It establishes qualified immunity under state law. In addition, it would allow police officers to know the names of people who filed complaints against them. It would also allow them to know the contents of those complaints.

Unlike the others, Senate File 476 did not receive a vote in the Senate. It was marked as “unfinished business.” This allows legislators to debate the bill after formal deadlines.

These bills are essentially the “Back the Blue Act” minus any reforms to policing.

These bills are notable for what they do not include from the “Back the Blue Act” as much as what they do. This trio of legislation includes virtually everything from Gov. Reynolds’ proposed bill. What it lacks, however, is the only real policing reform that the governor’s original bill included.

The governor’s proposed ban on racial profiling and data collection of people’s races at traffic stops was never even assigned a meeting. It also didn’t make it into any other bill being considered either.

This trio of bills that came out of the “Back the Blue Act” make the threshold for what is considered a “riot” or “unlawful assembly” dangerously low. Senate File 534 defines a riot as three or more people making a loud noise that disturbs someone. It feels like a teenager’s garage band could count as a riot under this new law. Could the members of that band could be charged with class D felonies? If that’s truly the case, these blatant restrictions on free assembly would seem to be at odds with the First Amendment.

But the Iowa House will vote on Senate Files 479 and 534 in the near future. And there is still a chance Senate File 476 could make it to a vote in this session. Given the 59-to-41 makeup of the House in favor of Republicans, it is likely that the first two will pass. If they do, Gov. Reynolds, who pushed the original “Back the Blue Act,” would almost certainly sign them into law.

After that, a wave of legal challenges from civil rights organizations would be sure to follow.