Amidst Nationwide Reform, Georgia Lawmakers Are Protecting the Police 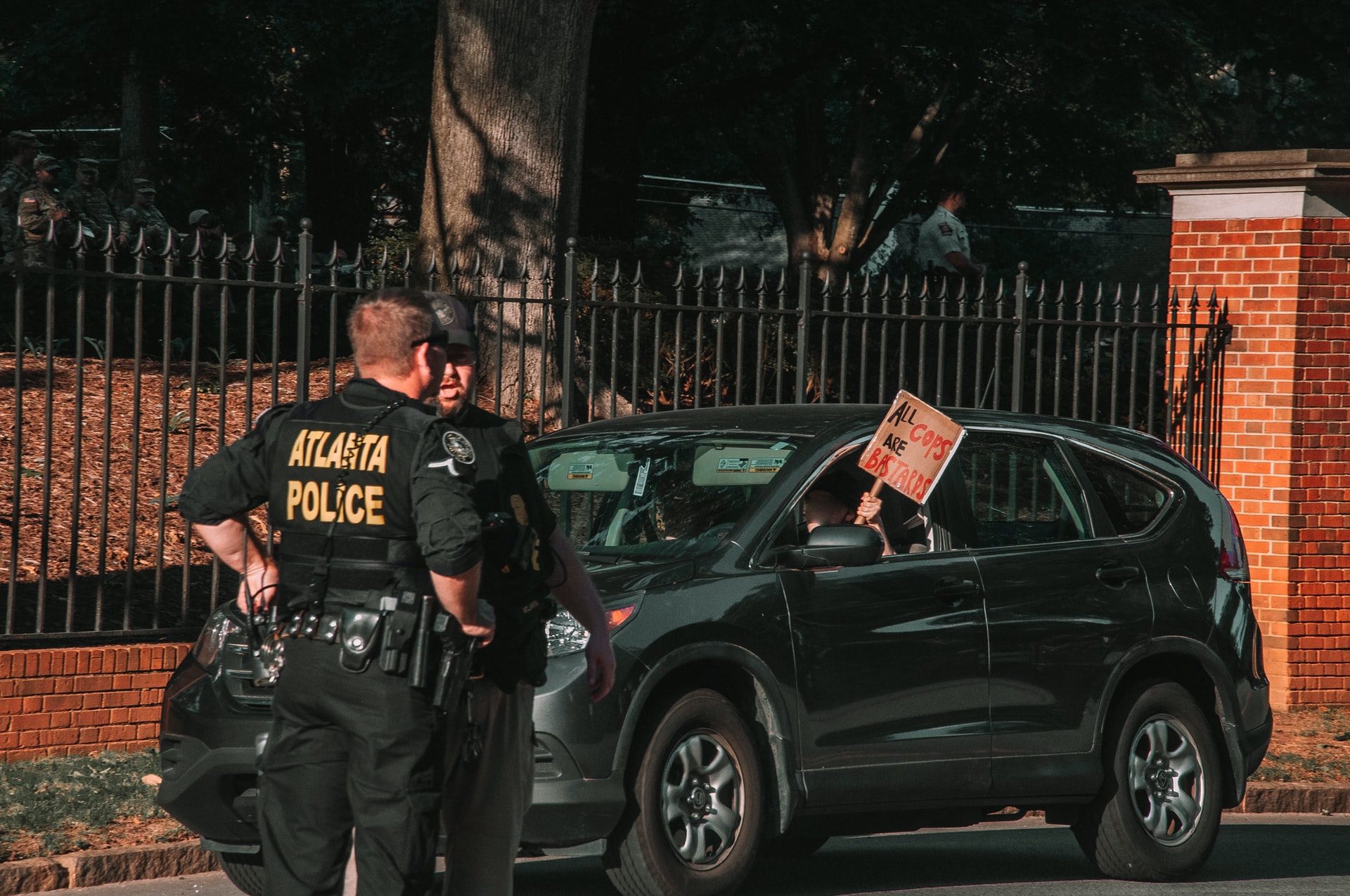 12 Apr Amidst Nationwide Reform, Georgia Lawmakers Are Protecting the Police

During the summer of 2020, activists took to the streets to demand reforms to policing across the country. Now, in 2021, some states have answered by passing a wave of criminal justice reform measures. But GOP lawmakers in Georgia have responded to calls for reform by pushing new bills that would protect police budgets, criminalize certain protests and shift responsibility for police misconduct onto citizens.

GOP Representatives in Georgia voted to block any attempts to reform police budgets.

One of the rallying cries of last summer’s protests was a call to defund the police. Instead of continuing to flood police budgets with money, advocates pushed governments to fund other local outreach programs instead. Several cities responded by cutting police budgets and shifting resources to these other programs.

San Francisco, for example, saw city officials pledge to move $120 million from police to health and workforce training programs over two years. Austin, Minneapolis, Seattle, Portland (OR), Baltimore, Philadelphia and several others have all agreed to make similar cuts. But under a new Georgia bill, Atlanta will not be one of those cities. Nor will any other locality in the state.

On Mar, 25, Senators voted to pass HB 286 by a 36-15 margin. After the House agreed to changes from the Senate on Mar. 31, it appears that the bill will pass there as well. If passed into law, the bill would prohibit local governments from cutting police funding by more than five percent annually. It comes after two cities — Atlanta and Athens — tried but failed to change funding provisions in 2020.

Athens Republican Representative Houston Gaines sponsored the bill. In a statement, he took a highly partisan tone. “By outlawing any effort to defund the police, Georgia has put a stop to the liberal cities and far-left activists trying to enact their dangerous agenda across our state.”

A bill that would have made some forms of protest a felony failed.

While HB 286 is likely to become law, another GOP-backed bill will not. At least not in the current session. The Senate opted not to consider SB 171, which would have made some forms of protest a felony.

According to its summary, the bill would have “revise[d] the offense of unlawful assembly.” In effect, it would have enacted harsher penalties for some popular protest tactics such as blocking highways after police issued commands to disperse. Under the law, people convicted of such “unlawful assembly” would receive “enhanced penalties” of up to five years in prison and/or a fine of up to $5,000. The bill also would have also held localities liable if they allowed for property damage to occur at a protest.

In addition, the bill would have required that demonstrators ask for approval to hold protests. As written, it would require organizers to submit the names and contact information of protesters as well as security and first-aid plans.

Chris Bruce, a lobbyist with the American Civil Liberties Union of Georgia, cited concerns with the bill. “The First Amendment is vital to ensuring we have a free and fair democracy, but House Bill 289 tramples on and makes a mockery of the First Amendment,” he wrote.

The bill was introduced by Senator Randy Robertson (R-29). Before being elected to Georgia Senate, Robertson previously worked as a law enforcement officer in Oklahoma.

While Sen. Robertson’s protest bill didn’t come to a vote, another police-related bill he sponsored did — and nearly passed. The bill, SB 115, would have required state agencies to create educational materials to teach drivers “best practices” for interacting with law enforcement officers. It passed along party lines in the House before narrowly failing by a 23-26 margin in the Senate.

In February, Robertson defended the bill on the floor of the Senate. He suggested that the public’s lack of education is partly responsible for police misconduct. “I feel that a strong curriculum put throughout the state will reduce a lot of violence and a lot of confusion when citizens come in contact with law enforcement officers, especially during traffic stops,” said Robertson.

But critics of the bill said that it put its attention in the wrong place. “The focus should be on addressing racial profiling, the use of excessive force, and other systemic issues that poison the interactions between law enforcement and the civilians,” said Rep. Erica Thomas (D-39). “This is an unproductive way to connect with our communities that have a strained relationship with the police.”

Critics say SB 115 ignores the reality of police interactions in communities of color.

Robertson claims that the bill aims simply to educate Georgians on police protocols. “I’m sure it will not only save lives but go a long way in rectifying certain issues related between law enforcement and citizen relationships,” he said.

Others disagree. Senate Democratic Leader Gloria Butler (D-55) voted against the bill. She said she did so because it doesn’t address racial disparities in police interactions. Nor does it do anything to reform police issues in Georgia. “Profiling is still a thing,” said Butler. “I think if everything was equal, if everybody was treated across the board the same way, we wouldn’t be thinking about instructions for how to interact with the police.

State Representative Bee Nguyen (D-89) said that families in communities of color already discuss how to interact with police. “The reality is even if citizens do all the right things, it doesn’t guarantee that their lives won’t be unjustly taken by the hands of law enforcement, especially if you are a Black American,” she said.

Georgia isn’t the only state bucking the justice reform trends across the country.

Several of Georgia’s pro-police and anti-protests bills may have failed to become law. But they won’t be the last of their type. Similar efforts to prohibit funding changes for police are underway in North Carolina. Kentucky even went so far as to propose a bill that criminalized insulting the police.

Justice advocates have plenty to be excited about in 2021. The first quarter of the year has seen several states pass meaningful justice reform. But bills like SB 171 and SB 115 are a stark reminder that the reaction to social change can go in different directions, even if they don’t pass.