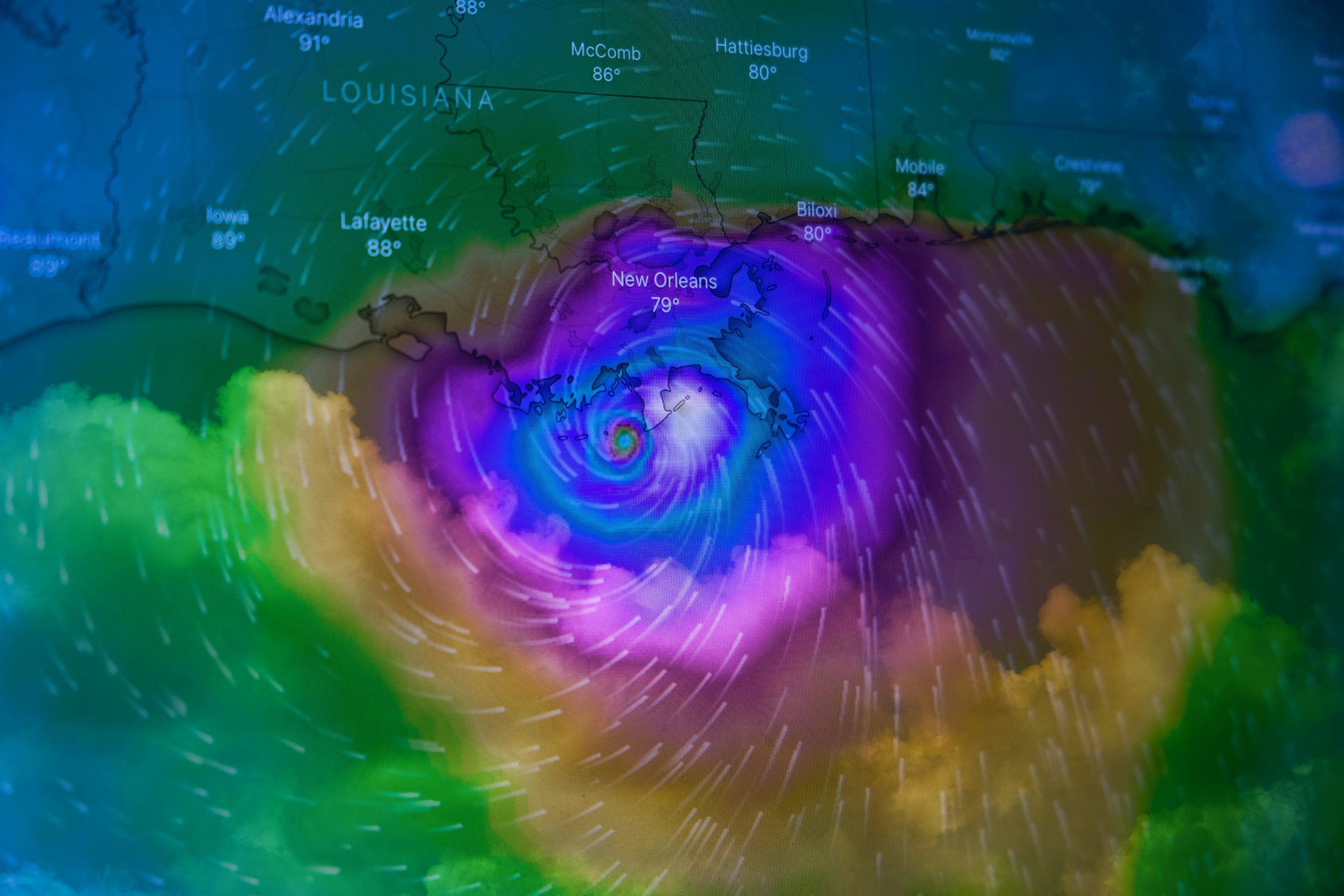 Hurricane Ida slammed Louisiana over the weekend. When the storm made landfall just before noon yesterday, it was a Category 4 storm with 145 mph winds. It took only a matter of hours before the entire city of New Orleans was without power. Even now that the storm has weakened, officials continue warning about dangerous storm surges, damaging winds and flash flooding.

Often overlooked in the devastating consequences of severe weather, though, is their impact on the criminal justice system. These effects can be even more devastating and last even longer than the ones you read about in the media. Unfortunately, when it comes to Louisiana, we know what to expect.

Louisiana’s public defense system doesn’t receive full funding from the state’s general budget. Instead, it largely relies on court fees from criminal convictions and traffic convictions to stay above the red. When police are arresting people and issuing traffic tickets, there’s a decent (but still inadequate) budget to provide for public defenders.

But when the number of arrests and traffic tickets fall, so does the quality of representation by already overworked and underfunded public defenders. The number of arrests and traffic tickets has already dropped off during the COVID-19 pandemic. And, now that law enforcement is turning its focus to Hurricane Ida and the damages it caused, that number is sure to drop off even further.

This kind of funding—known as a “user pay” system—is just not working. Louisiana is home to the highest incarceration rate in the world. You read that right: Considered by itself, Louisiana has the highest incarceration of any state or country in the world. And now, the thousands of people sitting in the state’s prison will be represented by attorneys who won’t even have time to meaningfully investigate their cases.

Instead, the court system has said, incarcerated people—people who can’t even get a lawyer with enough time and resources to help them in their criminal case—have to litigate their claims separately, leaving a system that’s failing thousands and not living up to numerous constitutional guarantees in place for the foreseeable future.