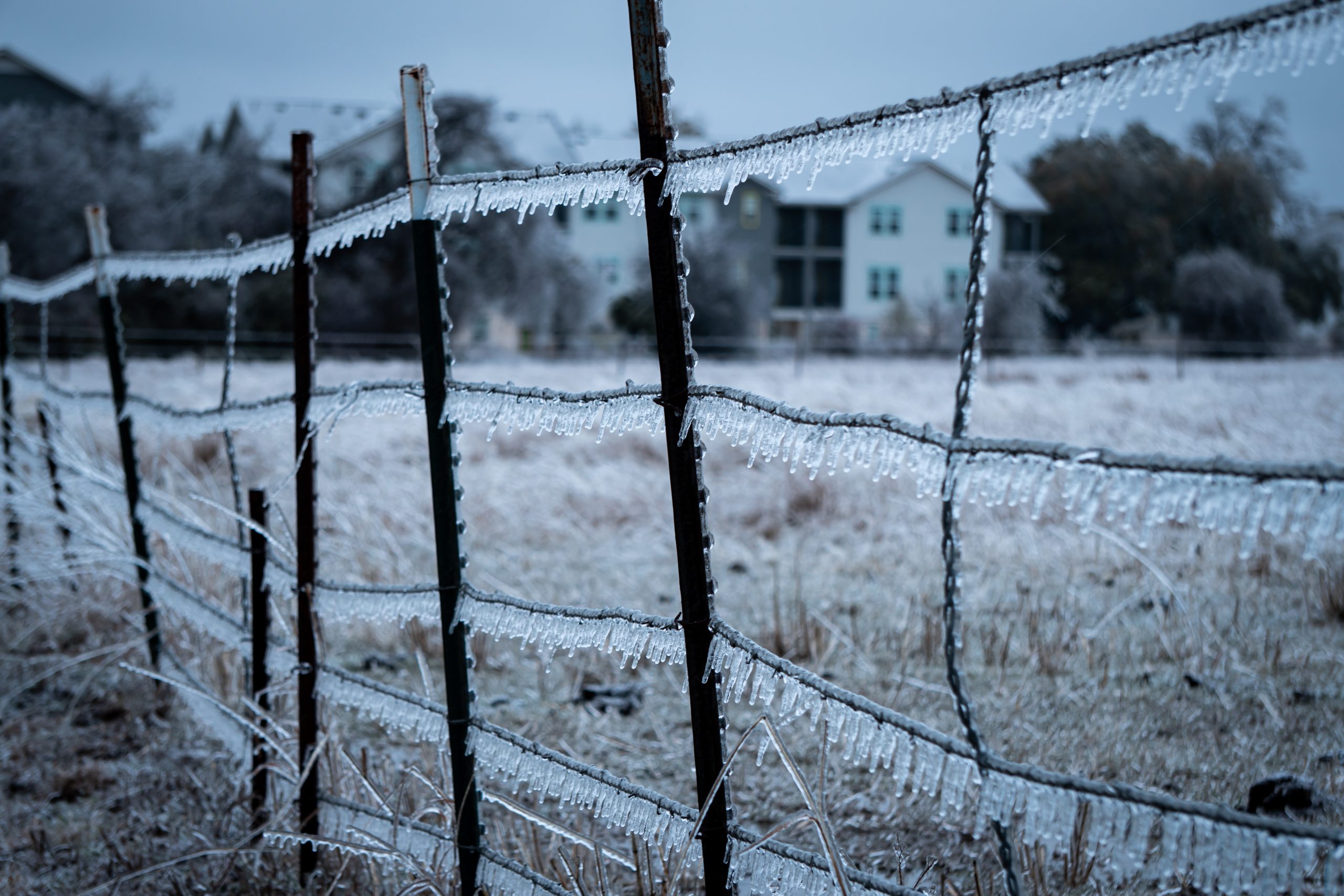 Prisons are not built for comfort. They’re built for security. That often means concrete walls and concrete floors, windows that either don’t open or don’t shut and hundreds of prisoners in close proximity. Most facilities also struggle to keep up with repairs due to strained budgets and overcrowding. It may seem like a basic human right to live in relatively stable temperatures. Courts have repeatedly said that prisons cannot subject prisoners to extreme temperatures but with no oversight most states have very little accountability. When natural disasters and unexpected weather hit, the results are catastrophic.

What do Courts Say About Extreme Temperatures in Prison?

According to the National Institute of Corrections, the normal temperature range for prisons should be between 68 degrees and 80 degrees. In fact, temperatures outside this range require correctional officers to report the conditions. If temperatures drop below 68 degrees, jails should order maintenance to repair heating systems immediately. Until staff can restore heat, prisoners should receive extra blankets. They further advise that officers take note if numerous prisoners request extra blankets, as this may indicate that a facility is too cold.

The Bureau of Prisons similarly avoids a specific standard for federal prisons, but they advise staff to keep steady temperatures at or around 76 degrees in the summer and 68 degrees in the winter. While prisons do not have to install air conditioners, almost all facilities must have a heating system to prevent extreme cold. Prisons must also provide extra clothing and blankets when they cannot regulate cold temperatures in the jailhouse. Unfortunately, courts do not consider prisoner complaints unless there is clear evidence that staff are harassing prisoners or intentionally subjecting them to extreme temperatures.

Few prisoners successfully argue that prison officials have violated their rights when the institution is too cold or too hot. This is because courts often dismiss cases under the “qualified immunity” clause. Under this rule, staff can claim immunity if they can prove that they did not know they were violating prisoner rights. In 1982, the 7th Circuit of Appeals did rule that staff at Stateville prison in Illinois could not claim qualified immunity when temperatures inside the prison dipped well below freezing for four days. The judge argues that officials should know that the state must provide shelter and adequate warmth. Staff were also accused of “deliberate indifference” in failing to move prisoners until conditions improved.

Meteorologists warned that a historic storm would ravage the Southern states in mid-February. For Texas, winterizing equipment and roads is almost always impractical. Temperatures rarely drop below freezing, and, when they do, there’s little precipitation. This may be why private energy companies like Oncor and Ercot chose not to follow federal regulations to winterize their power grids in Texas. Most years, people would hardly notice. But when Uri hit, it brought record cold and days of precipitation.

In the first hours of the storm, Americans across the country watched in horror as a semi truck slammed into a dozen vehicles on an icy highway outside Fort Worth. Similar pile-ups in Austin and Dallas highlighted how quickly conditions deteriorated. Some on social media lambasted Texans for dramatizing mild weather, while others called for emergency relief. Temperatures continued to drop throughout the day, and it was quickly clear that the worst was yet to come.

By Monday night, energy companies begged Texans to conserve energy wherever they could. Ercot and Oncor warned of rolling blackouts. And while the nation slept, houses went cold. Social media filled with reports of power outages, many of which had already lasted hours. Energy companies admitted that the outages were indefinite. Over the first 24 hours of the storm, more than 2.5 million people lost power. By the second night, Texas recorded historic low temperatures across the state.

More than 1,000 women in one medical prison endured days without heat. Temperatures inside FMC Carswell the facility dropped to 50 degrees. The prison is the only medical facility for women in the entire country, and it houses prisoners with severe health problems. To make matters worse, staff failed to properly secure water supplies, leading to a water shortage inside the jail. Ahead of the storm, correctional officers did not repair damaged heating systems or secure a generator to make sure essential medical equipment had power. Though the prison never officially lost power, prisoners struggled in the extreme temperatures.

Numerous prisoners are currently fighting symptoms of COVID-19. The cold temperatures make it harder for them to breathe. Prisoners also did not have hot water for more than three days, forcing them to take rigid showers that only made them colder. Staff gave prisoners hot water bottles to help warm them, but that did little to combat the conditions. To get food, prisoners have to exit the main facility, exposing them to snow and ice. With no way to warm themselves when they get back inside, most are dangerously close to hypothermia.

While some prisoners spoke on conditions of anonymity for fear of retaliation from prison officials, Holli Wrice sent an email to share details about the conditions inside FMC Carswell. Wrice, who stays in unit 2 North, described a burst pipe that filled their living quarters with sewage. “The way this unit is now it should be compassionate release for everyone. We are subjected to feces, cross contamination, poor living conditions, still inmates sick with covid … no heat. It’s awful,” she wrote.

Male prisoners didn’t fare much better in the storm. “We’re in here freezing to death and starving,” said Finis Prendergast, a prisoner at Harris County jail. Like FMC Carswell, the jail lost power early in the storm. While generators provided some lighting and basic security features, it didn’t power the heating system. Despite cold air filling the cells, correctional officers did not provide additional clothing or blankets to prisoners. The extreme temperatures in the prison also interrupted water service. Every toilet overflowed with urine and feces, and prisoners were told to ration 16-ounce water bottles for drinking, brushing their teeth, and cleaning their hands.

The Texas Jail Project received reports from prisoners that staff did not provide hot food for more than two days. The generators also did not provide electricity for hotpots, preventing prisoners from heating water or food themselves. The Harris County sheriff’s office denied these reports, insisting that prisonerss received three meals a day and extra blankets. Meanwhile, news outlets received similar accounts from prisoners at other facilities across Texas. “This storm has really brought out some of the issues they have in the prison system,” said Tracy Williams with the Texas Inmate Families Association.

Keri Blainger, a reporter for The Marshall Project, shared photographs and information from Texas prisoners trying to survive the extreme temperatures in their respective prisons. One image shows a meal provided to prisoners; the meal consists of a cold hot dog link, half a slice of cheese, one roll, and a handful of raisins. Prisoners also describe using table salt on walkways to help combat build-ups of ice. They also confirm that correctional officers are being forced to work for 2-3 days straight during the emergency. “They’re being held hostage basically and told they’d be fired if they go home,” Jeff Ormsby said.

Though multiple state officials insist that conditions inside prisons are safe, Texas has a long history of failing to provide adequate shelter for prisoners. Multiple facilities are struggling to employ correctional officers during the pandemic, forcing employees to work overtime on a weekly basis. Food quality has also declined, and staff have been slow to roll out vaccines in their possession. After Hurricane Harvey, jails across southeast Texas reported water back-ups and sewage inside cells. Extreme heat in Texas state prisons is an annual problem.

Even now, six days after the storm first hit, millions of Texans do not have power. While most prisons report that extreme temperatures are subsiding, they are still working to repair water and heating systems. The lingering impact of prolonged exposure to cold and unsanitary conditions may take weeks to understand. One thing that’s very clear, though, is that Texas state prisons have shown they are woefully incapable of providing basic care for prisoners.