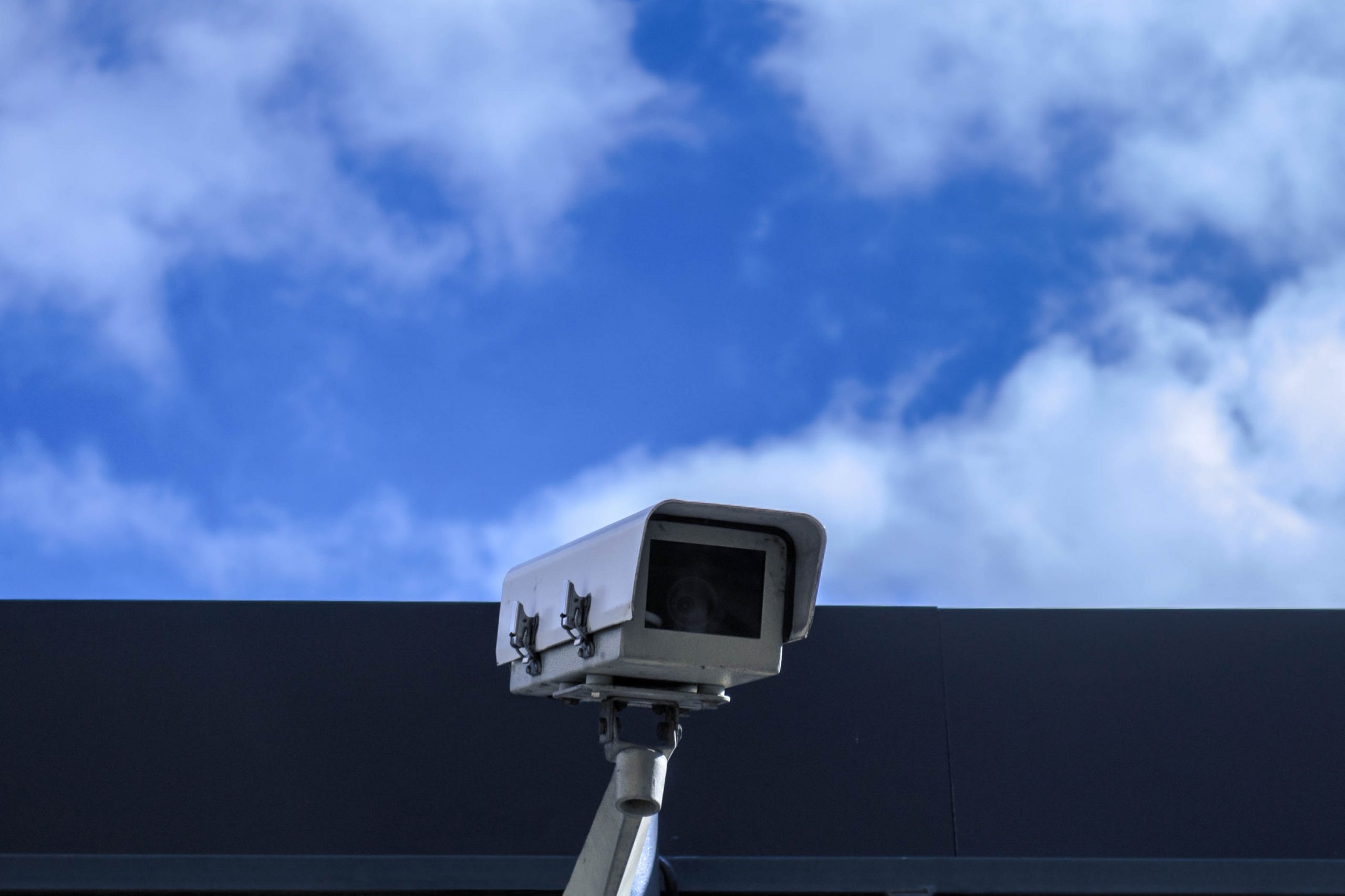 Arizona jails are notoriously understaffed, and concerns about living conditions plague various facilities. With prison reform at the forefront in many states, Arizona lawmakers look to establish outside oversight over the state’s prison system. House Bill 2167 responds directly to complaints of unsafe conditions inside the state’s prison system. Some ardently support the implementation of an oversight committee. Others, however, view the bill as an attack on prison staff and say it will jeopardize safety at all facilities.

Former President Donald Trump repeatedly described the Republican Party as the party of law and order. Democrats faced calls to defund the police and end mass incarceration from their constituents. It’s no surprise, then, that criminal justice reform bills have proliferated state and federal agendas over the first few months of 2021. Though the content of these bills varies greatly depending on the authors of the bill and the scope of reform, the latest efforts may mean that lawmakers in Arizona are taking demands for prison and justice reform seriously.

Above all, the primary objective of HB 2167 is to create an ombudsman that will oversee Arizona prisons. The bill tasks the office with implementing numerous practices to increase transparency, including the following:

Though individual facilities already have some policies to address these items, the bill establishes the ombudsman office as an independent authority. This reflects a larger push to use third parties to investigate issues inside the prison. Many advocates of prison reform argue that it’s ineffective for corrections staff to investigate themselves. Those that do say that corrections departments can’t regulate themselves with respect to adherence to state and federal safety guidelines. If HB 2167 is signed into law, the ombudsman office would have to inspect prisons at least once every two years without notice.

The language of the bill signals an understanding among Arizona legislators that prison reform requires bipartisan oversight. As such, it requires that the ombudsman office consist of lawmakers from both major political parties. The office must also include at least one of each of the following:

The multi-perspective make-up aims to give everyone involved a seat at the table.

This make-up speaks to a genuine effort to address reform from multiple perspectives. And it grants numerous stakeholders a place in the process.

Ultimately, the bill aims to improve conditions inside Arizona facilities. It also addresses concerns related to prisoner safety and welfare. With so much of the focus on compliance and prisoner welfare, opponents say HB 2167 is an attack on corrections officers and an unnecessary use of state funds. Advocates argue that prison reform is long overdue, and COVID-19 has only exacerbated concerns about welfare.

As recently as Feb. 2021, Arizona prisons continued to struggle with containing the spread of COVID-19. And the outbreaks are not just behind bars. Arizona communities are seeing upticks in infection rates as a direct result of transmission inside jails. “The public is at risk right now from COVID and from the lack of security that we have and from the lack of leadership from a director,” says Carlos Garcia. As the executive director of the Arizona Correctional Peace Officers Association, Garcia has a vested interest in protecting prison staff. His concerns, though, warn of the impact that infected corrections officers have on the community at large.

Garcia challenges official statements from the Department of Corrections (DOC), saying that officers do not have the correction protective equipment to prevent transmission of the virus. Jovana Renteria, a member of the Puente Human Rights Movement, says that the problem is not just with relaxed measures for prison staff. “We need to hold [the DOC] responsible and accountable for the injustices and the inhuman treatments that our loved ones are getting inside,” Renteria urges. “To make sure that everybody that’s inside these cages gets proper medical attention.”

HB 2167 may be a bill focused on broad prison reform and oversight of the Department of Corrections, but it’s using the DOC’s inability to control COVID-19 outbreaks as evidence that an ombudsman office is necessary. Rep. Walt Blackman, who introduced the bill, says “It’s time that we take a look, a deep dive…on the prison. Identify bad actors if there are, identify needs and resources…just making sure we are keeping a good eye on DOC.”

The Arizona Department of Corrections disputes claims that it is putting corrections officers and prisoners at risk.

According to an official statement from the Department of Corrections, facilities have “taken broad actions to mitigate the risk and impact of COVID-19.” The statement outlines numerous efforts to control the spread of the virus, including widespread testing and the provision of protective gear. Both prisoner advocacy groups and organizations representing corrections officers say these claims aren’t true, though.

According to DOC data, a combined 14,952 prisoners and prison staff have contracted COVID. This reinforces Rep. Blackman’s claim that the state must establish an officer to oversee the DOC, both to curb the spread of COVID and as a larger effort to reform prisons and make them safer for everyone involved.

As with most prison reform legislation, HB 2167 is highlight politicized. Opponents characterize the bill as an attack on corrections officers. They also point to the large budget included as a drain on state resources. Donna Leone Hamm, director of Middle Ground Prison Reform, challenges the makeup of the ombudsman office described in the bill. Rather than create an office, Hamm argues, lawmakers should use the money to “hire an expert in correctional management.” She acknowledges that the DOC requires oversight but does not believe members of the community or Arizona lawmakers know what it takes to implement prison reform.

Critics are asking whether the Department of Corrections intentionally obscures conditions inside Arizona prisons.

There are also recurring accusations that Arizona prison staff actively work to hide what really goes on behind bars. John Fabricius, a former prisoner, claims that corrections officers pressured prisoners to put on a front when a reporter visited the prison. “We needed to take a lot of steps to make sure that everything that [the reporter] saw was exactly what they wanted him to see.”

Fabricius says that they had to meticulously clean every step of the route the reporter would take during his visit. “It made me feel like I was part of a fraud, like I was being used to pull the wool over the eyes of the citizenry of Arizona.” Rep. Blackman used input from Fabricius and others to inform HB 2167 and make sure that it addresses all major issues inside Arizona prisons. This includes historically poor communication between the DOC and people with family members behind bars.

Lillian Coppess, who also helped build HB 2167, says that prison staff would not tell her where her husband was. After she learned that he was assaulted by fellow prisoners, she had to find him on her own. “They never returned my calls, they never responded to my emails and it was not until two weeks after he was taken to the hospital that I found out on my own what hospital he was taken to,” she says. Part of HB 2167 specifically requires that the ombudsman office establish and maintain a support line that makes it easier for family members to find information about loved ones behind bars.

What’s Next for HB 2167 and Arizona Prison Reform

Currently, Rep. Blackman’s bill sits at a crossroads. While it’s possible that the bill could pass through to the Governor’s desk, HB 2167 may also undergo significant changes and circle back to the House. Most lawmakers on both sides of the aisle seem to support prison reform and efforts to establish DOC oversight. However, not everyone agrees that an ombudsman office is the best route. Community members and advocacy groups will watch the progress of the bill closely. In the meantime, they will continue to urge lawmakers to pass it into law as quickly as possible.