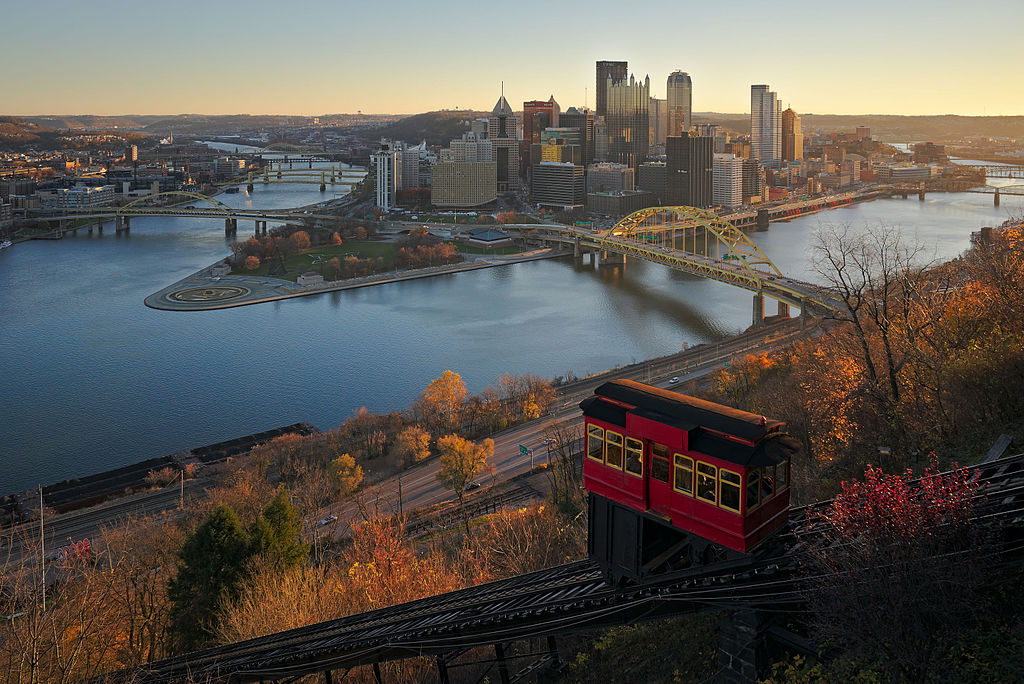 Almost every criminal case ends with a plea deal. In a theoretical sense, the idea of a plea deal sounds like a good one. (In a practical sense, the plea-deal system has turned into more of a courtroom-to-prison assembly line in the U.S. But that’s an article for another day.) On the one hand, the defendant gets a guaranteed, and often better, sentence than they would if they went to trial. On the other, the prosecutor is able to resolve cases in a sufficient manner. If every defendant has a fair opportunity to the plea-deal system, it could, again theoretically, lead to justice. But that’s not how the system works. And an Allegheny County DA’s new approach to plea deals shows exactly why.

Allegheny County is a politically diverse area with a complicated approach to justice reform.

Allegheny County is home to Pittsburgh, has more than a million residents, and is the second-largest Pennsylvania County behind Philadelphia. Like many counties with major cities in rural states, Allegheny County’s politics are complicated. As Public Source explained, Allegheny County helped deliver a “decisive” Pennsylvania victory for President Joe Biden. But the decisive nature of that vote doesn’t mean that political tensions aren’t still running high.

Those high tensions showed up in the most recent Allegheny County District Attorney race. As of 2019, long-time District Attorney Stephen A. Zappala, Jr., hadn’t faced a meaningful political challenge in 20 years. But things changed when Lisa Middleman, a long-time public defender, put up a competitive fight.

DA Zappala ultimately won, but Ms. Middleman’s campaign made it clear that the ice holding up the status quo was growing thinner. And the fact that she, someone without political experience and a background providing representation to indigent defendants, was the person able to put up the fight makes it seem like the ice was thinner than many thought.

Criminal defendants, including those in Allegheny County, routinely rely on plea deals.

According to the Pew Research Center, roughly 90% of federal criminal cases end with a guilty plea. Some reports, such as this one from the National Review, suggest that percentage might be even higher. According to The Atlantic’s reporting, this statistic remains in true in both state and federal cases, with roughly 94% and 97% of those cases ending in plea deals, too.

As Public Source explained, these lopsided statistics often result in a “pressure to plead” on criminal defendants, especially in cases that can result in a severe punishment. “With stakes including life without parole, better outcomes often don’t hinge on a jury. Or a judge. It’s a matter of agreeing with the prosecutor,” Public Source’s Jeffrey Benzing wrote. “Admit guilt, get less time. Or fight the commonwealth’s case and risk losing everything at trial.”

But what if those better outcomes via a plea deal aren’t even on the table in your case?

Allegheny County now showcases why it’s so dangerous for the criminal justice system to put so many eggs in the plea-deal basket. On May 13, Milton Raiford, a well known Black attorney in western Pennsylvania, criticized the Allegheny County District Attorney’s office during a court hearing. The comments, which Tribune Review’s Paula Reed Ward described as “20 transcribed pages” and “sometimes rambling,” touched on racism in the courts, the pandemic, and the court system’s slow response to it.

Raiford’s comments are undoubtedly harsh. (They’re also undoubtedly true, at least to some extent.) And he likely wasn’t surprised that there was at least some pushback, especially given today’s political climate, after he called the criminal justice system and the local DA’s office systemically racist. What he probably didn’t expect, though, was what it would cost his clients.

Five days after Raiford’s in-court comments, DA Zapala, instructed his deputy prosecutors that they were forbidden from offering any plea deals to Raiford’s clients. The emailed instruction couldn’t have been much clearer: “Effective immediately, in all matters involving Attorney Milton Raiford, no plea offers are to be made.” The deputy prosecutors were, of course, permitted to proceed with cases if the defendant wanted to plead guilty as charged. But, moving forward, the plea bargain—the most common resolution of criminal cases—was off the table for Raiford’s clients.

Legal ethics and lawyers called the approach wildly unethical, but that didn’t stop the DA Zappala.

“For the most part, you don’t hear of prosecutors doing this because they realize it’s unfair and unethical,” he continued. This is because both he, as well as his deputy prosecutors, could face sanctions for doing so.

Raiford was equally dismayed by the unethical nature of DA Zappala’s decision. “It’s numbing. It’s a vindictive thing to do. There’s no reason for it,” he told Ward. “I don’t know why he’s making my client’s suffer because of something I said.”

Frank Walker, a member of the Pittsburgh Black Lawyers Alliance, echoed Raiford’s disgust in his comments to the Tribune Review, too. He called it “terribly disappointed,” “totally unprofessional” and “cowardly.” “You’re going to take away the rights of someone simply because you don’t like their lawyer?” he asked. “Your job is to seek justice as a prosecutor.”

DA Zappala has since doubled down, absurdly claiming that he’s just giving Raiford what he asked for.

It’s hard to imagine a scenario that could be any more of a black eye on the criminal justice system than this. DA Zappala has instructed his office not to offer a plea deal to a certain number of defendants to punish their lawyer. It is, in the most literal sense, an example of an elected politician using people’s lives as political pawns. And the message it sends couldn’t be any more chilling: Don’t criticize my office, or I’ll punish your clients.

DA Zappala almost immediately faced calls for his resignation. Undeterred, however, he released a memo doubling down on his no-plea-deals-for-Raiford-clients approach. Pointing to Raiford’s comment that he’s “not going for these crazy plea agreements,” DA Zappala laughably claimed that he was just doing what Raiford asked. “I took seriously that attorney’s stated desire not to accept plea offers, and directed my Deputy District Attorneys to memorialize any plea discussions with this attorney and not to offer pleas to that attorney without approval from the front office.”

It’s hard to treat DA Zappala’s version of events as a good-faith perspective. But maybe people do. But, even if that is the perspective, the ultimate takeaway from Zappala’s memo seems clear: Defense attorneys need to be careful when they criticize his office; otherwise, their clients will pay. The American Bar Association says “[t]he primary duty of a prosecutor is to seek justice….” Is DA Zappala’s message consistent with that primary duty?

The calls for DA Zappala’s removal or resignation haven’t prevailed, but the tide is turning.

DA Zappala’s career has been an interesting one. As the Pittsburgh Post-Gazette’s Tony Norman explained, he has been called “callous, indifferent to calls for much needed reform of his office, impervious to irony, an opportunistic creature of regional nepotism and among the most duplicitous characters to emerge from Pittsburgh’s brutal Democratic machine politics in generations.”

But, until now, those criticisms haven’t had anything to sink their teeth onto. Now they do: the no-plea-deals-for-Raiford-clients memo.

“Why did Allegheny County’s highest ranking law enforcement officer send what can only be described as an incriminating email to men and women on the front lines of justice in this region?” Norman asks. It’s hard not to imagine that DA Zappala felt comfortable sending the email because he believed he wouldn’t face any consequences for it. Only time will tell if he was right. Unfortunately, most of the time, prosecutor accountability is too little and comes too late.