The Real Meaning Behind The Phrase “Defund the Police” 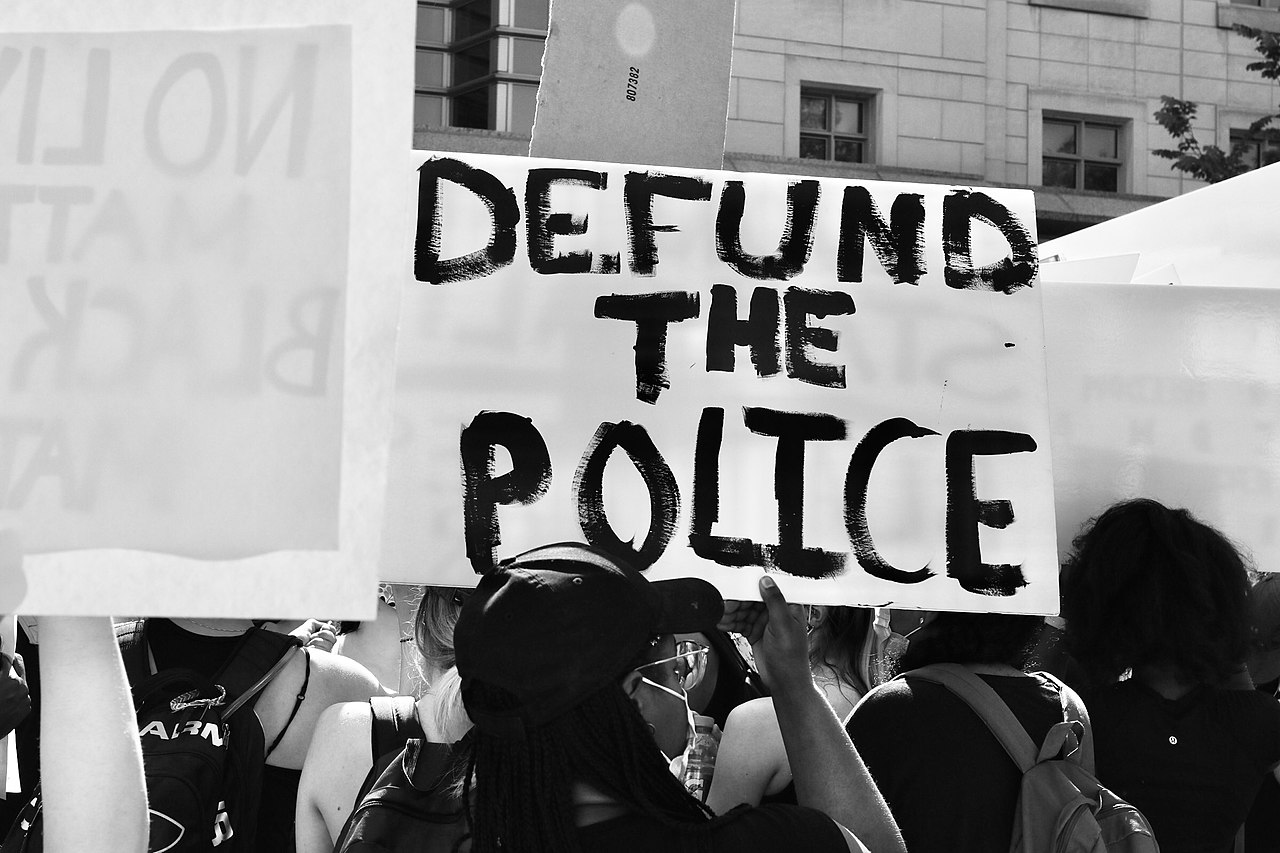 25 Mar The Real Meaning Behind The Phrase “Defund the Police”

The small phrase “defund the police” has a big seat at government tables. Especially after the high-profile protests and movements in 2020, people are calling for police reform now more than ever before. One of the most significant focuses on defunding the police. However, there is significant disagreement over the phrase in and of itself. What makes the defund the police movement so polarized? And how are advocates and legislators defining it?

How “Defund the Police” Became Mainstream

The popularity of the phrase “defund the police” grew substantially after the killing of George Floyd in May 2020. A video of Floyd in Minneapolis, MN, circulated on the Internet. In the video, Officer Derek Chauvin placed his knee on Floyd’s neck for almost nine minutes. According to USA Today, the autopsy report concluded that Floyd’s cause of death was asphyxiation. Officer Chauvin is now standing trial and facing second-degree murder and manslaughter charges.

The events surrounding George Floyd’s death occurred in an already charged climate. Racial tensions were escalating long before his death. With over 1.4 billion views of the Floyd video, a massive movement arose to fundamentally change policing. Additionally, movements such as #SayHerName and #BlackLivesMatter swept social media to bring attention to others of the Black community who lost their lives due to police brutality. Criminal justice reform got massive attention as a possible solution (among others). And this is when “defund the police” came into the conversation.

What Makes The Phrase So Controversial?

However, the confusion extends beyond citizens and allies of criminal justice reform. Even those sitting at government tables, from state to national, are confused over the issue. For example, during the 2020 presidential election, then President Donald Trump used the confusion voters may have about the saying against now President Joe Biden. According to the Washington Post, President Trump put ads in battleground states to say President Biden was for abolishing the police.

What Does The Phrase Actually Mean?

The phrase “defund the police” and its meaning may seem different. While “defund the police” may read as giving zero funding to police, that is not the actual meaning of the policies behind it. Instead, the phrase advocates for reallocating funds from massive police budgets. More specifically, that money would go to other government agencies run at the local level.

There are several alternatives for where the money could be used if taken away from police budgets. Several cities are already working towards reallocating money to various different programs, including mental health or community-based programs. For example, the New York Times reported how Los Angeles, CA, will reallocate $100 million from LAPD to minority communities. Baltimore City Council plans on using the $22 million reallocated from police forces in 2021 to recreational centers and loan forgiveness for Black-owned businesses. Other considerations are removing police presence from public schools, hiring more mental health professionals to handle police calls and funding trauma centers.

Some organizations, advocates and allies are looking to entirely abolish police enforcement. But “defund the police” is not the same as those other movements. However, both defunding and abolition movements seek to restructure the way policing functions throughout the country, especially due to policing’s historical roots.

Why “Defund the Police” Theory Has Potential

Money has a lot of power. Placing it into different hands for the betterment of marginalized communities has significant potential. That’s why the phrase “defund the police” constantly shows up in headlines and on social media.

First off, it is important to note what allocation of funds police need to perform jobs other groups could not do. According to USA Facts, there are 18,000 state and local police agencies in the United States. For those agencies to maintain public safety, certain budget amounts are necessary for the protection of local and state citizens. Maintaining public safety may only involve enough funding to successfully handle violent crime.

NPR and Alex S. Vitale, author of The End of Policing, spoke about what police efforts in light of various police reform efforts. One of the biggest points Vitale makes is that police are burdened with social issues unrelated to public safety. Some examples are homelesness, youth violence and mental illnesses going untreated.

This statement adds up when looking at several statistics. According to the Brookings Institute, nine out of ten service calls made to police are for nonviolent encounters. In addition, 38% of murders, 66% of rapes, 70% of robberies and 47% of aggravated assaults go unreported each year. When looking at both statistics, it’s arguable that police underperform with the tasks they do have.

When money is moved from the police to other organizations, authority moves as well. That’s what the phrase “defund the police” refers to. And when looking at issues such as homelessness, mental illness and youth violence, there are clearly problems beyond the scope of law enforcement. Focusing on reallocating money from the police to social workers, organizations and schools can boost prevention through education and rehabilitation over punishment.