Guilty Until You Satisfy The “Actual Innocence” Requirement 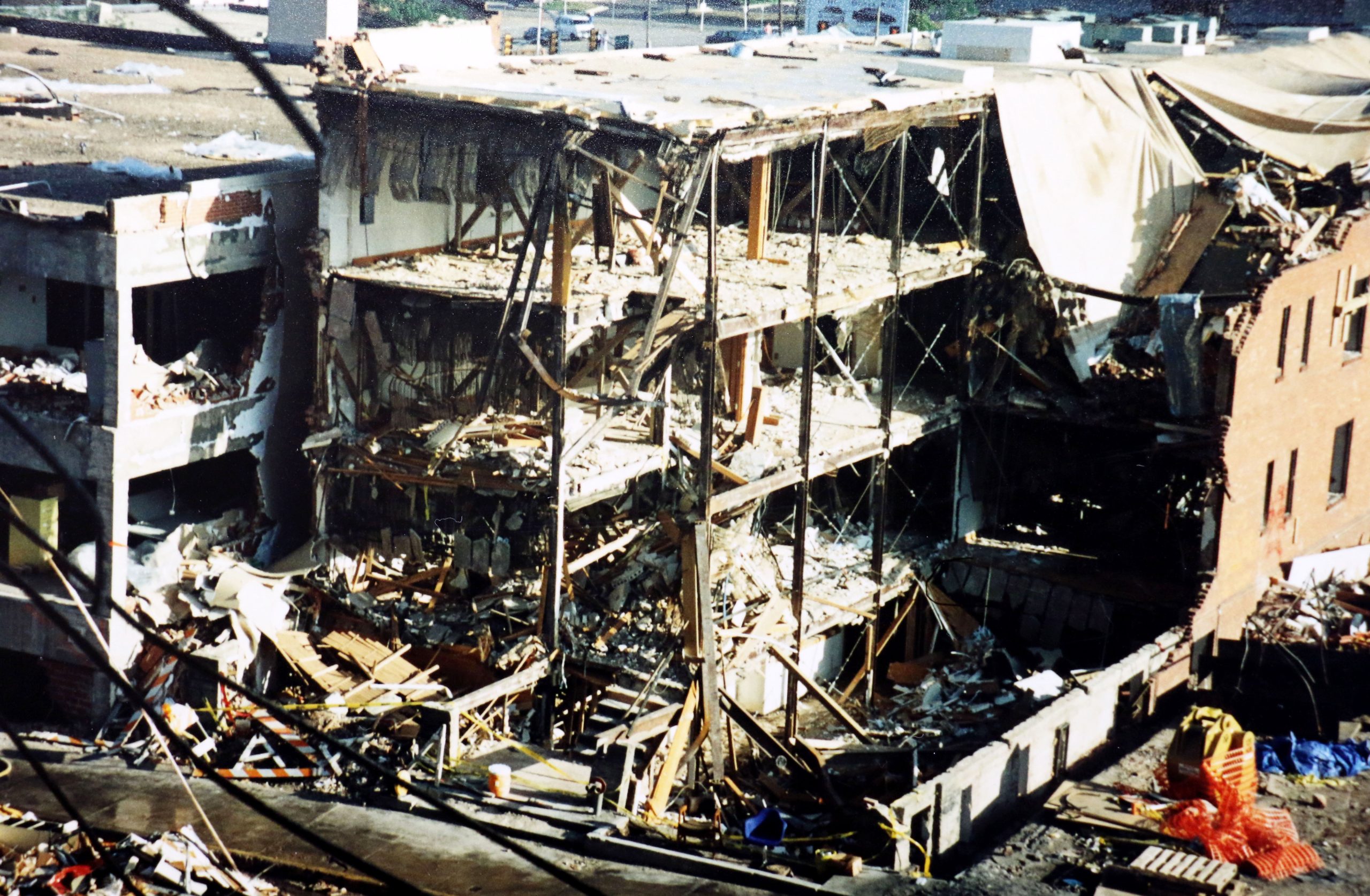 30 Dec Guilty Until You Satisfy The “Actual Innocence” Requirement

One of the hallmarks of the justice system in the United States is its presumption of innocence. You are, as they say, innocent until proven guilty. But once the government — the police, the lawyers, the courts an anyone else who works for it — can get that guilty verdict, the presumption of innocence instantly disappears. There are, of course, ways in which someone can still challenge a guilty verdict after the government gets it. But, at least when it comes to one of those pathways (a habeas petition), the presumption turns on its head: You are guilty until you satisfy the “actual innocence” requirement.

Habeas Petitions as a Fail-Safe for Constitutional Rights

The term “habeas corpus” is Latin for “that you have the body.” In the legal sense, the term has a handful of different meanings. But, most of the time, the term “habeas corpus” comes up in the context of a prisoner filing a petition for a writ of habeas corpus. Through this kind of petition, a federal court has the authority to determine whether a state’s incarceration of a prisoner is lawful. So, most of the time, these petitions come as civil actions against prison officials such as the warden who are holding the filer in custody.

Even though it’s true that courts almost always deny habeas petitions, that trend doesn’t change the fact that, on paper, they are arguably the justice system’s last chance to protect your constitutional rights. Most of the time, a prisoner files a habeas petition after he or she has exhausted the post-conviction options available at the state level. In Michigan, for example, one would appeal a conviction from a county-level circuit court to the state’s Court of Appeals and then the state’s Supreme Court before exploring a habeas petition. (And, most of the time, he or she would explore a number of other post-conviction options first, too.)

But it’s not unlikely that extraordinary constitutional violations wouldn’t move the needle throughout all of those proceedings. In some cases, for example, a prisoner may argue that their constitutional rights to the effective assistance of counsel and to cross-examine the witnesses against them were violated when the trial court admitted a co-defendant’s confession without an objection from their attorney. But if the state courts continually reject that argument as “harmless error,” the only fail-safe left for that clear violation of constitutional rights is a habeas petition.

Over the past few decades, however, Congress and have federal courts have teamed up to water down this fail-safe. In the mid-1990s, Congress passed a law called the “Antiterrorism and Effective Death Penalty Act, a law commonly referred to as “AEDPA” that lawmakers drafted drafted in response to the Oklahoma City bombing in 1995. While you might be inclined to think that AEDPA’s focus is on things like terrorism, death-penalty cases or bombings, you’d be wrong on all three. Instead, AEDPA’s most impactful consequence was to handcuff habeas relief.

Among other things, AEDPA imposed a one-year statute of limitations on habeas petitions, prohibited successive habeas petitions without appellate-court approval and drastically narrowed habeas relief to situations in which the state court’s determination was “contrary to, or involved an unreasonable application of clearly established federal law as determined by the Supreme Court of the United States.”

Before AEDPA, federal courts only granted around three percent of the habeas petitions filed by prisoners. When you factor in AEDPA’s strict requirements, it’s easy to imagine this statistic has dwindled to less than one percent in the years since. Yet even with AEDPA’s strict procedural requirements and a as-low-as-possible success rate, federal courts have since watered down habeas relief even further.

The watering down of habeas relief by AEDPA and federal courts reared its ugly head in the U.S. Court of Appeals for the Fifth Circuit’s decision in a case called Crawford v. Cain last month. In that case, a man named Charles Crawford filed a petition for a writ of habeas corpus, raising, among other arguments, two ineffective-assistance claims: one based on his trial lawyer’s failure to obtain an expert in support of his insanity defense and a second based on his appellate lawyer’s failure to raise an argument with respect to his trial lawyer’s failure on appeal.

As almost always happens, a U.S. District Court in Mississippi denied Crawford’s habeas petition. The Fifth Circuit could have affirmed the U.S. District Court’s denial of Crawford’s habeas petition for a laundry list of remarkable reasons. After all, AEDPA and prior federal-court decisions have watered down habeas relief so much that it’s practically impossible to find to begin with. But the the Fifth Circuit went a step further, holding that a prisoner must “factual innocence” — or, in other words, prove that he or she is not “factually guilty” and is “factually innocent” — before a court can or should grant habeas relief.

For Crawford, of course, this “actual innocence” requirement wasn’t one that could logically be met. As the Fifth Circuit explained, Crawford didn’t necessarily deny committing the charged offenses; rather, he “assert[ed] that he wasn’t legally culpable under Mississippi law because of the affirmative defense of insanity.” Without being able to present “a colorable claim of factual innocence,” the Fifth Circuit ruled, habeas relief was simply unavailable: “Crawford unquestionably raped a 17-year-old girl. AEDPA and ‘law and justice’ both require denying his request for federal habeas relief.”

Implications of the “Actual Innocence” Requirement

In reality, the Fifth Circuit’s decision either creates or (assuming it already existed) highlights an “actual innocence” requirement that now exists for every habeas petition. When you file a habeas petition, our justice system assumes you are guilty. If, and only if, you can prove your “actual innocence” will courts potentially get involved. As the Fifth Circuit put it, “[l]aw and justice do not require habeas relief … when the prisoner is factually guilty.” In other words, “[f]actual innocence—not legal innocence—satisfies the law-and-justice requirement.”

It’s easy to overlook the implications of an “actual innocence” in cases like Crawford’s. Crawford raped a 17-year-old and assaulted a 16-year-old. Then he turned himself in. After releasing him on bond, Crawford then raped and murdered a 20-year-old and returned to jail. (I’d regret not pointing out, especially as critics take aim at bond reform, that bond did nothing to protect the public from Crawford.) It’s not hard to look at what Crawford did and feel like his constitutional rights aren’t quite as important as someone else who is wrongfully convicted or committed far less egregious crimes.

But the Fifth Circuit’s “actual innocence” requirement doesn’t just apply to Crawford. It applies to everyone. And, like Crawford, countless people in federal prisons with far more sympathetic stories have claimed that their constitutional right to the effective assistance of counsel was violated repeatedly throughout their criminal prosecutions. Yet, under the Fifth’s Circuit’s decision in Crawford v. Cain, those violations of their constitutional rights won’t matter unless they can meet the “actual innocence” requirement—unless they can prove that they are “factually innocent” and not “factually guilty.”

And, even then, as we saw with Christoper Dunn, “actually innocence” often isn’t enough either.