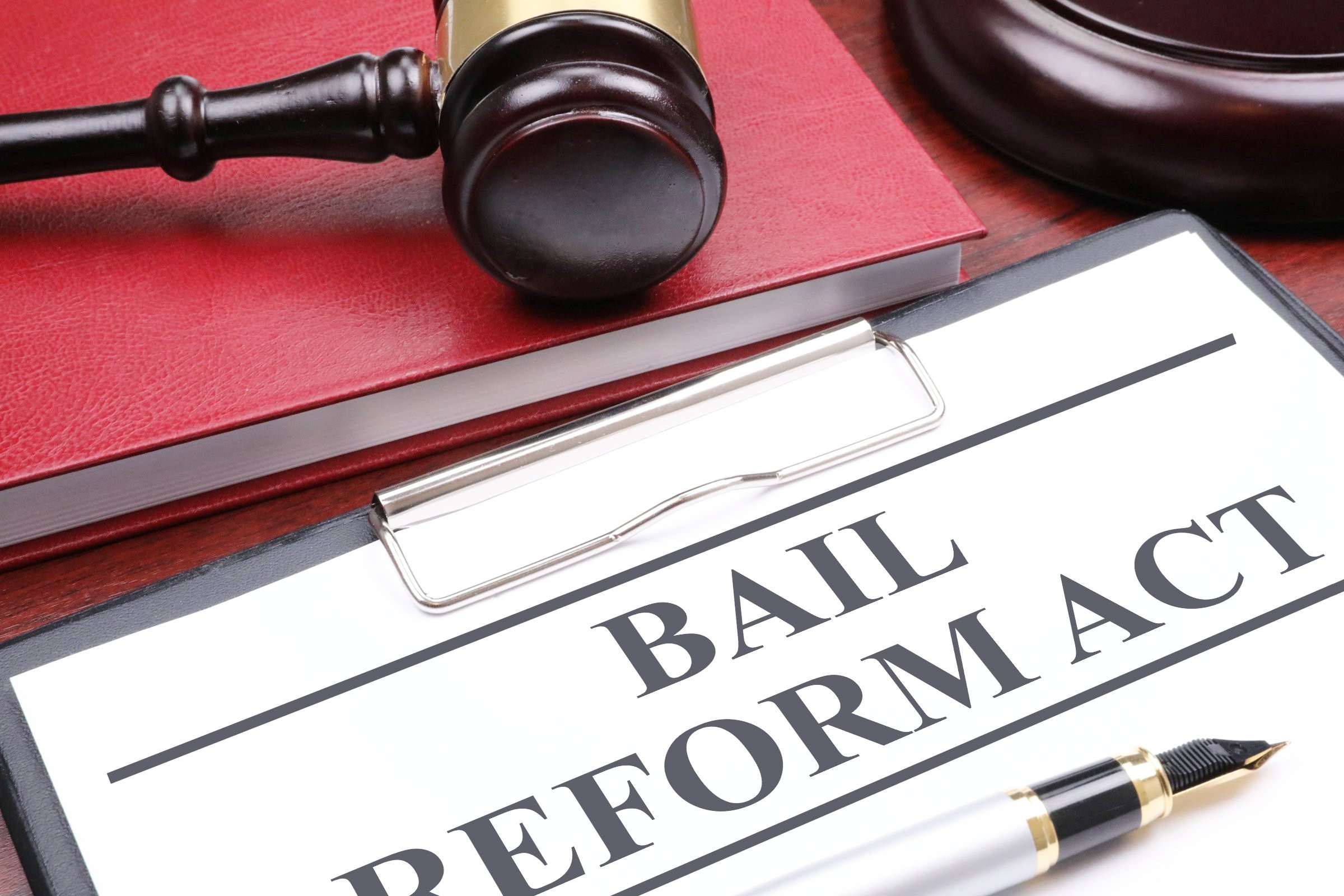 The imagery is stark. Black and white footage taken from closed-circuit TV cameras showing a series of violent assaults and muggings. The copy for this political ad is just as provocative. “You’re looking at actual violent crimes caught on camera in Kathy Hochul’s New York,” a voiceover explains. “And it’s getting much worse on Kathy Hochul’s watch.” The political advertisement was put out by Hochul’s Republican challenger, Lee Zeldin. It goes on to tie these violent crimes to the New York’s cashless bail reform law that was enacted in 2020 by the New York State legislature.

Aside from the fact that Zeldin used footage of a crime from California in his advertisement, as well as a number of older incidents that predated Hochul’s tenure as New York State Governor, it has also called into question whether New York’s bail reform law has had a negative impact on crime. While there appears to be an increase in crime across New York State during the past two years, there are questions about whether that is attributable to bail reform or something else. There are also questions about how the public understands the parameters of bail reform.

Article 520 of the New York Criminal Procedure Law governs the setting of bail for people arrested and charged with a crime. It provides broad discretion for judges to set bail at arraignment. It also allows for forms of payment, such as cash, credit cards and bail bonds. Judges have authority to release a defendant on his or her own recognizance in some cases. This usually occurs in case involving a nonviolent crime. In these cases, the defendant does not pose a flight risk or the potential for causing harm to the general public. The goal is to ensure that the defendant will show up to court for pretrial hearings and the trial itself.

Over the years, it has become clear that cash bail has a disparate impact on indigent defendants. This is especially hard on those belonging to certain minority groups. Not only are these defendants often unable to come up with the cash necessary to pay for the bail; they and their families often lack the necessary assets to use as collateral for a bail bond. As a result, the jails across New York State have experienced overcrowding, as defendants await their trial dates. New York City has experienced a great deal of overcrowding in its jails. Riker’s Island has become notorious for overcrowding caused by pretrial incarceration, leading to a series of horrific deaths.

As a result of the overcrowding caused by the requirements of New York’s cash bail system, the New York State legislature passed a series of amendments to the Criminal Procedure Law collectively known as the New York Bail Reform Law. These amendments changed the system to allow for the pretrial release of more defendants charged with nonviolent felonies and misdemeanors.

The law is not a blanket reform that automatically releases defendants from pretrial custody. Rather, it takes a case-by-case approach to each defendant. This uses a number of factors, including the specific charges of the case, the individual’s prior criminal justice history, whether the charge is one for domestic violence and whether the individual ever violated an order of protection or possesses firearms. In addition, judges are advised to take into account the financial condition of the defendant. This includes whether there is an undue hardship in securing payment for bail, including by a bond.

Clearly, the New York Bail Reform Law does not allow for the release or individuals charged with violent offences. It also does not automatically release these individuals. Rather the arraignment judge has a list of factors to consider in setting bail or releasing the defendant. If the judge decides on the latter, it is often with a set of non-monetary conditions. With respect to individuals charged with crimes of violence, judges still have the discretion to set high cash bail or to even deny bail. For example, if the judge believes that the defendant is a flight risk or poses a threat to the public.

Despite these clear parameters, Zeldin claims that the New York Bail Reform Law releases dangerous criminals onto the streets, while tying the hands of judges who would prefer to order pretrial incarceration. Zeldin even claims he will use an executive order to overturn the cashless bail reform. He claims that this will return the power to the judges. This is a complete misrepresentation of the reform.

Zeldin ignores the fact that bail for violent criminals is set by judges. For example, the late Judge Bruce McMarion Wright earned the name “Turn ‘Em Loose Bruce” by New York’s infamous tabloids. This was based on a perception that he was too lenient when it came to setting bail. As Judge Wright explained, “Hardly anybody understood or was willing to honor the United States Constitution, especially the Eighth Amendment that says very plainly that bail shall not be excessive. The public, because of the tabloid press, I suppose, a general hysteria about crime, assumed that people who were charged were automatically guilty. And, therefore, I was accused of releasing dangerous criminals, although at that very moment, nobody had been convicted of anything.”

Studies show that there has been no negative impact on crime.

Lee Zeldin and others have leveled the charge that cash bail reform leads to an increase in crime. They claim that releasing defendants before their trial allows them to commit more crimes. They also argue that these defendants will not show up to court when their trial date arrives. Fortunately, the people who drafted the New York Bail Reform Law saw this coming and baked into its contents something that would answer these spurious allegations.

The New York Bail Reform Law adds two new sections to the law. The amendments to Section 215 of the Judiciary Law and Section 837-u of the Executive Law. contain parallel language. The former directs the chief administrator of the courts in the Judiciary Law and the later orders the division of criminal justice services under the Executive Law to work together to collect data on pretrial release and detention. These two agencies perform this review every six months. The focus of the reports is on appearances at trial and re-arrest for new offenses. In this way, the New York Bail Reform Law is designed to be data driven. This ensures that there is a correlation between bail reform and any potential increase in crime.

To date, the reports have shown that there has been no increase in crime as a result of bail reform. The reports have also shown that defendants released without bail are going to court as often as those on bail. Moreover, an independent study conducted by Newsday corroborated these findings.

“Two years into New York’s bail reform law, a new state report shows that criminal suspects are being rearrested at roughly the same rate as they were before the overhaul of the bail law was enacted,” the study states. “It also indicates that judges, who can’t assess bail as frequently as before, are increasingly deploying non-monetary supervision tools such as ankle bracelets to monitor suspects. And it shows that the bail reform law hasn’t sparked a rash of no-shows at required court appearances, as some had feared.”

It is clear that Congressman Zeldin has grasped onto crime as a key issue in his campaign for governor. Whether that succeeds is up to the voters. What does seem clear is that Zeldin is either ignoring the facts or misrepresenting the New York Bail Reform Law. This is an effort to gin up rage amongst New York voters. This is truly unfortunate as the facts show that the reform has reduced pretrial detention of defendants charged with nonviolent crimes. For nonviolent felonies outside of New York City, the detention rates dropped from 64% to 32% from 2019 to 2022. Over the same period, detention rates for misdemeanors dropped from 27% to 13%.

The New York Bail Reform Law appears to be working, easing the overcrowding of jails without increasing the crime rate. But while the reform has reduced pretrial detention, it has only increased the willingness of politicians to demagogue an issue through misrepresentation in a crass effort to win election to higher office.

The situation with the New York Bail Reform Law points up the difficulty of criminal justice reform in general. This is often a hard sell to voters. Politicians use these myths to sway voters, making false claims that reforms lead to more crime. This can be even worse during an election year. Challenger will use things like the crime rate to attack the record of an incumbent as soft on crime. As a result, many reformers run away from things like cashless bail. They often fear that they will lose votes even if the facts support these reforms. The proper response is to call these politicians out on their misrepresentations and hope the public is paying attention.