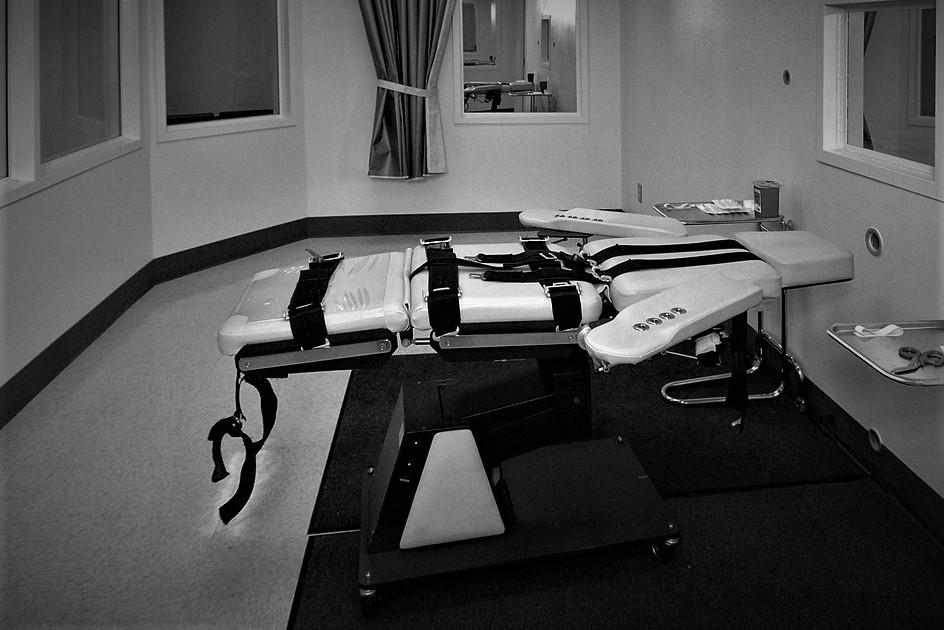 On May 19, shortly after 6 PM, prison guards walked Quintin Jones to the death chamber at the Texas State Penitentiary at Huntsville. There, they strapped the 41-year-old man to a gurney and injected him with pentobarbital at 6:28 PM. He was pronounced dead 12 minutes later.

The state of Texas sentenced Jones to death in Tarrant County in 2001 after he was convicted of beating his 83-year-old great aunt Berthena Bryant to death in 1999. He was 20 years old at the time. It was the first execution in the United States in nearly 30 years without a media presence. Reporters from The Huntsville Item, a local newspaper, and The Associated Press were scheduled to attend as media witnesses. But these reporters were never brought to the prison from an office across the street.

Texas executed Jones despite many, including the victims, asking for clemency.

Jones’ execution was not without controversy. Bryant’s family started a petition that received more than 180,000 people asking Texas governor Jim Abbott to spare Jones’ life. Mattie Long, Bryant’s sister, told an interviewer, “I have forgiven him. I love him very much.” She also said, “I think the governor should spare him, because he has changed and he’s a different person than he used to be.”

Two weeks before Jones was scheduled to be executed, The New York Times published a four-minute video in which Jones asked Gov. Abbott for clemency.

“I know you don’t know me,” he begins. “I’m writing this letter to ask you if you could find it in your heart to grant me clemency, so I don’t get executed on May 19. I got two weeks to live, starting today.”

He goes on to talk about what he has learned and who he has become during his time on death row.

“How can you say, ‘Well, you killed someone 20 years ago, so you deserve to die.’? I’m nothing like that person. I became a man on death row, so now you killing the man, and not the child.”

Texas has executed more than 50 people since Abbott took office in 2015. He has granted clemency to just one person on death row—Thomas Whitaker.

Whitaker was sentenced to death for the shooting deaths of his mother and brother in 2003 in Fort Bend County. The gunman also shot his father in the incident, but he survived. Whitaker planned the murders with his roommate who then shot the family members as they arrived home from dinner together. At the time, Whitaker told authorities that the shooter was a Black man.

But Kent Whitaker wrote to the Texas Board of Pardons and Paroles asking for clemency for his son. And on February 18, 2019, 45 minutes before he was scheduled to be executed, Gov. Abbott commuted his sentence to life imprisonment, sparing his life.

“The lack of consistency in the application of grounds for clemency — where clemency was recommended and granted for Whitaker, who is white, and rejected for Mr. Jones, who is black — presents a legally cognizable claim that Mr. Jones’s race played an impermissible role in the Board’s denial of his application for clemency,” said the filing.

Race plays a major role in who gets the death penalty in the United States.

Quintin Jones’ case would certainly not be the first death penalty case in which race played a deciding factor. Despite Black people constituting just 12% of the U.S. population, around 35% of the people executed since 1976 have been Black. According to data from the ACLU, Black defendants are four times more likely than White ones to receive a death sentence.

This is not a new trend. Earlier in the twentieth century, courts still applied death sentences for the crime of rape. During that time, 89% of executions for rape featured Black defendants—and most of the time for the rape of a White woman.

Race also plays a major role in who gets clemency.

Black people aren’t just more likely to receive the death penalty, they’re also less likely to receive clemency when they do. ProPublica conducted an investigation into the matter at the national level in 2011. In its report, it found that “White criminals seeking presidential pardons over the past decade have been nearly four times as likely to succeed” and “Blacks have had the poorest chance of receiving the president’s ultimate act of mercy…”

The death penalty is incompatible with the idea of rehabilitation.

On a systemic level, the unequal application of the death penalty is yet another example of the racism inherent to the American justice system—and perhaps to its most severe consequences. But on an individual level, the existence of the death penalty would seem to be oxymoronic within a system that purports to be about rehabilitation. Put quite simply, rehabilitation is impossible once a person’s life ends.

The act Quintin Jones committed when he was 20 years old was, by his own accounts, horrific. But according to many who knew him, he had grown as a person to become a beloved family member and pen pal to many. His plea to Gov. Abbott to spare his life reveals a man who, at the very least, understands the pain he has caused others and who expresses a desire to live a more meaningful, productive life. In other words, Jones grew in exactly the way that prison systems say they want those in custody to grow—and made amends with the family of his victim in the process.

And yet, on May 19, shortly after 6PM, guards at the Texas State Penitentiary at Huntsville marched him down a long corridor into a small room where they strapped him to a gurney and killed him. Before his death, Jones issued his final statement:

“I was so glad to leave this world a better, more positive place. It’s not an easy life with all the negativities. Love all my friends and all the friendships that I have made. They are like the sky. It is all part of life, like a big full plate of food for the soul. I hope I left everyone a plate of food full of happy memories, happiness and no sadness. I’m done, warden.”