The Racial Justice Act: Its Origin and State Interpretations 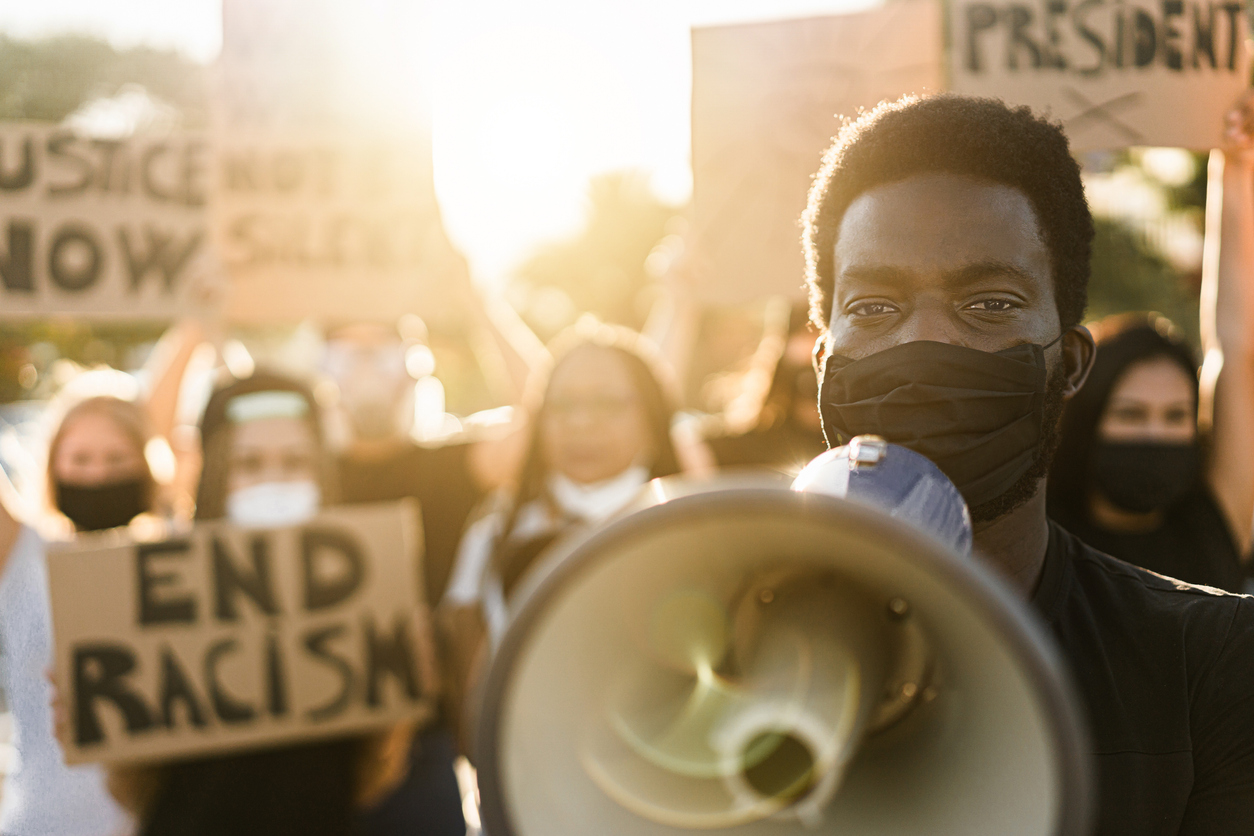 09 Mar The Racial Justice Act: Its Origin and State Interpretations

Racism is a large part of the United States history. Unfortunately, it has not gone away. Sometimes this racism is outright, and sometimes it is systemic. One way racism shows up today is through criminal cases involving the death penalty. And U.S. Supreme Court precedent does not make it easier to combat racist tendencies in death penalty cases. But states across the country have passed legislation aimed at addressing racism in death-penalty sentencing. These laws, often referred to as “the Racial Justice Act” or something similar, aim towards providing solutions. Currently, several states are at different stages with these laws. Their level of progress ranges from considering them to repealing them.

The Death Penalty, Racism and the U.S. Supreme Court

There is some important federal background necessary to know before explaining what these Racial Justice Act laws are. One of the first turning points for racism and the death penalty came in the case Furman v. Georgia (1972). The case brought up a constitutional issue, specifically with the Eighth Amendment’s ban on cruel and unusual punishment. Based on a 5-4 majority decision, the death penalty could be unconstitutional when applied in an arbitrary or discriminatory manner. This was a big win for racial justice advocates because several judges considered race a discriminatory factor in death penalty cases. Former Associate Justice Potter Stewart explained that the cases before him certainly were influenced in one way or another on race. Because of Furman, race could be used to fight death penalty rulings and their discriminatory nature.

However, the precedent of Furman only lasted a few years before reverting back to previous sentiments with McCleskey v. Kemp (1987). McCleskey, a Black man, was on trial for murder in Georgia. As part of McCleskey’s defense, statistical evidence given to the Court correlated race to likelihood of receiving the death penalty. Yet the Court determined that statistical evidence was not sufficient for McCleskey’s case because it focused on the Georgia criminal system. Rather, the Court determined that he would have to show that someone in his own case acted in a discriminatory way. The precedent McCleskey leaves is one where fighting systemic racism is an uphill battle. And the burden of proof falls heavily on minority defendants.

Impact Of Race On Death-Penalty Rulings

Since the McCleskey ruling, there is only more evidence showing how judicial systems throughout the country disproportionately target minorities. According to the ACLU, people of color comprise about 43% of all executions since 1976. Further, people of color make up 55% of those on death row. Not only does the race of the defendant matter, but the race of the victim as well. A Death Penalty Information Center report shows that cases with White victims more likely impose the death penalty than cases with Black victims. However, a report done by Statista Research Department reveals that Black males are twice as likely to be victims of gun-related death than White males.

What The Racial Justice Act Combats

Despite the outcome of McCleskey, it is not necessarily the end-all-be-all legacy in every state. A Racial Justice Act is one way states can add protections for minority groups in current and future death penalty cases. The Racial Justice Acts in several states allow for evidence of racism in a judicial system to be used in a defendant’s case. Discrimination proved pursuant to a Racial Justice Act can relate to the sentence itself or discrimination within the jury selection process. To date, four states have a history with this type of legislation.

Kentucky was the first state to implement a racial justice act.

Kentucky was the first state to implement a Racial Justice Act in the country in Mar. 1998. According to a report done by the Winston-Salem Journal, support for creating a Racial Justice Act law began around 1992. Lobbyists for RJA found that black defendants charged with killing white victims statistically had a higher chance of receiving the death penalty. Further, while black defendants were only 7% of the state’s population, they comprised 26% of those on death row.

But Kentucky’s Racial Justice Act was controversial from the start. The opposition believed that the act was a way to backhandedly end the death penalty. Meanwhile, supporters looked at statistics throughout the state to show the law was necessary. Ultimately, the Racial Justice Act became law and still remains active today.

The Racial Justice Act in Kentucky allows for statistical evidence to show that race impacted the decision to impose the death penalty. In cases where race is a factor, the death penalty cannot be a sentence for the defendant.

However, there are several drawbacks. First, the law actually requires the individual to prove racist discrimination in their own case. As a result, people cannot use statewide evidence of discriminatory patterns as evidence of discrimination in their case. The burden of proof is high for those who want to argue that their case triggers the act’s application. Another issue that comes with Kentucky’s version of RJA is that they do not keep any data. Because there are no statistics on Racial Justice Act cases in Kentucky yet, it is difficult to revise the law and improve its efficiency and effectiveness. Lastly, the law is not retroactive. Those sentenced to death before its passing in 1998 can only raise a claim before trial.

North Carolina has had ups and downs with its racial justice act.

North Carolina was the second state to pass a Racial Justice Act law in 2009. However, the state’s law diverged from Kentucky’s on several grounds. First, North Carolina’s law was retroactive. Second, the law allowed statistical evidence outside of a defendant’s individual case for hearings. When having to show such information, it would be possible based on the state’s history in jury selection. According to The Marshall Project, North Carolina explicitly did not allow for black jurors to be an important part of any hearing, and prosecutors often attempted to exclude Black jurors. This was to have a more white jury. These juries showed to be more likely to accept any evidence and convict if a defendant is black. Showing discriminatory behavior throughout North Carolina courts, then, was not necessarily a high burden of proof on a defendant.

One of the most notable cases involving North Carolina’s Racial Justice Act is about four different defendants in the state, all from Cumberland County. After looking at their cases in 2012, a judge changed their sentence from the death penalty to life without parole, showing that race was an undeniable factor in their sentencing.

However, in 2017, those same four defendants faced death row sentencing again from a different judge. North Carolina lawmakers repealed the Racial Justice Act in 2013. The reason Racial Justice Act was repealed was due, in significant part, to a new Republican-dominated North Carolina legislature, according to the American Bar Association. The repeal was retroactive to all who filed cases under the law, including Robinson and the other three who sought relief under the act.

The four cases went back to the North Carolina Supreme Court in 2019, including two new cases. However, some officials contended that the discrimination the men faced, including one juror calling a defendant a “big black bull,” was moot because of the repeal. However, the case In North Carolina v. Ramseur (2020), full protections came to those who had filed cases before 2013. This was a victory for over 100 people who wanted to file under Racial Justice Act but had been too late because of its repeal. The four other Cumberland County cases are waiting for their day in court yet again.

California is considering its own version of the racial justice act, too.

Two other states are currently looking to add their own versions of a Racial Justice Act to their respective state’s laws. California recently enacted its own version of such a law. In Aug. 2020, three racial justice-related bills entered the legislature. The last of these three was a California version of a Racial Justice Act. On Mar. 13, 2019, Governor Gavin Newsom placed a moratorium on executions in the state.

The bill, AB-2542, prohibits the state from obtaining a conviction or imposing a sentence based on one’s race, ethnicity or national origin, according to the Death Penalty Information Center. The bill passed through the assembly with 76-0 in its favor. However, later amendments make it only apply to future cases. According to the bill’s sponsor, Ash Karla (D-San Jose), in an interview with San Jose Spotlight, said that the bill was made because “the unintentional systemic biases … are even more pervasive and damaging” compared to the intentional bias of individual cases. The bill came alongside two other bills that focus on ending discrimination in jury selection and revisions to California’s intellectual disability statute.

Texas is considering a similar law as well.

Texas may be adding a Racial Justice Act to their law books, too. In the 2021 legislative session, the Racial Justice Coalition (RJC) is looking to push Texas to implement such a law based on their discriminatory statistics. More than 72% of those on death row in the state are people of color according to RA News. Based on a study from the Houston Law Review, a black defendant’s race can increase his chance for capital punishment by up to 75%. Further, similar to North Carolina, black defendants are underrepresented in jury pools.

As Megan Rollag, director of RJC in Texas said, “When our justice system applies the law equally only for some, it is an injustice to all. Systemic inequality persists because, even if all actors play by the rules, the system itself has not accounted for unequal and unjust outcomes.” There have been no outcomes yet at the time of reporting.