Breaking Down ‘Defund the Police’ and Community Supervision Programs 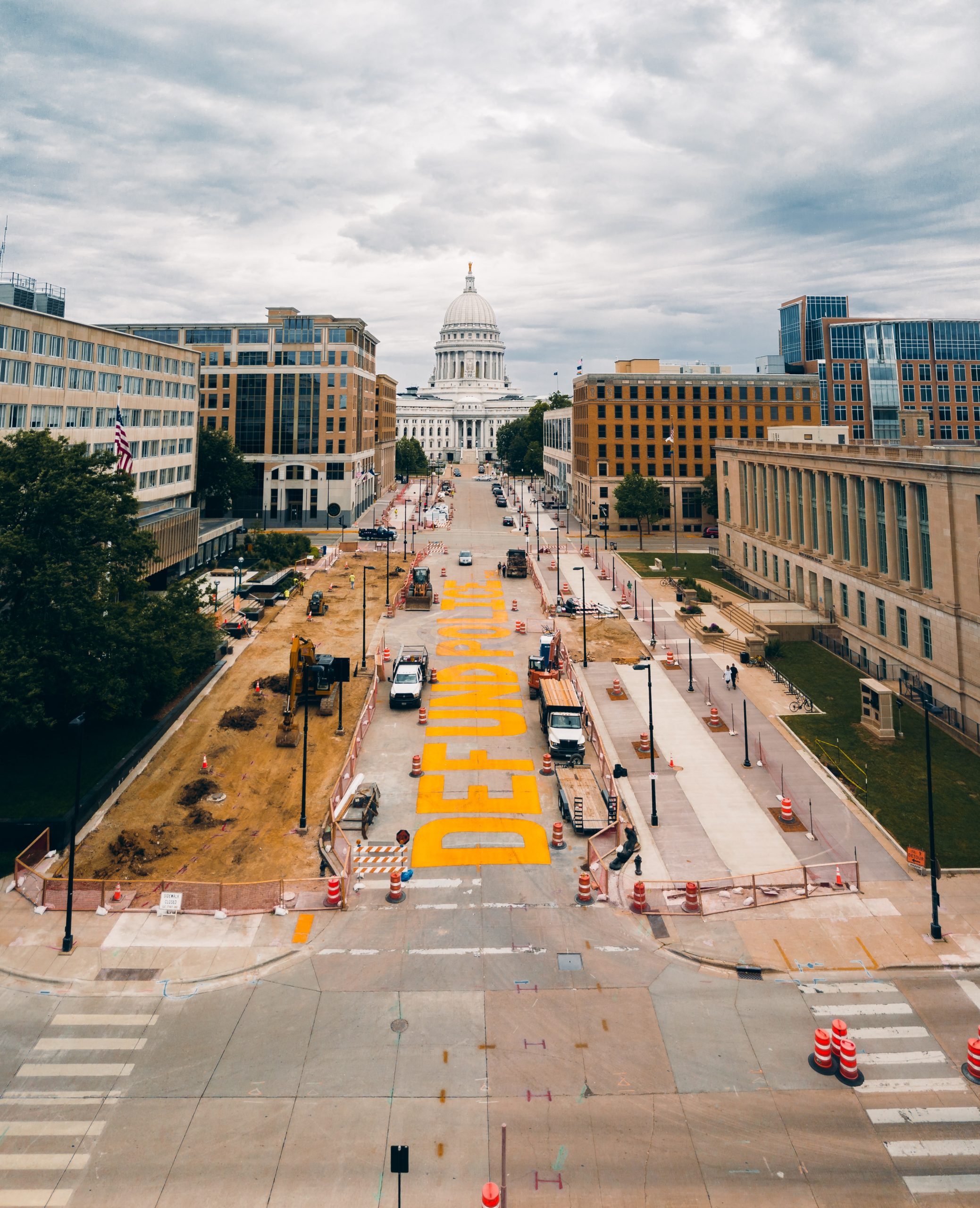 20 Apr Breaking Down ‘Defund the Police’ and Community Supervision Programs

Over the last year, phrases like “abolish the police” and “defund the police” have taken hold in conversations about American politics. One thing that’s clear in those conversations is that not everyone has a firm grasp on what these phrases mean or what the alternatives are. Policing is so entangled with the American sense of justice that many people struggle to visualize a country that is safe but doesn’t rely on huge police budgets to achieve it. Others may not understand why non-white Americans so readily describe the police as a racist institution. But if Americans are going to make informed decisions about police reform, they need to have context for movements like “defund the police.”

Racist Origins and the Call to Defund the Police

Most people, both here and abroad, are all too familiar with the racial tension between the police and people of color. This is especially true between Black communities and local police. While most non-white communities have historically violent and traumatic histories with the police, movements like Black Lives Matter have put the treatment of Black Americans by police into the spotlight.

For many Americans, these issues may seem relatively new. The truth, though, is that policing as we know it in America was created primarily to catch escaped slaves. So when Black communities call to defund the police, they’re pushing to eliminate a historically racist and oppressive institution.

Starting as far back as the 18th century, slave patrols policed the southern half of the United States with one expressed purpose: enforcing laws related to slavery. This included tracking down and returning escaped slaves as well as dispelling any hints of rebellion. These patrolmen acted with impunity, using whatever means necessary to get the job done. They had no regulations like probable cause or illegal search and seizure. And while they were most popular in the South, every state with legal slavery had these patrolmen.

After slavery, these patrols ended for a brief period. But a new form of local police sprang up by the end of the 19th century. Municipal police did not investigate crime as part of their job. Instead, their job was to enforce order. The communities charged with disrupting that order were overwhelmingly non-white and poor. Police officers, on the other hand, were almost entirely white middle-class men. Again, there were few regulations, and these local police departments brutalized vulnerable communities at will. This continued well into the 20th century.

Generational violence at the hands of police is endemic to non-white communities, making it almost impossible to restore trust in American policing.

By the middle of the 20th century, almost every city had some form of police. Though slavery had been abolished decades earlier, modern police departments enforced Jim Crow laws. These laws were specifically designed to target Black citizens. That meant that local police were frequently interacting with Black communities — and not in a good way. They defended the interests of white America violently. This perpetuated perceptions of the police as an unofficial security force for whiteness. To make matters worse, local police rarely investigated the hanging or murder of Black citizens.

The picture hasn’t changed much. State and local police departments are still disproportionately white. Accusations of police misconduct and blatant racism are rampant. Following the attack on the capitol, police reform activists pointed out that the FBI had long warned that white supremacists infiltrated police departments strategically. In fact, the FBI even warned the White House of credible threats leading up to the attack. Now, the investigation is uncovering that some police officers were involved as people flooded into the Capitol. For community activists, this is unsurprising. And it’s precisely why calls to defund the police are getting louder.

Defund the Police and Reroute City Budgets to Community Programs

Even those who understand the generational violence and racial underpinnings of American policing struggle with the push to defund the police. On the surface, propaganda presents police officers as the arbiters of American justice. If their purpose is to keep communities safe, then getting rid of them will make communities more dangerous, right? Actually, no. Research shows that community programs can actually do more to reduce crime and protect citizens. This is, in large part, because many laws target those with mental health or addiction issues.

Police departments don’t properly train officers to properly respond to people experiencing mental health crises or struggling with addiction. Likewise, prison staff are not adequately trained, and prisons are not equipped with mental health professionals, to treat mental illness. Many have programs meant to help control addiction, but their effectiveness is questionable at best. That’s why one of the most prominent strategies to defund the police emphasizes reallocating funds to community treatment centers. Instead of arresting people with mental health or addiction issues, health professionals would help them get into centers where they could get the care they need.

Mass incarceration is a significant problem in America. Statistics show that prisoners with mental health issues or a history of addiction make up the vast majority of most prison populations. For these individuals, efforts to defund the police go hand in hand with decriminalizing addiction and de-stigmatizing mental health. It only works if we change the conversation. Drug addicts are not inherently dangerous to the community. They’re a danger to themselves, and they’re suffering from real, physical problems that require health professionals. Someone suffering from a mental health issue is not inherently dangerous to the community, either.

Politicians are wary of addressing efforts to defund the police and blame the movement for waning support during last year’s election.

Following the 2020 election, a number of Democratic politicians lambasted colleagues for their support of defunding the police. They viewed the conversation as divisive and argued that their narrow wins were a direct result of prominent Democrats embracing anti-police rhetoric. Of course, there’s nothing anti-police about the desire to reallocate funds to community programs and decriminalize mental health or addiction. If anything, it relieves pressure on police departments and helps control prison populations.

Opponents of the movement are quick to invoke fear, suggesting that no one will protect citizens if we defund the police. But statistics don’t seem to support that work.. Strategies like body cams and increased training haven’t reduced misconduct or increased accountability. For some, it often feels like implicit bias and racial prejudice are so embedded in policing that officers enter situations already primed to use violence. This violence is disproportionately aimed at Black males, but it also affects other non-white citizens routinely.

While some have suggested community policing. Community programs are not cheap, but they are significantly cheaper than police departments. Many cities pay out millions in police misconduct settlements alone. Instead of routing these funds to police, advocates for police reform recommend investing the money in public schools, community healthcare and rehabilitation programs.

For many, police reform is a fairly new conversation. While non-white communities have been practicing and advocating for police reform for decades, much of white America entered the discussion with the visibility of Black Lives Matter. It’s understandable, then, that the messaging confuses many would-be advocates. While police reform activists call to defund the police, there are also those pushing to abolish the police altogether. The difference may seem subtle, but it’s also very important to the goals of each movement.

Abolishing the police involves completely eliminating state and local police forces nationwide. The reasoning behind this movement is that policing and white supremacy are so interconnected that reform measures simply won’t work. For some who want to abolish the police, their views are the perspective of a larger distrust with the justice system as a whole. They want to put power back into the hands of communities. But that doesn’t mean they support community policing. Rather, these advocates want to use community support systems to ensure safety and address local issues themselves. This could include rehabilitation, support groups and even community food banks.

Defunding the police, on the other hand, is part of an effort to reform policing in America. Advocates of the movement do not always support abolishing the police. But they do want to divest in police departments so that states can allocate funds to more beneficial community programs. Recent data indicates that only about ten percent of emergency service calls involve violent crimes. That means that 90% of what police respond to is nonviolent. In most cases, health and mental health professionals could potentially respond to these calls more effectively.

Even when responding to nonviolent calls, police interaction can lead to violence.

Sometimes, the mere presence of police escalates the situation. Health professionals respond in order to treat people in need. The same is true of community members. If we defund police departments and route more money into community programs, after-school programs and public schools, then we are building a foundation of first responders whose priority is treatment, not enforcement. States slash school budgets on an annual basis, yet police budgets continue to rise.

It’s true that some individuals in society are violent. But it’s also true that some police officers are violent. They are violent towards people in mental health crises and those suffering from addiction. As a result, prisons house thousands of addicts who could benefit more from treatment than incarceration. Defunding the police is not an anti-police movement. It’s a pro-community movement. The goal is to help people rather than punish them for needing help in the first place.