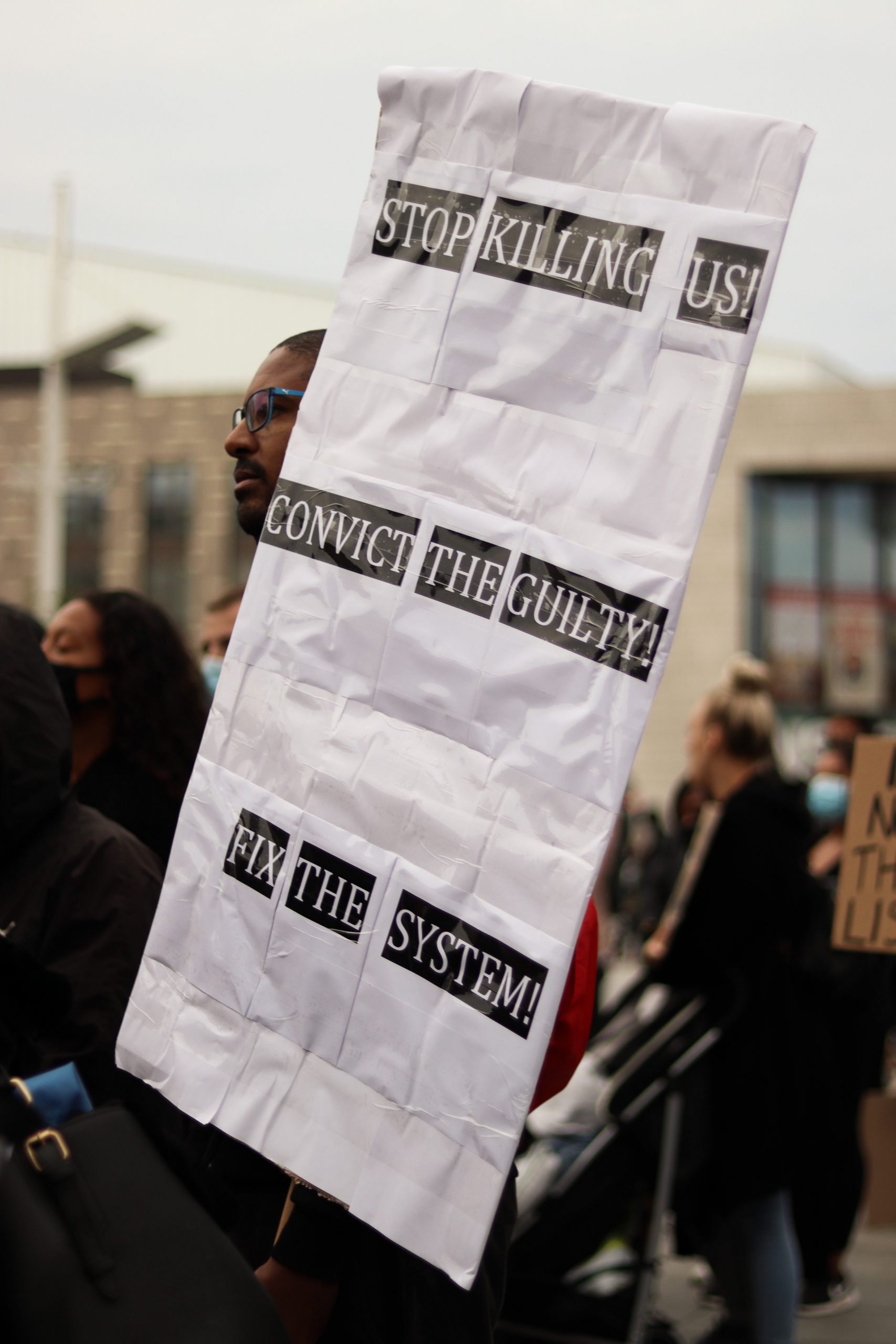 Many Americans continue to call for greater police accountability, and some want to defund police departments. These efforts have put city budgets in the spotlight. Now, more than ever, Americans are aware just how much police misconduct costs taxpayers. The most alarming part, though, is that few officers pay damages out of their own pockets, and even fewer face accountability outside of monetary settlements.

The Hidden Costs of Police Misconduct

Throughout 2020, several independent studies called attention to just how much cities spend due to police misconduct. Some types of misconduct that result in monetary settlements include false arrests, police brutality, use of force, and civil rights violations. Following the murder of George Floyd in May 2020, protests erupted across the country. It also fueled calls to record all police interactions. Now, the potential for civil rights violations cases are at an all-time high. Unfortunately, it’s taxpayers who will foot the bill.

“The taxpayers are going to bear the brunt for the cost of police brutality,” said Sanford Rubenstein, a New York attorney. Over his career, Rubenstein has helped victims of police brutality win millions of dollars. In 2019 alone, police misconduct lawsuits cost the New York Police Department about $180 million. And that money comes out of regular citizens’ pockets. “In New York City at least, it’s not like the police’s budget. Budgets for settlements … comes from the city, and that’s taxpayer money,” explained Jennvine Wong, an attorney who focuses on police accountability.

Though the goal is to hold individual officers accountable, a practice called ‘qualified immunity’ prohibits officers from contributing to the settlements that their victims receive. Even when police officers contribute to the settlement, the amount is miniscule. In most cases, the officers are allowed to continue working for the department and rarely face other consequences. The cost of police misconduct, ironically, lies squarely on the shoulders of the people filing misconduct claims in the first place.

Comptroller for New York City, Scott Stringer, pleaded with Mayor Bill de Blasio to cut the New York Police Department budget by more than $1 billion and reinvest it in community projects. This is part of a larger effort to defund the police. In his letter, Stringer writes that “Acting aggressively to identify and hold officers accountable for police misconduct will not only save dollars for future lawsuits, it will spare many New Yorkers the needless pain and suffering stemming from the unnecessary use of force or other violations of civil rights.”

Before cities can hope to hold officers accountable, they have to take a hard look at qualified immunity. “Immunity breeds impunity for these police,” argued attorney Ben Crump. And it’s not just New York taxpayers who are contributing to millions toward the cost of police misconduct. The Los Angeles Police Department paid out almost $100 million in settlements for cases of alleged misconduct. They have also noted a 24% increase in the number of civil rights cases against police. In other words, the cost of police misconduct is rising as people become more concerned with police accountability.

The Chicago Police Department has awarded over half a billion in settlements for police misconduct. And the cost is growing every year. That’s why cities are looking for concrete police reform. “We’re not just saying ‘okay, here’s another settlement. Good job negotiating’ and move on. But really look at the deep seated issues within the department to start rooting out those problems,” says Scott Waguespack, the Chicago City Council Finance Committee Chair. Across the country and in the United States Congress, police reform bills are popping up with more and more frequency.

Some states are eliminating qualified immunity and changing the way they respond to curb the cost of police misconduct.

Colorado recently passed a law that eliminates qualified immunity. Now, police officers may pay as much as 5%, or up to $25,000, of the judgment. The more important part of the law, though, is that police departments must take a more active approach in cataloging and responding to police misconduct. Officers with numerous accusations of excessive force or civil rights violations could face termination. Now, a handful of lawmakers are trying to push a bill through Congress that would eliminate the practice nationwide.

Around the country, city and state policies aim to decrease police interactions. This is especially true for those experiencing a mental health crisis or problems associated with addiction. These police reform efforts are a direct response to increased attention to how police officers engage with the mentally ill. They also look to address issues related to mass incarceration. In some cities, the police can no longer detain people for issues related to addiction. They also cannot arrest people experiencing a mental health crisis. Instead, cities are using trained mental health professionals and mandating that certain individuals be taken to rehabilitation or psychiatric centers instead of jail.

Reallocating funds from police departments to community centers may seem like a one-to-one trade-off. The reality, though, is that these shifts could save taxpayers big. That’s because many of the hidden costs of police misconduct lie in their treatment of addicts and the mentally ill. Police officers cannot always reason with people under the influence or struggling with mental illness. Many turn, instead, to use of force as a way to get individuals to comply. Families then sue the city for police brutality and civil rights violations.

Cleveland police drew the nation’s attention after two officers shot and killed 12-year-old Tamir Rice while he sat on a playground. While the family received a substantial payout, they were hopeful that the attention Rice’s murder received would result in legitimate change to police accountability. Unfortunately, the numbers tell a different story. Cleveland is trending up with each year, paying more and more in settlements and judgments.

According to a recent analysis of the cost of police misconduct across the country, one reason that cities continue to struggle with large settlement budgets is a lack of record keeping. The authors argue that most cities don’t even realize how much they spend each year because many don’t track these costs from year to year. Another big problem buried in the cost of these settlements is how these payouts relate to police misconduct. It would be easy to assume that cities with lower settlement amounts have fewer issues with police misconduct. But the truth is far from simple.

UCLA law professor Joanna Scwartz explains that the correlation between settlements and police misconduct are misleading at best. This is because settlements are not standardized. Citizens in liberal parts of the country are more likely to receive a payout. And it’s more likely that those payouts will be large. It follows, then, that settlements are rare in more conservative parts of the country. This doesn’t mean that conservative areas have fewer instances of misconduct. It just means that the police are less likely to be held accountable.

Dozens of factors affect whether or not police departments settle police misconduct cases and how likely judges are to award victims a payout.

Another key factor hidden in the cost of police misconduct is that some cities have caps on how much victims can receive. Some states are famously protective of police officers. These states are not just less likely to rule in favor of victims. They’re also less likely to face lawsuits because citizens don’t believe that police officers will be held accountable. Likewise, citizens may not have the money to sue the city. While attorneys willing to take on police misconduct cases are common in New York, the same isn’t true somewhere like rural Mississippi.

In cities where the public has little trust in the police department, cases against the police are rare. Unless an instance of police brutality or excessive force makes national headlines, citizens may see little purpose in suing the city. They may even fear retaliation if they levy accusations of police misconduct. This is especially true in cities with historically tense relationships between police and civilians. Generational abuse at the hands of police often normalizes police misconduct, and only the most egregious cases result in lawsuits.

One other factor is the lack of a standard definition for police misconduct. Some states may allow certain actions that other states view as excessive force or abuse of power. No-knock warrants, for example, are legal in some states and outlawed in others. In the case of Breonna Taylor, her family received $12 million in a settlement with the police department. Despite this large payout, the city refused to charge the officers involved because, in the city’s view, their conduct did not technically violate state laws.

The future of police accountability is up in the air, but recent proposals show that justice reform is a major issue for Democrats across the country. Bills that stalled in committee during the 2018 and 2019 sessions of Congress may finally have a chance at making it to the president’s desk. Many states, especially those trending Democrat in recent elections, show that they are not willing to wait for federal reform. These local efforts, and public reactions to them, will likely set the stage for any national legislation in the months to come.